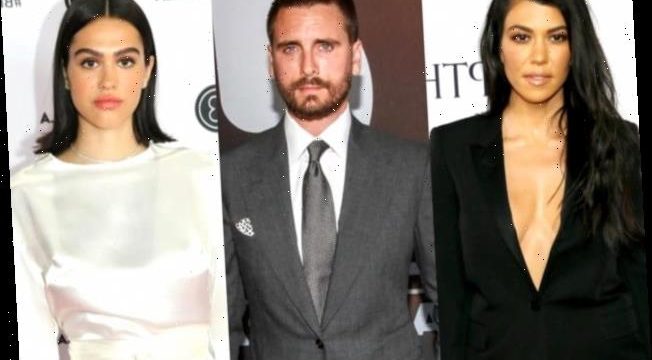 There’s nothing new about men in Hollywood dating much younger women.

But with his current relationship Scott Disick is really testing the limits of our willingness to accept large age gaps and creepy behavior.

As you’ve probably heard by now, Scott is 37, and Amelia Hamlin is just 19.

That’s pretty creepy on its own, but making the situation even weirder is the fact that Scott has known Amelia since she was a child.

(In some respects, she still is a child, but you know what we mean,)

Amelia is the daughter of Real Housewives of Beverly Hills star Lisa Rinna, which means her family belongs to the same social social circle as the Kardashians.

She might have been friends with Kylie and Kendall growing up — were it not for the fact that Amelia is several years younger than them.

But gross arithmetic like that is clearly not enough to deter Scott.

In fact, these two aren’t just hooking up, they’re in a full-blown relationship.

And now that they’re “Instagram official” as the kids say, it looks like they’re hastily speeding past the usual milestones of a “serious” relationship.

Earlier this week, Amelia posted the photo below along with a caption that clues into just how serious this situation has become:

Not exactly the sort of remark one makes about a casual fling.

As for the parties who migh object to this relationship — namely, Amelia’s parents, and Scott’s baby mama — it seems they’re gradually warming to the idea of this highly unorthodox romance.

According to a new report from Life & Style, Amleia has “already met” Scott’s kids on multiple occasions.

Recently the whole crew took a trip to Florida togther, and it seems everyone hit it off.

“Miami was super special for her because they really got to spend quality time together and bond,” an insider tells the tabloid.

“And it was nice for them to do it in different surroundings, too! She loves being around them and they think she’s awesome and super fun,”

“She’ll always be ‘mom’ and no one will ever take that away from her. Amelia respects Kourtney and would never try to replace her. She knows where she stands,” the insider adds.

And it seems that Amelia received Kourtney’s approval before the Miami trip.

“Kourtney and Scott have this rule where they have to meet each other’s partners before the kids are introduced to them,” the source reveals.

While Kourtney apparently had some initial concerns about Amelia’s youth, she now believes “she’s responsible enough and a good influence on Scott.”

As for the rest of the Kar-Jenner clan and Amelia’s parents, it seems they’ve all come around after spending time with the couple.

Something tells us Amelia’s dad is probably less than enthused, but maybe that’s a conversation for another time.