It appears Jennifer Garner was the definition of booked and busy this weekend while her ex-husband Ben Affleck quietly married Jennifer Lopez. The Catch Me If You Can star enjoyed a summer getaway in Lake Tahoe, California, and spent her time parasailing, biking around, and generally winning at life. Jennifer took to her Instagram Story to share her adventures with her 13.3 million followers, who got a glimpse of the actor dipping her toes in beautiful, light blue water in addition to a smiling selfie of Jen in a helmet and surrounded by nature. S’cute! 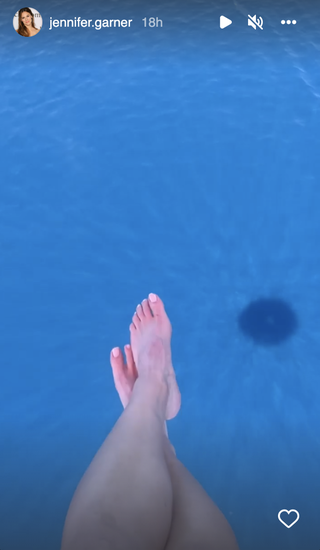 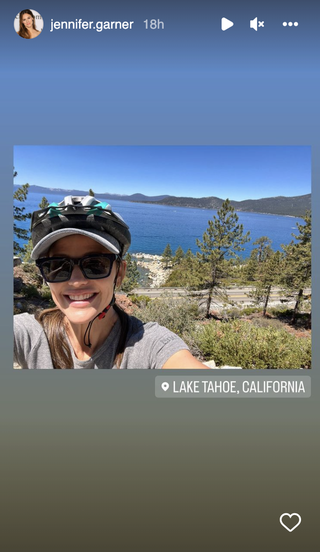 Meanwhile, Ben and J.Lo visited Las Vegas for a v chill drive-through wedding ceremony on Saturday around midnight at the iconic Little White Chapel. “They both thought it was a fun and casual way to tie the knot,” a source told Us Weekly after the nuptials.

A refresher: Ben and the Marry Me actor first got engaged in 2002 when he proposed with a truly iconic pink ring that remains on my Pinterest board to this day. However, the two called it quits in 2004 and remained on friendly terms before reconnecting romantically following J.Lo’s breakup from her ex-fiancé Alex Rodriguez last April.

As for the other Jennifer aka Jen Garner, she and Ben wed in 2005, only one year after his initial split from J.Lo. (If you’re having trouble keeping up, I can assure you that this is basically live footage of me trying to connect the pieces the first time around:)

Anyway! Ben and Jennifer remained married for 10 years and welcomed three kids together—daughters Violet, 16, and Seraphina, 13, and son Samuel, 10—before announcing their separation in 2015 and finalizing their divorce in late 2018. Though Ben went on to date a number of people, including Saturday Night Live producer Lindsay Shookus and fellow actor Ana de Armas, Jen Garner has had a more low-key ‘ship with businessman John Miller for several years. This past May, an insider even revealed to Us Weekly that “[Jennifer] loves how little [John] cares for the limelight or the whole Hollywood scenester stuff.” They added that the duo’s romance is “very different from Ben and J. Lo’s relationship in that way. You’ll never see them ham it up for the cameras or fixate about what events to attend together, it’s just not their style.” Jennifer Garner is truly winning at life, and TBH I’m here for it!