Hidden cameras in Airbnbs is a hot-button issue lately, but apparently, they’re nothing new — at least according to two renters, who say they were illegally taped by their host.

A couple is suing the host of an Airbnb rental property in Maine, claiming the guy installed a secret recording device in the main bedroom of an apartment they stayed in back in 2020 … which they worry was rolling during hanky-panky!

In legal docs, obtained by TMZ, Kayla DeCristofaro and Ian Kelly say they rented a pad from a guy named Peter Madden around mid-September in Westbrook, ME … only to later learn the guy was later charged with seven counts of violating privacy using an inside device.

The couple claims they had no knowledge of this at the time … not suspecting anything was amiss and carrying on with their stay like normal — including getting busy in the bedroom, among other intimate moments in which they were undressed and/or having private convos.

Welp, about a month later … DeCristofaro and Kelly allege they were contacted by the local police, which they say informed them that Madden had a camera hidden in a clock radio in the bedroom … with a full view of the bed, and which was apparently filming. 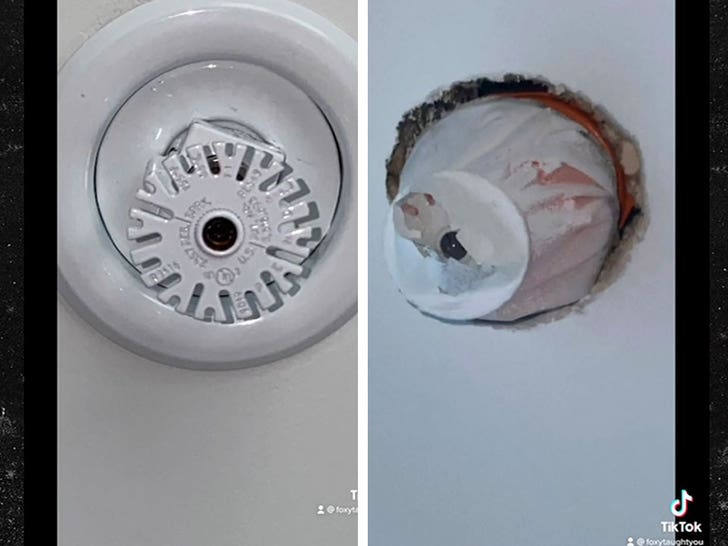 The pair say they were never told about any cameras from either Madden or Airbnb, and insist they had a reasonable expectation to privacy in the home. They’re suing Madden for violation of privacy and emotional distress.

Of course, this has echoes of a woman who just last month alleged there were not-so-secret cameras littered throughout a Philly Airbnb rental — but the company shut her down, saying there was no truth to the matter … a conclusion they say was reached by the authorities.