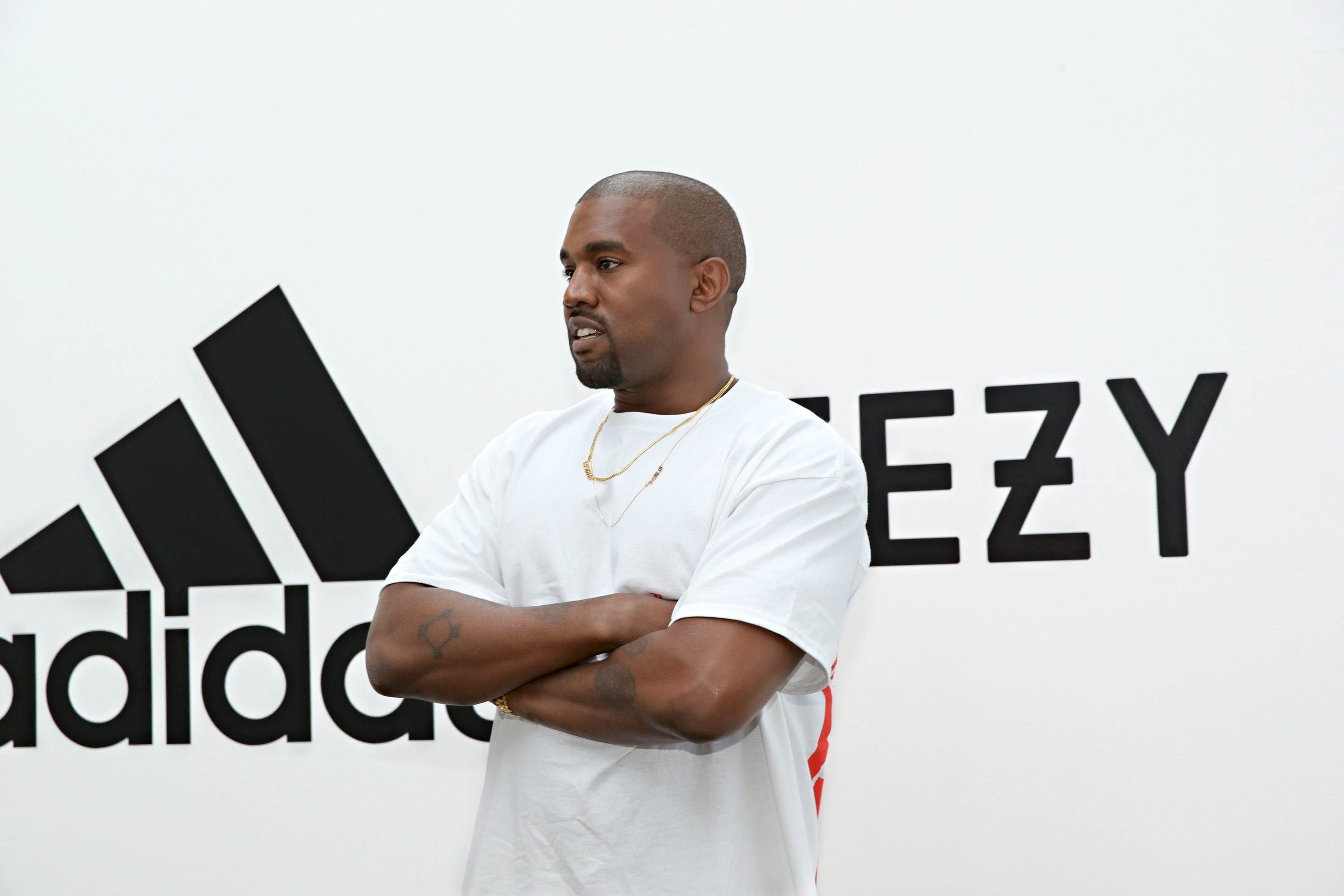 Adidas has ended its relationship with Kanye West after he faced controversy following a string of alleged anti-Semitic comments.

Adidas said in a statement: ‘Adidas does not tolerate antisemitism and any other sort of hate speech. Ye’s recent comments and actions have been unacceptable, hateful and dangerous, and they violate the company’s values of diversity and inclusion, mutual respect and fairness.

‘After a thorough review, the company has taken the decision to terminate the partnership with Ye immediately, end production of Yeezy branded products and stop all payments to Ye and his companies. Adidas will stop the Adidas Yeezy business with immediate effect.

‘This is expected to have a short-term negative impact of up to €250 million (£217m) on the company’s net income in 2022 given the high seasonality of the fourth quarter.

‘Adidas is the sole owner of all design rights to existing products as well as previous and new colorways under the partnership. More information will be given as part of the company’s upcoming Q3 earnings announcement on November 9, 2022.’

It comes after a petition calling for company to part ways with West reached more than 160,000 signatures.

The creator of the petition urged: ‘We, the undersigned, call on Adidas to end its partnership with Ye, formerly known as Kanye West, due to his repeated antisemitic outbursts.

‘By continuing to align itself with a public figure who has revealed himself to be a virulent antisemite, Adidas would be demonstrating that it does not care about racism against Jews.’

West and Adidas have been closely connected for more than a decade, with the rapper building his Yeezy brand in partnership with the company.

According to estimates from Wall Street analysts, Yeezy has accounted for up to 8% of Adidas’ total sales.

The rapper is already said to have been dropped by his talent agency, CAA, and by Balenciaga after opening their summer 2023 show earlier this month.

Lawyer Camille Vasquez, who represented Johnny Depp, is also reportedly now not representing West after he hired her.

According to TMZ, Vasquez told her firm, Brown Rudnick, that she would only represent the rapper if he retracted his comments. He reportedly refused and fired the firm.

During a recent podcast appearance, Kanye claimed: ‘The thing about me and Adidas is, I could literally say antisemitic s**t and they can’t drop me.

‘I could say antisemitic things and Adidas can’t drop me. Now what?’

The sports brand had earlier come out to say its partnership with Kanye was ‘under review’ after he was seen wearing a ‘white lives matter’ T-shirt at Paris Fashion Week.

It said at the time: ‘After repeated efforts to privately resolve the situation, we have taken the decision to place the partnership under review. We will continue to co-manage the current product during this period.’

Kanye first teamed with Adidas at the end of 2013 to create the Adidas Yeezy Boosts. They sold out in 10 minutes.

After working with the rapper for the next couple of years on various Yeezy releases, Adidas officially announced a long-term contracted with West in 2016, which saw the Yeezy brand  include its own stores and apparel.

West’s then wife, Kim Kardashian, also revealed at the time that her husband had gifted her a contract to be a part-owner of Yeezy.

Over the next few years, Yeezy went from strength to strength, with every release causing major buzz. According to estimates from Wall Street analysts, the brand has accounted for up to 8% of Adidas’ total sales.

He showed off his products at fashion shows, which caused a huge amount of hype – but none more so than when he faced backlash this year for wearing a ‘White Lives Matter’ shirt.

Following the stunt, Adidas announced that the pair’s partnership was ‘under review’.

Kanye had doubled down on his comments, before apologising for causing upset, during an appearance on Piers Morgan Uncensored last week.

The presenter was questioned on whether he regretted threatening to go ‘Defcon 3 on Jewish people’ in a post which saw him locked out of both Twitter and Instagram.

At first, West doubled down on his comments, declaring: ‘No, absolutely not’.

She wrote on Twitter on Monday: ‘Hate speech is never OK or excusable. I stand together with the Jewish community and call on the terrible violence and hateful rhetoric towards them to come to an immediate end.’

Metro.co.uk has contacted reps for Kanye West, Adidas, and Brown Rudnick for comment.