Cuban Link was clearly NOT amused by the itty, bitty, ‘lil sh-t’ purse that her boyfriend, 50 Cent, got her – and she put him on blast for such a ‘petty’ move!

Don’t call Jamira “Cuban Link” Haines a size queen, but she clearly was expecting more when her boyfriend, Curtis “50 Cent” Jackson, told her that he got her a brand new bag. “This the typa sh*t he get me when he mad at me,” wrote Jamira at the start of her July 12 Instagram post, one that showed her bag being…smaller than her cell phone. “[What the hell am I] supposed to do with this lil sh*t CURTIS !!!!!” she continued, peppering her message with a variety of emojis that expressed her anger. “Sop playing [with] meeee,” she added, along with the hashtags #littleassbag and #petty.

Though Jamira told Fiddy to “stop playing,” this post was just another chapter in their playful relationship. The couple has trolled each other in the past – and when you’re dating 50 Cent, one of the biggest trolls on the internet, you need to be able to dish it out. For example, the time that Jamira locked Fiddy out of the bedroom because he insulted her homecooked meal. “Oh, now you want to come and lay in the bed? You’re sleeping on the couch [after how] you talkin’ about my cookin,’” she said in an IG clip while Fiddy pleaded to let her back in. Or, there was that time Fiddy teased how “after 3 days of quarantine,” he wished he “never met her at all” after she “keep sending me up and down the stairs too much — f*ck this.” 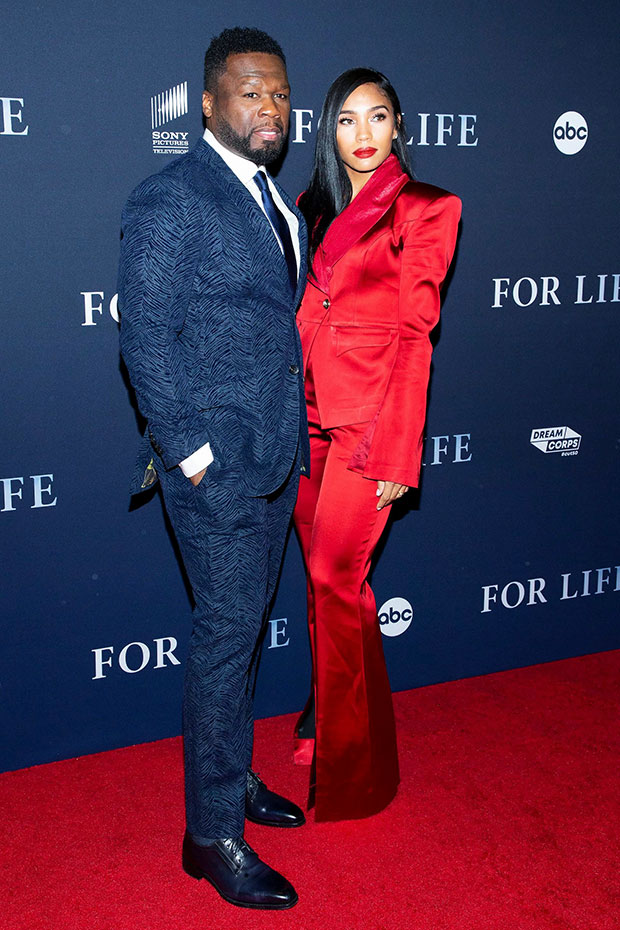 Some people aren’t so forgiving of Fiddy’s online antics. After 50 Cent shared a meme that compared Lil Kim’s outfit at the 2021 BET Awards to an owl, Kim re-shared the meme to her page and called out the “Candy Shop” rapper. After pointing out “the accuracy” of the “hilarious” meme, Lil Kim, 47, said that she isn’t “bothered not one bit. My family [and] friends more mad than me.”

“Sh-t like this don’t move me one way or another cause I’m still a bad b-tch,” she said before turning her sights on Mr. Jackson. “[50 Cent], I see [you] are still in [your] feels about that dinner date [you] asked me on that I had to turn down. Let it go. [You] have a beautiful girlfriend. I have a loving husband. Let it go.”