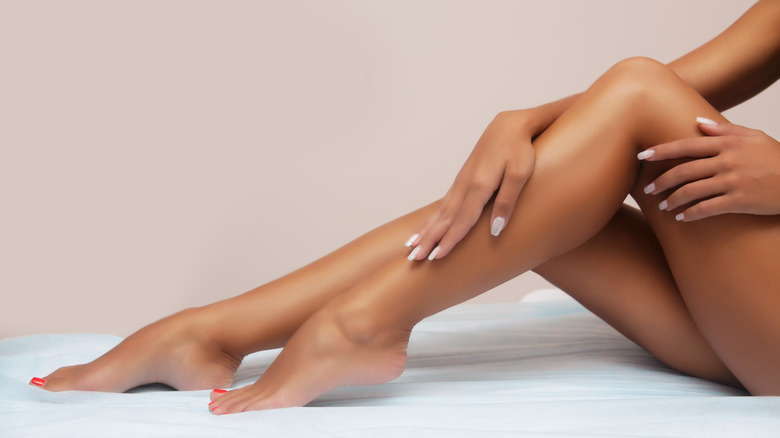 Laser hair removal seems to be all the rage right now. But there’s a difference between professional laser hair removal and at-home laser hair removal and it’s important for you to understand this before investing in any DIY devices — especially since there can be pain involved. As New York-based dermatologist Josh Zeichner told Marie Claire, “Lasers work by emitting a beam of light that is absorbed by a specific target in the skin.” He continued, “In this case, the light is absorbed by pigment in the hair follicle to heat it up and destroy it, so the hair does not grow back.”

At-home laser hair devices should be used with caution 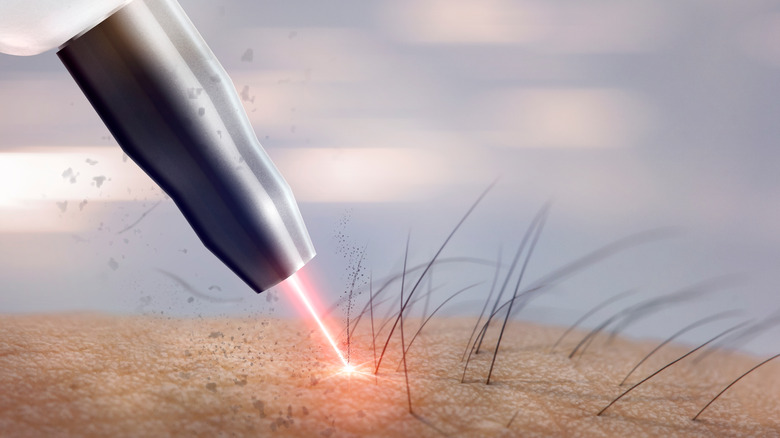 At-home laser hair devices should be used with caution. As dermatologist Marie Hayag of Fifth Avenue Aesthetics told PopSugar, while at-home options are generally safe for use, certain skin tones should stay away.

“I would not recommend using [these devices] if you have a darker skin tone or are tanned, as the pigment on the skin will compete for the pigment in the follicle — these devices are not that smart,” she said. Hayag continued by saying that when you opt to do laser hair removal at home, you increase your risks of side effects including blistering, burning, scabbing, and hyperpigmentation — just think of how much you’ll want to scratch and pick at your skin. No thanks!

It’s for this very reason that you should never laser the same area twice. As Annie Chiu, board-certified dermatologist and founder of The Derm Institute in Los Angeles, told Harper’s Bazaar, “Doubling up on an area won’t speed up results.” Be sure to look after your skin and don’t forget to moisturize post-laser session, just as you would post-shaving. So think twice before you opt for DIY at-home laser hair removal — sometimes, things should be left to the professionals.