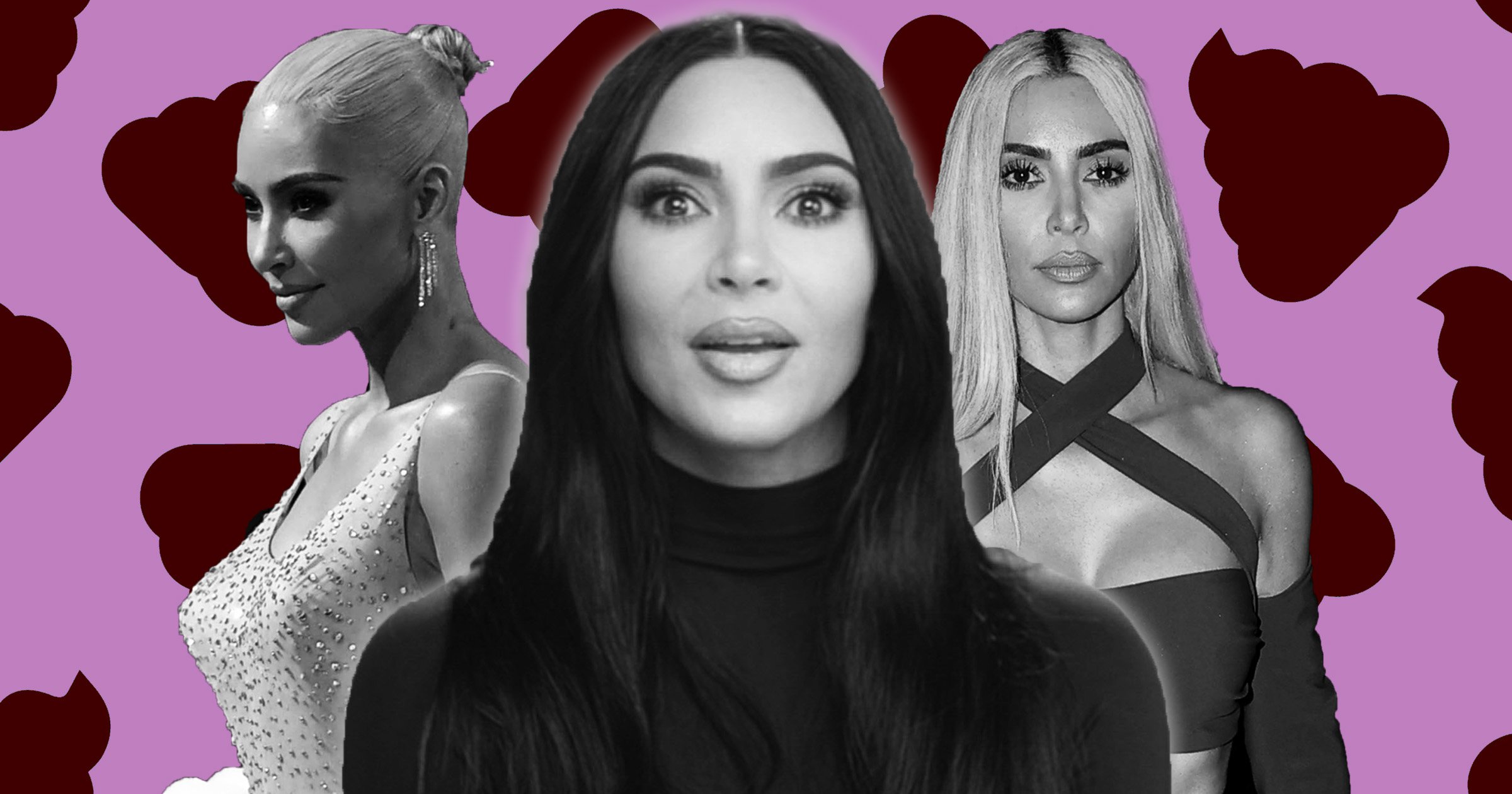 How far would you go to slow the ageing process?

Kim Kardashian recently revealed that she would even ‘eat poop’ if it meant she wouldn’t age.

That’s a statement than left many people lost for words (or with some choice unhappy ones), but amid the uproar, some quiet murmurs emerged.

Those whispers said one guilty thing: ‘I’d do the same’.

It’s no secret that most women want to maintain their youthful looks – just watch a television ad break and you’ll be inundated with promotions for the latest anti-ageing cream.

And the pressure to show zero signs of the passing of time starts early. Over on TikTok, you’ll spy many a 20-something applying face tape for an instant lift, or espousing the benefits of preventative Botox.

Why is it that women of all ages are on such an intense mission to look young?

Is wanting to ‘look young’ really ingrained in us all?

And is the concept of ‘ageing gracefully’ in the grave?

Metro.co.uk spoke to Dr Lubna Khan-Salim, an aesthetic doctor and the founder of Bloom, who thinks that ‘growing old gracefully’ is an ‘outdated’ notion.

‘It may seem like a 21st century preoccupation with the birth of social media and the “selfie generation” but actually the quest to look younger has been with us since ancient times,’ she explains.

‘Basic techniques like derma-planing and acid peels were used by Cleopatra and ever since we’ve had the means to create tools people have risked their lives with infection and unbearable pain or death to have barbaric surgery to improve facial appearance and turn back the clock.’

It’s tempting to blame social media and celebrities for upholding standards around ageing, but Dr Lubna believes that wanting to look younger and ‘better’ is ‘hardwired in us as humans’.

She affirmed: ‘Beauty is hardwired in our brain.’

As an aesthetic doctor, it’s not so surprising that Dr Lubna believes anti-ageing treatments are no bad thing, or that she highlights how ‘even small imperceptible treatments can have a massive impact on how someone feels about themselves’.

Chartered psychologist Dr Nilufar Ahmed, of the University of Bristol, has a different view, believing that the constant pursuit of youth is doing us harm.

‘This is a very Western mindset that has over the last century associated beauty with youth, and constructed ageing as failure and an individual deficit, particularly for women,’ she tells Metro.co.uk.

‘Beauty is largely associated with youth and, so to age is to become ugly.

‘In addition, society treats older people as superfluous and having little value, and people begin to internalise this psychologically.

‘The message women receive throughout their lives is to age is to become worthless. And this is why women try to halt the process.’

Explaining how basing your self worth on your looks is ‘hugely damaging’, Dr Nilufar said that it can in turn lead to anxiety, stress and depression.

‘Ageing is inevitable, and if you link youth with beauty, you will only see yourself as unattractive as you age.’

How to unlearn a fear of ageing

‘We learn attitudes about ageing from the people around us and from the media we consume,’ notes Dr Nilufar. ‘We can learn more healthy ways of viewing ageing that can really improve our lives.’

Here are some top tips for starting to have a healthier relationship with getting older.

Figure out where your beliefs about ageing come from

‘Take some stock of where the messages that equate ageing with being unattractive come from,’ Dr Nilufar says. ‘Write them down so you can see. Think about:

Reframe ageing as a privilege

You can’t escape ageing – it’s inevitable. But what if rather than hyping up youth, you started to treat getting older as an immense privilege?

Laughter lines and wrinkles around the eyes – who cares if that means you’ve been lucky enough to live this long?

Remind yourself that celebs and influencers’ photos aren’t reality

‘Many celebrities who “look great for their age: have access to surgery to keep them looking young, and their pictures are often highly edited,’ notes Dr Nilufar. ‘We are not seeing their true selves.’

Look back for a moment: were you always happier and full of joy when you were younger? Isn’t it true that there were bad times back then, too?

It’s never too late to be find happiness and live the life you want. There’s no age cut-off point.

‘Take some time to focus on the things that matter to you and make you happy,’ suggests Dr Nilufar. ‘List these on one side of a page – things like, honesty, fun, loyalty.

‘On the other side of the page put a tick if these are dependent on youth. Most things do not demand youth.’

Dr Nilufer urges: ‘Define beauty for yourself – what makes someone beautiful to you – is it just their physical looks or is it more?’

Talk to a professional

If the idea of ageing is causing you overwhelming stress and anxiety, seek support from a mental health professional – it’s a common concern, but there’s lots of help out there.