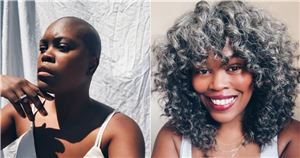 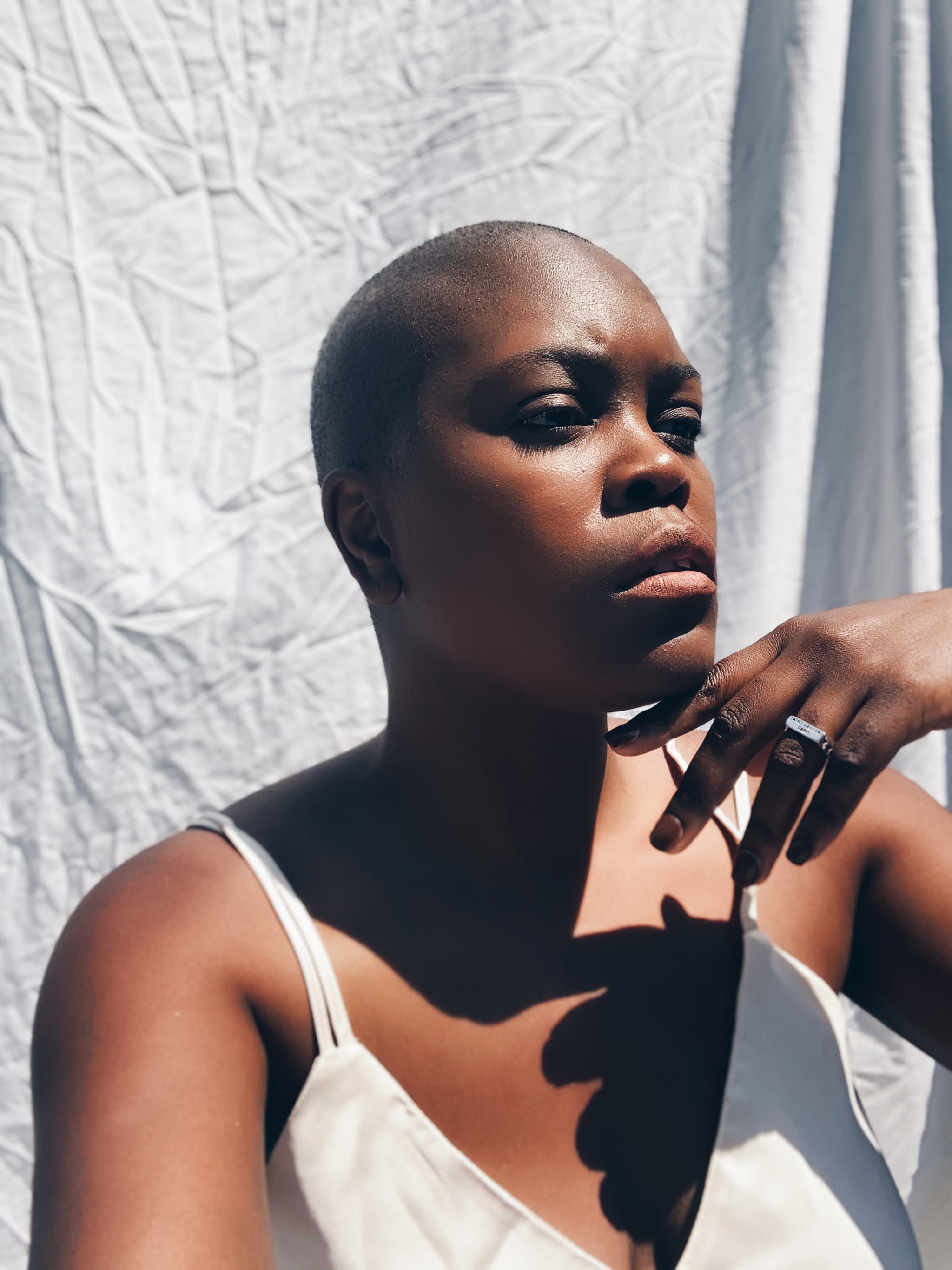 Too often, the best beauty stories go Untold, solely based on a person’s skin color, religion, gender expression, disability, or socioeconomic status. Here, we’re passing the mic to some of the most ambitious and talented voices in the industry so they can share, in their own words, the remarkable story of how they came to be — and how they’re using beauty to change the world for the better. Up next: Gina Knight, alopecia advocate and owner of Gina Knight Wig Design.

Hair has always been really important to me because I was privately fostered when I was younger, so I grew up in a white family. I never really knew how to do my hair when I was growing up; I had to learn by myself and from the neighbors I had who were Black. It was always seen as a struggle and a chore, and something that needed to be dealt with, as opposed to something that was celebrated. I grew up in South East London so I wasn’t isolated from the Black community, but when I went home, it was literally just me and my little tiny Afro.

I always cared about my hair, I always loved it, and it always gave me a sort of “in” with other Black women and my peers, because it was something that I could relate to with them. I couldn’t relate culturally because no one really had the family dynamic that I had. So when I was younger, I used to do other people’s hair and that was my way of connecting with them. I worked in the hair industry as a salon manager for many, many years. I was always around hair, doing hair, and just immersed in that because I loved it.

Since 2008, I have been talking about natural hair and taking care of your hair online in the public space. I was at the forefront of the natural hair movement that happened around that time in the late 2000s, when we saw a lot of Black women going back and embracing their natural hair. It was an amazing time, an amazing movement, and I was a big part of that. When I was pregnant with my first child, that’s when I first noticed that I had started to find a thin spot in the center of my head, but I didn’t really think much of it at the time. I was very much in the denial stage because I thought, Well, this isn’t good for me or what I talk about, because I talk about taking care of your hair, and all of a sudden my hair is falling out.

That feeling was amplified when I went to see my doctor about it after I gave birth. During my first experience, I feel like I was very much racially profiled when I went into that office wanting to talk about hair loss. Before being asked any questions, before getting to what my issues were, I got told, “Oh, it’s your hair practices. It’s braids and it’s weaves.” The doctor didn’t know that I don’t do those things; I was all about embracing what God naturally gave me, so I never used to wear weaves, and I didn’t have braids.

I also got told, “Oh, it’s your shedding, it will be fine and will grow back after a year,” because that’s how long shedding can last. And it was silly of me, but I waited that year. Waiting is probably the worst thing that you can do when you discover you have any form of hair loss, because the earlier you catch it, for some types, the more likely it is that you can either save more of your hair, or at least slow the process down. But waiting a year was detrimental to me. I ended up losing a lot more hair; there were patches everywhere. I went back to the doctor, and again my hair practices were blamed, and that’s when I gave up on that GP at the time. 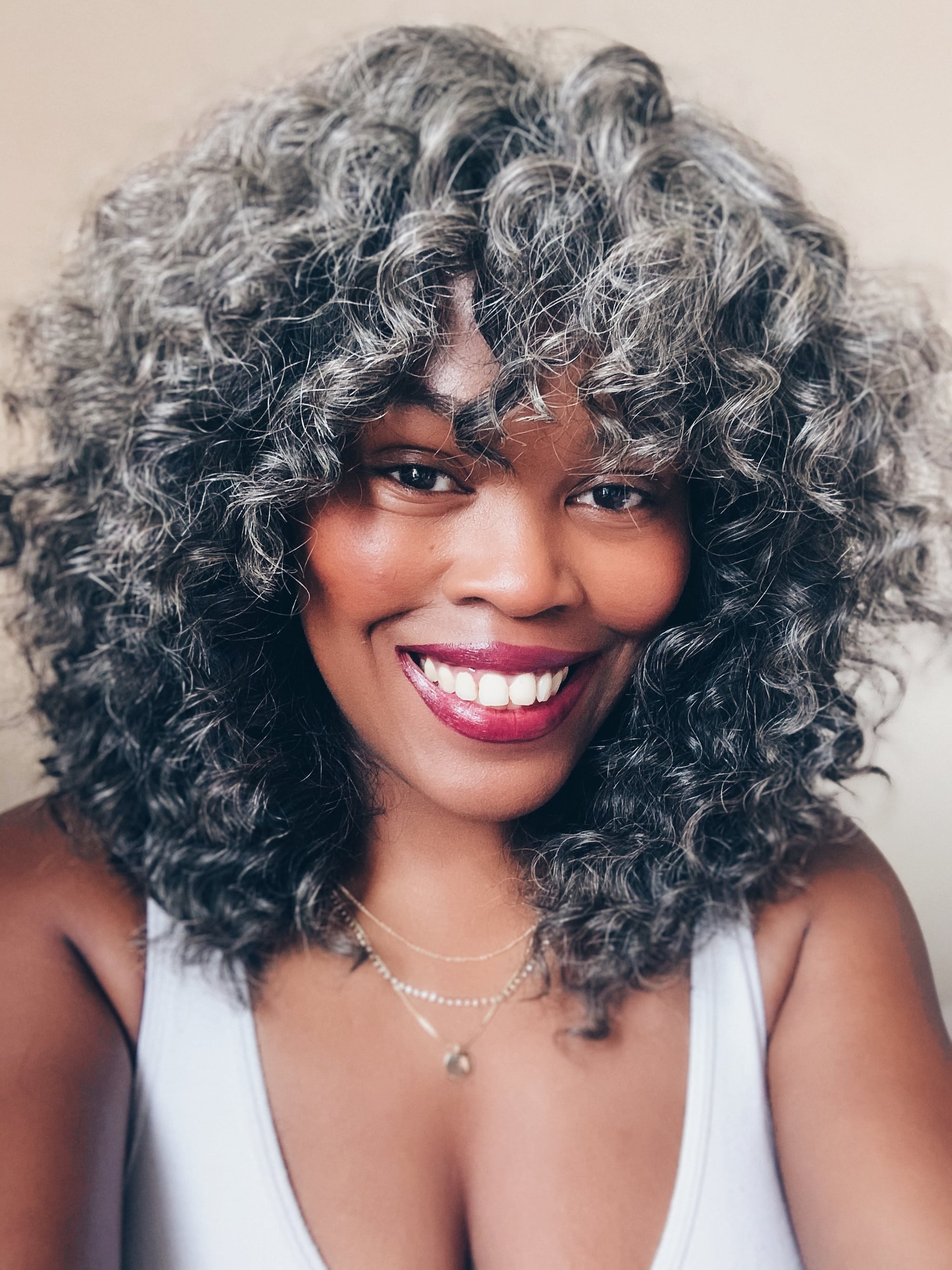 I did my own research and decided to visit a hair specialist who was recommended to me. I talked to various people, as opposed to relying on my general practitioner, because again that’s what they are, they’re not really hair specialists. Whenever I post anything on social media, or talk about hair loss, I always say, “If you notice something, always go back to your doctor.” But what I now add is this: “When you do this be persistent and make sure that they’re aware of their own bias,” because I think I wasn’t firm enough when I went to visit my doctor, and I should have stood up for myself and said, “No, that’s not what’s happening here . . . these are the facts, this is what’s actually happening, this is what I do, so can I have a proper diagnosis?”

In the end, I found that I had a form of alopecia, which is called central centrifugal cicatricial alopecia (CCCA), where you start to lose hair at the crown and it spreads out; similar to male and female pattern baldness. No one has done much research on it, even though it affects a lot of women, predominantly Black women. People have said that it’s a gene that is a possible culprit for the hair loss. It used to be called hot comb alopecia, and there was a presumption it was because of weaves or braids and our cultural hair practices, when in fact, the research that has been done has shown that that’s not the case. There are plenty of people who have braids their whole life and have a full head of hair who never seen any form of hair loss.

It was really important for me to share my story. I kept my journey under wraps as I was always trying to mask my hair loss. That’s how I got into wigs. I wanted to disguise the fact that I was losing my hair. I started making wigs for myself because I already had an online presence and people were complimenting my hair and asking for the same. I started to make wigs for other women who were my followers online. It just grew and grew from there. I didn’t plan it, I didn’t expect it to happen, but that’s how I have carved a career out, because of the necessity that I had.

I wanted to wear wigs and I wanted to cover my hair and disguise the hair loss, but I also wanted to do it in a way that still felt like me. A lot of the options out there at the time were straight European-style wigs, which isn’t me. I don’t think there’s anything wrong with any race coveting the straight-hair look, I think it looks fabulous on many people, but I personally like the natural look. When I was looking for that type of wig then, it was really hard to come by something that was of good quality, that would last, and that actually had a variety in the curl pattern, not just, “Here’s a comedy Afro.” That was a really important part of what I was doing, and why I wanted to continue down that avenue, because a lot of women were asking for the same thing, it wasn’t just me.

As time has gone on, I rely less on the wigs. When I first discovered my hair loss it was something I definitely needed. When I still had a glimmer of hope that I could grow it back if I eat this, or buy this miracle cure, rather than actually working on myself and what I see when I look in the mirror, and coming to terms with it and accepting it.

Now my wigs are not a crutch anymore, they’re more of just an add-on to my personality because I have many. For the last six months or so, I genuinely feel happier and better without wearing a wig. I think that I look great without a wig. I don’t feel that I need the wig, I feel that it’s an option, not a necessity. But that’s been a long time coming.

In 2021, day to day, I’m a wig designer and I also advocate for women who have hair loss and alopecia. I run my own business called Gina Knight Wig Design, where I make hair-replacement wigs and sell extensions and clip-ins for people who have hair-loss issues, and also for people who just want to look fabulous. I specialize in hair for Black women and in all types of textures — from very, very tightly coiled, to loose curls, and also blow-dried straight. It’s gone well, and I feel like I’ve created this niche for myself. 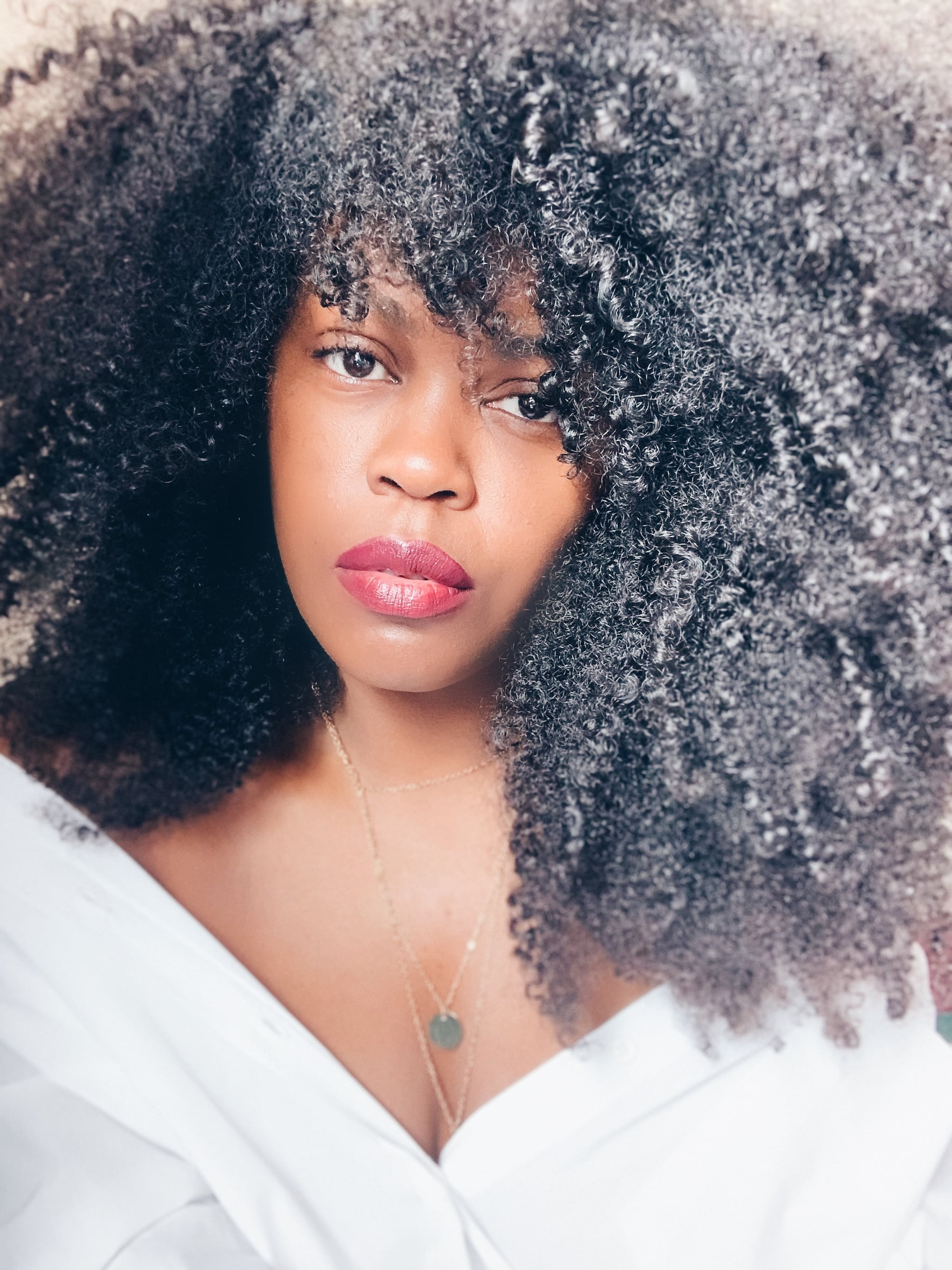 There’s definitely been a real change in the attitudes toward wearing wigs for everyone. When I was growing up, as a Black woman, I used to see and be around wigs quite a lot, because for Black women it was something that we would use for styling purposes. I know that even back in the ’60s and ’70s all those beautiful Afros that we used to see, a lot of them were wigs. In some cases, we would wear straighter wigs and try and emulate a more European standard and assimilate into society. In other cases, we wanted Afro wigs, so it’s not always to blend in. I’ve always known about wigs, and just thought that they were really glamorous. I never had a negative connotation to wigs. When I think of wigs I think of Diana Ross, Whitney Houston, and all the divas. I think about sitting in front of your vanity with your wigs, your makeup, your mirrored lights, and putting all the glamour on.

But I know there was another side of it, where it was kind of embarrassing to admit that you were wearing a wig, if it wasn’t for a production; if you weren’t an actress or a singer. To add to that, the quality of wigs has gotten so much better that people can be proud to say, “Well, yeah, this is a wig.” It’s almost like when you get a new dress and someone says, “Oh, I really love your dress,” and you go, “It’s got pockets and it’s from Primark!” Now when people say, “I really like your hair,” and you reply, “Girl, it’s a wig,” you’re excited about it because it looks great and you don’t care that people know.

Now, there are the women rappers and singers making a big impact — making it more mainstream to wear wigs that don’t look realistic. It’s become the norm to experiment with our hair in that way. I think the wig game has definitely changed, it’s something that has gone from aunties at church with their little pussy-bow wig, or drag queens, singers, and performers and artists, to being a viable option for everyday women. So all women will feel fine going out and wearing a wig, and just changing up their look for whatever reason.

I think it’s really important to highlight that it’s up to individuals as to how they want to show up. I know that there are people out there who’ll never let go of wigs, and that’s OK. It doesn’t necessarily mean to say that they’ve not unlocked self-love 101.

My journey and path has all happened because of who I am, and in a way, my experiences. My business and talking online has all come from a place of doing it as a kind of therapy for myself. Because as much as I talk about alopecia, I talk about it because I’m going through it. I make wigs because I needed them.