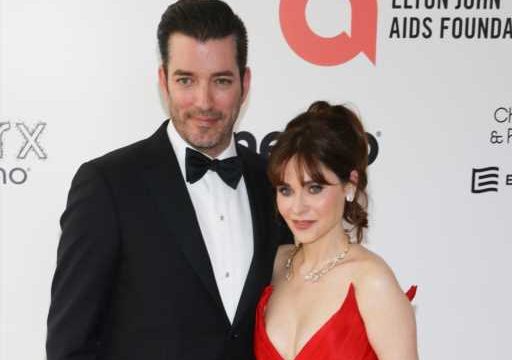 Zooey Deschanel and Jonathan Scott just gave fans the photo-op we didn’t know we needed until now. The two lovebirds ended up going on a bit of an adventure, dressed up as members of The Brady Bunch household.

On June 28, Scott and Deschanel posted a dual Instagram post of their latest adventure. They posted the photos with the caption as a poem:  “Here’s a story/ Of a girl named Trixie / Who was busy renovating a motel of her own/ They were two folks / Working all together/ Yet they were all alone 🌼,” Scott said. “So they called in me and @zooeydeschanel/ To take on the ‘70s-themed Flower Power room/ And gather some groovy inspiration…/ At the iconic Brady House. 🌼 #TrixieMotel #TrixieMattel #DesignInspo #BradyBunch.”

Mattel’s new show Trixie Motel is a new reality show under Scott Brothers Entertainment that follows Mattel renovating a rundown motel into a vintage paradise. And what better inspiration than the 1960s-70s classic The Brady Bunch?

The Brady Bunch follows the collective and comedic misadventures of a big, blended family.

Can we also talk about Deschanel and Scott’s groovy threads? Yet again, she’s giving us peak Jessica Day from New Girl vibes. The two look so perfect in the photo; we can’t imagine how much fun the lovebirds ended up having!

Scott and Deschanel met back in Aug. 2019 after filming an episode of Carpool Karaoke: The Series and started dating the following year in 2020. Since then, they’ve been blessing our social media timelines with relationship updates like renovating their dream home.