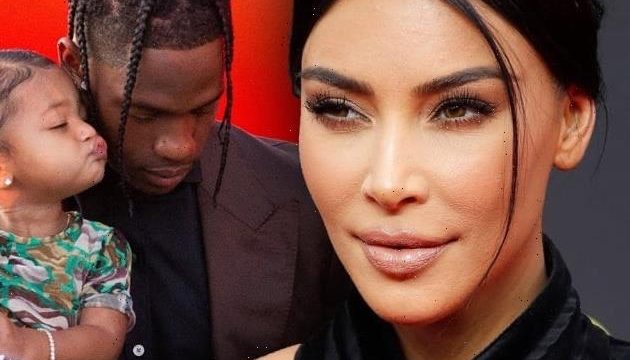 Kim Kardashian has broken her silence on a true catastrophe.

A true catastrophe that indirectly involves her family.

As previously reported, tragedy struck this past Friday night at the Astroworld music festival in Houston… which featured Travis Scott and which also resulted in hundreds of injuries and eight fatalities after a riot erupted.

Local authorities have described the concert as a “mass casualty incident,” as the event was attended by over 50,000 people and utter chaos ensued after a number of these individuals rushed the stage.

The Medical Examiner’s office will soon conduct an investigation.

“We are working closely with all agencies involved and set up a reunification site to assist families that have not heard from their loved ones that attended the festival,” said Asuncion Cortez, a Public Information Officer with Houston Fire Department, via statement on Saturday.

Hence the connection to Kardashian, who Tweeted on Monday night:

“Absolutely heartbroken for the lives who were lost and anyone who was hurt at Astroworld. Just like all of you, our family is in shock by the tragedy.

“We are keeping all of the victims, families and loved ones impacted in our prayers for healing – as well as Travis who we know cares so much about his fans and is truly devastated.”

The rapper was arrested in 2017 for allegedly inciting a riot during a concert in Arkansas — and later pled guilty to disorderly conduct.

Based on video footage that has since surfaced of the Astroworld festival, Scott did stop a song at one point on stage to address the ugly situation taking place amid a packed crowd.

But many observers believe he could have done more to calm the violence down.

He also could have simply called off the concert once it grew out of control.

“I just want to send out prayers to the ones that was lost last night. We’re actually working right now to identify the families to assist them through this tough time,” Scott said on Instagram over the weekend.

“My fans really mean the world to me, and I always want to leave them with a positive experience.

“Any time I can make out anything that’s going on, I’d stop the show and help them get the help they need, you know?

“I could never imagine this situation.”

For her part, Kylie has also addressed the tragedy.

“Travis and I are broken and devastated,” the 24-year old said via her Instagram Story on Saturday night, November 6.

“My thoughts and prayers are with all who lost their lives, were injured or affected in anyway [sic] by yesterday’s events.

“And also for Travis who I know cares deeply for his fans and the Houston community.”

With Scott already facing one lawsuit, and others likely in the works, Jenner concluded:

“I want to make it clear we weren’t aware of any fatalities until the news came out after the show and in no world would have continued filming or performing.

“I am sending my deepest condolences to all the families during this difficult time and will be praying for the healing of everyone who has been impacted.”