Steve Aoki lives in Las Vegas, but that’s little more than a technicality. The electro-house D.J. is constantly on the road, playing between 200 and 300 shows a year. In addition to his career in music, Mr. Aoki has developed a fitness regimen, Aoki Bootcamp, which he posts on Instagram so his fans can follow his high-intensity interval workouts no matter if he is in China or New York. His NEO U app, based on his personal fitness program, launched in October.

Staying fit on the road is something of an obsession for Mr. Aoki. “I try to make it so the workouts can be done by anyone, anywhere,” he says. “Because I also like to show the places I work out in — some of which can be the size of a closet. I’ve worked out outside, by my car in the middle of the night, in green rooms of the venues I’m playing in, in hotel gyms, my own bedroom.”

He realizes that travel can play havoc with a fitness schedule, so he recommends working out immediately upon arrival at a destination. “If you don’t work out right away, and you decide to eat first, then that’s it. You might not even work out. When you eat, your body’s already in chill mode. So try to get your workout in first, and then eat.”

When he’s not working, he’d rather host friends in Las Vegas than take a vacation. “I just make my house super fun. I have a room that has a foam pit and trampoline and I have a fun backyard with this pool that everyone likes to jump into, and my studio is set in this futuristic space and people like to go in there and watch movies and jam out, and I just have a really fun house so my house is almost like a vacation.” (It even has its own Instagram account.)

He’s a self-described “very efficient traveler” when it comes to packing, bringing only what he’ll use. What he doesn’t pack? Socks and underwear. “I don’t bring any socks or underwear with me at all because I don’t want that space to be taken up, and if I just left it at the hotel it would be really weird.” Instead, fresh socks and underwear are added to his rider, and are provided by the venue where he’s performing.

Here’s what he can’t travel without. 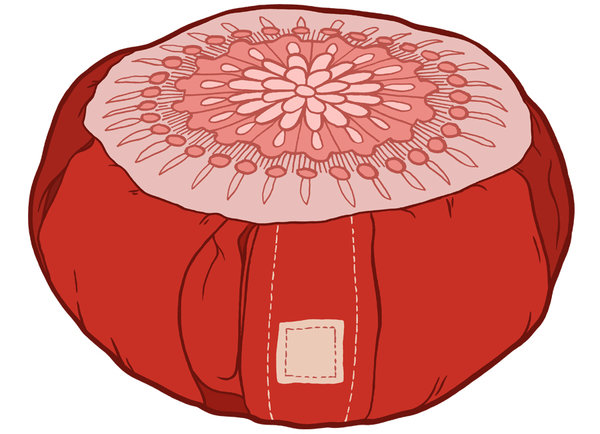 “Meditation is a big part of traveling, so I actually bring a meditation pillow. So I sit on the pillow, and I meditate on the regular one. I like to have it, because it reminds me to use meditation.”

“One is specifically for music production. Then I have a D.J. computer, where I organize all my music, and I don’t want that as my studio computer because I want that to be completely separate and its own entity. I have a whole library where I download music tracks that I want to play and prepare my set. And then I have another laptop that I use for all other work. Everything outside of my studio life: my music production life, my D.J. life. I run and am part of various businesses, in and outside of the music world with fashion and so forth, and so I have that kind of separate station.”

“I track my heart rate, I track all my footsteps, all that good stuff. I love all that information, statistics, insights — it’s really important for me to know everything.”

“I have my Quest protein bars on hand especially if I’m getting the munchies on the plane, or wherever I am, or if I need to have a quick fix before I get to the gym.”