The actor and comedian Aidy Bryant has been a “Saturday Night Live” cast member since 2013, for which she has been nominated for two Primetime Emmys. Based in New York, she’s currently starring in the Hulu comedy “Shrill,” which is set to have its premiere March 15th.

Ms. Bryant didn’t travel much in childhood. But these days, her current work schedule has meant that she has traveling down to a science.

“I can maneuver through an airport very quickly, I know the airports well, I can always get you a good sandwich at O’Hare — Frontera Grill, it’s the absolute best,” she says.

She can also pack lightly.

“I used to do touring comedy, so I would get in a van for eight days and go all over Ohio and Indiana doing improv for people who didn’t want to see it,” she says. “It made me really good at packing a small bag with everything I needed.”

While working as a comic, she found new favorite destinations, like Minneapolis. “I don’t feel like Minneapolis gets talked about enough,” she says. “It was really, really neat and had so many vintage old signs, and it was kind of untouched from the Sixties and Seventies in a lot of ways, and I just was totally charmed by it.”

Vacations for her are rare, but she and her husband recently managed a trip to London, during a winter break of “S.N.L.”

“Maybe it’s because I’m from Arizona, but sometimes when I go to a beautiful place — like when I went to Italy, or London or anywhere like that — I really start to feel like, ‘Yeehaw, howdy y’all! I’m from America!’” she says. “There’s such beautiful formality and everyone at our hotel was so fancy and nice, and I was like, ‘I don’t belong here.’”

Here’s what she can’t travel without.

“My number one thing — and I bring this with me literally everywhere, even if I’m going on set — is this little bottle of hand sanitizer called Jao. It’s a spray, and I am obsessed with it because I’m always looking for the feeling of having taken a shower, even though I am in an airport for eight hours. This is hands down the stuff. I fully spray it in my armpits, and on my hands, but also on my face and I spray it on my table tray that folds down and my armrest. I do a full wash of everything.”

“They fold up super tiny, which is so great because you can just jam them in a corner of your bag. Then if you buy a lot of stuff on your trip — I often end up buying British candy or weird snacks in Japan, like flavored potato chips, to bring back — I jam them all in my Baggu bag and bring it on as a carry-on. I use them truly on every trip and I have them in multiple sizes. Those are my precious.”

“I always bring a pair of gold hoop earrings because I feel like if I have to go somewhere immediately from the airport, if I put those on and put on some lipstick, I look a lot fancier than I actually am. I have these Jennifer Fisher ones, they’re the perfect classic ones. It’s like the ultimate way to dupe people. Like, I have just been sitting in my own juices for seven hours, but now I’m just a gorgeous woman at dinner with gold hoop earrings. That, with a couple of spritzes of hand sanitizer, they’re going to think I just came from the spa.” 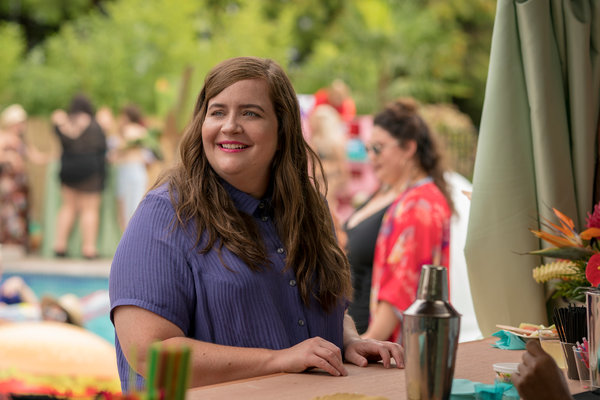 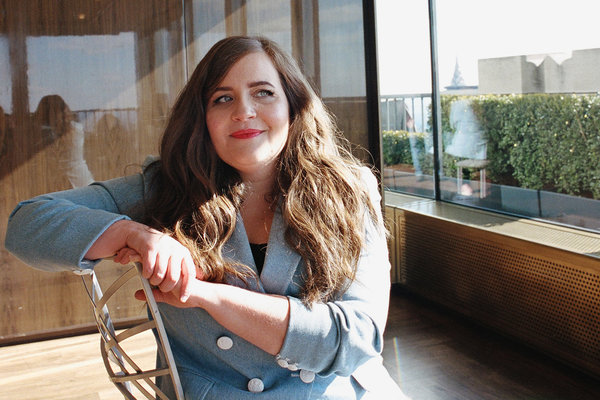 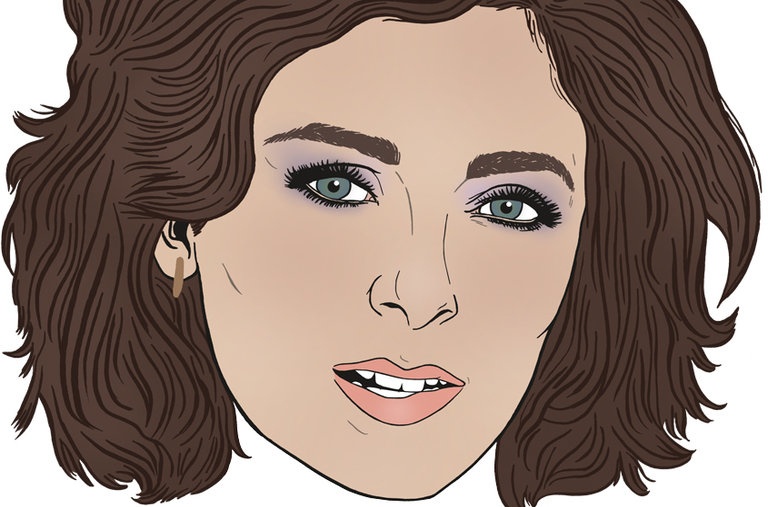 “This is more for a long-haul stay, but sometimes I just find it depressing to be on a very plain bed and I need a little brightness in my life. So I’ve brought my own pillowcases that are floral or covered in little smiley faces because if I’m going to be in a hotel for a while, I want to infuse a little personality, you know, make it feel a little more joyful and a little less depressing. Even if you’re FaceTiming with someone, then the background is more fun.”