A video shows a pilot and his co-pilot managing to land a plane during a terrifying thunderstorm in Palma de Majorca in Spain. 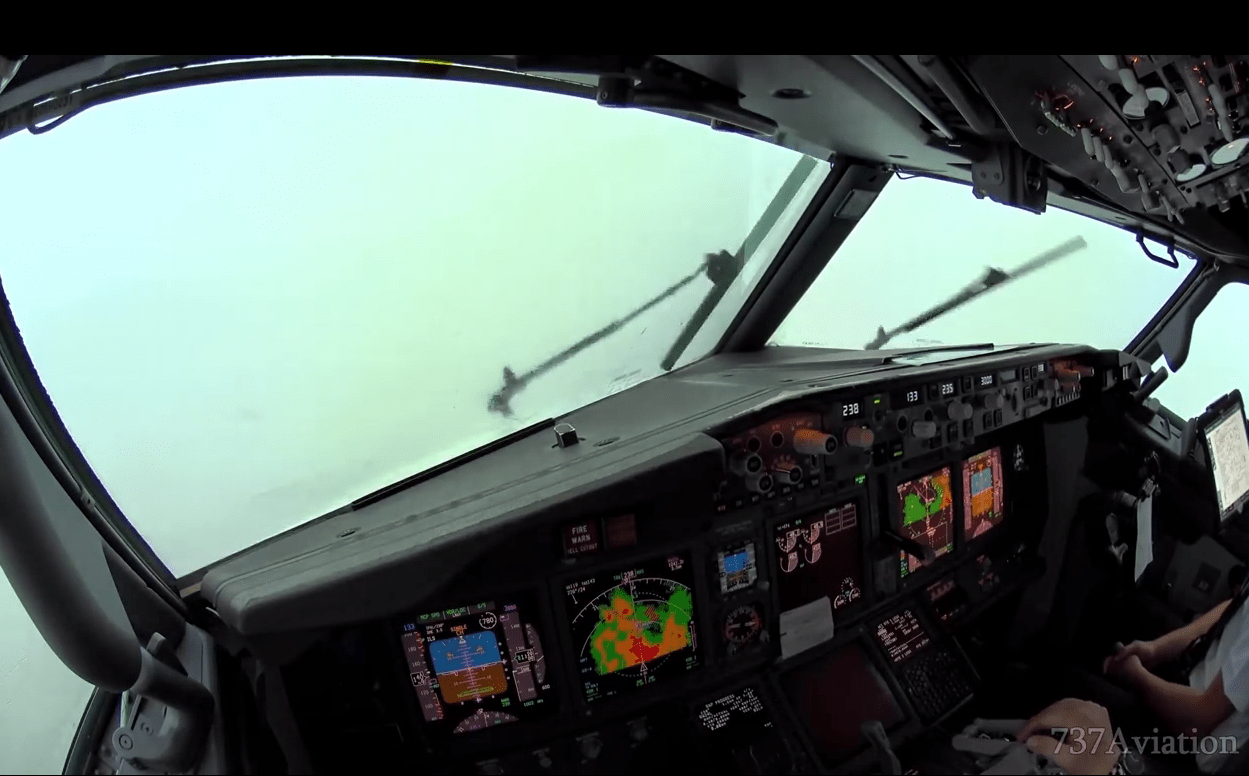 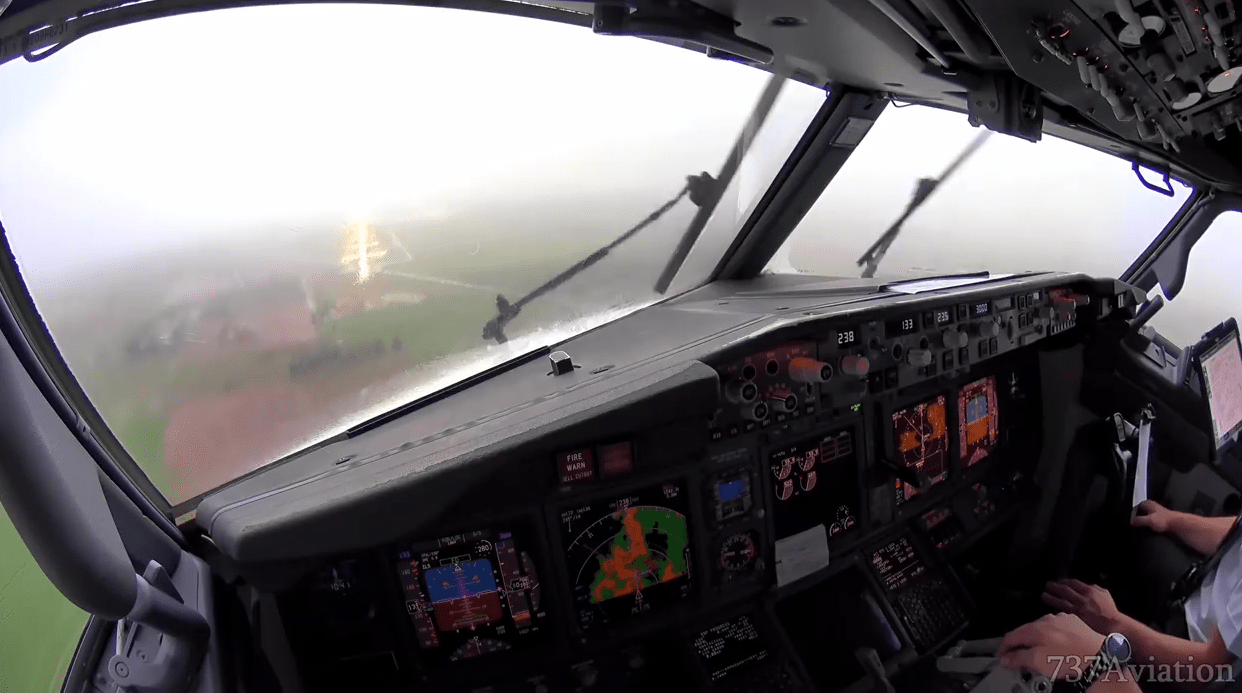 In the video posted to YouTube by 737Aviation, the windscreen wipers on the plane battle against the rain and the runway is hardly visible.

It’s only seen when the plane is very close to the ground in its descent.

But somehow the pilot manages to land the plane in a relatively smooth fashion. 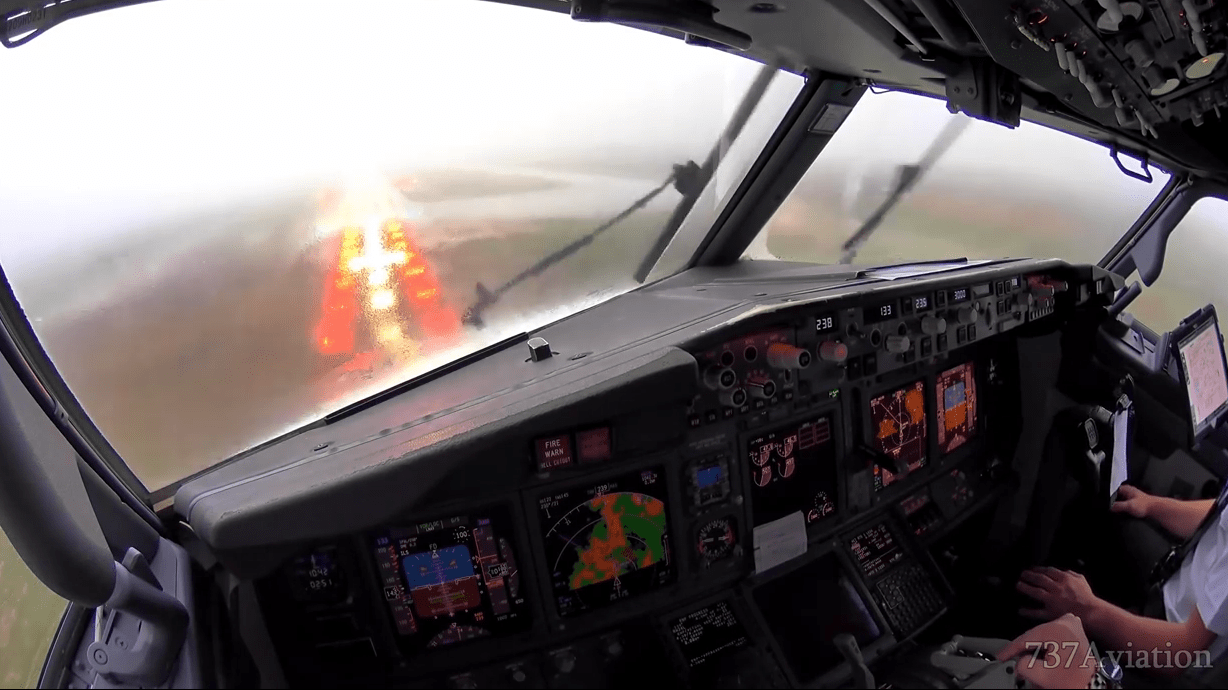 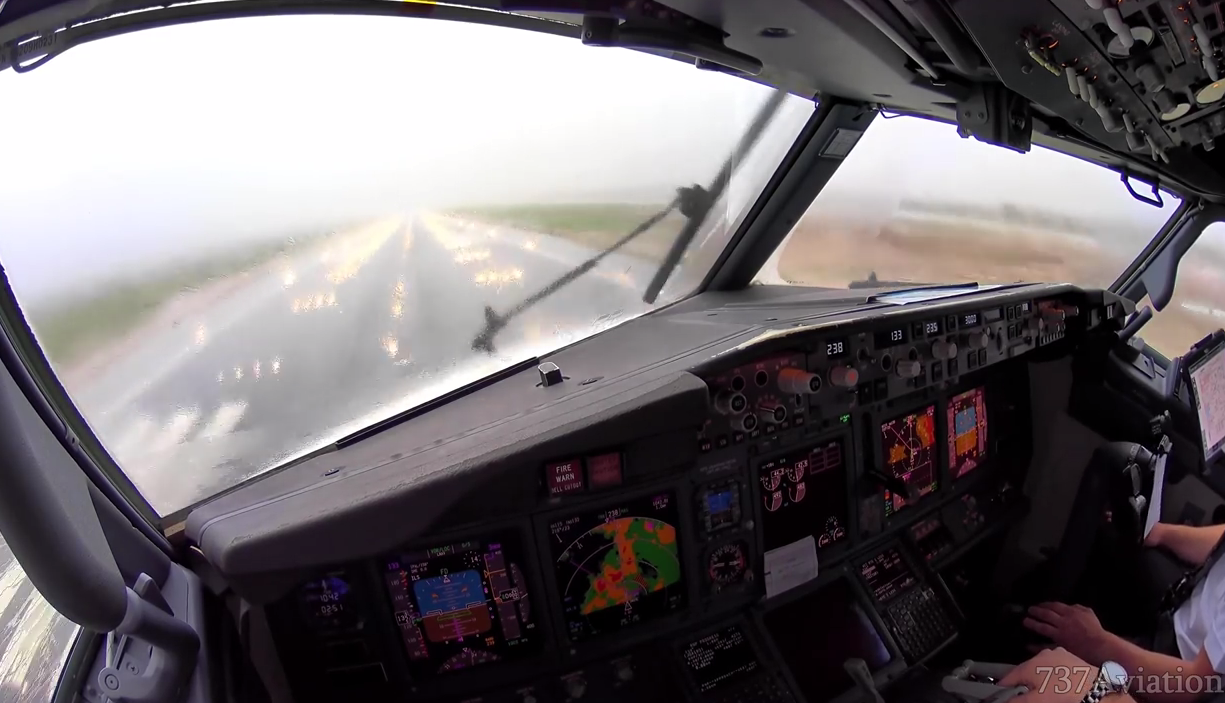 Sun Online Travel previously revealed that pilots fear the word “thunderstorm” – because it's dangerous for planes to fly in.

We spoke Andrew Ward, a meteorologist for the Met Office at Heathrow – the first airport in the UK with a dedicated weather forecasting service.

The airport’s weather forecasters are based in the airport's operational control centre in Heathrow's head office and operate 24 hours a day, 365 days a year.

Andrew told us: “Thunderstorms are the most dangerous types of weather for planes to fly in, they can cause multiple hazards and can reach heights of 35,000 feet, which is cruising level for a plane – so they are very difficult to fly though."

He continued: “Although pilots are able to fly through them, they try to avoid it. They can be up to 12 miles wide or more – very large areas – and they can also cause severe turbulence, so whenever possible a pilot will reroute.”

In severe cases – the type considered a real danger to pilots – Andrew reveals that a plane could crash as a result of a thunderstorm, due to something called a “microburst”.

He told us: “A microburst is sudden downward current of wind that can travel down from the top of a thunderstorm in a matter of minutes, creating really strong winds of over 50 miles per hour, which cannot be seen."

“This is more likely to happen in places like the US where everything is bigger and better, but it can also happen in the UK on a smaller scale.

“They have occurred – and this is a reason for staying away, it’s those hidden hazards that come with thunderstorms.”