A TOURIST was arrested after her bikini that was "literally just a piece of string" caused outrage in the Philippines.

Cops made Lin Tzu Ting, 26, cover up with shorts and a t-shirt then bundled her into a van after she was spotted parading in the itsy-bitsy swimsuit two days running on Boracay island. 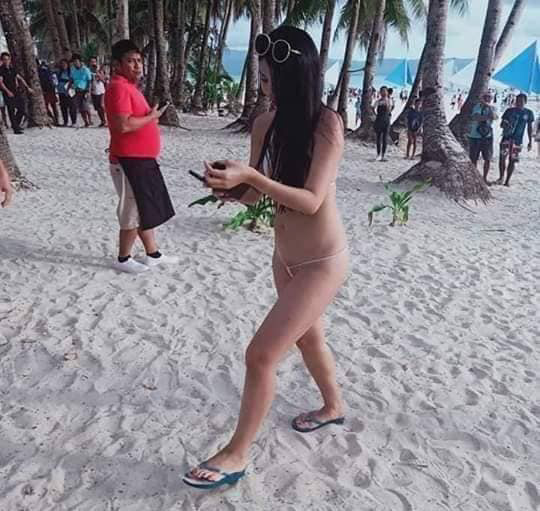 Hotel staff had reportedly warned her the first day that her outfit – three wisps of white fabric tied with string – was not appropriate.

But she wore it again the next day, when horrified locals called police.

They also posted images of her online showing her walking hand-in-hand with her boyfriend and later being spoken to by officers.

Lin reportedly told cops her bikini was a "form of art" and "personal expression", while her boyfriend claimed it was "normal in our country" and a way for his partner to "to express herself with confidence".

But furious officers fined her 2,500 pesos (£38.50) and warned other holidaymakers face the same penalty. 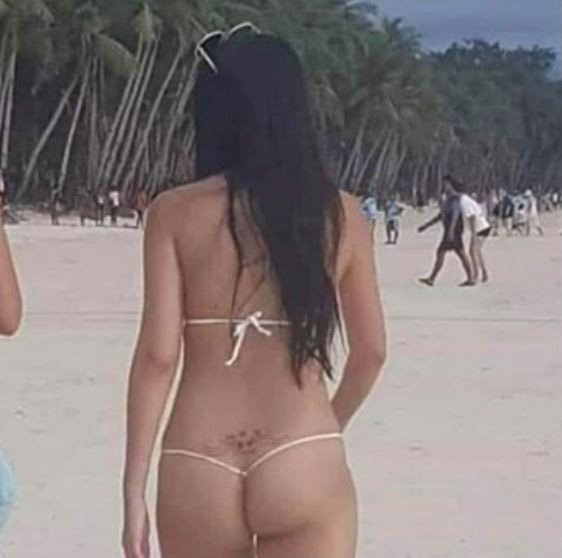 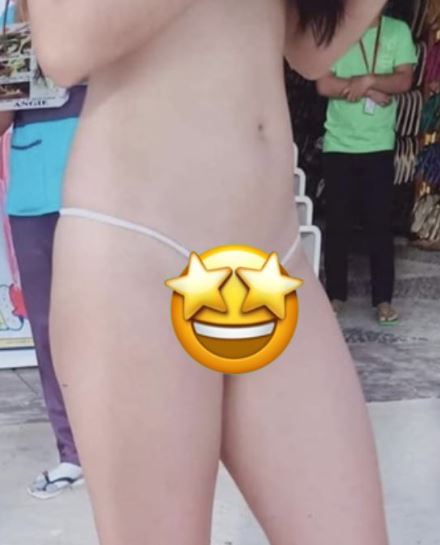 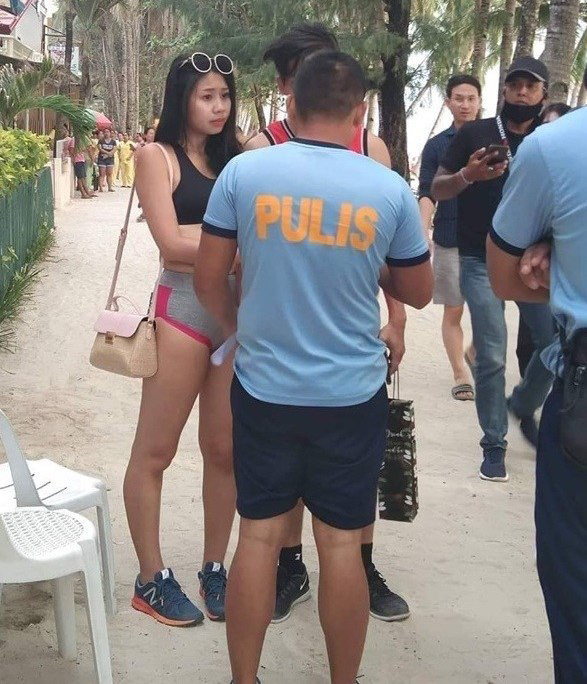 Major Baylon said: "Several residents and tourists took photos of her on Wednesday and Thursday because of what she was wearing.

"It was literally a string. In our conservative culture, it is unacceptable.

''Her boyfriend said 'It’s quite normal for us in our country and that was her way to express herself with confidence'.

''But their customs and traditions are not the same in our country. They have to respect our culture and tradition, and our proper decorum."

Lin and her boyfriend were allowed to return home to Taiwan after paying the fine on Friday.

Natividad Bernardino, head of the Boracay Inter-Agency Management and Rehabilitation Group (BIAMRG), said: ''Foreign tourists should observe proper decorum as a form of respect for Philippine culture and tradition.

''We have our own cultural values as Filipinos and Asians. They should be able to respect that.

"There is no dress code but it is just common sense.

''They were told not to by the hotel management, but they said it was a form of art.'' 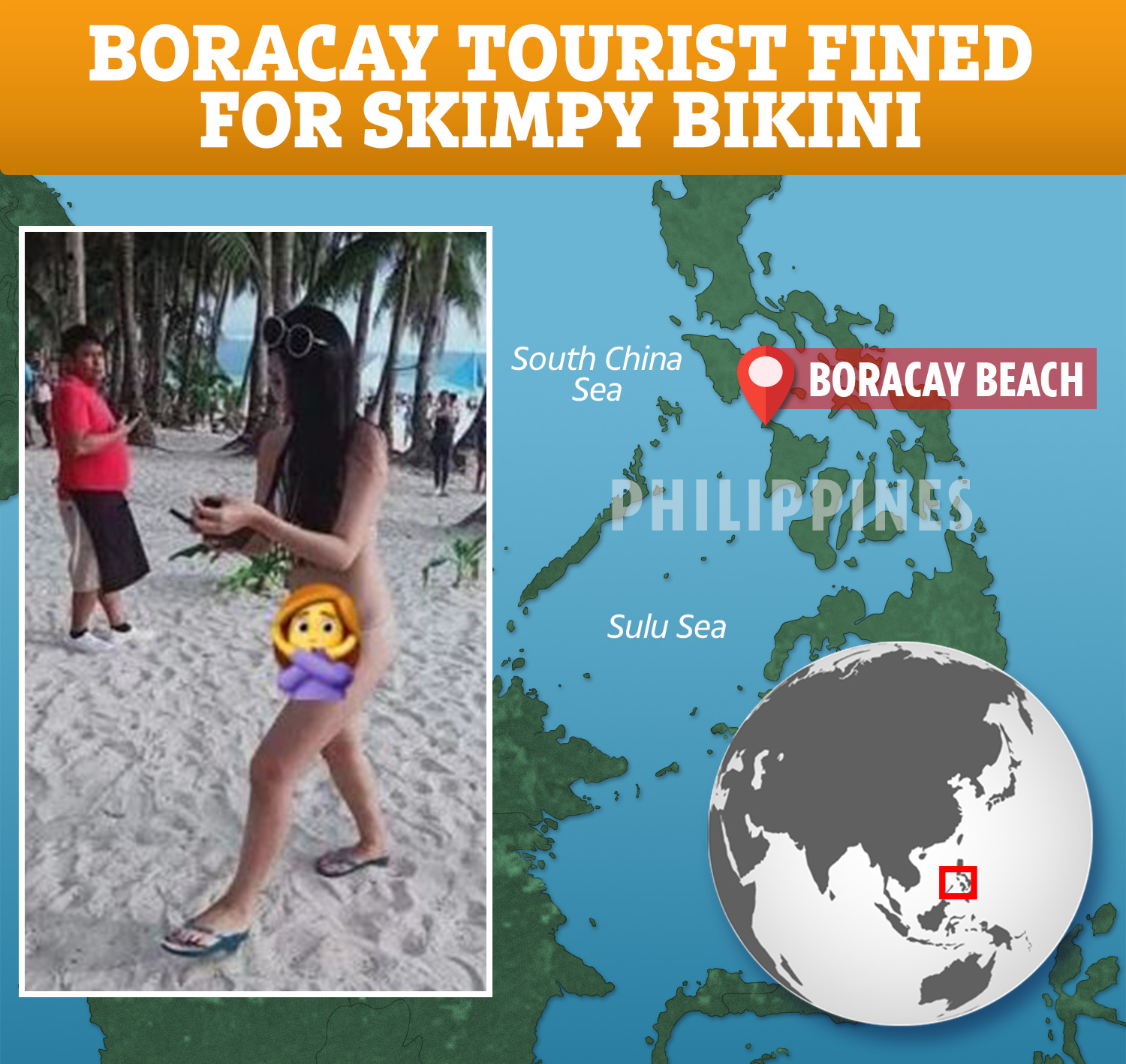 Boracay beach was closed just last month after a tourist was spotted burying her child's dirty nappy in the sand.

The beach was forced to shut off a section so the area could be cleaned, with police looking for the tourists in question.

The government closed the entire beach for four months after it became a "cesspool".

A woman in Venice was fined £225 for sunbathing in her bikini in the city.

Tourists in Bali have also been warned not to wear bikinis at sacred temples as it is "disrespectful".

The inventor of the bikini once said it has to be "pulled through a wedding ring" to be classed a bikini.