Prepare for take off! These thrilling destinations will all be buzzing in 2019 – so is this the year to treat yourself?

Are you planning a holiday next year and in need of some travel inspiration?

From the grand avenues of Madrid, to the adventure-filled deserts of Namibia, Nigel Tisdall selects some of the most thrilling destinations.

Scroll down to read the full list, plus his tips on the best way to visit them. 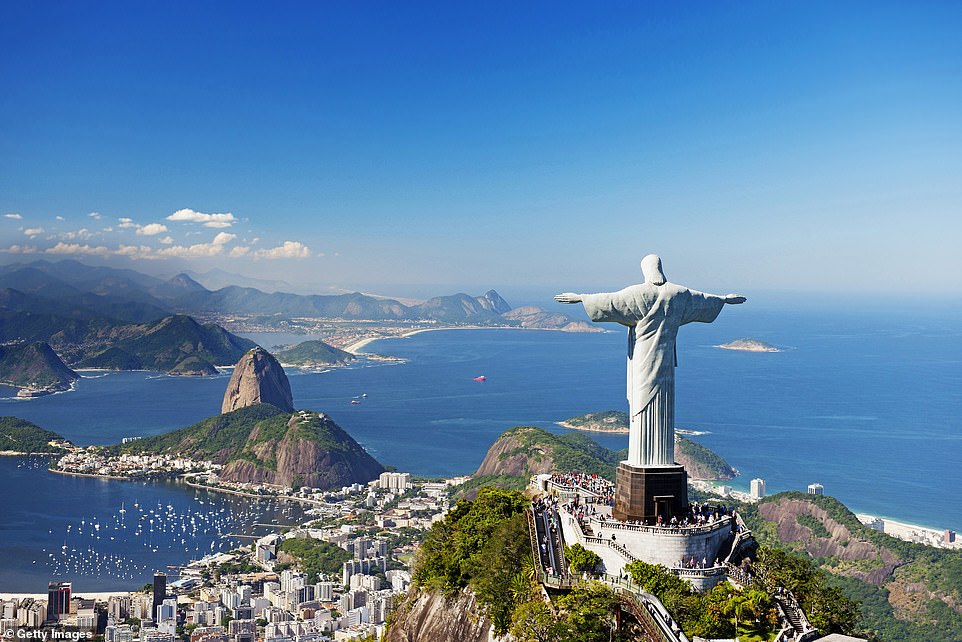 Hit parade: The view from Sugarloaf Mountain and Rio de Janeiro from the Cristo Redentor statue

Why? Norwegian launches direct flights from London Gatwick to Rio de Janeiro on March 31, 2019, with fares from £480 return. This makes Brazil’s most vibrant city even more attractive, with world-famous sights such as Copacabana Beach, the Sugarloaf Mountain and the 2,329 ft peak of Corcovado.

Don’t miss: Head west along the Emerald Coast to the colonial port of Paraty for a taste of the Brazilian good life, cruise the turquoise bays and explore the beaches and rainforest of Ilha Grande.

Book: A nine-day tour including Rio de Janeiro and the Emerald Coast costs from £1,263 per person with Journey Latin America (journeylatinamerica.co.uk, 020 8600 1881), with transfers, accommodation, excursions and some meals. 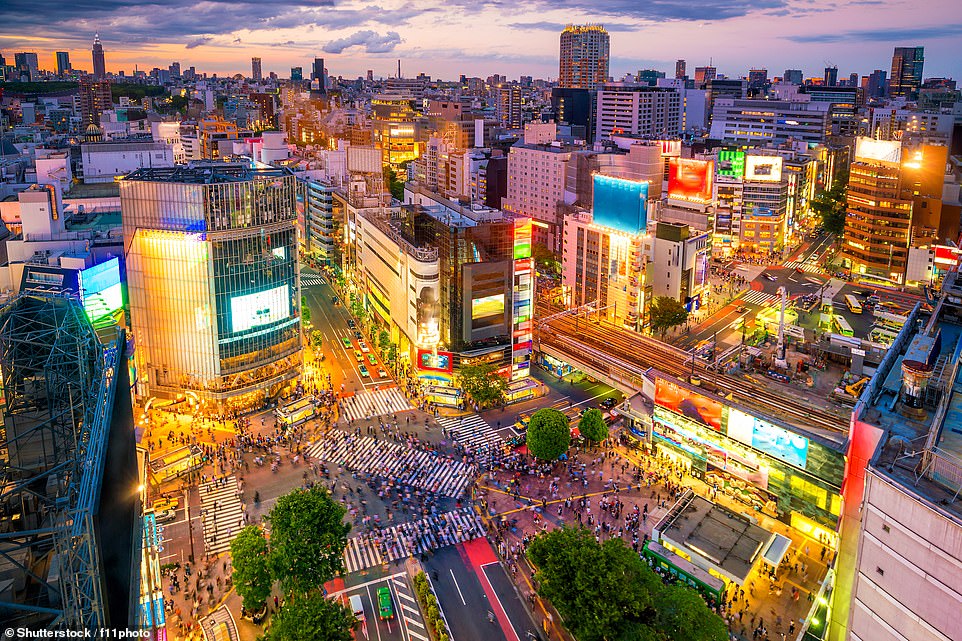 Why? Twelve Japanese cities will host the 2019 Rugby World Cup next autumn (September 20 to November 2, rugbyworldcup.com), putting this enigmatic country under the global spotlight.

Spend a few days in the contrasting urban centres of Tokyo and Kyoto, then grab some downtime by the beach or in the countryside.

Don’t miss: A trip here is as much about immersing yourself in the Japanese lifestyle as it is ticking off sights. Get ready to ride the Bullet Train, bathe in hot springs, discover the nuances of sake and wander through exquisitely composed temples and gardens.

Book: A 12-night Classic Japan tour costs from £2,995 per person through Bamboo Travel (bambootravel.co.uk, 020 7720 9285), including flights, accommodation, breakfast, guided sightseeing and some meals.

Why? Increasing numbers of travellers are discovering the joys of this small, peaceful, English-speaking country that delivers a memorable taste of Central America. Uncrowded Mayan ruins, high-class jungle lodges and the second-longest barrier reef in the world are highlights.

Don’t miss: Actun Tunichil Muknal (known as ATM), a colossal cave in the Maya mountains with 1,200-year-old skeletons, and the laidback beach resorts of Placencia.

Book: A 12-night Adventure In Belize package costs from £2,795 per person through Naturally Belize (naturallybelize.co.uk, 020 8274 8510), including flights via Miami, transfers, accommodation, most meals and thrills such as cave-tubing, zip-lining, abseiling and a visit to ATM. 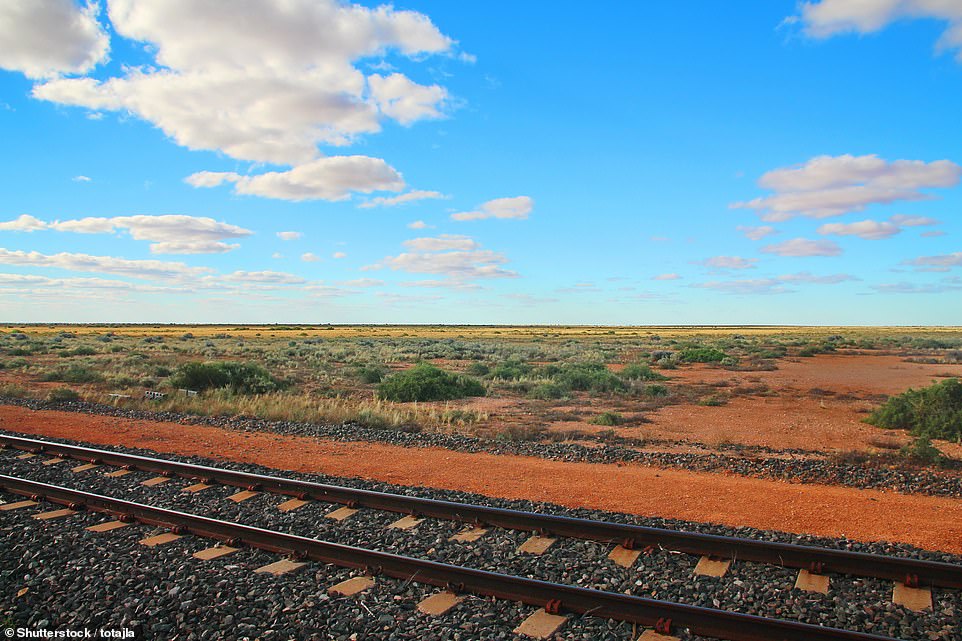 The classic rides are the Indian Pacific, connecting Perth and Sydney, and The Ghan, linking Adelaide and Darwin. Next December sees the launch of a new luxury route, the Great Southern, travelling between Adelaide and Brisbane.

Book: An eight-day package spending three nights on the all-inclusive Indian-Pacific in a Gold Service cabin costs from £2,869 per person through Austravel (austravel.com, 01293 837 156), including flights via Singapore and transfers.

Why? The finest beaches, a flurry of new hotels and a tranquil atmosphere are making this tiny British Overseas Territory one of the best luxury escapes in the Caribbean — though it can be a trek to get there. Going via Paris is an option.

Don’t miss: Anguilla is only 16 miles long, but has more than 100 places to eat, from simple beach restaurants that offer lazy lobster lunches on a desert island, to high-end chef’s tables. At night, head to Elvis’ Beach Bar at Sandy Ground to dance under the stars.

Book: Seven nights at The Reef By CuisinArt costs from £1,899 per person through Tropic Breeze (tropicbreeze.co.uk, 01752 880 880), including flights via Paris, transfers and breakfast. 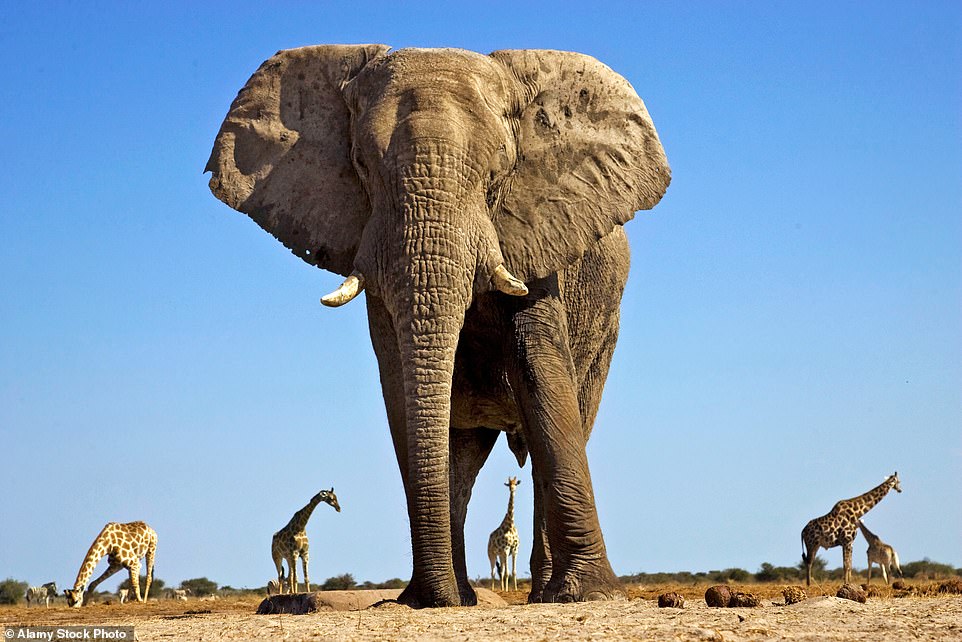 An elephant at the Etosha National Park in southern Africa, which Nigel says is ‘one of the best places to see the wildlife’

Why? A wave of striking new safari lodges is making this vast nation the in-place for an African adventure. They include Hoanib Valley Camp, a remote cluster of six luxury tents in Kaokoland where you can search for desert-adapted giraffes, elephants and rhinos.

Don’t miss: Etosha National Park is one of the best places in southern Africa to see the wildlife, while Sossusvlei is a soul-soothing wilderness where you can climb colossal sand dunes.

Why? Pack your dancing shoes because British Airways starts direct flights from Heathrow to this Antebellum gem on April 4, 2019.

Sitting beside the water and richly stocked with heritage buildings, South Carolina’s largest city is a smart pick if you enjoy scenic cruises, walking tours and tucking into fresh oysters, crab and fish.

Don’t miss: Drayton Hall, thought to have been built in 1738, is one of the oldest plantation houses in the U.S., while the nearby seaside cities of Folly Beach and Isle of Palms are ideal for sports and family fun.

Book: Seven nights at the five-star The Dewberry Charleston costs from £2,006 per person room only through British Airways Holidays, including flights (ba.com, 0344 493 0122). 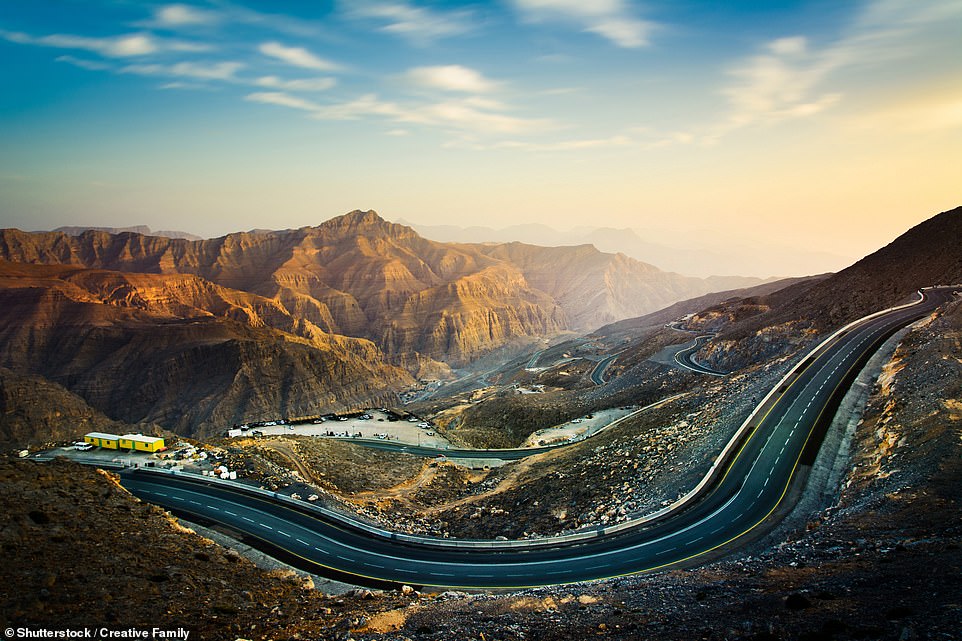 Zip it! Jabal Jais the highest mountain in the UAE and home of the longest zip line in the world – a 1.7 mile ride

Why? Around an hour’s drive north of Dubai, this mountainous emirate is making a name for itself as the place to go for adrenaline thrills in the sun.

Another seven lines will open in 2019, plus an aerial obstacle course with 35 challenges and a child-friendly climbing tower.

Don’t miss: A ride into the desert by horse or camel at the Al Wadi Equestrian Adventure Centre.

Why? The Spanish capital will be in party mode in 2019 as it celebrates the bicentenary of its flagship art museum, the Prado, with a powerful line-up of exhibitions from Goya to Giacometti.

Don’t miss: Restaurants such as Sala de Despiece, Floren Domezáin and Celso y Manolo are reinvigorating Madrid’s culinary scene, while the new Hotel Ritz, Madrid and Four Seasons Madrid, both due to open in landmark buildings at the end of the year, will bring more lustre.

Book: A three-night stay at the NH Collection Madrid Palacio de Tepa costs from £749 per person through Kirker (kirkerholidays.com, 020 7593 1899), including Gatwick flights, transfers, breakfast and a fast-track pass to three major museums including the Prado.