‘He had a blanket over his head – it’s not an invisibility cloak!’ Cabin crew reveal the methods economy passengers use to try to sneak into business class unnoticed

The difference between economy and business class on planes can be vast.

And for some the temptation to try and sneak into the posh cabin without having to stump up the huge fare is just too much.

MailOnline Travel spoke to several flight attendants about passengers trying to snag unauthorised upgrades and it seems to be a common occurrence, with the methods deployed including hiding under a blanket and hoping for the best and claiming an upgrade was ‘doctor’s orders’. 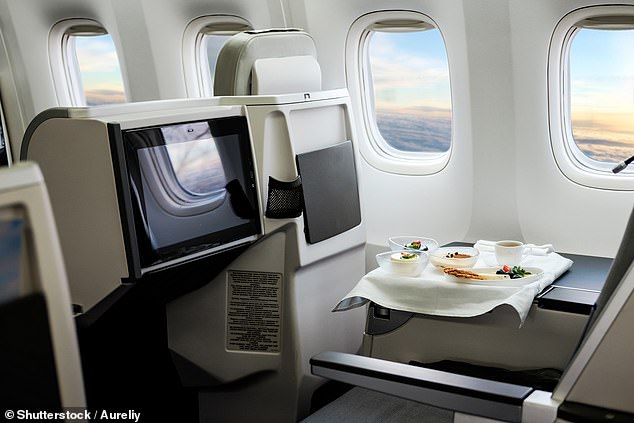 MailOnline Travel spoke to several flight attendants about passengers trying to snag unauthorised upgrades and it seems to be a common occurrence, with the methods deployed including hiding under a blanket and hoping for the best and claiming an upgrade was ‘doctor’s orders’

Are there any methods that work? The consensus among cabin crew seems to be that there is no foolproof tactic, but there are some out there claiming they get away with it constantly.

The sitting-in-business-class-under-a-blanket tactic is one of the most widely deployed by daring economy passengers. But as one stewardess said: ‘It’s not an invisibility cloak.’ When she caught someone doing this she ‘asked him for his boarding pass and he asked me why he couldn’t stay there if nobody is sitting there…’

Another cabin crew member recalled an economy passenger sitting in business class and when challenged said he was ‘lost’.

Producing a doctor’s note that says flying business is a medical requirement has also been tried, according to another flight attendant. Her method for dealing with this is to charge for the full amount and tell the passenger to reclaim it through health insurance.

One steward said a passenger popped his head through the economy/business curtain and asked an attendant in business class for a glass of wine in the hope of quaffing something extra tasty.

Jay Robert, a cabin manager at an international airline and founder of A Fly Guy’s Cabin Crew Lounge, told MailOnline Travel that some passengers think trying to sneak into business class is a fun game. 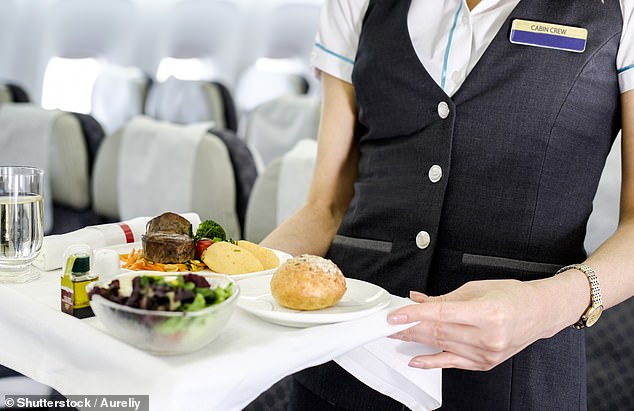 Jay Robert, a cabin manager at an international airline told MailOnline Travel that some passengers think trying to sneak into business class is a fun game. But he warned that the consequences can be serious

But he warned that cabin crew do not see it that way – and that the consequences can be serious.

He said: ‘A passenger might think it’s a fun game trying to sneak into a higher class of service, but as crew, we are not amused. Those seats are the products we sell, and when you try to take something you didn’t pay for, that’s stealing.

‘The most common punishment for upgrade theft is embarrassment. While making you take the walk of shame back to the cabin you paid to sit in, crew often talk very loudly so your fellow passengers know the reason you are being escorted back to your seat. We will also tell all the crew on the plane about your antics and put you on our “watch list”. You will probably notice the crew’s attitude towards you will change once you have been singled out from the rest as the annoying person who tried to sneak past the curtains.

‘If you cross the wrong crew member you could be facing security and a gate agent ready to accept payment for the difference in fare you tried to dodge paying once you reach your destination.’

He added: ‘Crew in business or first always know how many passengers they have and check their seat list many times during the services, so your addition to the workload is not likely to go unnoticed.’

Indeed, one steward commenting on Jay’s site said: ‘Once someone managed for the ground staff to tell him which [business class] seat was free and just went and sat there without paying the upgrade fee. Luckily I always check the seat map and noticed 1G was supposed to be empty. Went to double check with ground staff before challenging him but even then he kept claiming it was his seat and didn’t want to show his boarding pass.

‘At the end he admitted what happened and offered me $60 cash to let him sit there… like seriously? Am I going to risk my job for SIXTY dollars?’

However, some claim that there are methods that work.

One commenter on Jay’s site said that if you arrive last to check in and economy is full, you’ll be upgraded.

But a steward corrected him, saying: ‘Sorry but that’s not how it works. Most airlines will upgrade platinum/gold/silver etc card holders first, other frequent fliers, people they need to upgrade for service recovery, and people on full fare economy tickets so that they can give you a seat in economy. Arriving late does not mean you will get an upgrade.’ 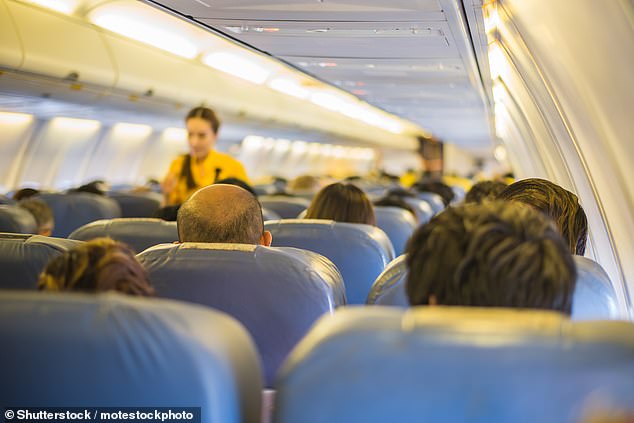 So is sneaking into business class a foolish lost cause?

There are some passengers prepared to take a chance on cabin crew just not being on the ball – and simply take being humiliated on the chin.

For example, a commenter called ‘Penguin’, contributing to a discussion on thepointsguy.com, said: ‘In all honesty I have been doing this for years. It has worked on United, Delta, Virgin Atlantic, and even British.

‘My strategy is to ask at check in if there are upgrades available. Then ask again at the gate. If they say yes you know there are a few empty seats. I also download the app and know which seats are free based on the seating chart. Board with the last group, flash your ticket and sit.

‘Been doing it for years. I’ve been caught once, it was after take off on a flight from SF to Sydney, turns out I took the pilot’s seat (on long haul there are multiple pilots to prevent fatigue and they take shifts). The flight attendant asked to see my ticket and I admitted what I did. She just asked me to move. The worst part was someone had taken my seat in coach and I got stuck in a middle seat for the majority of the 14-hour flight.’