When you travel to a destination that serves as the backdrop of a major film or series, it can sometimes fall flat. Copenhagen, Denmark is not one of those places. A gorgeous city boasting striking architecture, a storied amusement park, and a world-class food scene, the city where The Little Mermaid takes place is even more magical in real life than you would imagine.

As a kid, I loved to watch all of the typical films that Generation Y babies were raised on, my favorites being Pocahontas and The Little Mermaid. I was entranced by Ariel’s gorgeous red hair and singing sea creature friends, but until I visited Copenhagen and gained insight to the story’s background, I never had any idea it was set in the waters bordering Denmark.

Based on an 1837 fairytale by Danish writer Hans Christian Andersen, the skeletal plot of The Little Mermaid existed for over 150 years before Disney brought it to the masses. In fact, The Little Mermaid statue that sits on a rock in the Copenhagen harbor debuted all the way back in 1913, according to Visit Copenhagen. A popular tourist attraction to this day, the statue is the cherry on top of what is already a truly magical city. If you’ve ever received a postcard from Copenhagen or have Googled it online, chances are you’ve seen a picture of a row of quaint townhouses in colorful hues nestled along a canal. This scenic shot is from Nyhavn, a beautiful 17th century waterfront district where locals and tourists alike go to enjoy a drink at one of its many cafés, and where Hans Christian Andersen used to live. It’s a must-visit, if only to oogle the classic architecture (and get that perfect Insta-worthy shot); it honestly looks so surreal.

Another can’t-miss place is Nørrebro, a neighborhood where locals hang out. You can think of it as the Brooklyn of Copenhagen because it’s young, multicultural, and filled with local cafés, breweries, vintage shops, and galleries. Some of my favorite spots in the area were Saks Potts, a local brand that sells personality-rich outerwear and clothing that Kendal Jenner, Alexa Demie, and Georgia Jagger have been seen wearing; Keramiker Inge Vincents, the eponymous shop of a talented ceramist who makes gorgeous handcrafted thinware porcelain; Le Fix, a cool lifestyle brand and artist collective that can hook you up with a cool graphic tee or two; and Istid, a local favorite where you can indulge in organic nitrogen ice cream. You should also schedule an excursion to Tivoli Gardens high up on your itinerary — it’s nothing short of enchanting. Located just west of the city center, it features an antique carousel, lush grounds, historic buildings, and colorful alleys that make it feel like an entirely different mythical world. According to the park’s website, Hans Christian Andersen visited it, as did Walt Disney, who was so inspired by the ambiance of the attraction that he decided to mimic it when building his own. Indeed, we have Tivoli to partially thank for Disneyland’s extraordinary atmosphere. 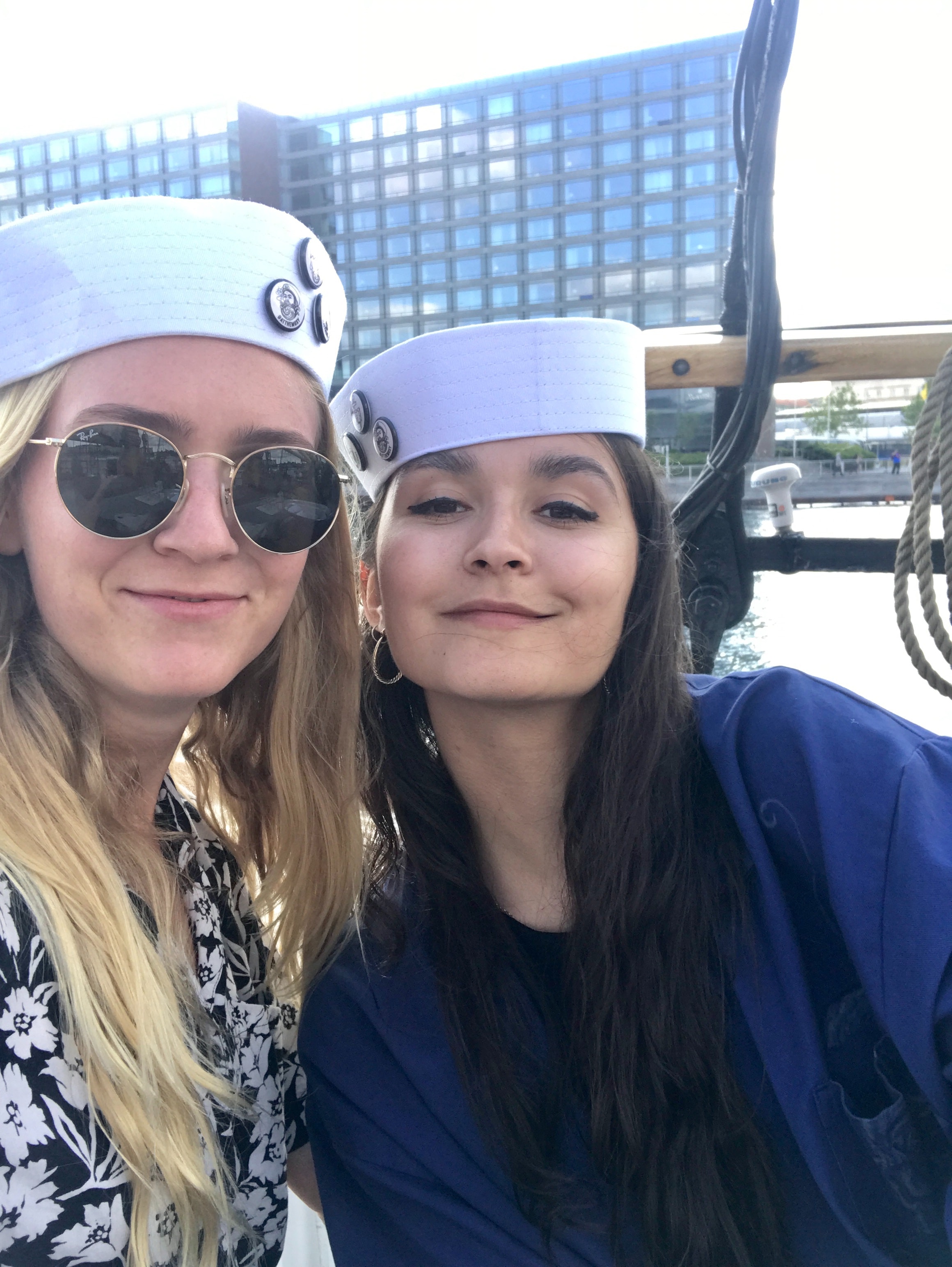 While I’m sure Copenhagen casts a uniquely dazzling spell during the winter months, I would highly recommend going during the summer if you want to take advantage of all the sunshine, sailing, and swimming —yes, swimming — the Nordic city has to offer. Located on Denmark’s Eastern coast, it’s intersected by sizable canals, which can be explored by a number of boats: there are Havnebussen boats, which are part of the city’s public transport system; romantic gondola rides; solo kayak trips; and classic sailing ships. I was lucky enough to ride on a sailing ship, little white hat and all, during a blissful sunset. Now, where’s my Prince Eric at? You can also channel your inner Ariel by diving straight into the canals, so long as you’re within one of the city’s six official bathing zones. These include: Halfdansgade, Halvandet, Havnevigen, Sandkaj, Søndre Refshalebassin, and Kalvebod Bølge, where I decided to take a dip. What makes Kalvebod Bølge special is the system of ramps within the water that can be accessed by foot and jumped off of. Make sure to also check out one of the city’s three harbour baths, Fisketorvet, Islands Brygge, and Sluseholmen.

Another reason Copenhagen is such a dream is because everything is impeccably designed, from its architecture to its fashion to its interiors. My fellow art nerds, it’s heaven. Within the city, you’ll find Designmuseum Denmark, which spotlights the work of famous creatives including fashion designer Iris Van Herpen; furniture/ industrial designers Arne Jacobsen, Finn Juhl, and Jacob Jensen; and more.

A short train ride away, there’s the Louisiana Museum of Modern Art, a series of small windowed buildings scattered across breathtaking grounds that boasts an incredible collection of art. Pieces by Pablo Picasso, Alexander Calder, Dan Flavin, Andy Warhol, David Hockney, and many more comprise its permanent collection. It’s one of my favorite museums in the entire world. If you visit, make sure to bring a swimsuit; the museum’s grounds border Nivå Bay, which is the perfect place to take a dip after a day of viewing masterpieces on your feet.

And then, there’s the food. If there’s one thing other than The Little Mermaid’s enduring spirit that makes Copenhagen utterly mystifying it’s its abundance of outstanding eats.

Noma, the two Michelin-starred restaurant is obviously on a whole other level, but if an expensive tasting menu isn’t in your budget, there are plenty of other options. There’s an incredible outdoor food market called Reffen, which is dedicated to sustainability and offers a smattering of cuisines made by local chefs; there’s a phenomenal pizzeria called Baest, where I sat by myself and downed an entire plate of their homemade burrata along with an entire pie; there’s Hart Bageri, whose sausage rolls you’ll want to eat every morning; and there’s fusion restaurant, Paté Paté, where you can eat French and Spanish-inspired food to your heart’s content. That’s just the tip of the iceberg. In terms of accommodation, I stayed at both the Moxy Copenhagen, which is aimed at the younger traveler and therefore offers more affordable rates, fun happy hours, and pop art-inspired decor, as well as a hostel in the city center (great location, but I didn’t get much sleep because of a snoring bunkmate). While the Moxy was slightly outside of the city, it offered free bike rentals for patrons, which allowed me to experience the main mode of transportation opted for by locals. (Let’s just say their bike traffic is an experience in itself.)

Whether you’re a hardcore Disney fan or just want to go somewhere where magic is always in the air, Copenhagen won’t disappoint. Dive in to one of the most uniquely beautiful (and delicious) cities on earth. If you’re like me, you’ll never want to leave. 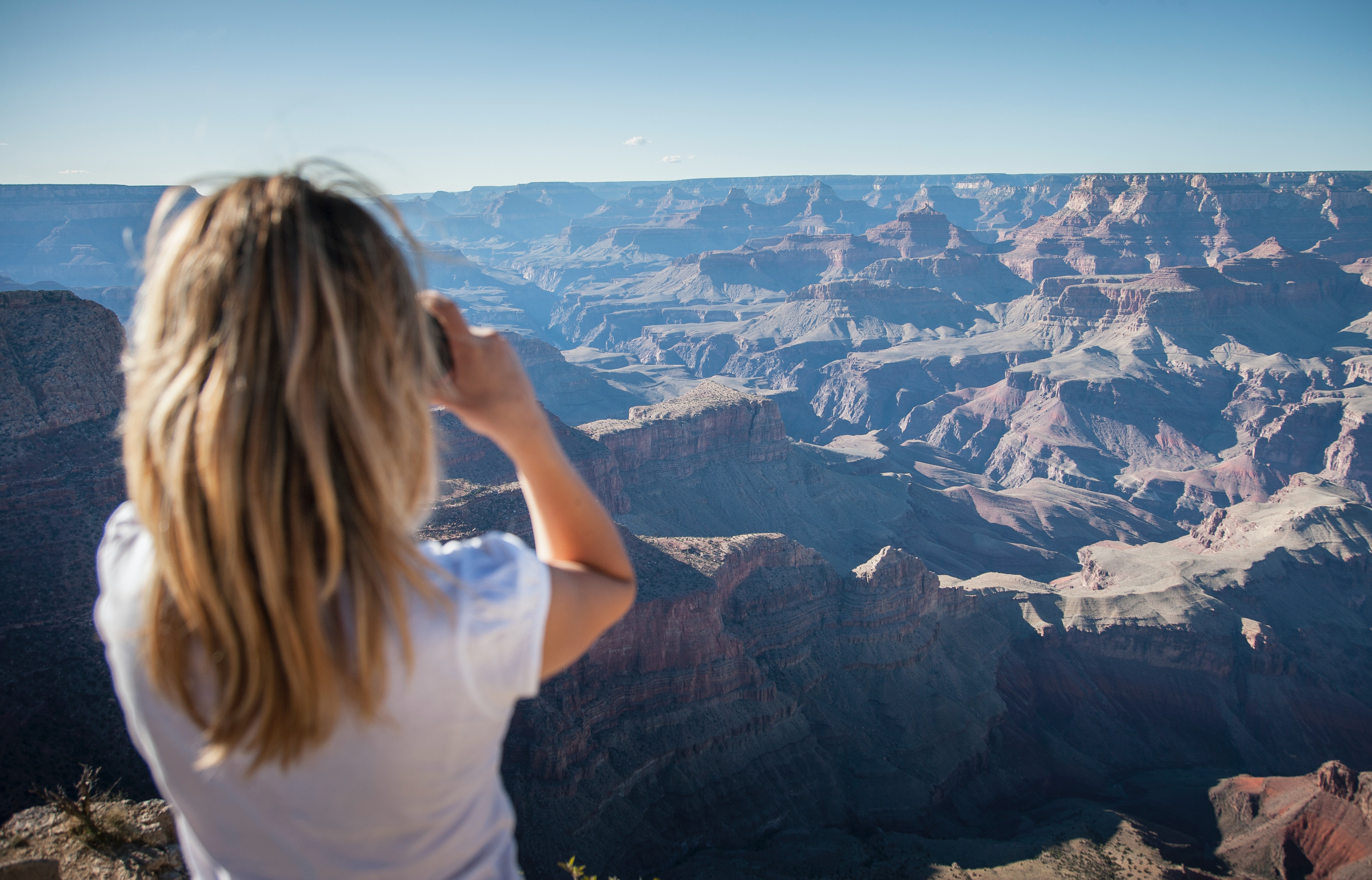