Our columnist, Jada Yuan, is visiting each destination on our 52 Places to Go in 2018 list. This dispatch brings her to Kigali, Rwanda; it took the No. 31 spot on the list and is the 39th stop on Jada’s itinerary.

“Everyone is coming. Let’s grab that table,” said Nathalie Gatesi, a new friend, as she commandeered a high top in a prime location at Kigali’s hip urban beach club, Pili Pili. Nathalie was referring to the imminent arrival of some 20 members of her family who were all texting her at once.

Kigali doesn’t have a club scene so much as it has night-life spots that, perhaps out of sense of fairness and unity, each get to be hot one night a week. Thursdays are for happy hour drinks at Inema Arts Center, followed by jazz night at Repub Lounge, which serves a coconut curry fish I could have eaten every night of my trip. Fridays, after midnight, are for dancing at the red-lit Cocobean club while sipping whiskey and amarula. Saturdays are for concerts and birthday parties, and clubs you didn’t hit up on Friday. 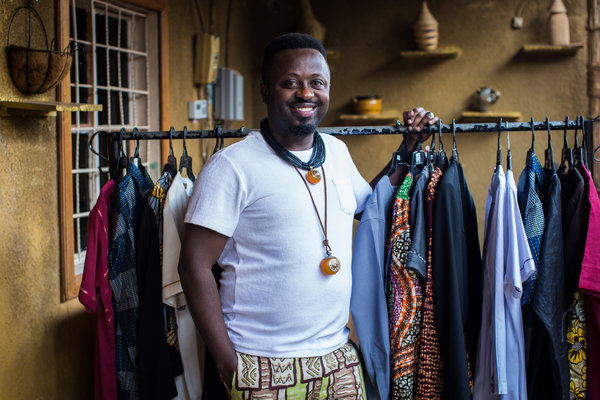 And Sundays belong to Pili Pili. A Nigerian government worker I had met at my hotel had even changed his flight to experience the magic with Nathalie and her family — and then invited me along. Preteens tossed a beach ball back and forth in the pool, while their parents drank lethally strong mojitos. A D.J. played Boy George and James Brown. Then there was that view of Kigali’s famous hills, covered in tropical greenery and red clay as afternoon turned to brilliant sunset and then to the twinkling lights of one of Africa’s cleanest cities against a pitch black sky.

“This country has grown so far it’s like a new country,” said Marie Ange Katabarwa, a relative of Nathalie’s who sat down and immediately started treating me like I was part of the family, too.

M.A., as most people call her, went to boarding school in France before the 1994 genocide, and is now an investment banker splitting her time between Paris, Dubai and Kigali. She’s been coming back here more often to take care of her aging parents and manage their family cattle farm. The city, she said, seems to be ripe with opportunities for women.

“You can open your company online in three hours. It is so easy,” she said. Parliament, she pointed out, is over 50 percent women. Now women can inherit property, whereas not too long ago, family wealth was passed on to men. A woman can open a bank account, she said, instead of asking her husband or father to open it for her. And if that woman doesn’t like her husband, she can divorce him.

“We are allowed to vote,” chimed in Nathalie, who does marketing for a telecommunications firm. The head of RwandAir, she pointed out, is a woman. “If you see a woman as the head of a company, you think, ‘I can do it.’”

While gender equality, in practice, still has a ways to go, the women I met said they feel the changes every day. “Before, people were afraid,” said Angeline Kajeguhakwa, another member of the family and a petroleum executive, who recently moved back to Kigali after 20 years in Florida. “Now you could take a cab by yourself if you are drunk or tipsy and you are going to get home safe.”

Angeline wasn't the only family member to move back. I met new transplants from Boston and New Orleans, as well as Annabelle Uwera, who may be the pioneer of the bunch. She's about to celebrate a decade back, after 10 years in London, and is now a super-plugged-in trade officer for the British High Commission.

I felt the sense of safety that Angeline had mentioned. I took walks alone at night and even hopped on a few motorcycle taxis to get around. (They’re 10 times cheaper than regular taxis, and thrilling to ride.) As M.A. explained, the government changed the constitution to ensure women feel less vulnerable, after the horrific rapes of 1994. “Women can have the power to do anything they want. They can say ‘no’. And men know they can’t beat you. They know if they do something wrong, they will go to jail.”

There is a dark side to the sense of opportunity. Adult men over the age of 35 are largely dead and gone; two generations were wiped out in three months. “One of the consequences of genocide is we have a lot of young people and a lot of women,” said Serge Kamuhinda, another family member, and a Volkswagen executive, who grew up in Germany after fleeing Rwanda at age 12. He remembers his village in flames and people running at him with machetes.

Then there are the critics of the government who have left the country for fear of political persecution, or who fled during the genocide and still feel unsafe coming home. Certain topics — politics, ethnic identity — are rarely discussed.

The people I met in Kigali do talk about the genocide, though, and often. It comes up in the fabric of everyday conversation as something that changed their country so distinctly that there is only a before and after. Almost everyone you meet has suffered loss and trauma. M.A. and Angeline lost their grandparents, uncles, aunts and cousins.

Annabelle, from London, encouraged me to go to the city’s powerful Kigali Genocide Memorial to better understand the history. When I later told her I had cried in the Children’s Room, which features portraits of kids as young as 15 months who were burned alive or had their skulls bashed in, she told me that she cannot go into that room. She has relatives in there.

Still, for every one of my new friends that night at Pili Pili, the rewards of being together with their remaining loved ones in the country that is their home seemed to far outweigh the possibility of being re-traumatized, or the fact that they all had to take massive pay cuts to move back from overseas.

“When you are elsewhere, you are replaceable,” Serge said. “But here you have a once-in-a-lifetime opportunity to contribute to building this society.” A fan of similes, he added, “coming here is like visiting your old auntie who went through cancer and beat it and is now a fitness coach with life lessons. You feel uplifted.”

Transport Kigali is a driving city. I was very happy hiring a driver-translator, starting at $100 a day, through a cooperative run by Jean Pierre Sagahutu. This saved me from having to worry about logistics, and allowed me to see the city through the eyes of a wonderful Kigali resident. Should you take a taxi, rides anywhere in the central city should cost no more than 6,000 Rwandan francs (about $7). Motorcycle taxis are around 500.

Stay I loved the luxurious new Kigali Marriott, the first Marriott in sub-Saharan Africa, until I got my bill. What looked like a steal online had a significant, not-so-transparent rate increase two days into my seven-day stay. It’s a great hotel — incredible massages, best Wi-Fi in the city — but double-check the math on the reservation web page to avoid similar surprises. For a real steal, Ivuka Arts Center has an Airbnb that goes for $20 to $25 a night.

Eat Beyond Repub Lounge, my favorite Kigali food were the delicious, tiny bananas you can pick up at any grocery store. For a wider variety of fruits, head to Kimironko and Nyabugogo markets.

See Inema and Ivuka galleries are great for browsing, or take a tour of murals with Kurema, Kureba, Kwiga, a public arts organization.

Day trip If you don’t have $1,500 to spend on the permit to see mountain gorillas, you can still observe plenty of animals at Akagera National Park, two-and-a-half hours away. I left at 5 a.m. to take in a beautiful sunrise view of villagers fetching water or transporting plantains on their bicycles. By the end of a long day, I had seen zebras, antelopes and giraffes. Cost: $40 for park entrance, $40 for a community-trained guide, and $200 for my driver. 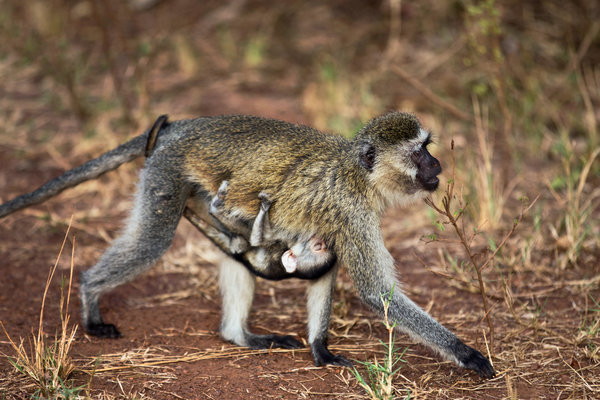 Jada Yuan is traveling to every place on this year’s 52 Places to Go list. For more coverage, or to send Jada tips and suggestions, please follow her on Twitter at @jadabirdand on Instagram at alphajada.

22 and 23: Bristol, England, and Glasgow, Scotland

24 and 25: Tallinn, Estonia, and Vilnius, Lithuania

37 and 38: Emilia-Romagna and Basilicata

Jada Yuan is the 52 Places Traveler. She spent over a decade at New York Magazine and its websites as a contributing editor and culture features writer. Her cover stories and features have appeared in Cosmopolitan, Vogue, Elle, Glamour and Bloomberg Businessweek. @jadabird