Plastic is practically an invasive species.

It’s clogging the oceans, littering cities and tainting wilderness areas that are supposed to be pristine.

Single-use plastic items — everything from disposable water bottles to shopping bags handed out like grocery-store door prizes — are among the most invasive forms of plastic. Single-use plastics are inarguably convenient, but those forks from on-the-go meals have to wind up somewhere, and very often, they become litter.

There is no comprehensive global plan to stop their spread.

But places around the world are moving to ban some forms of single-use plastics. Rwanda banned plastic bags in 2008. Washington, D.C., has for years charged 5 cents for plastic bags, and earlier this year banned plastic straws and drink stirrers. Other countries and cities are working on or have enacted their own policies. In some areas, tourism-related businesses are leading the charge.

Here are a few different plans of action that tourist-friendly destinations have for tackling their plastic pollution: 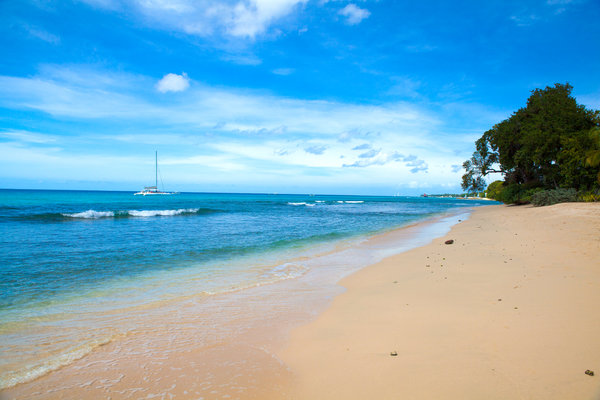 Earlier this month, Barbados enacted a nationwide ban on single-use plastics. It includes food service items from cutlery to Styrofoam containers, and, beginning in January, will be expanded to prohibit plastic shopping bags.

“There will be an immediate sense that Barbados is much tidier and a cleaner location,” said Connie Smith, a trustee of the Waste 0 Resources Trust in Barbados, a group that advocates for reducing plastic use.

The goal, according to officials from the country, is to make Barbados more sustainable and protect the island’s biggest tourist draw — its natural landscape. Tourism, after all, is a major component of the economy in Barbados.

“Irrespective of whether you’re a local or a visitor, everyone is looking to make more responsible choices,” said Petra Roach, the U.S. director of Barbados Tourism Marketing. “We need to be extremely protective of the space that we have.”

The officials from Barbados said most businesses and residents supported the new policy, and that educating visitors was fairly easy because many tourists who come to the island live in places that already have some form of their own plastic bans.

Many businesses there offer or will offer biodegradable or compostable alternatives to plastic food service items, but visitors are also encouraged to bring their own containers, like reusable coffee mugs.

“The reality is that we are on a movement toward greater sustainability,” Ms. Smith said.

The West Coast is often seen as an incubator for progressive environmental policies, and Seattle is among the locales leading the charge on reducing plastic waste.

In 2012, the city enacted a ban on plastic bags, and earlier this year started enforcing a long-planned ban on plastic food service items. So far, according to city tourism officials and business leaders, the policies have gotten little pushback.

“It’s been accepted broadly and widely as the right thing to do,” said Tom Norwalk, president and chief executive of Visit Seattle. “It’s something people have come to expect when they visit Seattle and the Northwest, that we have an extreme sensitivity to sustainability.”

Overall, he said, locals largely support the policies, and many visitors to the city are environmentally conscious. Even those that aren’t generally respect the plastic regulations. Business owners, too, said the bans don’t cause too much friction, and in some cases present teaching opportunities about environmental issues.

“When people see it, they’re curious about what we’re doing,” said Bob Donegan, president of Ivar’s Restaurants, a chain of more than 20 restaurants around Washington state, with five restaurants in Seattle. The cutlery and plates used in the restaurants are now compostable, and the drinking straws biodegradable. He explained that at the chain’s counter-service locations, guests have to sort their own garbage into appropriate bins — trash, recycling and compost. During the height of the summer tourist season, his busiest restaurants assign staffers to help unfamiliar diners throw things away properly.

In 2014, Scotland instituted a 5 pence charge for plastic shopping bags. Although they’re not banned outright, the country saw an 80 percent reduction in plastic bag use in the fee’s first year.

“It’s very important that we protect it and maintain it for its own sake but also for the tourism,” said Janie Neumann, Visit Scotland’s industry development manager for sustainability. She added that educating people about ways to reduce their waste and protect the environment makes them more motivated to do so. “Consumer awareness in a way is driving change.”

Scotland, along with the larger British and European Union governments, is considering legislation to introduce more stringent plastic policies, including laws that would ban straws or plastic food packaging.

In Cambodia, a country that uses about 4.6 million plastic water bottles per month, the manager of a boutique hotel wanted to effect change on his own.

Christian De Boer, the managing director of Jaya House River Park in Siem Reap, started a mission to reduce plastic water bottle waste in 2017. The Refill Not Landfill campaign is a voluntary program for hotels and restaurants to offer their guests reusable water bottles and make free filling stations accessible to participants. The bottles feature a square-shaped QR code that thirsty users can scan to find the nearest refill site.

The campaign is expanding across Southeast Asia and Oceania, and Mr. De Boer said he hopes it can be a model for plastic reduction worldwide, especially in places where clean drinking water is already available at the tap.