Revealed: The cheapest destinations for a European Christmas market break – and it’s Riga that’s best value but Copenhagen is most expensive

Riga has been named as the best value destination for Brits heading on a Christmas market break.

A study looked at the prices in 10 European cities taking into account the cost of return flights, B&B accommodation, transfers, two evening meals for two with wine and coffee and festive drinks and snacks at the market.

And it revealed that holidaymakers only have to shell out £499 for two people to enjoy the market in Riga compared to £884 for the same items in Copenhagen. 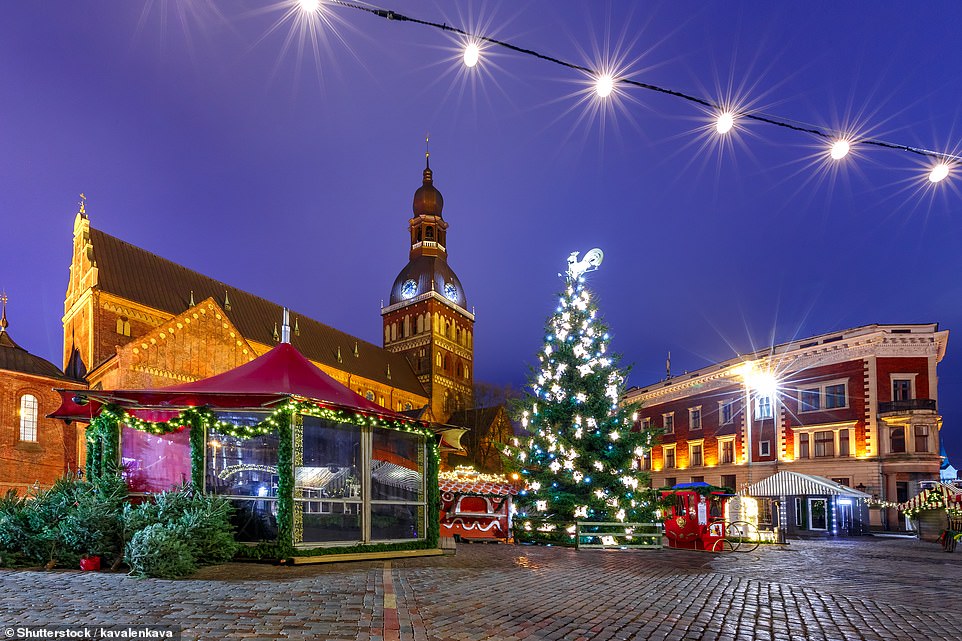 Research carried out by Post Office Travel Money has revealed that Riga, pictured,  is the cheapest place in Europe for Brits heading on a Christmas market break

The research was carried out by Post Office Travel Money as part of its annual Christmas Markets Barometer.

At £592 for the two-night break for two, the Czech capital scored well because it was easily the cheapest city for meals, drinks and other Christmas market staples, while package prices were among the best value of those surveyed.

Another Baltic capital, Tallinn (£606) completed the Eastern European top three although Christmas market visitors can expect to pay almost eight per cent more for a break in the Estonian capital this year.

In fourth place, Berlin (£631) emerged as best value for a festive break in Western Europe in this year’s report at £59 cheaper than Lille (£690).

Barometer prices have fallen 9.5 per cent since last year, making Germany’s capital £68 cheaper than another German city Munich (£699), which boasts one of Europe’s best-known Christmas markets.

A lack of budget-priced packages and an 8.5 per cent rise in the cost of meals and drinks helps to account for the increased cost of a Munich Christmas market break.

Andrew Brown of Post Office Travel Money, said: ‘Our advice to people planning visits to a Christmas market city is to do their homework carefully before booking. It’s well known that tourist staples are cheap in Eastern European cities, but Berlin also looks great value for a Christmas markets break this year and, closer to home, Lille is also a good option.’

Meanwhile, further research by Post Office Travel Money revealed that Berlin and Munich are among five cities where savvy shoppers can also save on designer brands away from the Christmas markets. 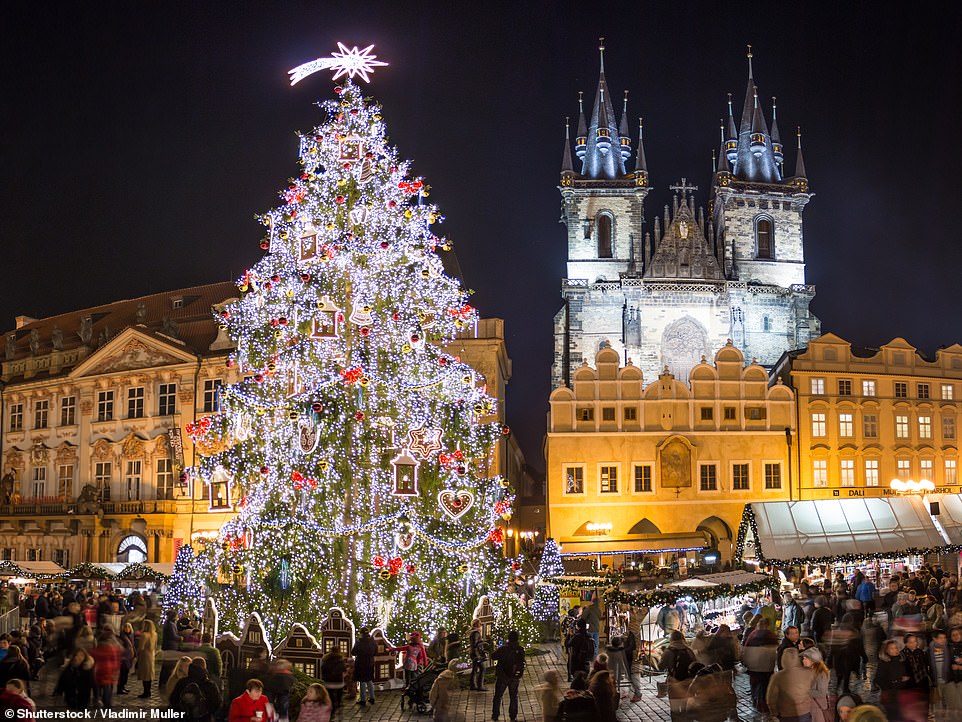 Prague, pictured,  registered the biggest year-on-year price fall. The Czech capital scored well because it was easily the cheapest city for meals, drinks and other Christmas market staples

To add to this, the Post Office found that there are rich pickings to make on individual items in all of the Christmas markets cities except Copenhagen.

Better still, there are savings of over 40 per cent to be made in Lille, Munich, Prague and Riga on a GoPro Hero 7 camera – £379 in London but £194 in Europe (Riga: -48 per cent). In fact, the camera is cheaper in seven of the 10 European cities than in London.

Clinique eye shadow palettes and lipsticks are over 11 per cent lower than the London price in Prague, with even bigger savings of 25 per cent or more on the eye shadow in Riga and Vienna.

But it is not all plain sailing when it comes to finding bargains, says Post Office Travel Money’s Andrew Brown.

He added: ‘Shoppers could come unstuck if they don’t check prices carefully before reaching for their wallets. Our research found big price variations across Europe and bargain-hunters could find themselves paying more than in the UK, particularly for fashion items.’