BY Toutatis! Parc Asterix turned 30 last week.
The loveable comic book Gaul, who sticks it to the Romans with his magic potion and pal Obelix, also celebrates his 60th birthday later this year. 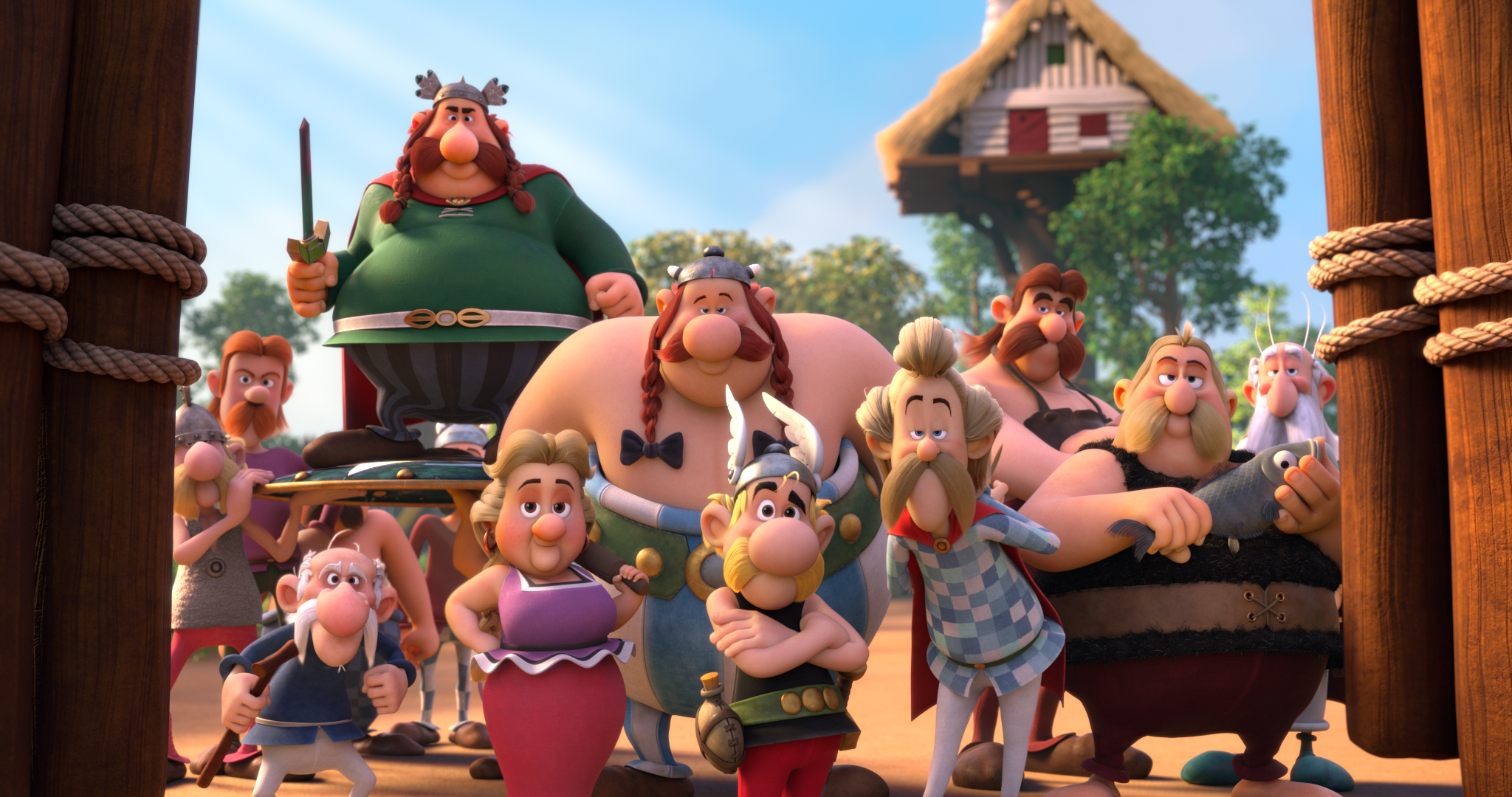 But the parc is showing no signs of ageing.

Just north of Paris, Parc Asterix has been supercharged with new 4D experience Attention Menhir! and a second hotel, La Cité Suspendue, which is themed like an old Celtic woodland village.

The wife and I zipped over to the park for last weekend’s celebrations, with our eight-year-olds Martha and Gracie. We took the Eurostar then a 40-minute taxi to the park.

The entire journey from London took under three hours — less than it would have taken us to drive to Alton Towers. 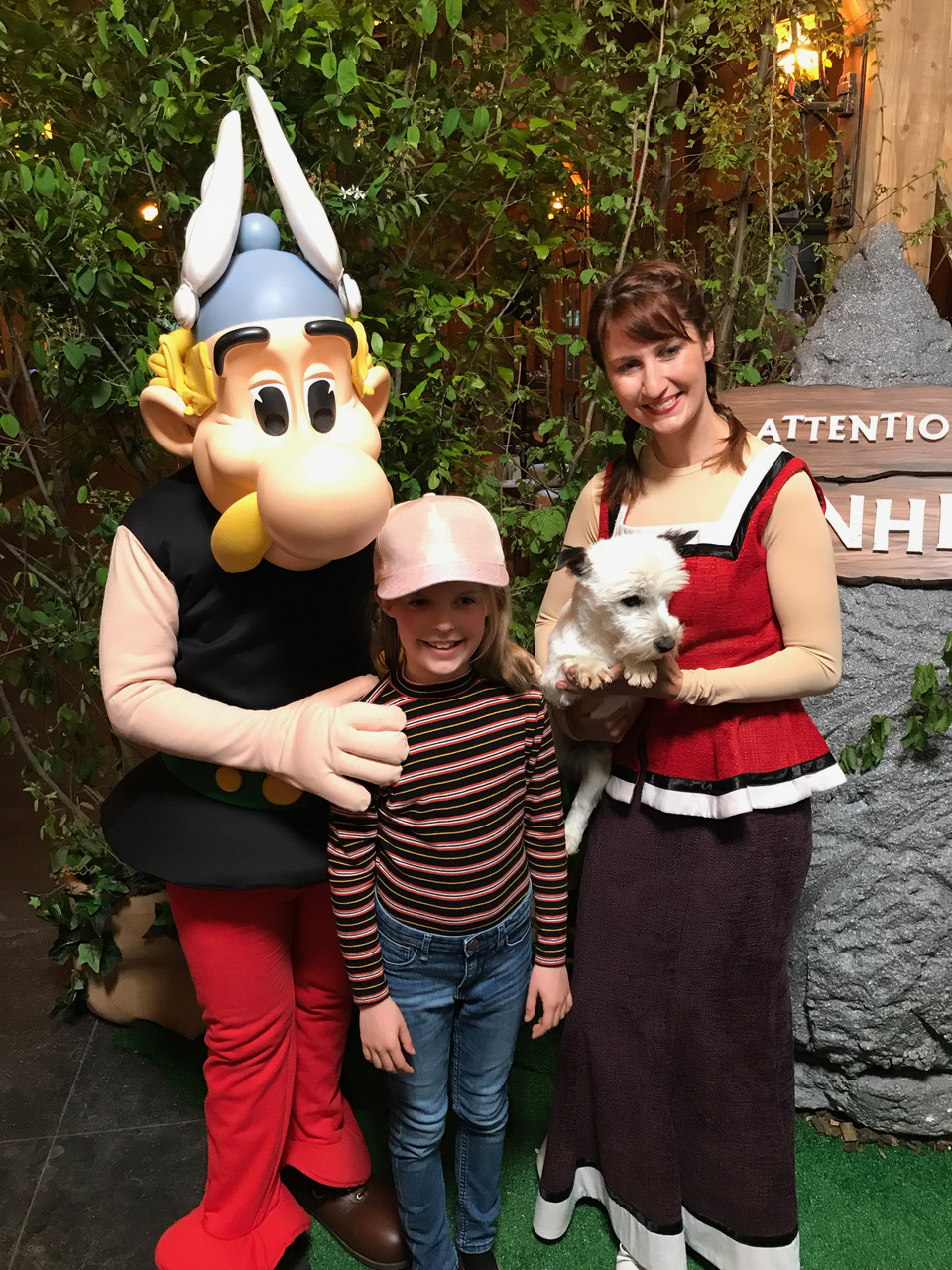 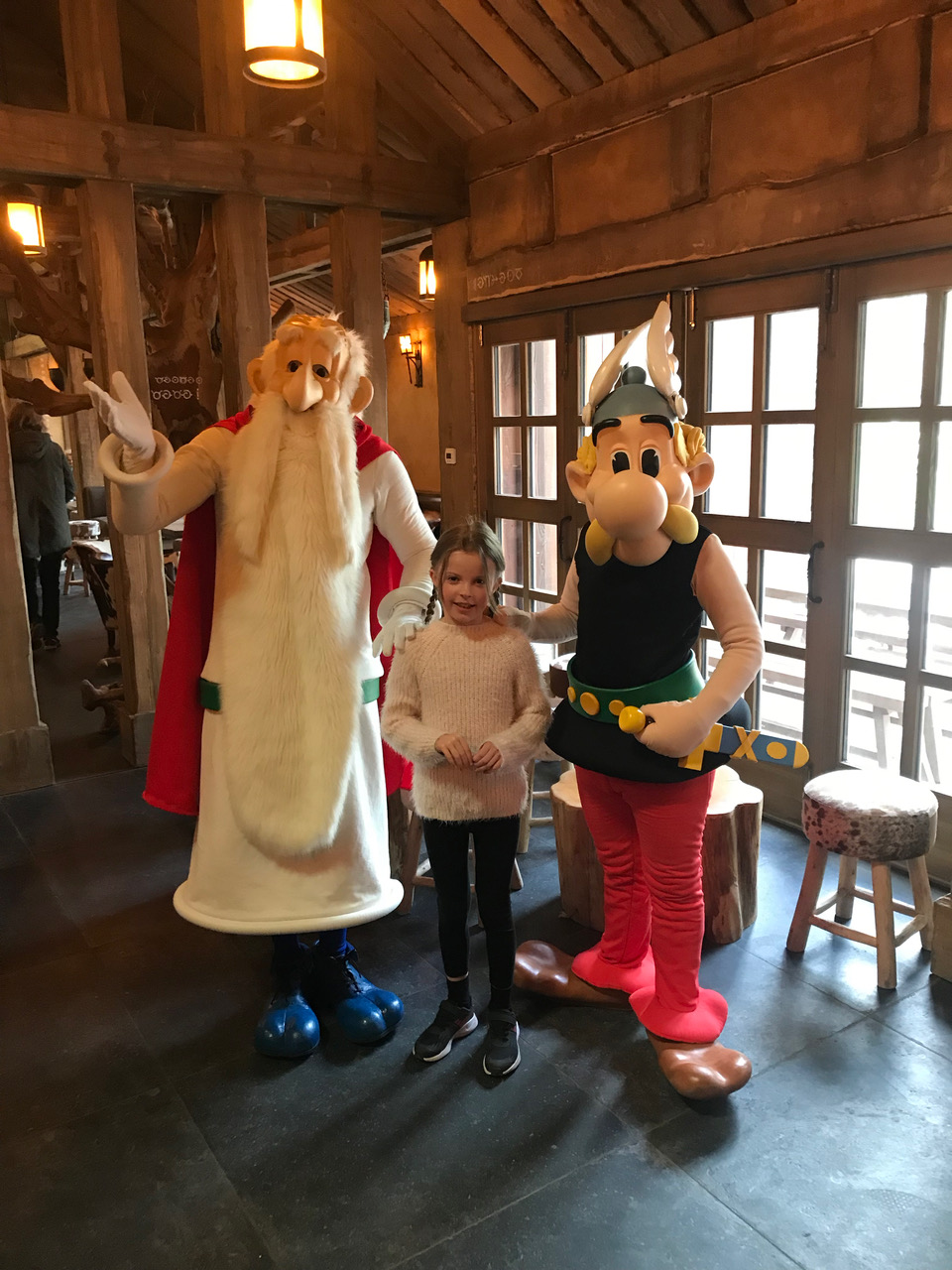 We arrived in time to check into our family room at La Cité then enjoy two hours of fun in the parc before closing time. It allowed us to both get our bearings and jump on the first two rollercoasters we found — Le Vol D’Icare and Pégase Express.

The latter surprised the heck out of us halfway through when it set off backward after a nasty encounter with an animated Medusa. While most of the attractions in the park are en Francais, it didn’t hinder our fun over the course of the weekend.

English language maps stopped us roaming around aimlessly and most, if not all of the staff can speak some English — which combined with our school French made communicating a bit like being in a theme park version of ’Allo ’Allo!

It helps to brush up on the comics before visiting the parc — they have a subtle humour that crops up in some of the attractions such as Attention Menhir! — but you can also just enjoy the rides if you don’t know your Geriatrix from your Getafix. 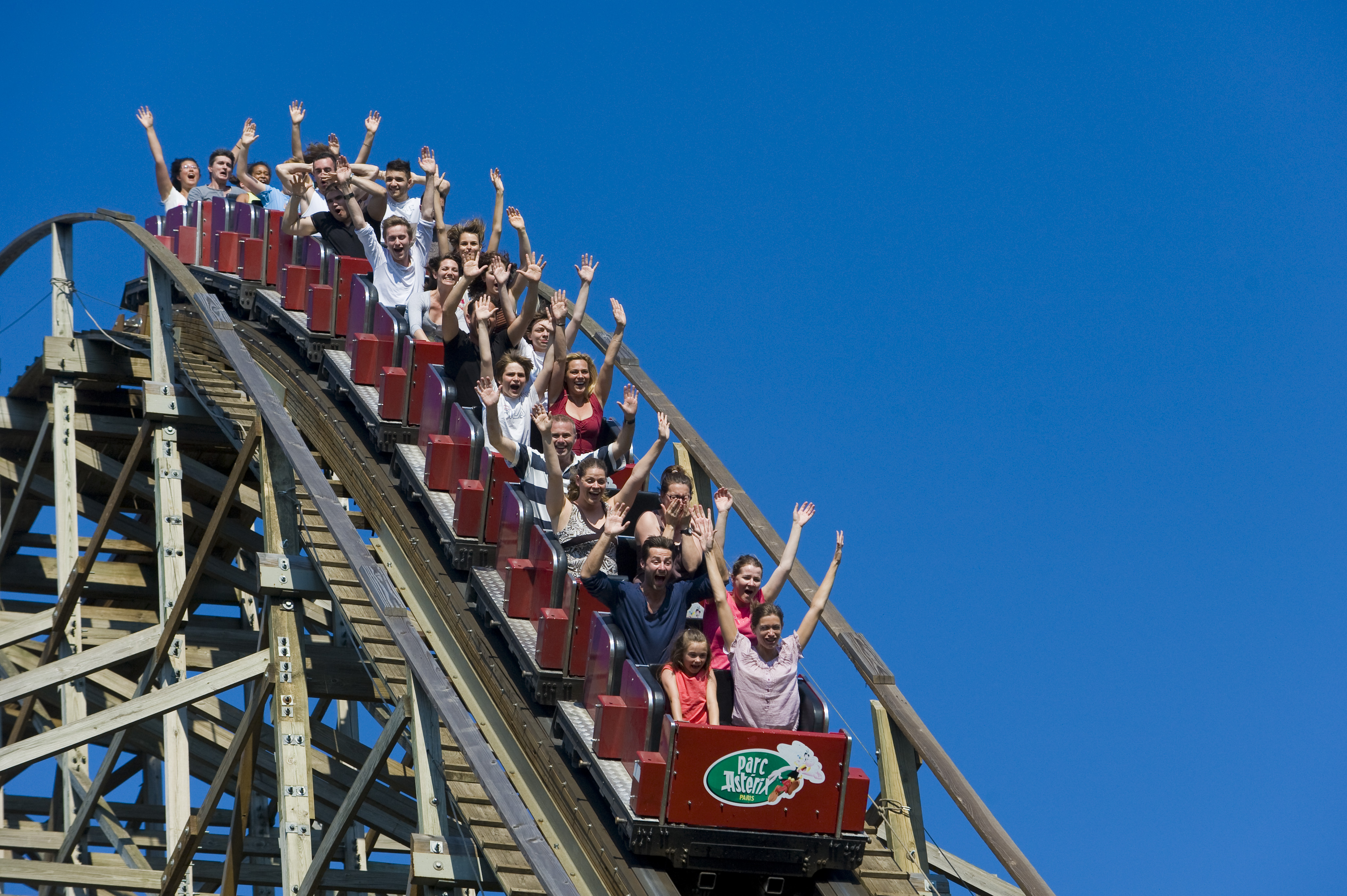 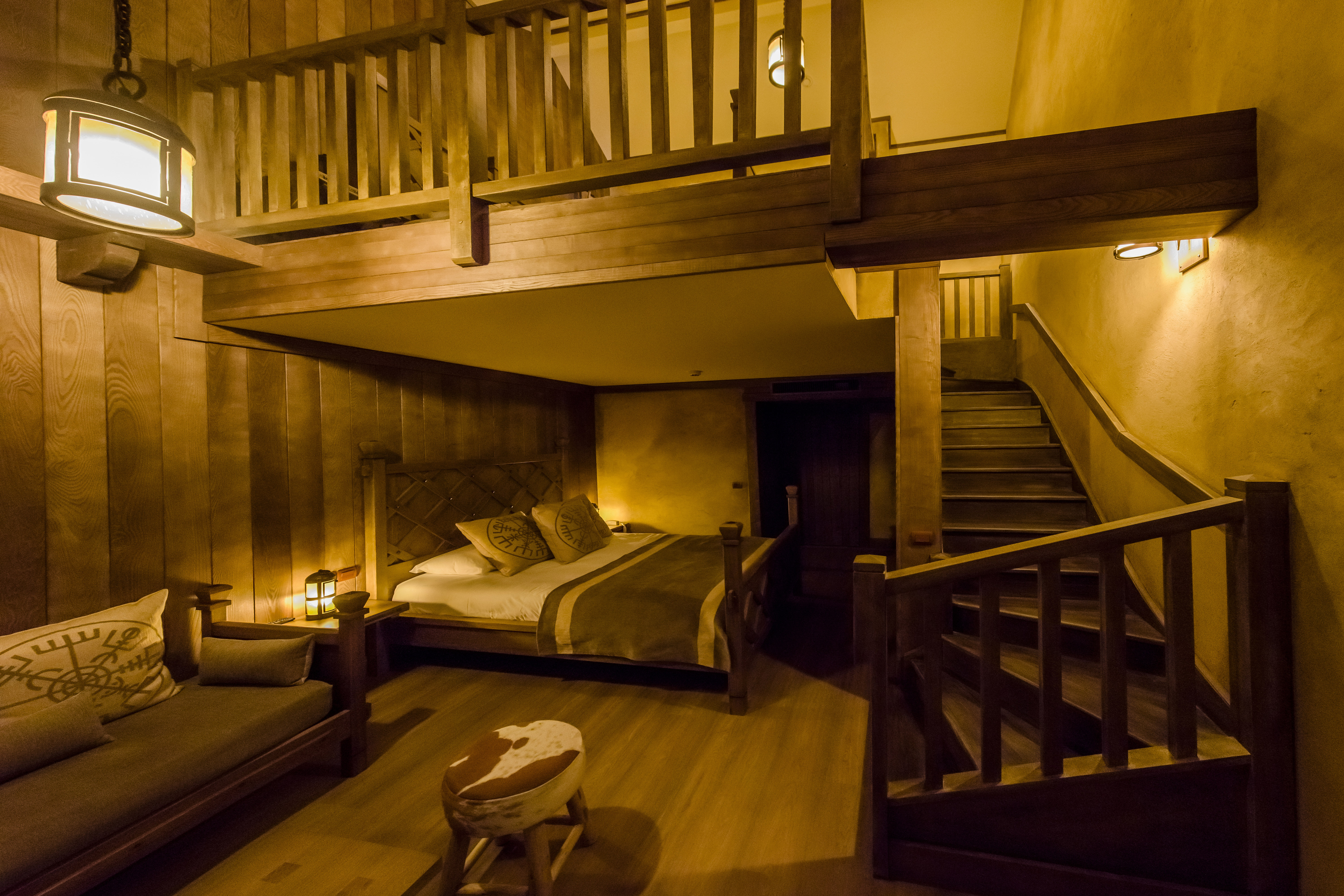 The best thing for our girls was that, at 1.35metres tall, they got on all the rides bar two — a rarity in a parc for kids their age, which left them feeling very grown up.

Inverted rollercoaster Oziris had us gasping for air and asking for more, while Tonnerre de Zeus sped us 100ft above the park at a thunderbolt 60mph.

Three water rides, Menhir Express, Romus et Rapidus and Le Grand Splatch, left us soaked, as did the water sprays in the new 4D Attention Menhir! — a cartoon romp with smells so realistic we were left pinching our noses at one point.

The grub was good, too. We had lunch at the parc’s circus-themed Le Cirque eaterie and dinner in the hotel restaurant. Both offer all-you-can-eat buffets, including Asterix and Obelix’s favourite wild boar.

The addition of a second hotel means it’s now easier to make a weekend out of your visit.

We spent a day and a bit enjoying the rides, meeting the characters and eating our weight in candy floss, before heading into central Paris on the Sunday with enough time to see the Arc de Triomph and reach the summit of the Eiffel Tower before our train home.
All in all, a weekend that packed a real punch.