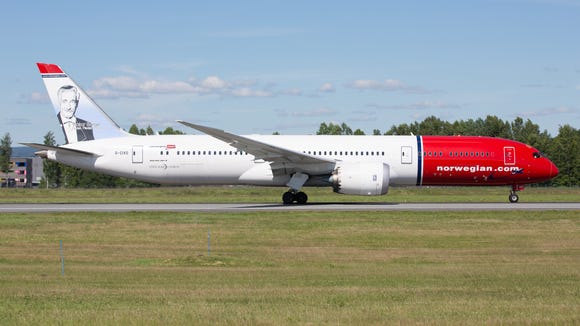 Norwegian Air is adding two new European routes and one brand-new destination from the United States.

Fares on the new routes begin at $159 one way from New York JFK to Athens and from $199.90 one way from Chicago O’Hare to Barcelona.

Norwegian has expanded at a breakneck pace during the past few years, but has recently slowed its growth amid recent financial difficulties. The airline has deferred some plane deliveries and dropped some routes – mostly within Europe – in an effort to hold the line on costs.

In the USA, Norwegian ended its nonstop flights between Newark, New Jersey, and Paris Orly, though the carrier still flies between New York JFK and Paris Charles de Gaulle. Earlier this week, Norwegian confirmed that it would ax its existing service to the French Caribbean from New York JFK, Montreal and Fort Lauderdale, Florida. Last fall, Norwegian said it would end four Boeing 737-operated routes that it flew to Edinburgh, Scotland, and Belfast, Northern Ireland, from both Providence, Rhode Island, and Newburgh, New York.

TODAY IN THE SKY: Norwegian Air: U.S.-Caribbean routes will not return

Even with those cuts, however, Norwegian has kept a robust presence here even amid its broader issues.

With the new Athens and Barcelona service, Norwegian will offer 54 combined nonstop routes to Europe from 17 different U.S. airports.

“Norwegian is fully committed to the United States and have answered our passengers’ growing demand for more destinations from both New York City and Chicago,” Matthew Wood, Norwegian’s senior vice president of commercial long-haul and new markets, says in a statement.

“Already serving most of Europe’s top destinations, Athens is an exciting addition to our trans-Atlantic route network. Barcelona, which we added two and half years ago from the U.S, is performing so well that we are adding both a new route, from Chicago, and increasing frequencies from both New York City and Los Angeles,” he added.

From New York JFK, Norwegian will fly either seasonally or year-round to 13 different European cities once the Athens service begins. In November of last year, Norwegian passed British Airways to become the busiest non-U.S. airline at JFK based on passengers carried.

Also included in Friday announcement, Norwegian also said it would beef up its Barcelona flight schedules from Newark and Los Angeles. The airline’s Newark-Barcelona service will become daily while its LAX-Bareclona service will go to six-times-weekly. That’s an increase of one flight per week on each route. Norwegian also flies to Barcelona from Fort Lauderdale, Florida, and Oakland, California.

Direct competition: Delta. From Newark, both Emirates and United fly nonstop to Athens.