From locking eyes with a gorilla to exploring a Mao village: National Geographic Traveller reveals the winners of its prestigious photo contest

What do you get if you cross an inquisitive gorilla and a talented photographer? An award-winning shot.

Daniel Burton’s striking image of a mountain gorilla in the Congo has been revealed as the grand prize winner of National Geographic Traveller (UK)’s Photography Competition 2019.

Along with the prestigious award, he has scored a wildlife photography adventure in the Tatra Mountains of Slovakia, courtesy of Tatra Photography.

Chris Hudson, art director at National Geographic Traveller (UK), said of the grand prize winner’s close-up photograph: ‘His shot with eye contact immediately captivates the viewer, and the way in which he’s filled the frame with the subject makes it an intense and imposing photograph. Overall, it offers a real sense of an intimate and personal experience, which is ultimately what we’re looking for.’

Burton’s eye-catching photo also came first place in the Nature category of the contest, with other awardees claiming victory in the Cities, People, Food, and Portfolio divisions.

The winning photos can be seen in a photography feature in the April 2019 issue of National Geographic Traveller (UK), on sale 7 March 2019, priced £4.60. Scroll down to see the cream of the competition’s top shots… 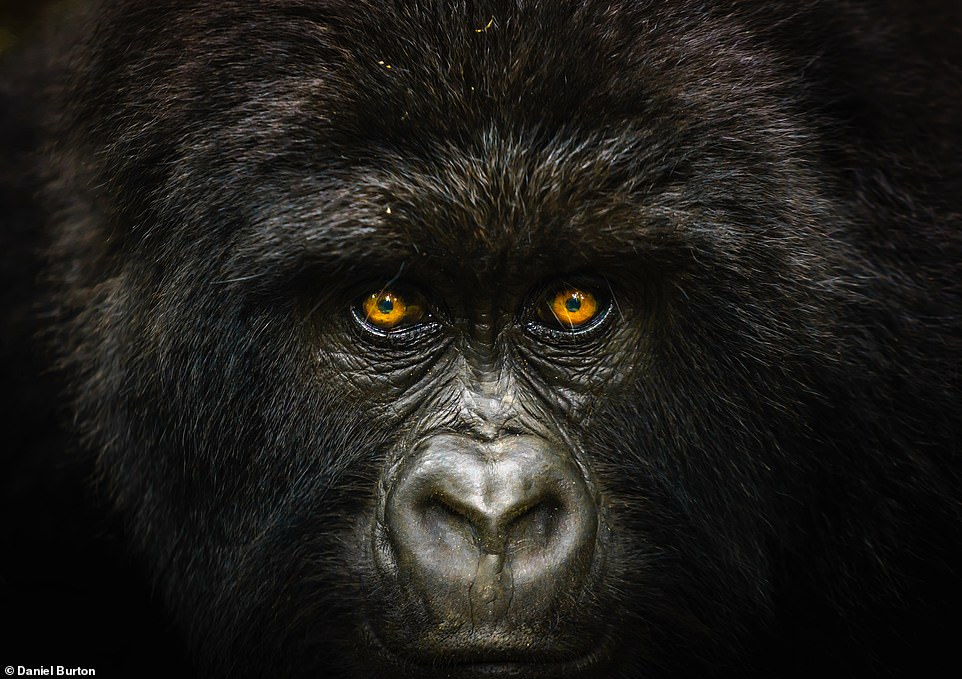 This close-up shot of a gorilla was taken by Daniel Burton on the slopes of Mount Mikeno in the Democratic Republic of Congo. He explained: ‘Some of the world’s last mountain gorillas live on the slopes of Mount Mikeno. This is a female from the Humba family, a habituated group that lives near Virunga’s Bukima station.’ This image was revealed as the grand prize winner of National Geographic Traveller (UK)’s Photography Competition 2019 and winner of the Nature category 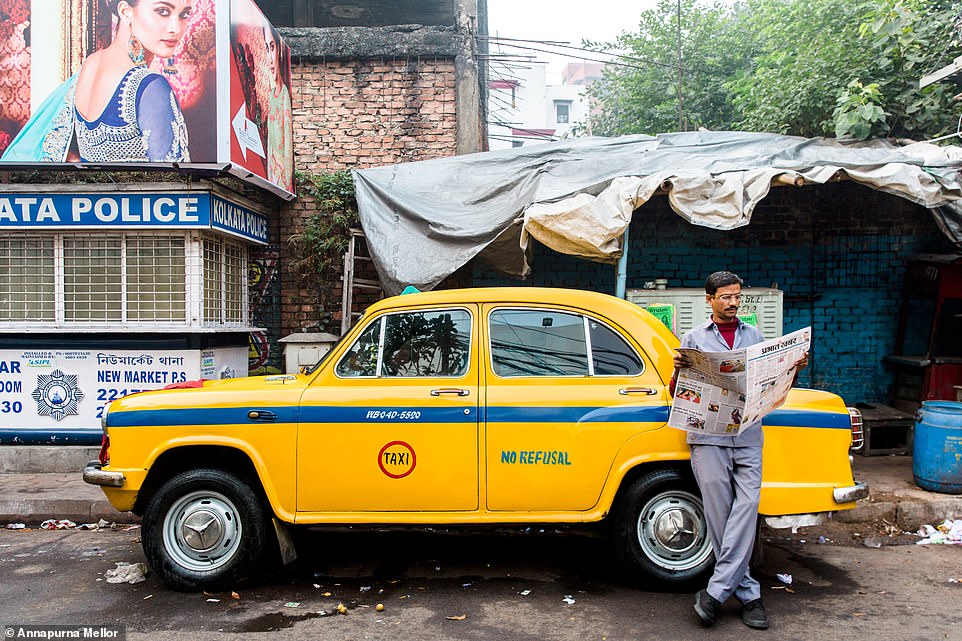 Annapurna Mellor took this colourful photo in the streets of Kolkata in India. The image, which shows a taxi driver leaning against his yellow cab reading a newspaper before starting his day, came first place in the ‘cities’ category 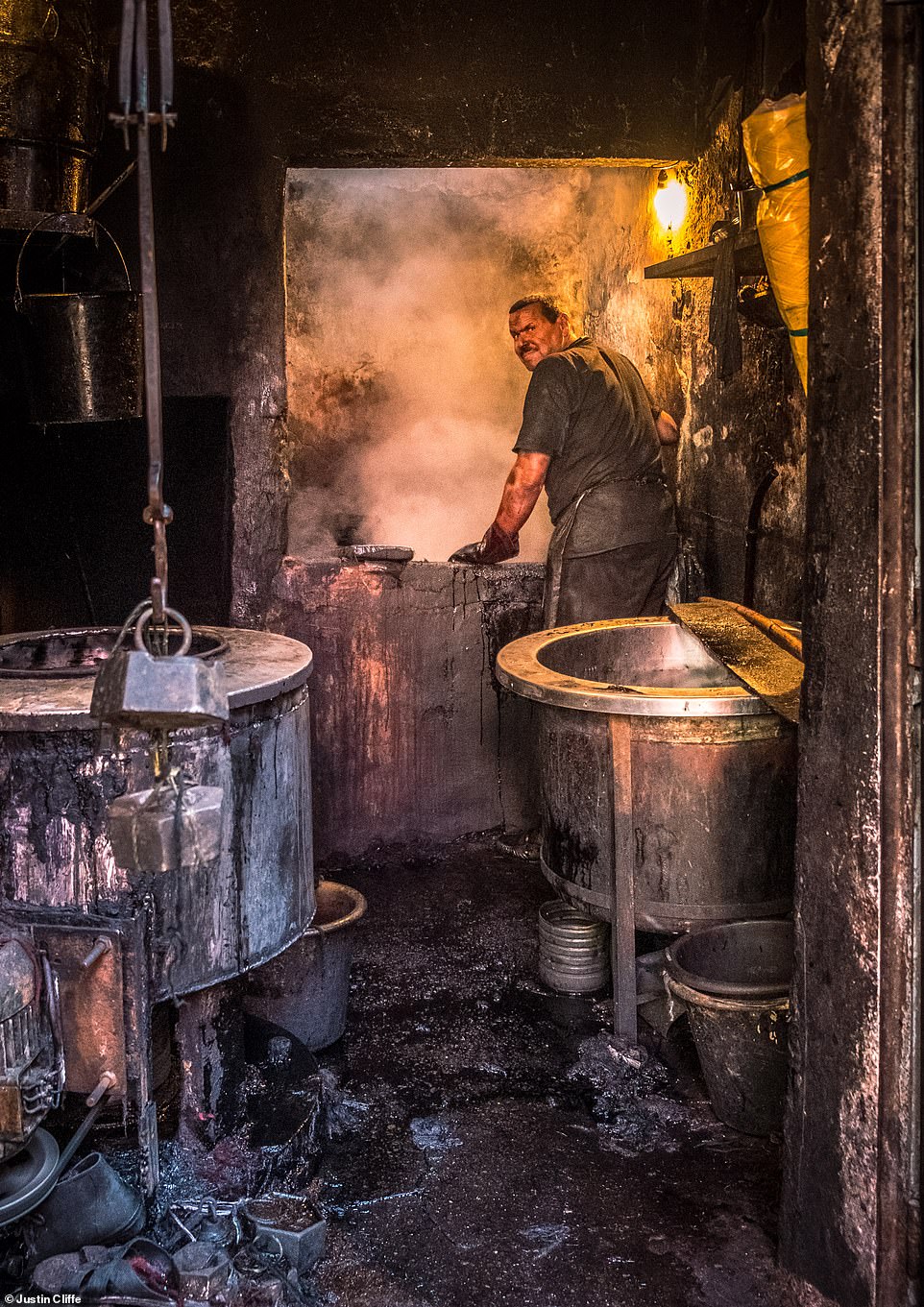 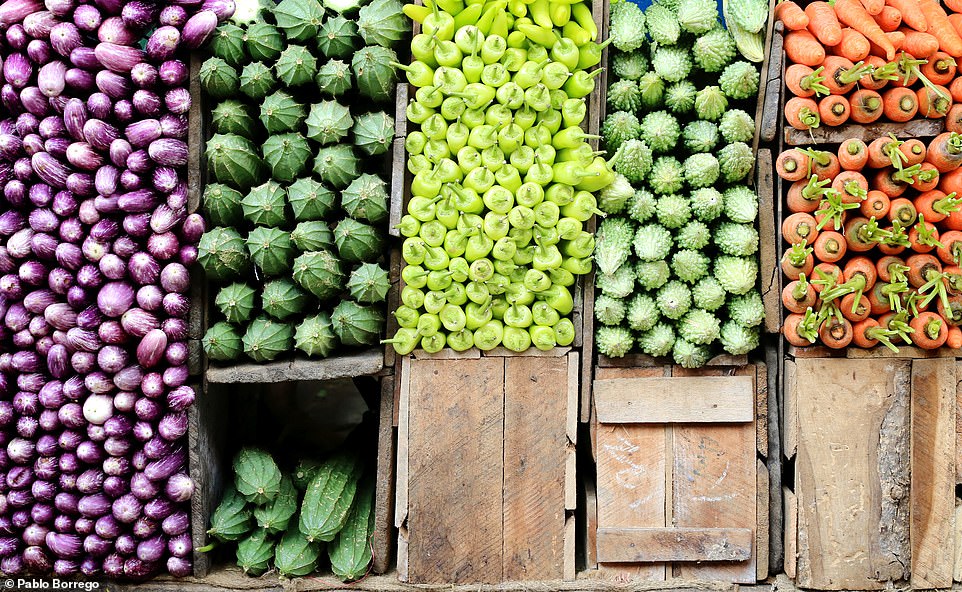 Pablo Borrego took this colourful image while perusing the stalls around Kandy Central Market in Sri Lanka. Describing the scene, the photographer said: ‘Everything in a busy market feels magnified – all your senses are pushed to the limit – presenting an abundance of photographic opportunities.’ This image was picked as a winner in the ‘food’ category 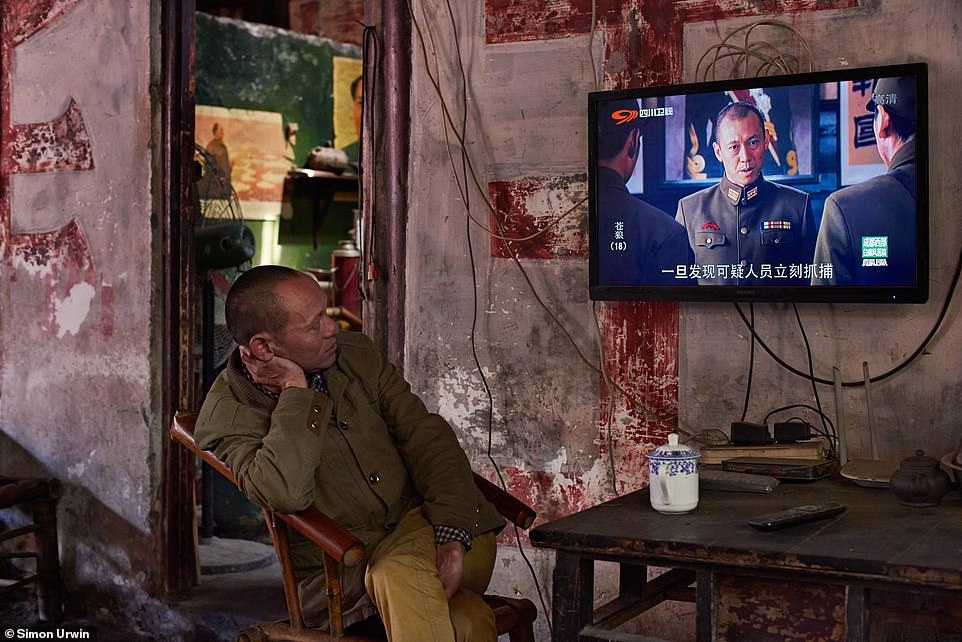 Simon Urwin took this photo in the town of Pengzhen, in the Sichuan province of China, where the ‘shadow of Chairman Mao and his cultural revolution still looms’. The photographer said of this particular shot: ‘Locals come to the teahouse to smoke, gossip, have their fortunes told, and watch war movies on the TV.’ This image helped Urwin score the number one prize in the ‘portfolio’ category 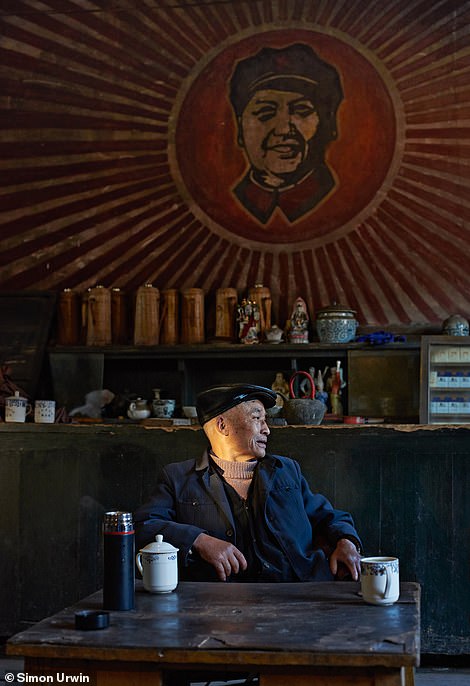 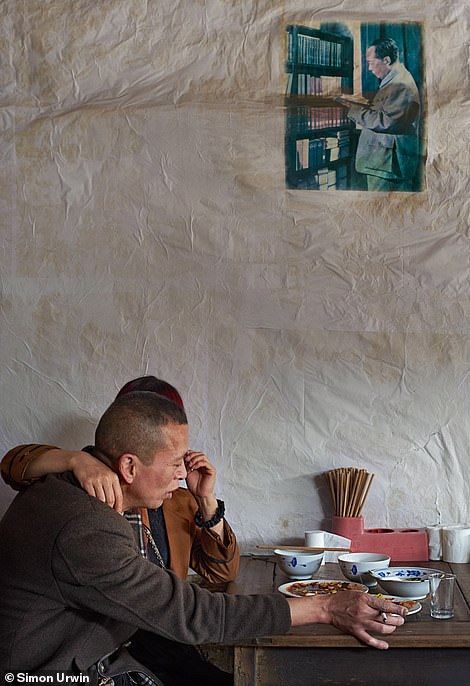 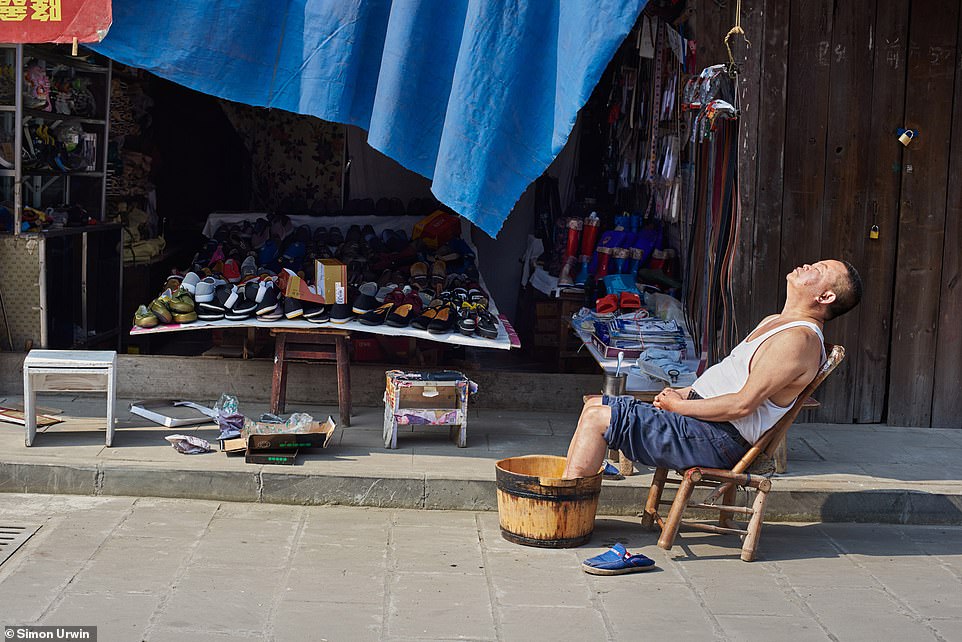 As part of his portfolio submission, Urwin took this photo of a shoe salesman taking a break in the sunshine and soaking his feet in a wooden bucket 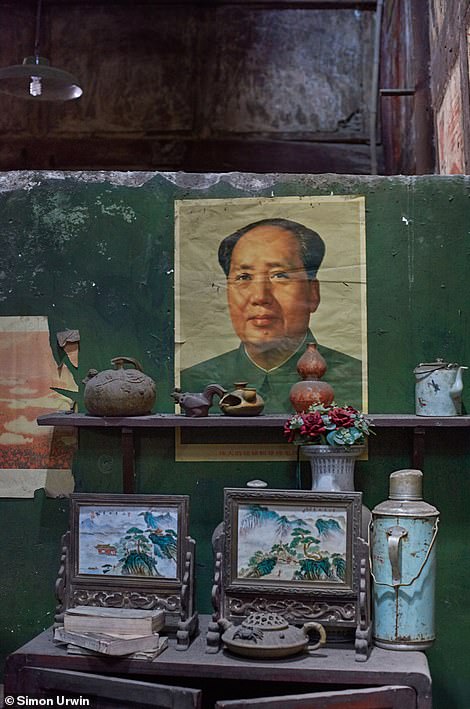 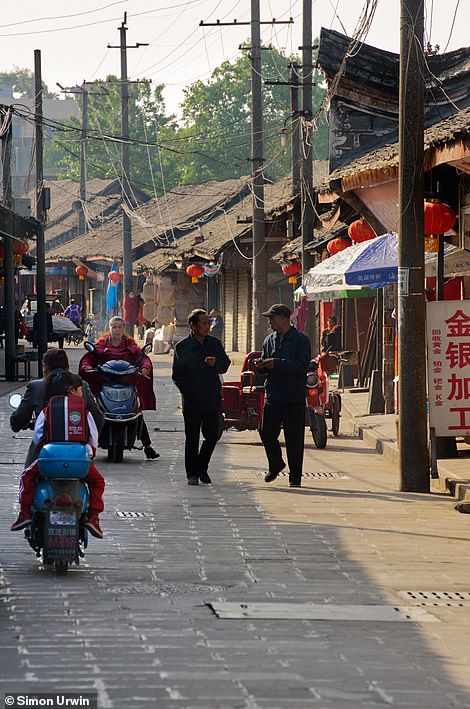 After venturing into a former opium den, Urwin took a photo showing some of the eclectic things on display (left) and he also captured pedestrians going about their everyday lives in the deep western suburbs of Chengdu in China (right) 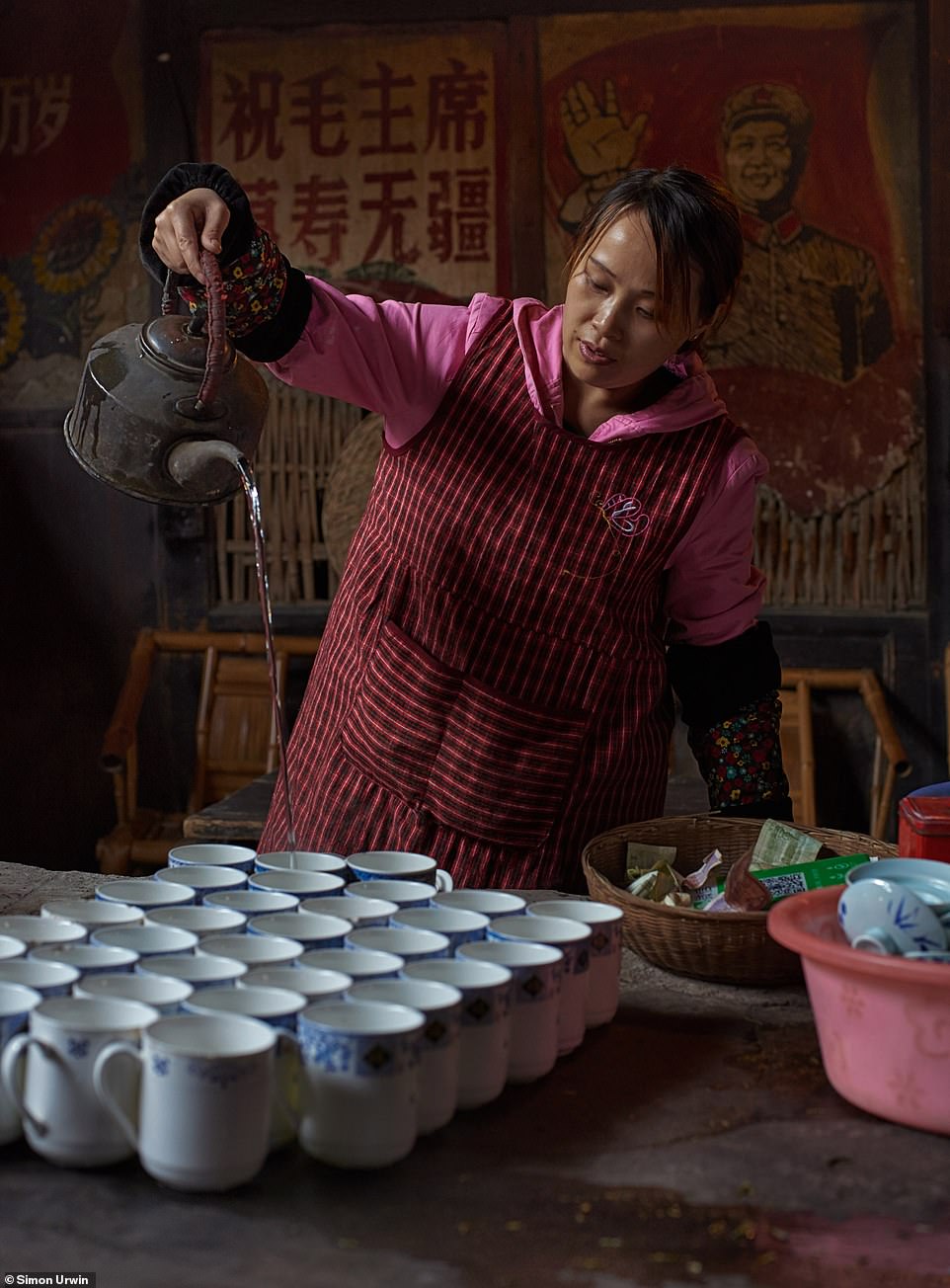 This photo by Urwin shows a female server in a local teahouse pouring water from a height to ‘extract maximum flavour’. Apparently she was serving a refreshing blend of jasmine and green tea 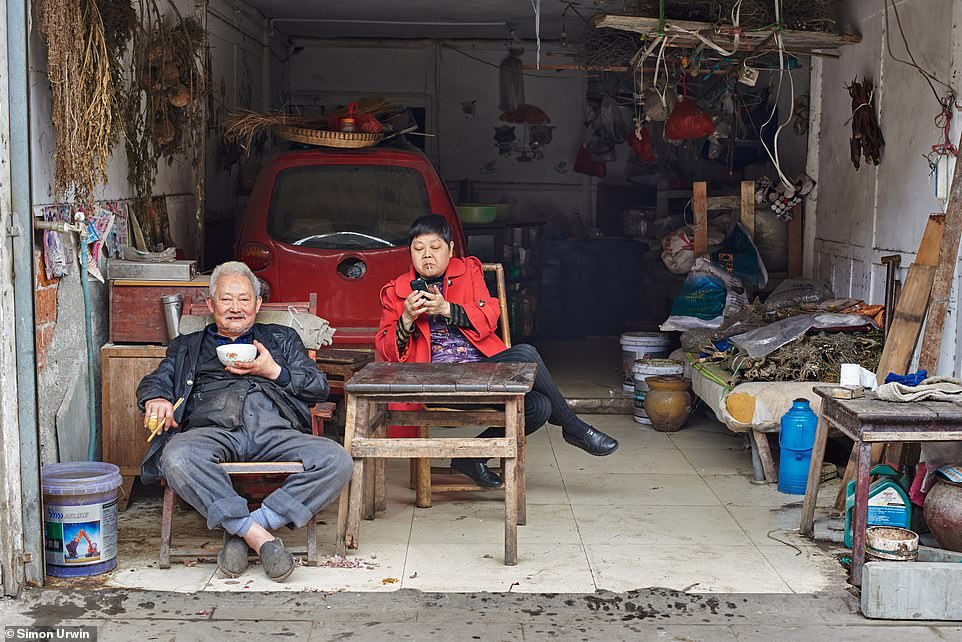 This image by Urwin shows a man named Qingyuan Xu sitting outside his makeshift ‘doctor’s surgery’ where he practices traditional medicine. Giving some background to the doctor’s story, Urwin says: ‘Qingyuan, 78, began studying traditional medicine at the age of eight under the tutelage of Master Liu, one of the physicians to Chiang Kai-shek, the former Chinese leader who was ousted by the Communists and forced to flee to Taiwan’