AS I sat next to Rylan Clark-Neal on a plane to Majorca he turned and admitted: “I have never done anything like this before, babes, and I wasn’t sure what to expect.”

Well, neither had I. 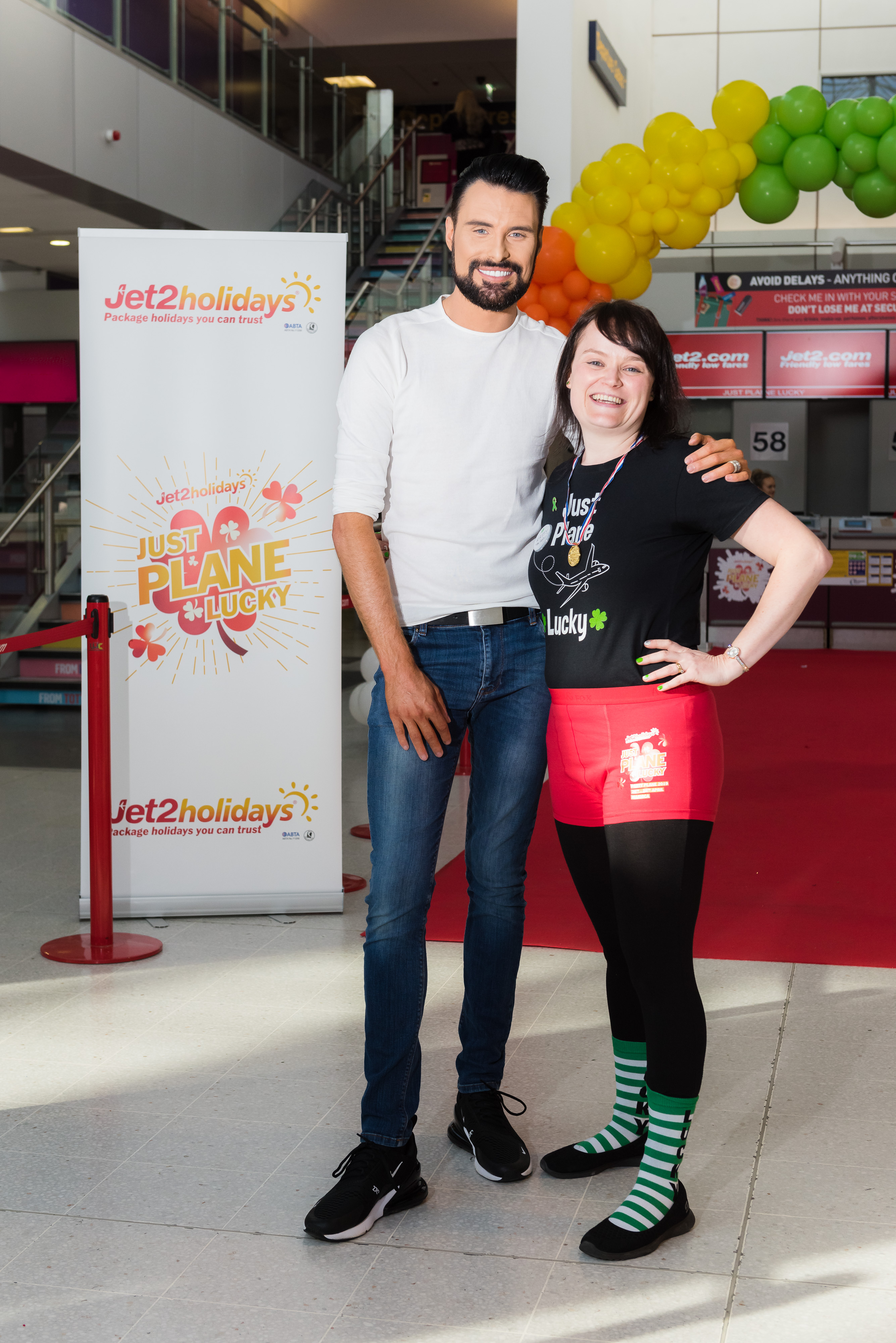 We had joined a “Party Plane” to the Spanish island with Kirsty Connor who had won a trip to go to Magaluf with 99 of her friends.

And This Morning presenter Rylan, 30, was our host.

Kirsty, 36, from Giffnock, near Glasgow, was chosen from thousands of entries to win a Jet2holidays competition to celebrate the arrival of the 100th aircraft into its fleet.

When she saw the competition the client administrator turned to her online community called Lucky Learners, whose members bond over their love of entering competitions. 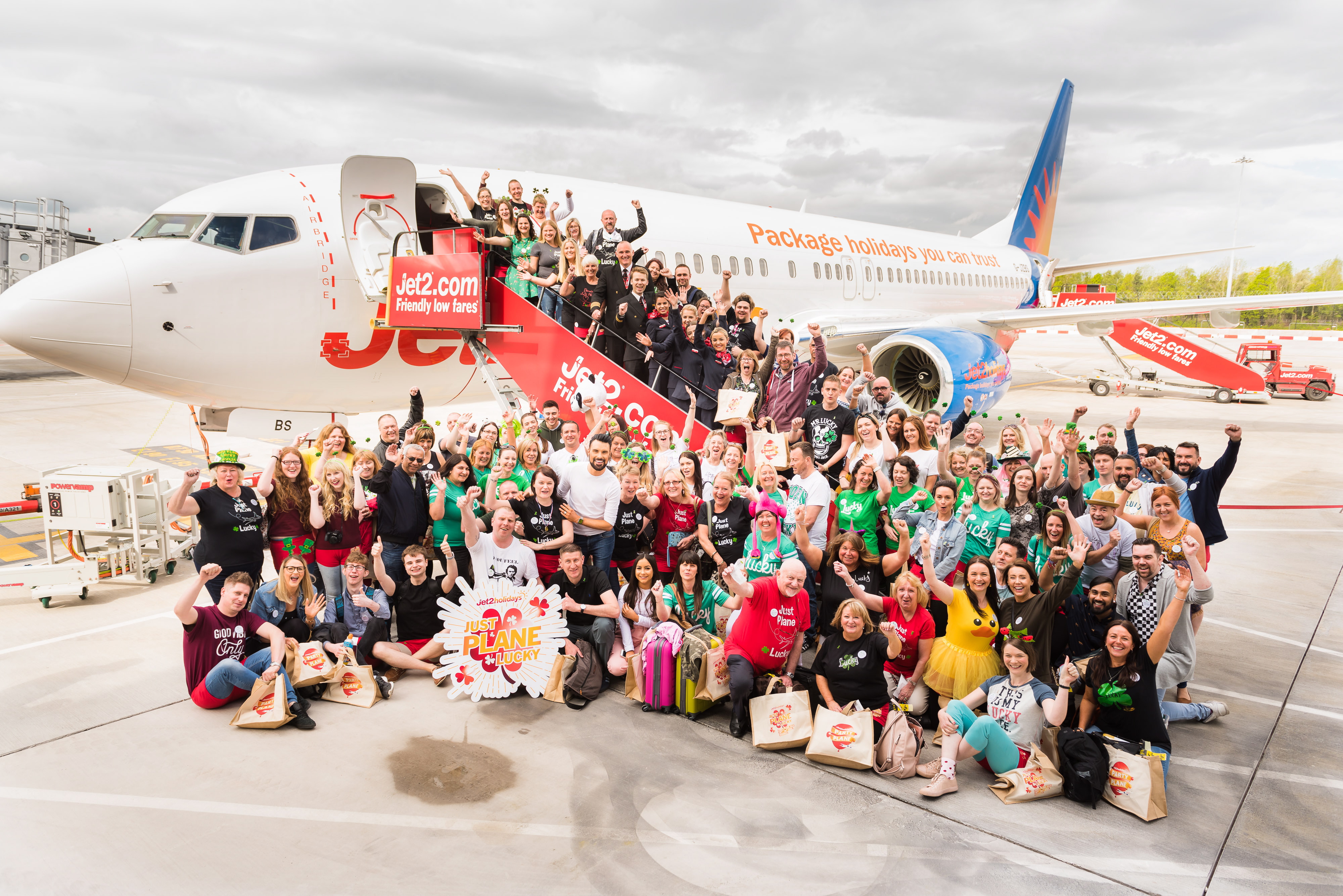 They had to create an idea for a party and came up with a “Just Plane Lucky” theme, which saw them don tight white knickers emblazoned with the slogan, and dress up as black cats and clothes covered with Irish shamrocks. They won after the public voted it their favourite entry.

Kirsty said: “When I saw the competition advertised I thought I HAVE to enter that. But then I started thinking, I don’t actually have 99 friends and family to invite.

"That’s how I got the idea of getting the group on board. I honestly never expected to win.”

Kirsty joined the Facebook group, shortly after giving birth to her son Leon, four, while on maternity leave. But she’d never met them — until she got to the airport. 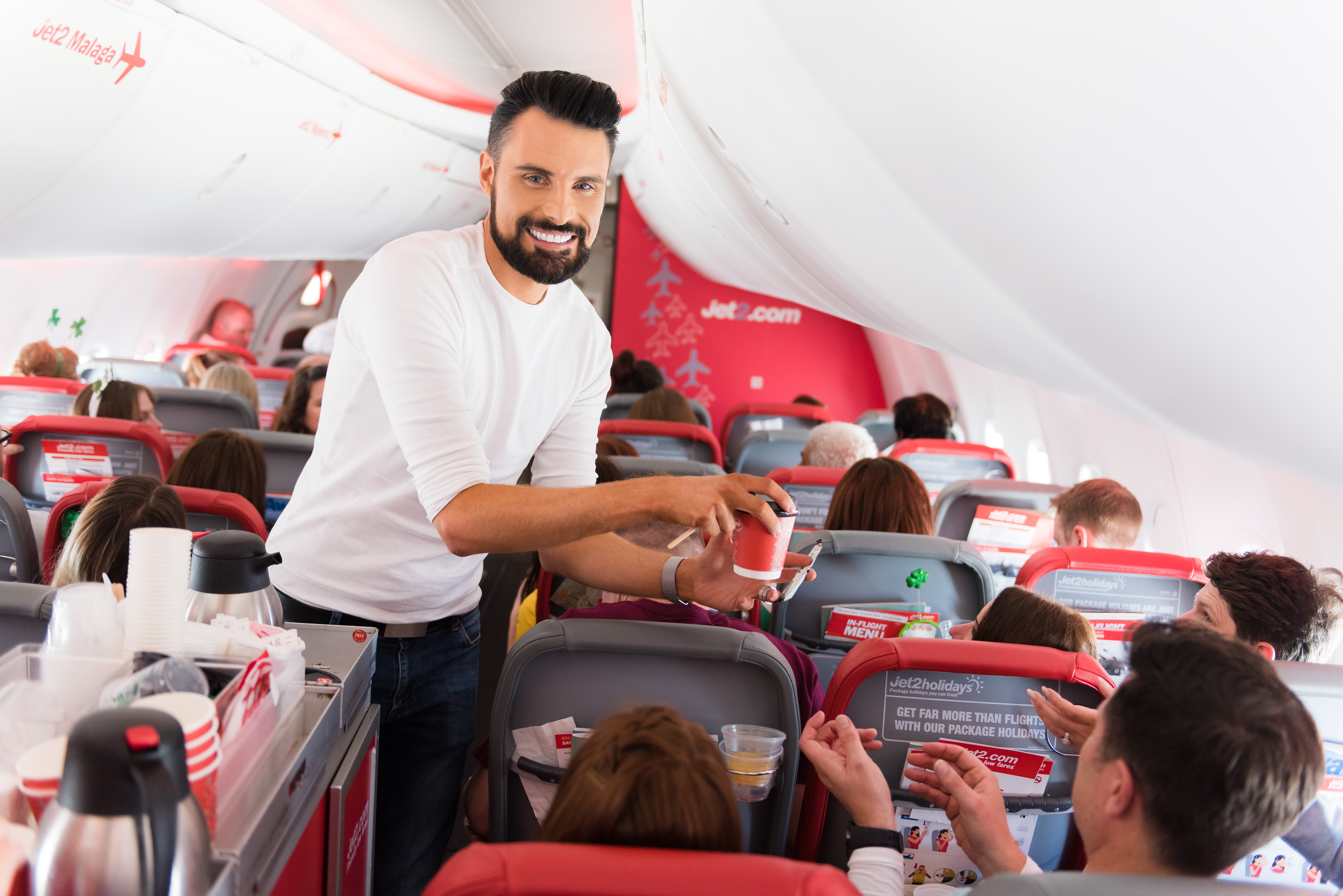 Kirsty explained: “We’ve formed incredible bonds with each other. Many of us have been speaking online for years, but never actually met up before. To have the opportunity to come together is amazing!”

And they made the most of the trip in party town Magaluf. They were surprised with a set played by Rudimental and Rylan took to the dance floor shrieking: “This is more fun than my 30th birthday was!”

The laughing, dancing and drinking went on into the early hours and entertainment included a quiz hosted by Rylan.

Kirsty told me: “Being here as a winner is mind blowing and Rylan is the icing on the cake. He is the most genuine, lovely person you could hope to meet.” 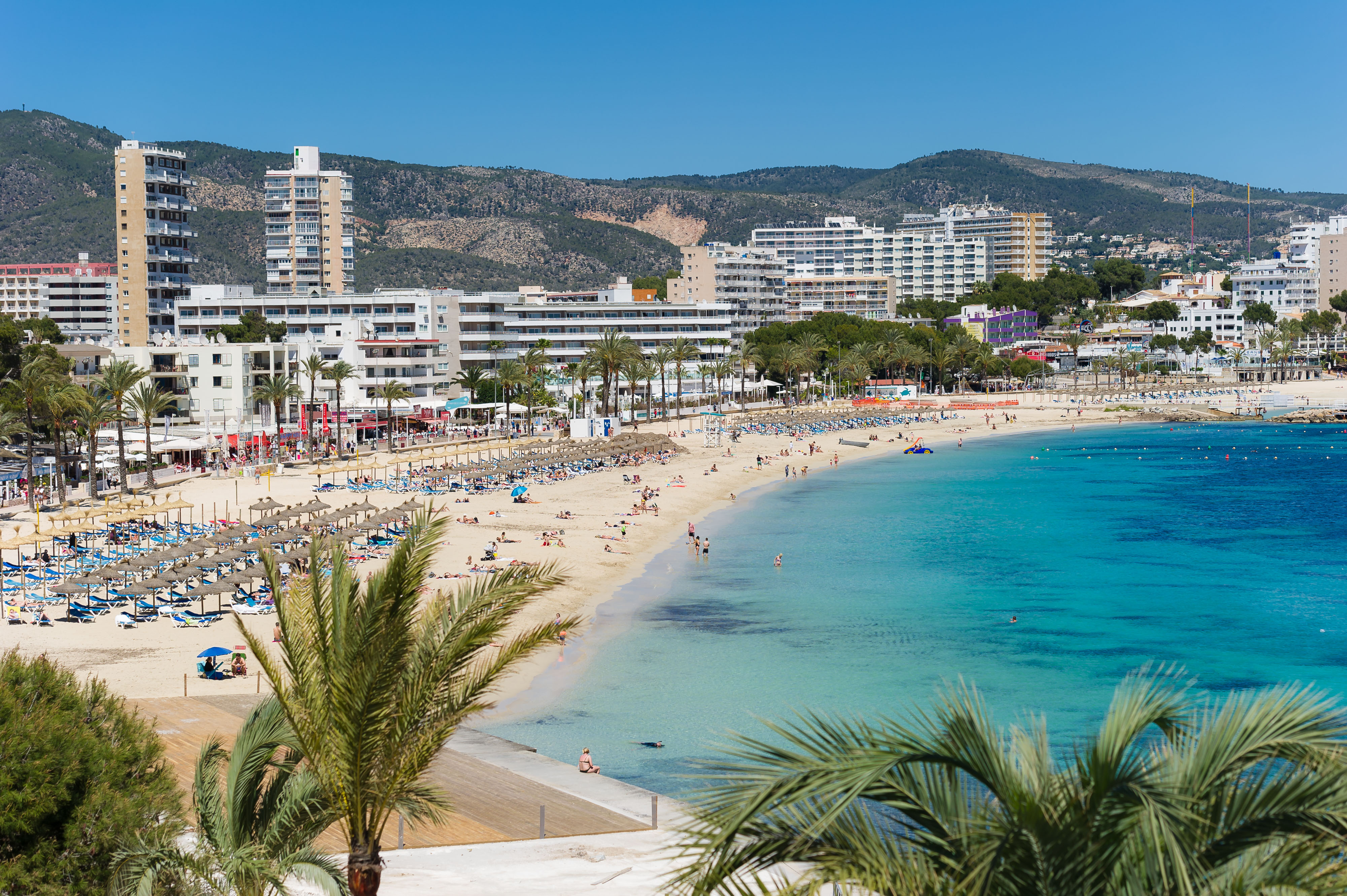 We were lucky enough to be staying in the Melia Calvia Beach Hotel with stunning seaviews.

The next morning on the hotel’s terrace, Rylan and I had a chat over breakfast.

"He said: “When Jet2holidays approached me about the competition I knew it was so extraordinary I had to say yes.

"But it hasn’t been like work at all. I’ve loved every moment. I actually feel like I have won the prize.” 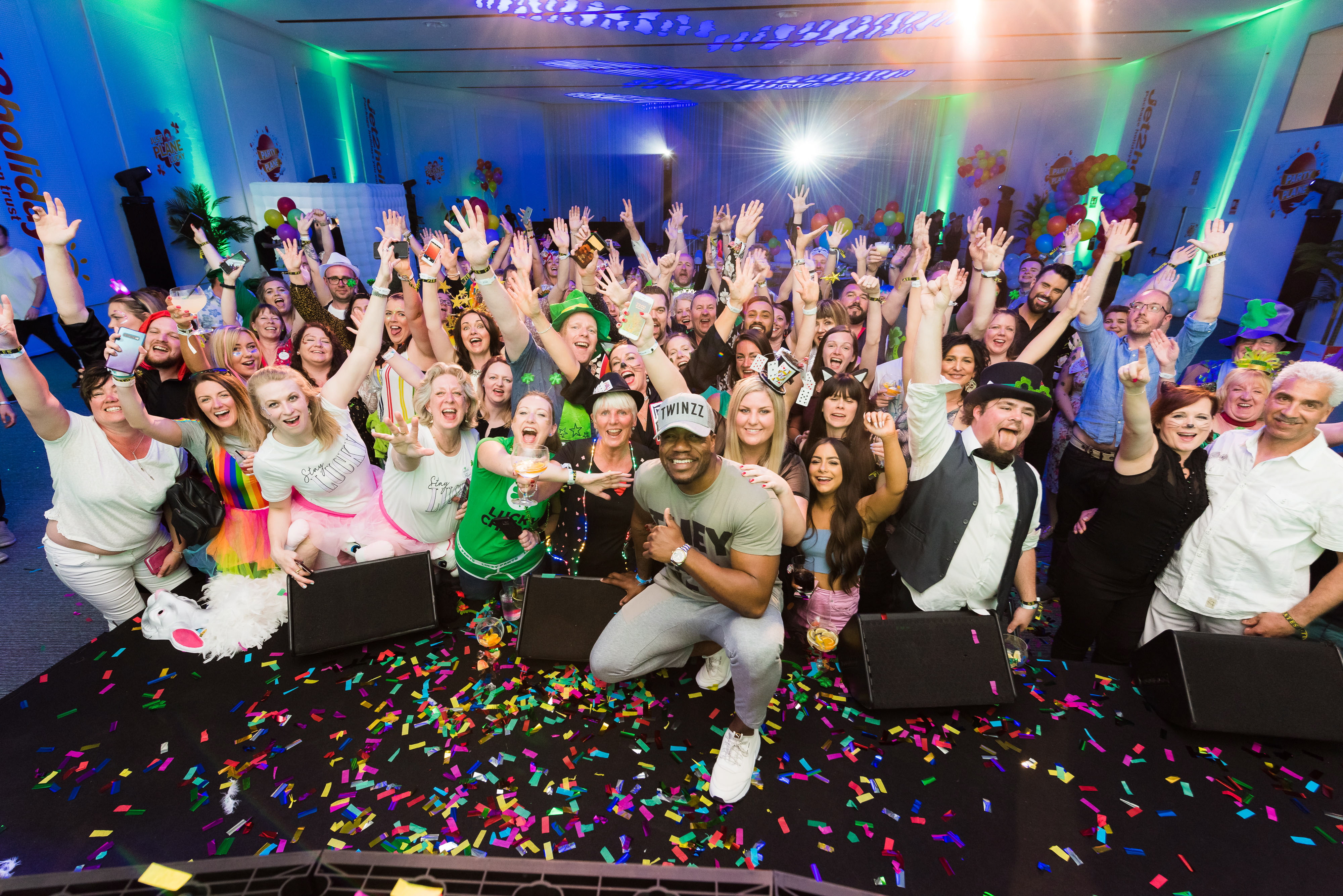 Kirsty’s group, which includes her husband John, 36, are raising money for the Mental Health Foundation to say thank you for winning the prize.

And as the plane descended towards Manchester Airport our host Rylan says an emotional farewell over the aircraft’s tannoy system before declaring: “I am going to have to rush off and have a cigarette now — before I punch someone in the face!”

There is raucous laughter and applause as the winners step off the plane — warmed as much by Rylan’s company, I suspect, as they were by the Spanish sun.

GETTING/STAYING THERE: Jet2holidays offer seven nights’ B&B at the 4H Melia Calvia Beach from £699pp including flights from Manchester on June 6.

Price based on two adults and two children sharing, including 22kg baggage allowance and return transfers.