AIRPORTS are being forced to drastically change their health and security procedures due to coronavirus – the biggest "since 9/11" according to one expert.

Cameras which detect mask-wearers as well as locating areas which are not social distancing are likely to be the norm in the future. 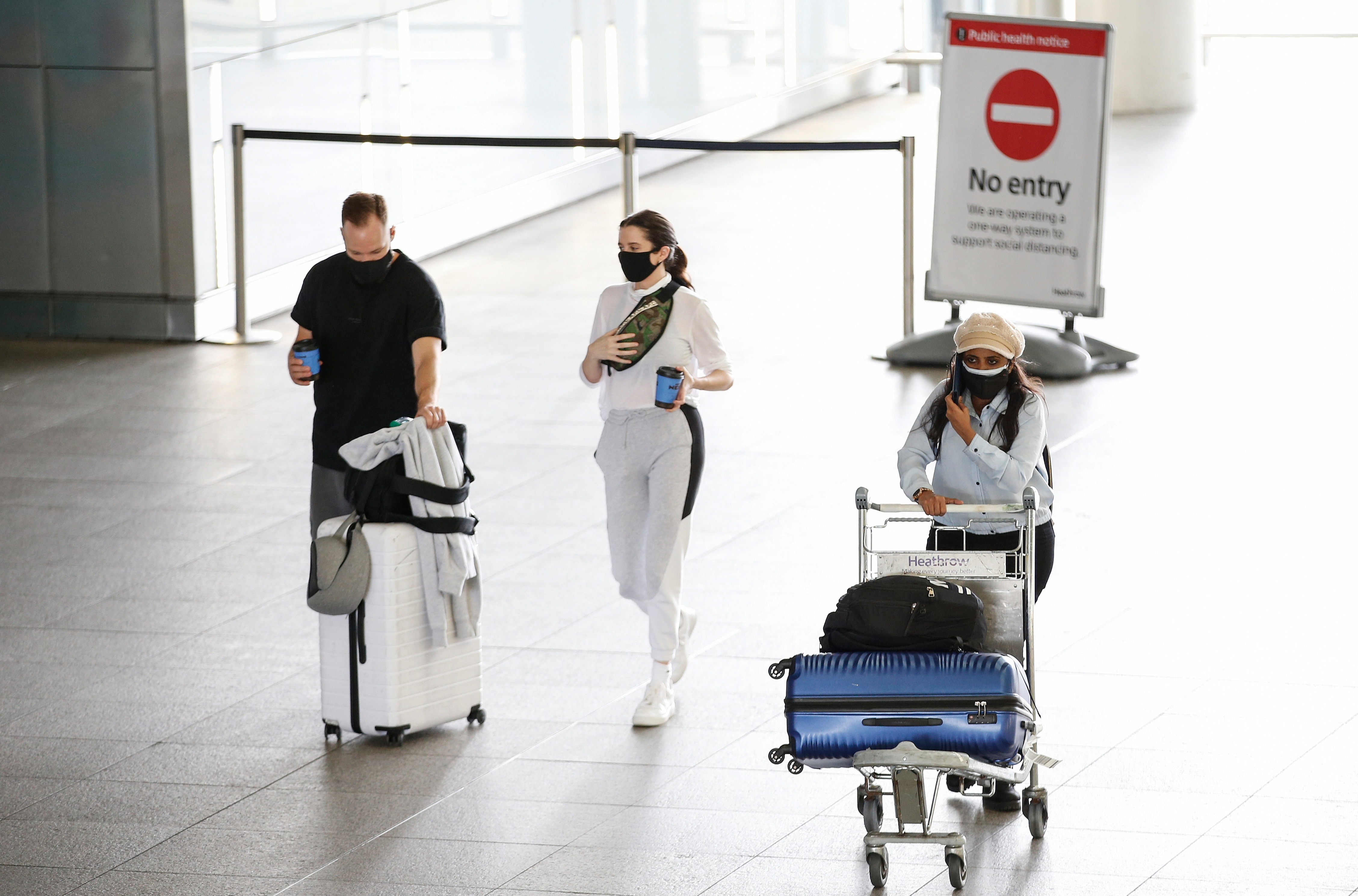 One huge change is making travelling through the airport touch-free – something which many are doing already, such as Beijing Airport.

Mr Collela explained: "Passengers only need to enroll once during check-in, then experience a seamless journey through the airport enabled by facial recognition."

It removes many of the high-touch areas such as baggage drop, as well as going through security and border control, all of which require touching suitcases, passports and other documents between airport staff and travellers.

New technology is also using software which can not only spot someone not wearing a face mask correctly, but also detect areas where there is a high volume of people, so they can get redirected to quieter areas to allow social distancing.

He also warned against the travel industry just shutting down again, something it did earlier this year and is close to doing again as more countries are added to the UK's quarantine list. 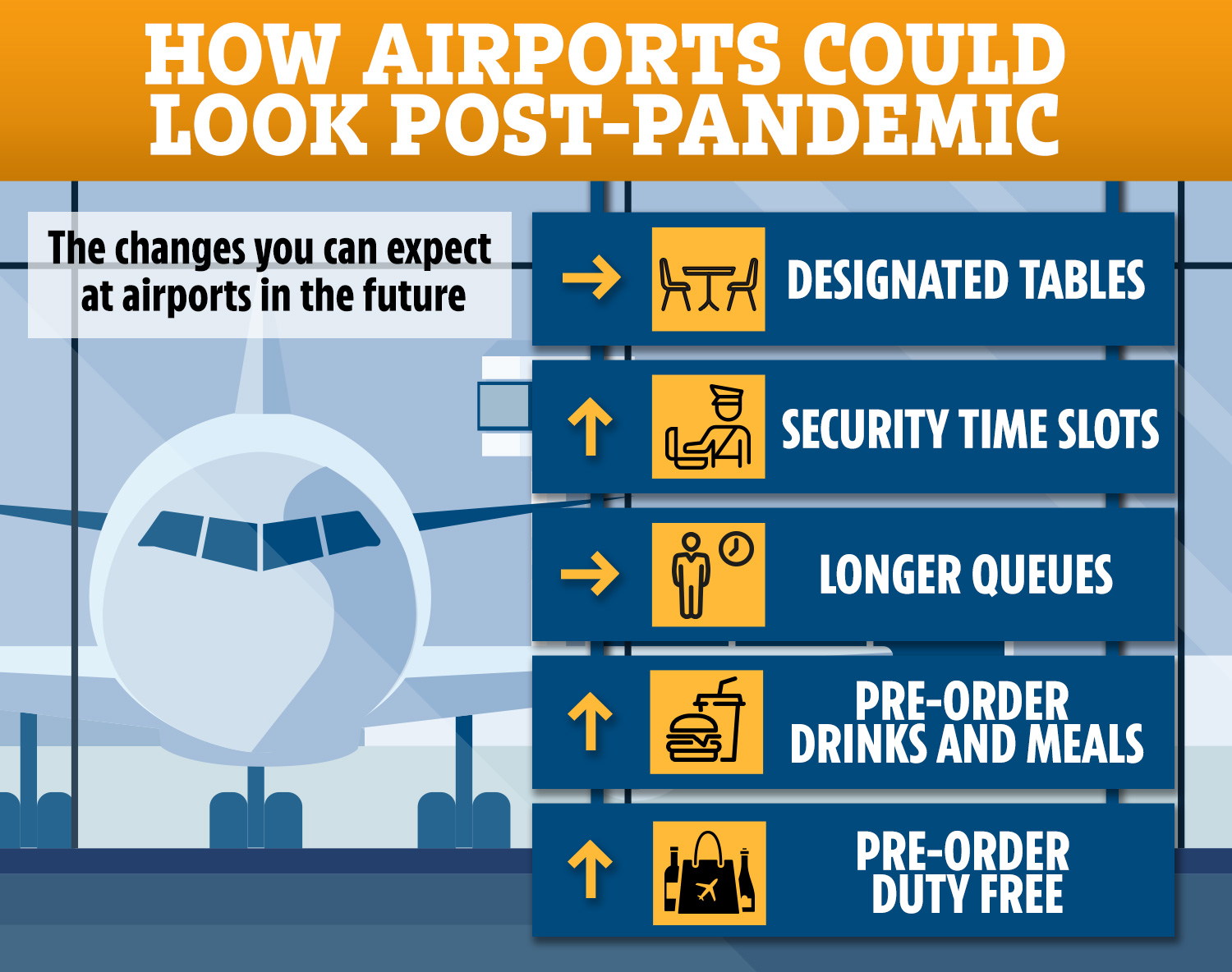 The lockdowns and border closures have also resulted in billions of pounds of losses amongst airlines, airports and tour operators.

He explained that the industry "cannot afford" to shut down again and should instead look at how to reopen safely – and only way to achieve that is "through digitalisation".

Principal of Urban Strategies & Design at architecture firm Gensler, Ian Mulcahey, previously spoke to Sun Online Travel about how airports will be differrent as well.

Digitising the food and drink experience is likely – drinking at the bar with all of your mates may be a thing of the past, with only pre-ordered meals and drinks as well as tables.

He explained: "Operators will always be happy in volumes of numbers spending time shopping and eating while waiting for flights."

"However, everyone will want to reduce queueing, so if you can get gradual flows of people and people to pre-order before even getting there, you can minimise congestion." 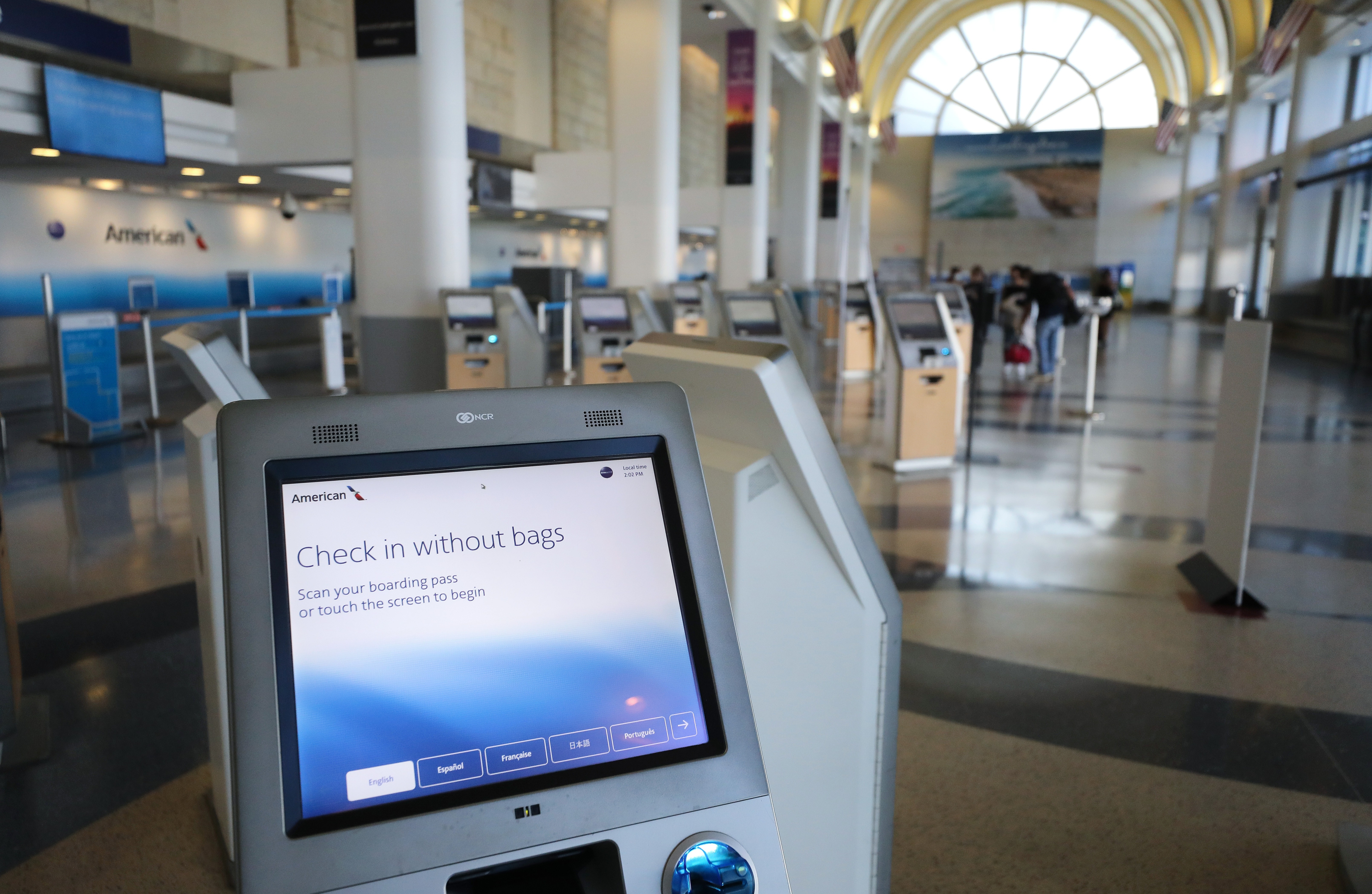 "Food is more complicated – but again, you may have to pre-book tables at food outlets and pre-book meals at outlets, trying to take the pressure off."

He also echoed Mr Collella's methods of using new systems to change the entire way we check in and board flights.

Ian explained: "Airlines are going to have to adapt their systems – rather than saying everyone has to check in during certain times, people may be given check in slots.

"If you do have to drop luggage, why not stagger peoples arrival points at the airport rather than peak all-arrive-at-once times?

The government could allow Covid tests to be up and running at Heathrow Airport by next month.

According to the airport’s chief executive John Holland-Kaye, the Prime Minister is hoping for testing trials on passengers to start by mid-October.

The airport boss is hoping that the tests, which cost £150 for each passenger, will allow a huge increase in the number of travellers able to fly on holiday next summer.