In some instances, cleaners use the same towel to wipe the toilet seat.

The Shangri-La Hotel in Fuzhou said the actions in the video violate its hygiene standards, while the Park Hyatt in Beijing called it an isolated occurrence.

The Waldorf Astoria in Shanghai and the Sheraton in Guiyang city also apologised and said they were reviewing their procedures. 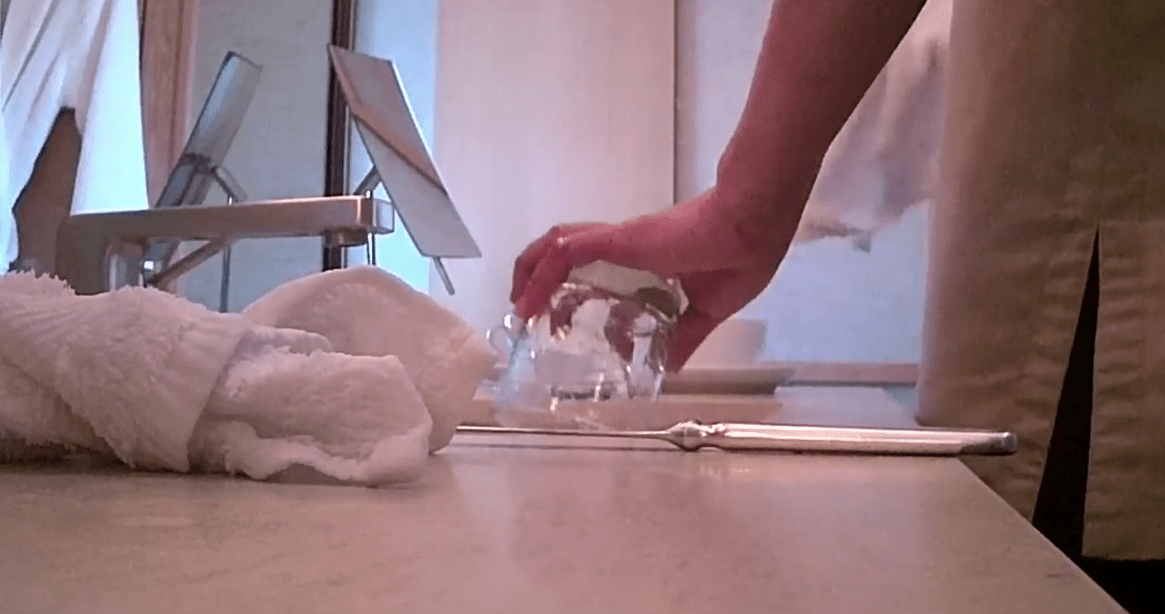 It was picked up by Chinese media and had been shared 78,000 times by Thursday afternoon.

Hilton and Marriott group properties were among the 14 luxury hotels included in the video.

It also said it had asked the Beijing health commission to conduct sanitary inspections of four of the hotels named in the video.

Earlier this year, a video also emerged of cleaners in two luxury hotels in China using a toilet brush to clean parts of a guest's bathroom – including drinking cups and tea mugs.

The disgusting clips show workers at the five-star resorts using the toilet brush to clean cups, mugs and the bath tub before it is also used to scrub the loo.

Sun Online also revealed the most germ-ridden objects in a hotel room, and how to protect yourself.