SNAKING up and over the lush hillsides in a taxi clinging to the cliff edges, it was hard to believe we were still in Europe.

The volcanic outcrops, dense jungle and wild vegetation of Madeira seemed otherwordly, but then again this autonomous region of Portugal is closer to the African coast than the European mainland. One of the best ways to explore is by walking the “levadas”, centuries-old man-made channels, originally designed to carry water from the wet north to the drier south.

There are around 3,000km of these miniature canals on the island and we walked the Levada do Rei trail — otherwise known as PR18, as each route has its own code.

It winds through a laurel forest and, after the thick mist lifts, it offers spectacular views over the valley of São Jorge.

We spotted mimosa flowers, whose seeds are used in Chanel’s No5 perfume, and at one stage even scampered through a waterfall.

The terrain was easy but our guide wasn’t exaggerating when she said: “Madeira often has four seasons in one day” so waterproofs were essential for the inevitable downpours . . . or waterfalls.

After three hours of hiking we headed to Quinta do Furao (quintadofurao.com), a hotel and restaurant perched on top of a cliff with spectacular views over the Atlantic.

The sun came out, the Madeira wine was flowing and we tucked into fish and chips, but not as we knew it. 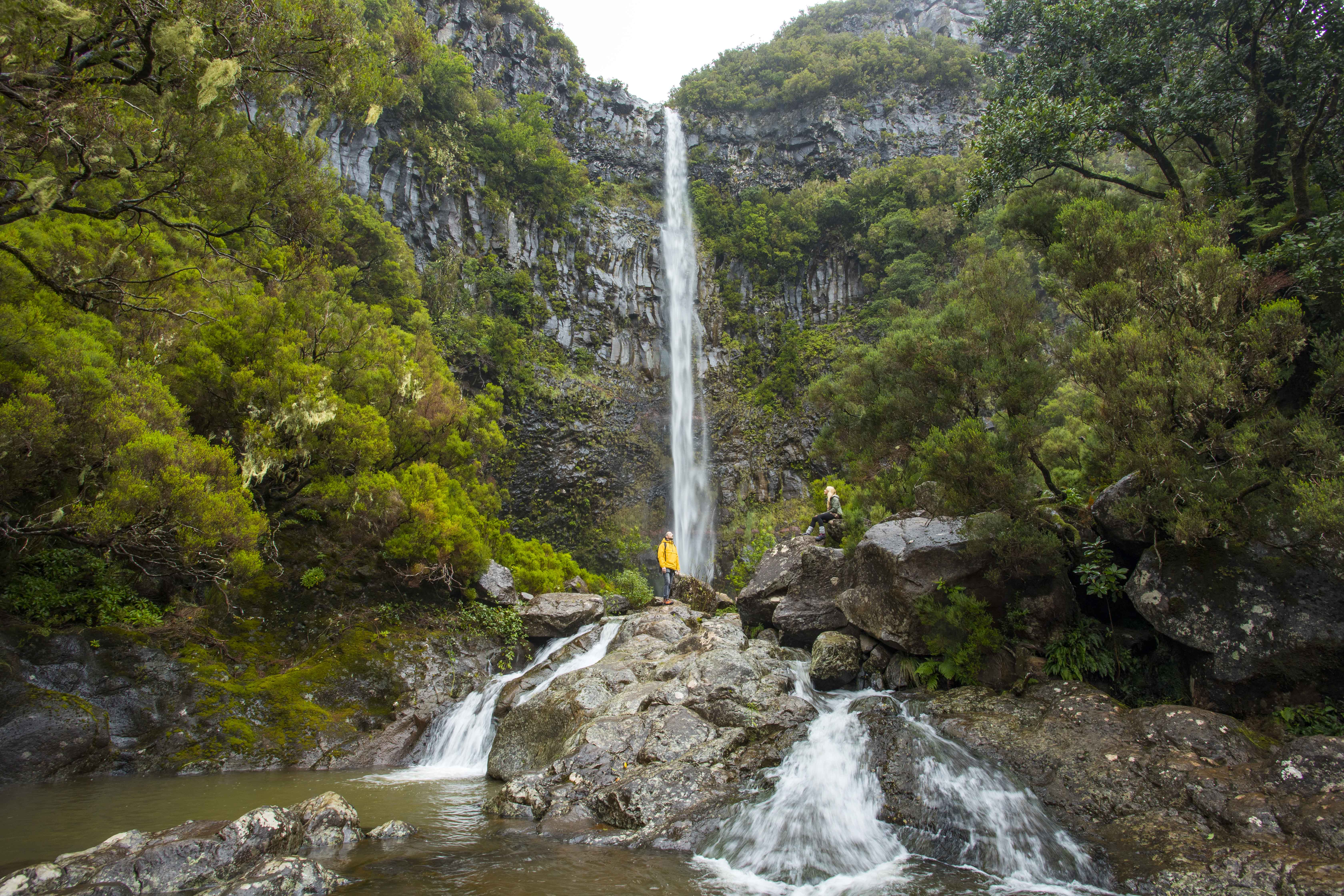 The black scabbardfish — or espada — is an eel-like predator that lives deep in the ocean but is far less terrifying once battered and served up with banana as a local delicacy.

It was such a glorious spot I could have stayed there for a week but with plenty more of the island still to see, we headed to Machico on the east coast, for whale and dolphin watching . . . or so we hoped.

Pilot and sperm whales can be seen swimming almost year-round, but after a few hours bouncing around on a rubber boat, all we saw was a tuna fish.

Our marine biologist guide from ­Scorpio Madeira tours said this was very unlucky, as with 20 species of whales and dolphins visiting the waters each year (most commonly between April and October) sightings are almost guaranteed.

We spent another night at the Pestana Quinta do Arco hotel, home to the largest rose garden in Portugal with more than 1,700 types of the flower, before the cockerels woke us before daybreak. 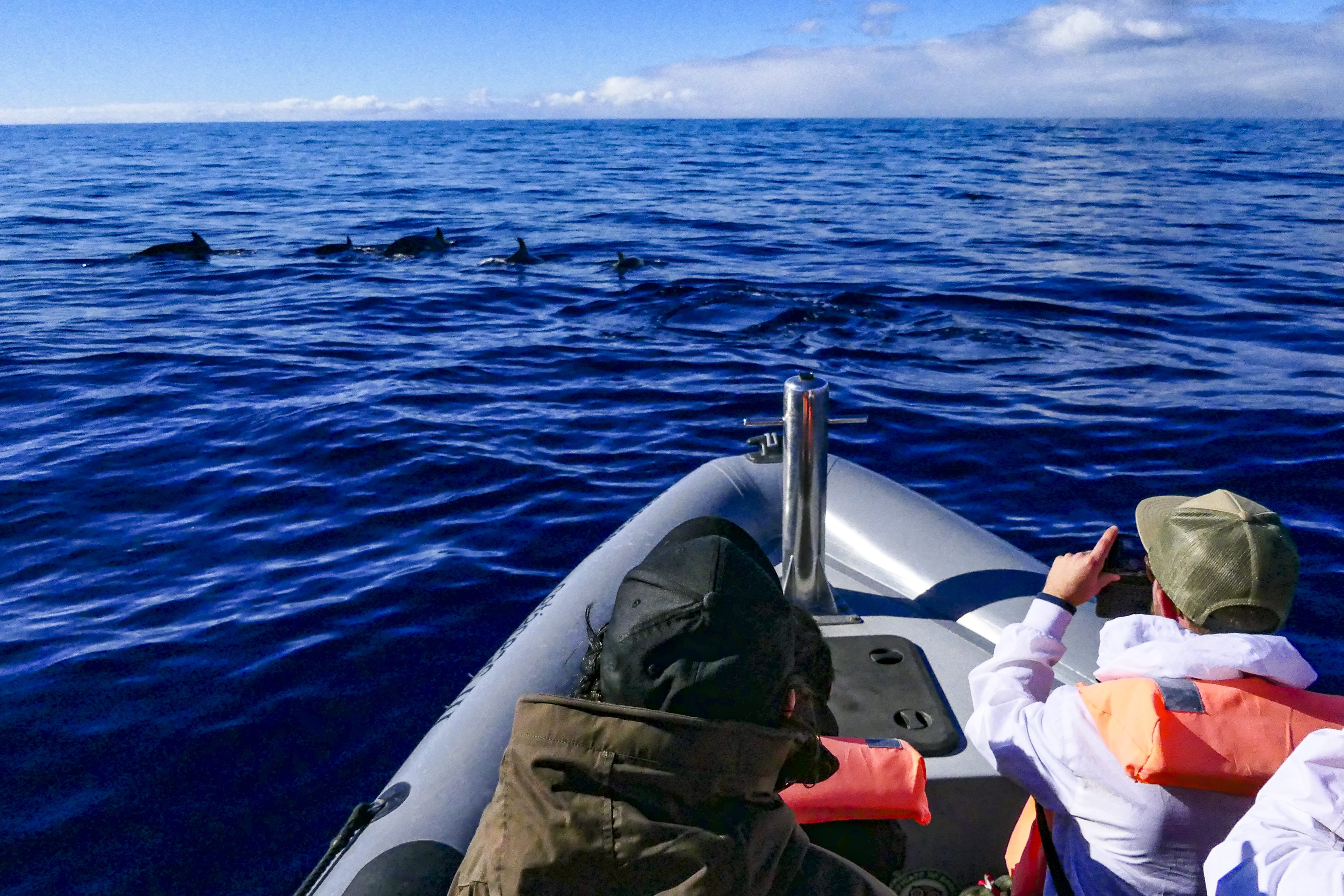 It was serene walking through the hotel grounds in darkness; the only sounds to be heard were birds chirping and water cascading down the hillside.

A jeep picked us up and took us to a beach in Porto Moniz at the northwest tip of the island.

As is often the case with sunrise tours, lots of cloud meant no awesome moment where the sky was lit up by a vibrant ball of fire, but rather our surroundings slowly grew lighter.

Yet sitting on the pebbled beach with the waves sloshing in and out, looking out at the impressive rock formations, was a soothing start to the day.

The next leg was less relaxing as the jeep went full throttle, bumping us up and down dirt tracks.

The views from the mountain peaks were remarkable as we often found ourselves above the clouds. 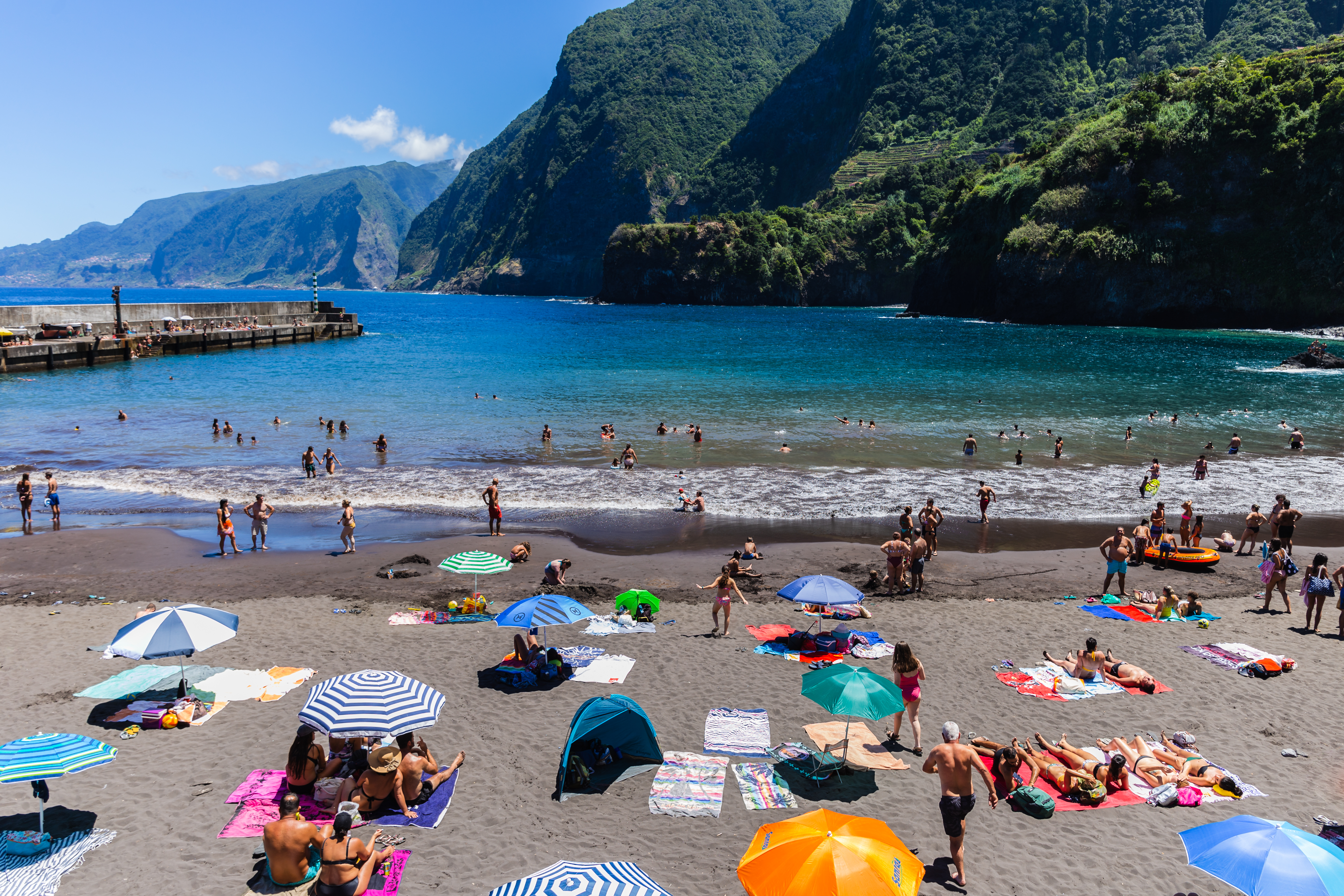 Lunch was at Hotel Ponta do Sol (pontadosol.com) — another clifftop spot, with yet more delicious seafood — on the sunnier, south of the island.

Our last night was spent at Quinta das Vinhas, a fabulous hotel on a vineyard.

The main house dates back to the 17th century, while, more recently 15 cottages and two swimming pools have been added.

We spent the afternoon sampling the vineyard’s own blend of fortified wine, plus poncha — a traditional tipple made of distilled alcohol from sugar cane, honey and lemon. 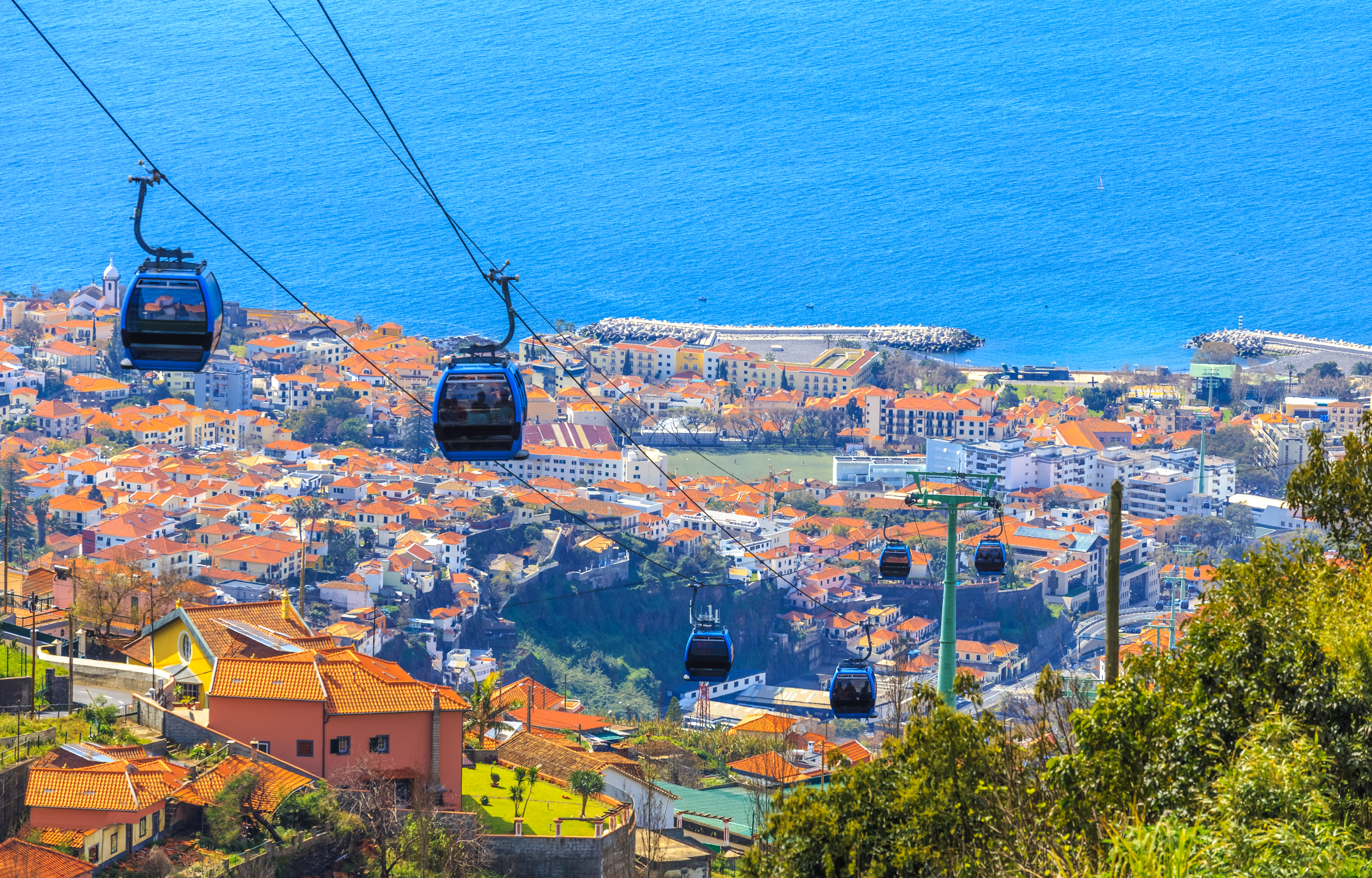 Looking out over rows of grapevines rolling down to the Atlantic, it wasn’t hard to see the appeal of this subtropical island. And we hadn’t even had time to visit the capital, Funchal, which, at this time of year, is famous for its Christmas market.

Madeira’s mild and moderate climate — between 25C in the summer and 17C in the winter — plus the fact it’s on the UK’s air corridor, makes the island an ideal short getaway destination year round.

That evening’s sunset was far more impressive than the sunrise — or perhaps that was just the poncha talking. 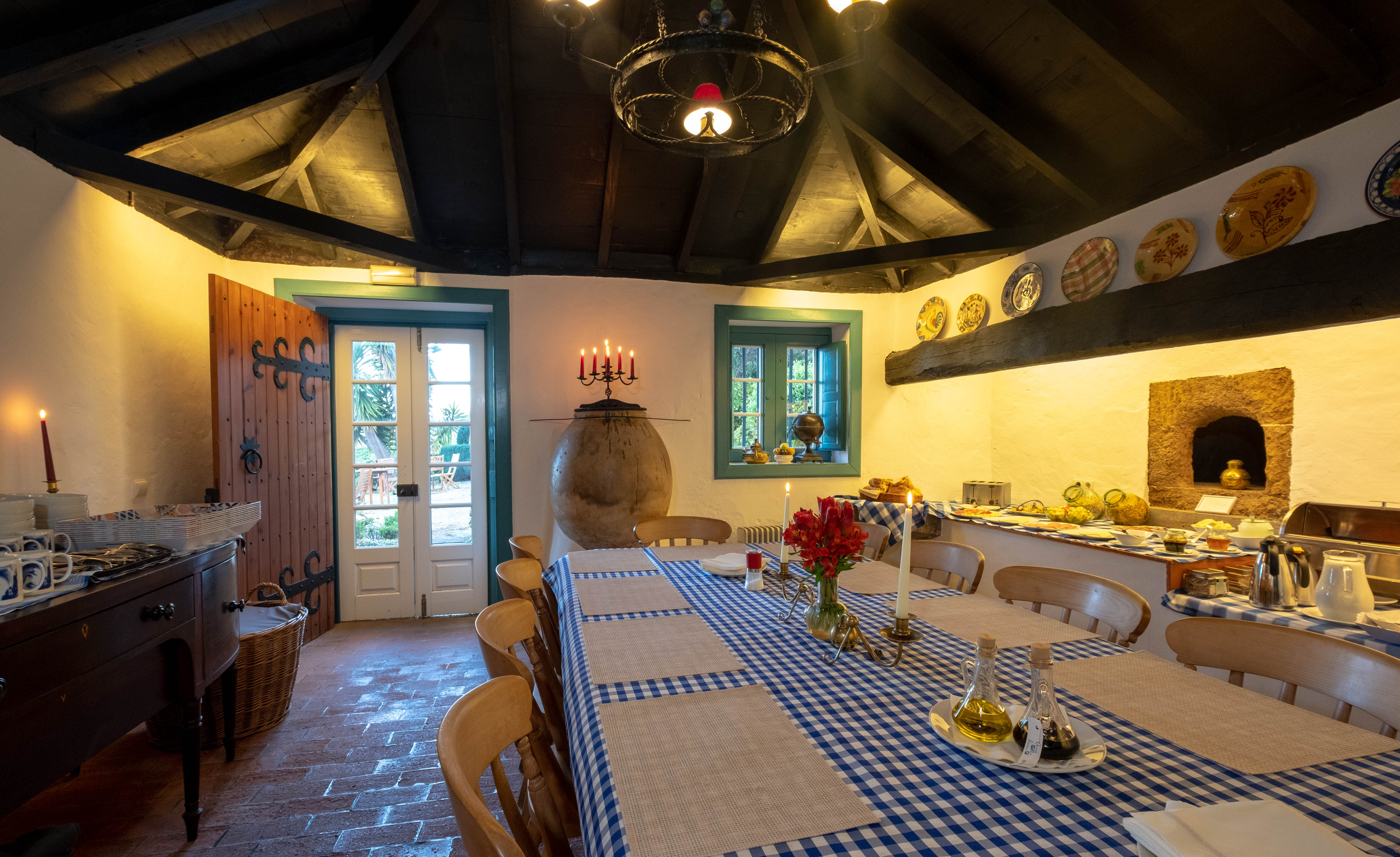