HARD Rock's guitar-shaped hotel in Florida is to open to the public this week.
The £1.2 billion hotel will be opened with a live performance by Maroon 5. 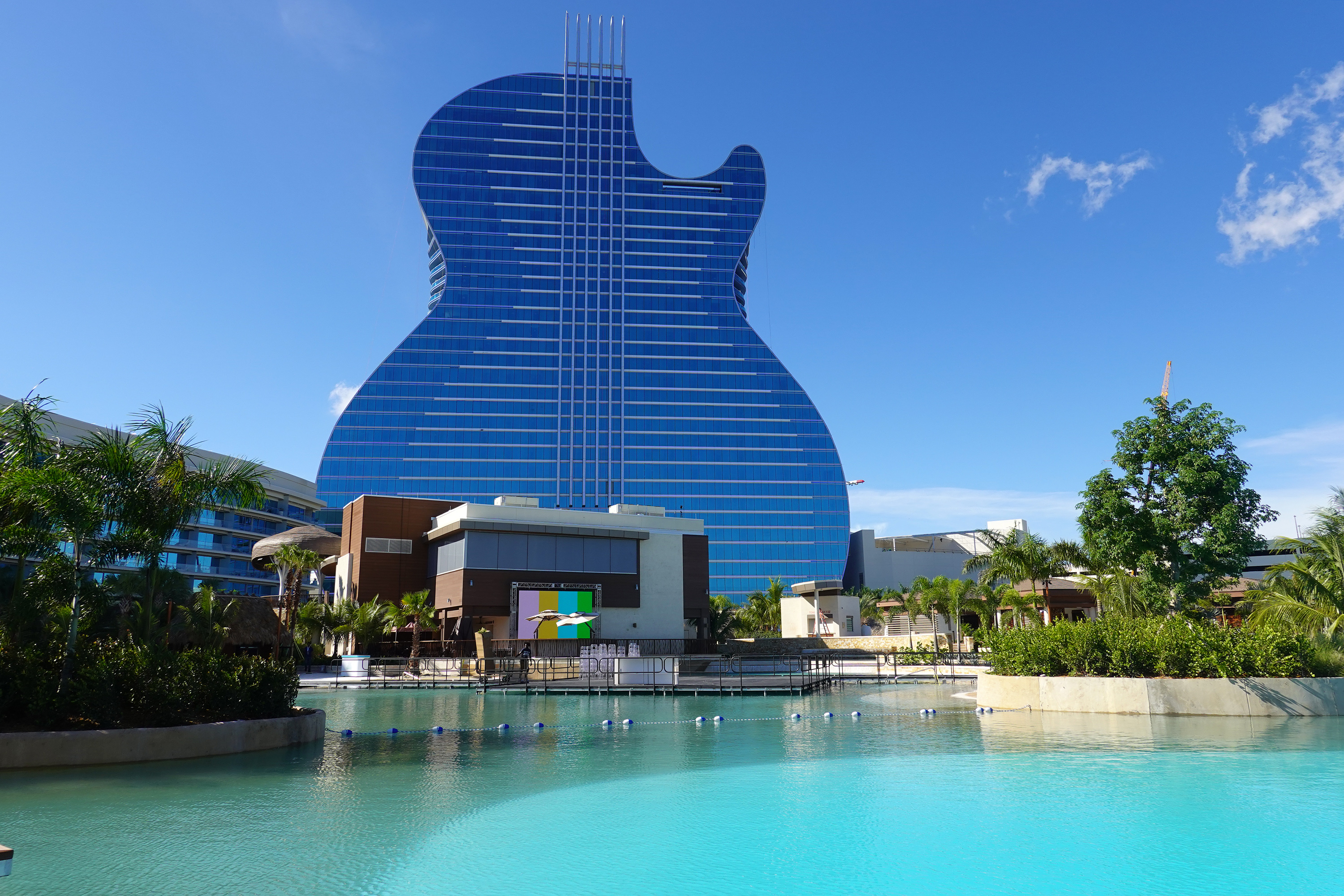 The grand opening will take place at Hard Rock Live – an on-site concert venue which will see around 100 live music shows every year, holding up to 7,000 people.

The 450ft hotel, which has LED 'guitar string' lights on the exterior stands out from the flat landscape,

Despite there being 638 rooms at the hotel, the first two weeks have already sold out.

The startling one-off hotel in the city of Hollywood will also have its own man-made lake featuring luxury paddle boats and a lazy river.

The Seminole Hard Rock & Casino hotel will even have underwater VIP villas – which come with their own butlers. 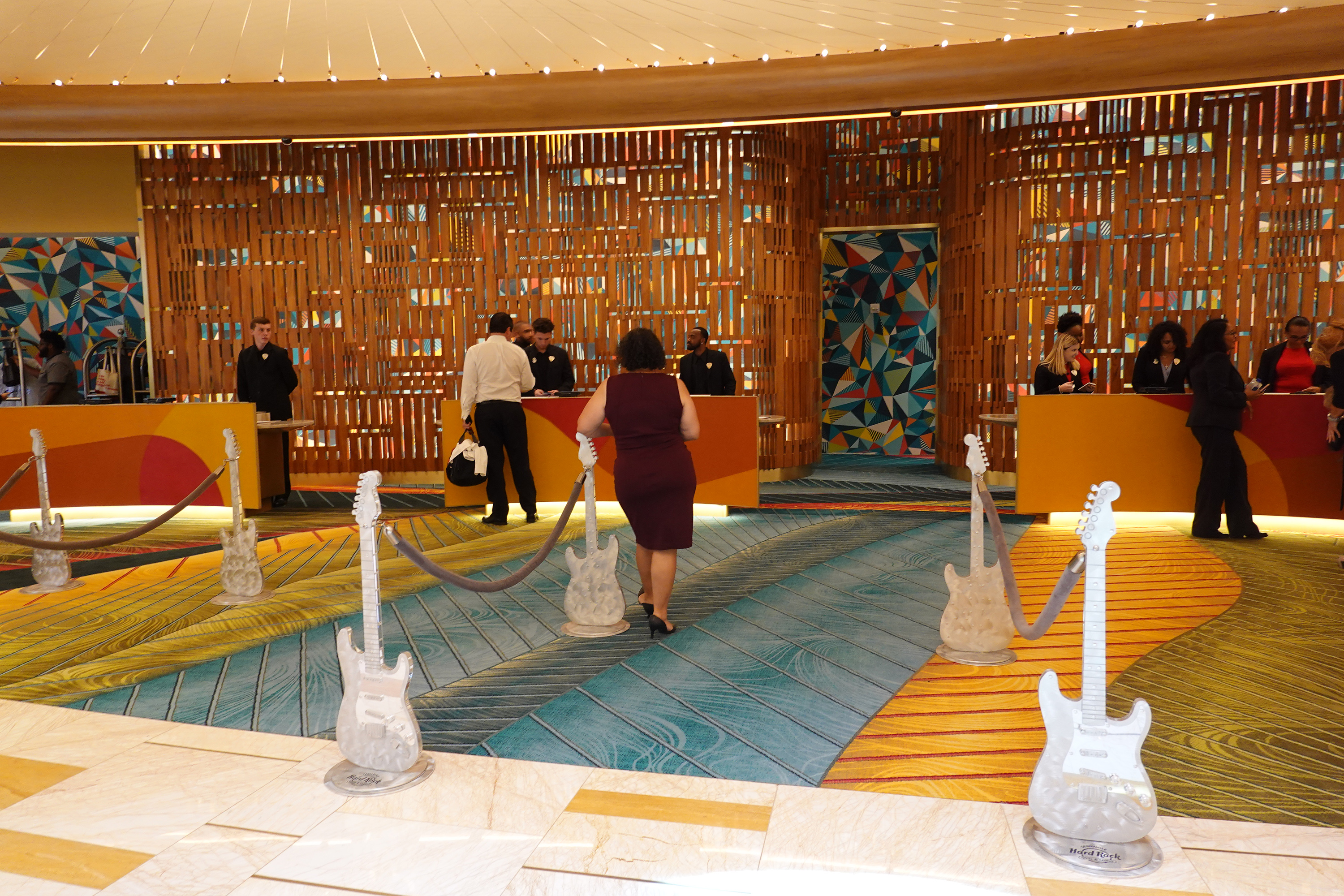 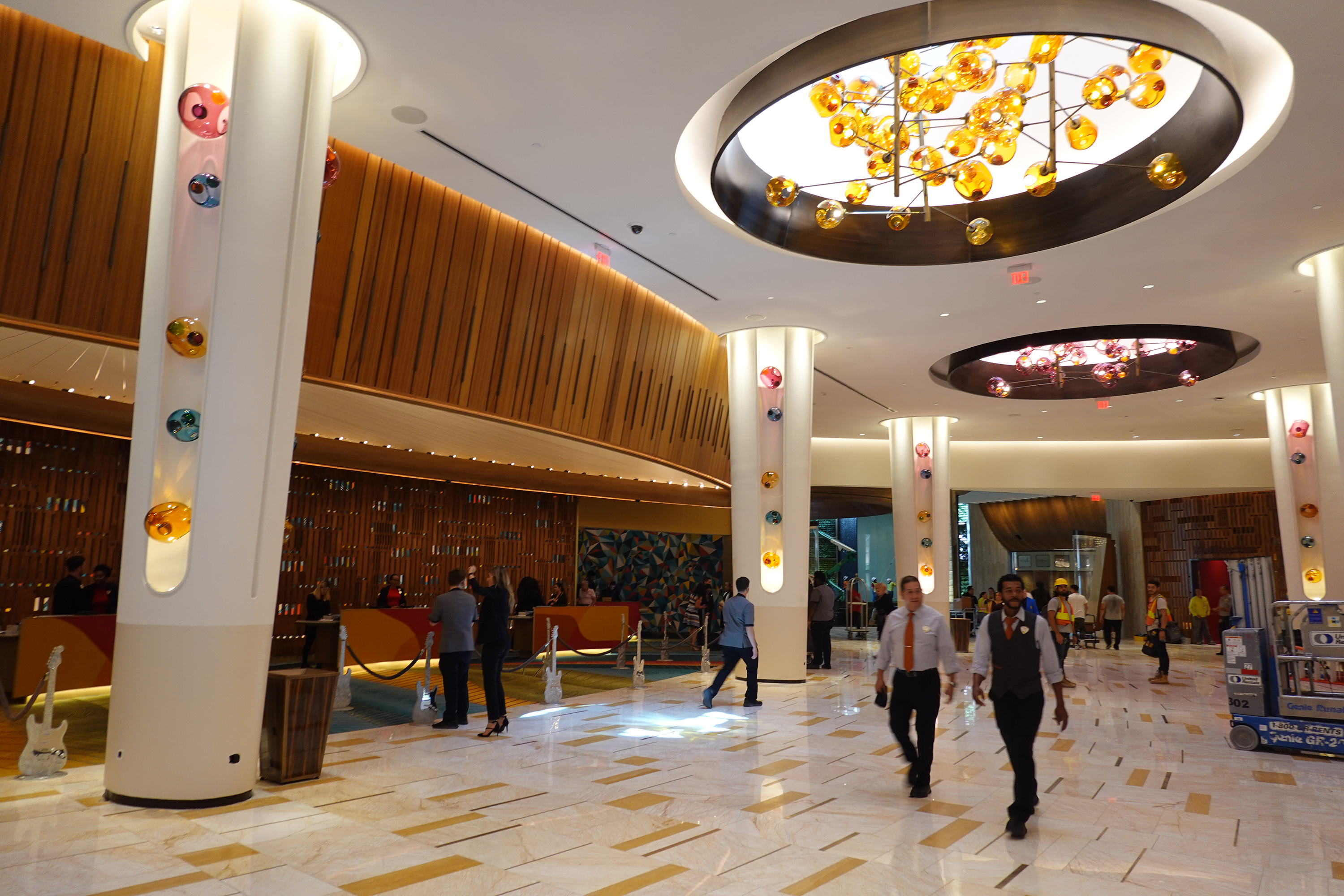 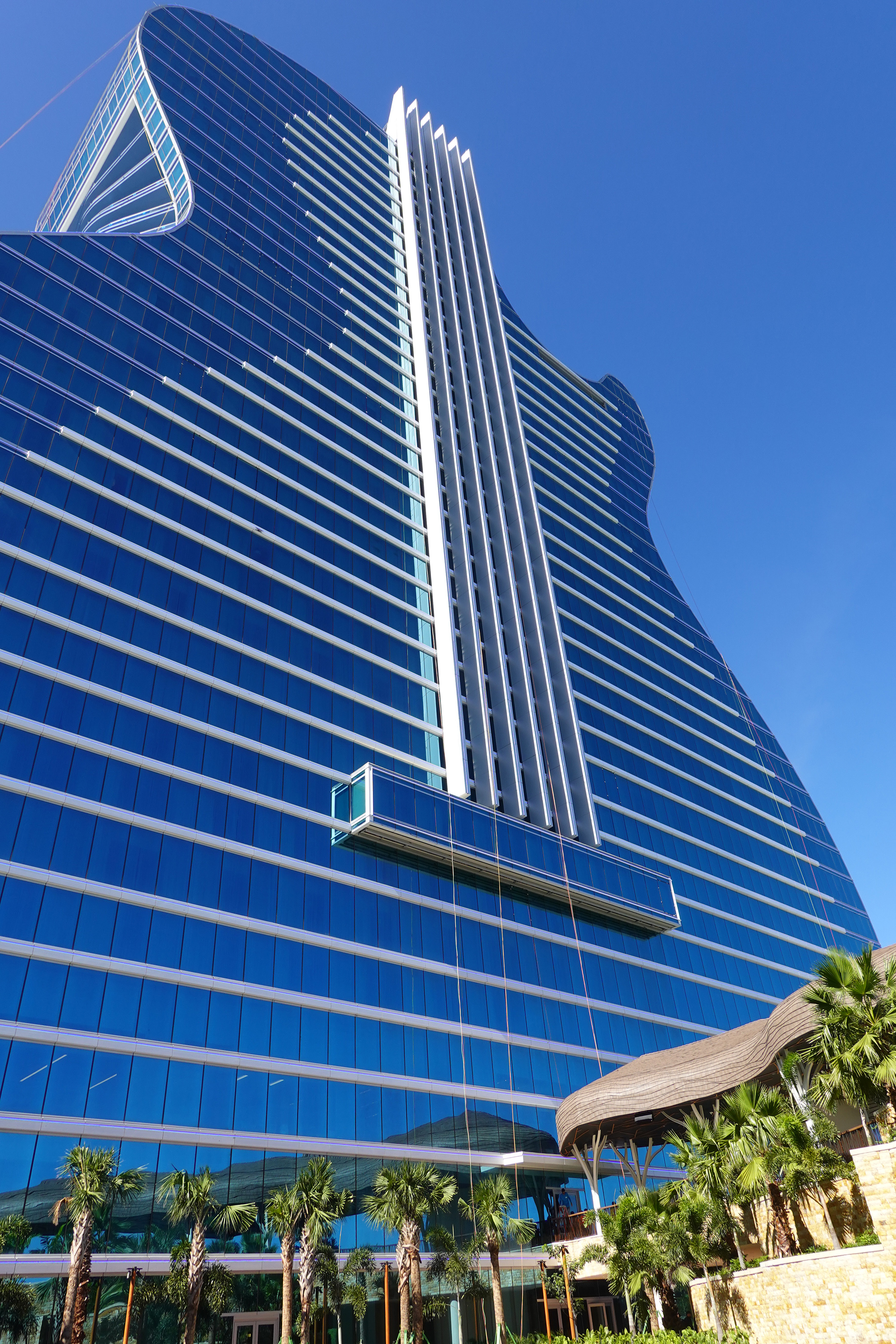 These are intended to offer wealthy guests a private and exclusive pool experience, reports CNN.

The website states: "Boasting the sun-filled and sunset-laden South Florida skies, the Guitar Hotel is truly an architectural marvel that redefines the South Florida skyline.

"The venue will be a stand-out option for entertainers and tours across the country as well as drawing internationally acclaimed acts." 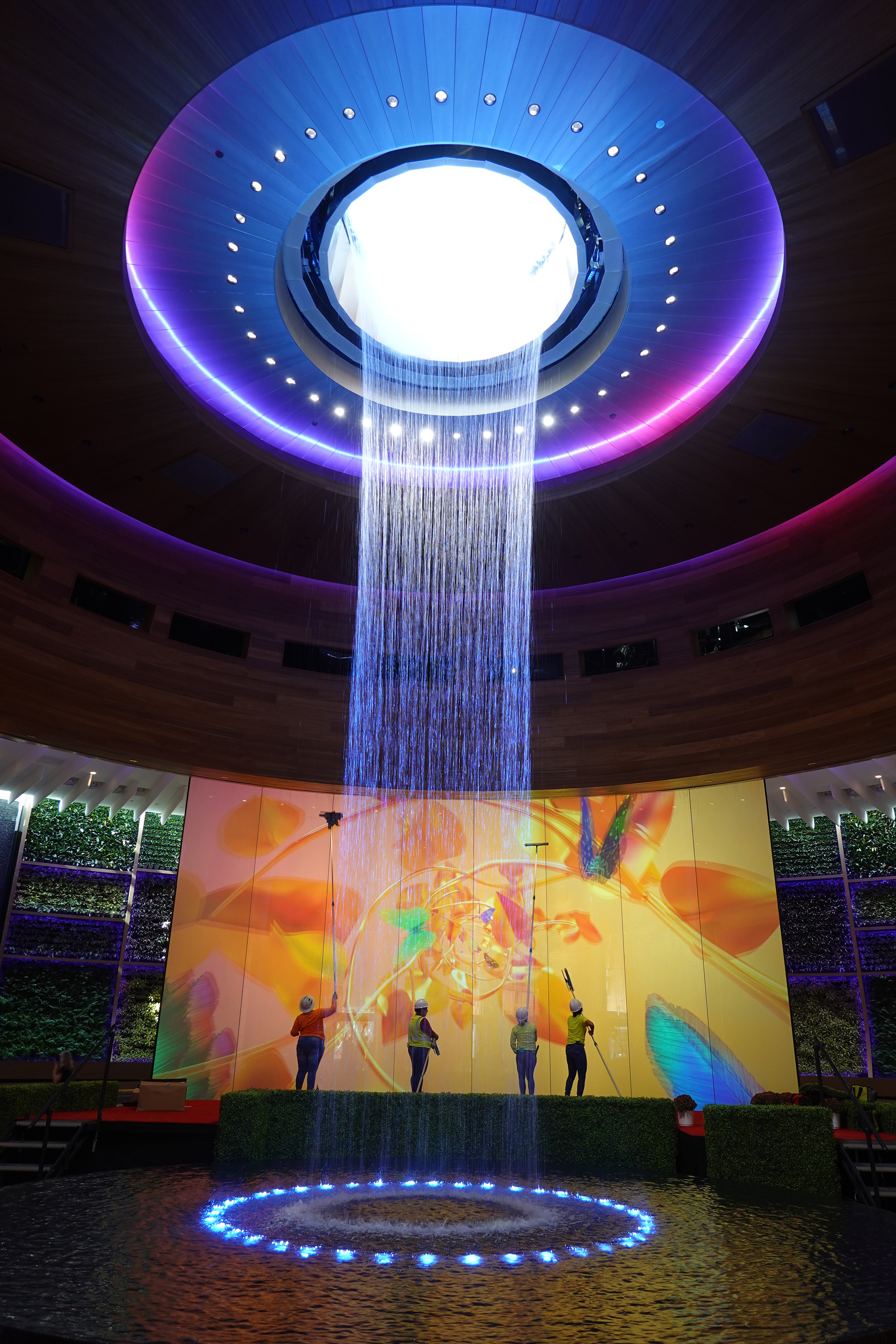 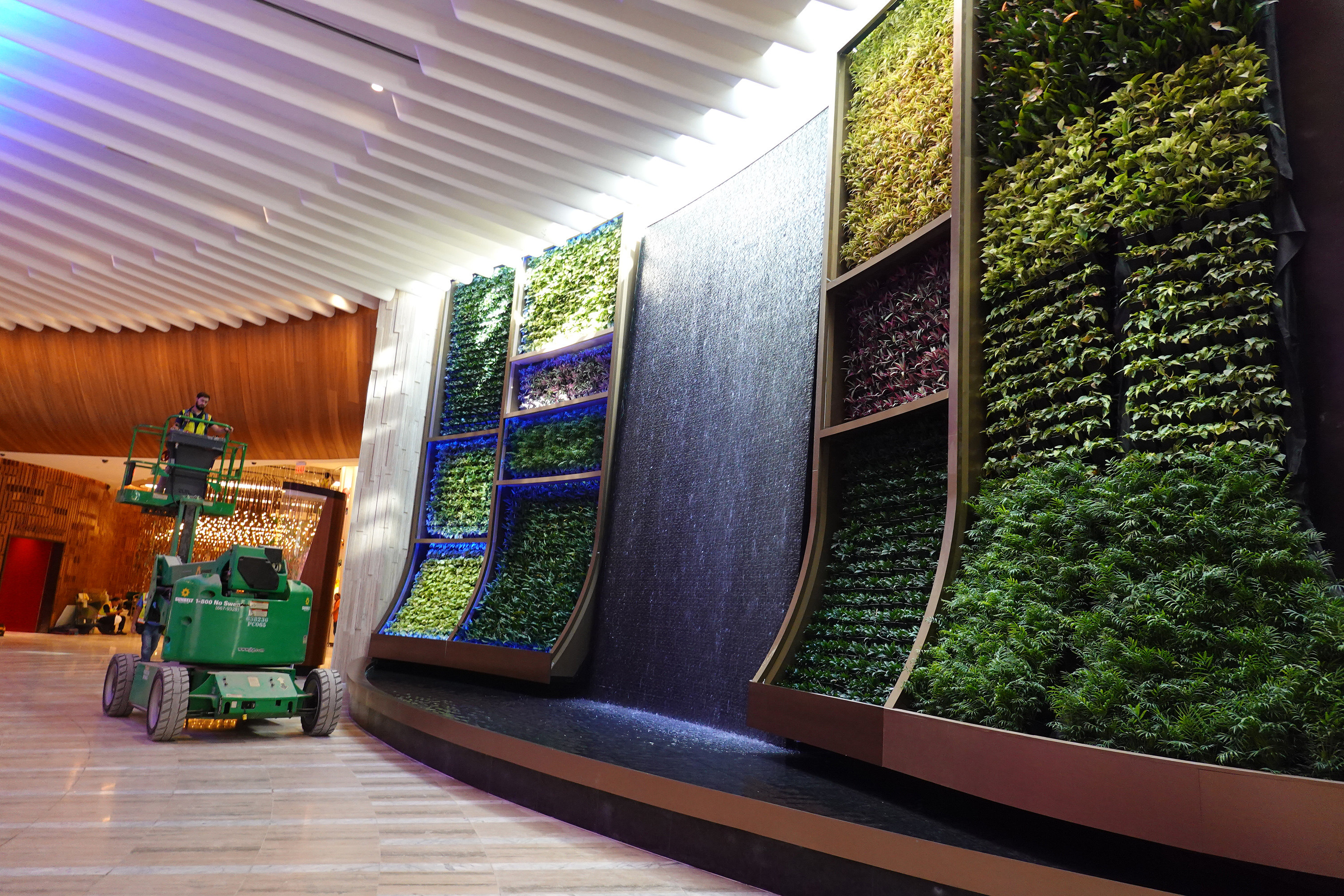 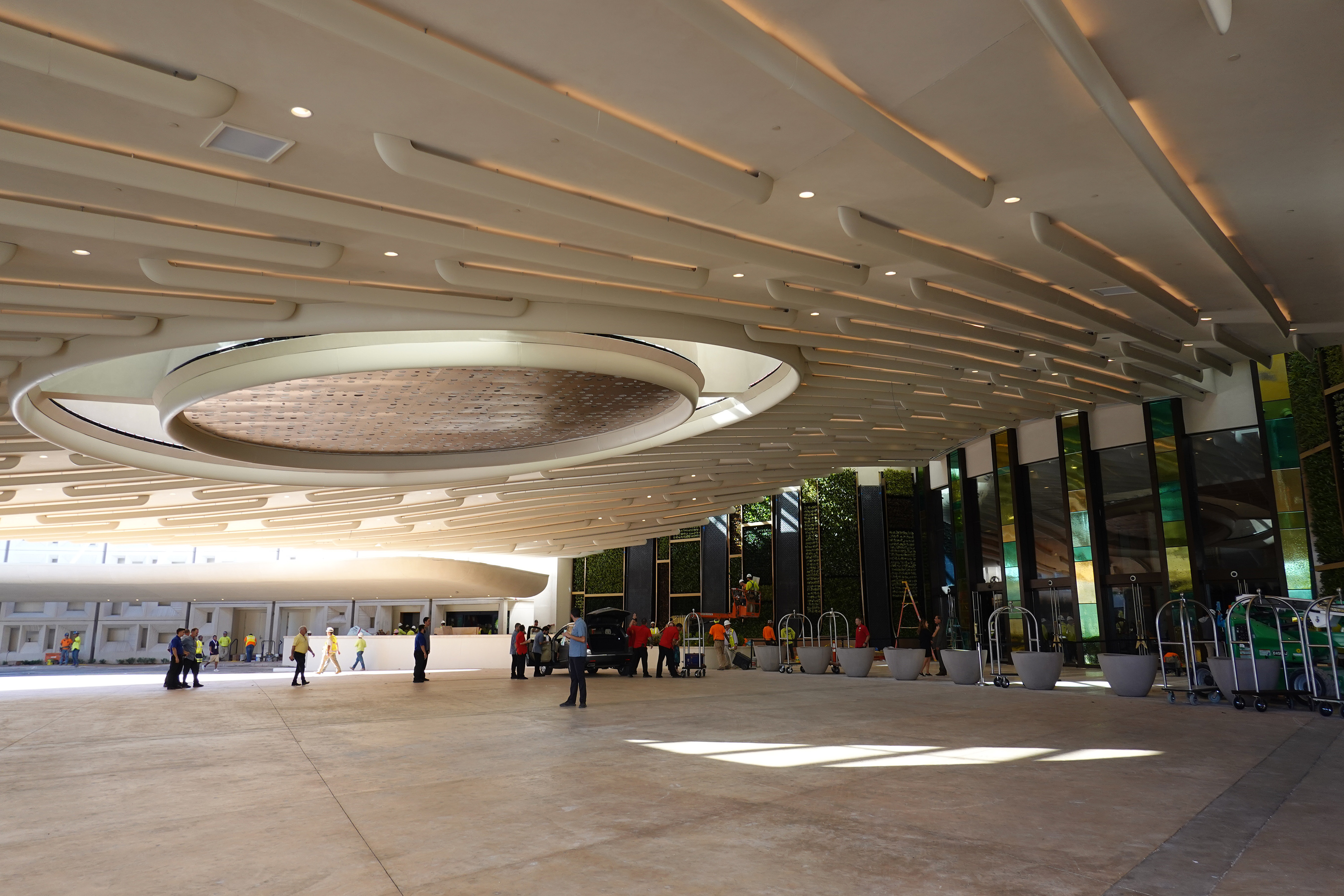 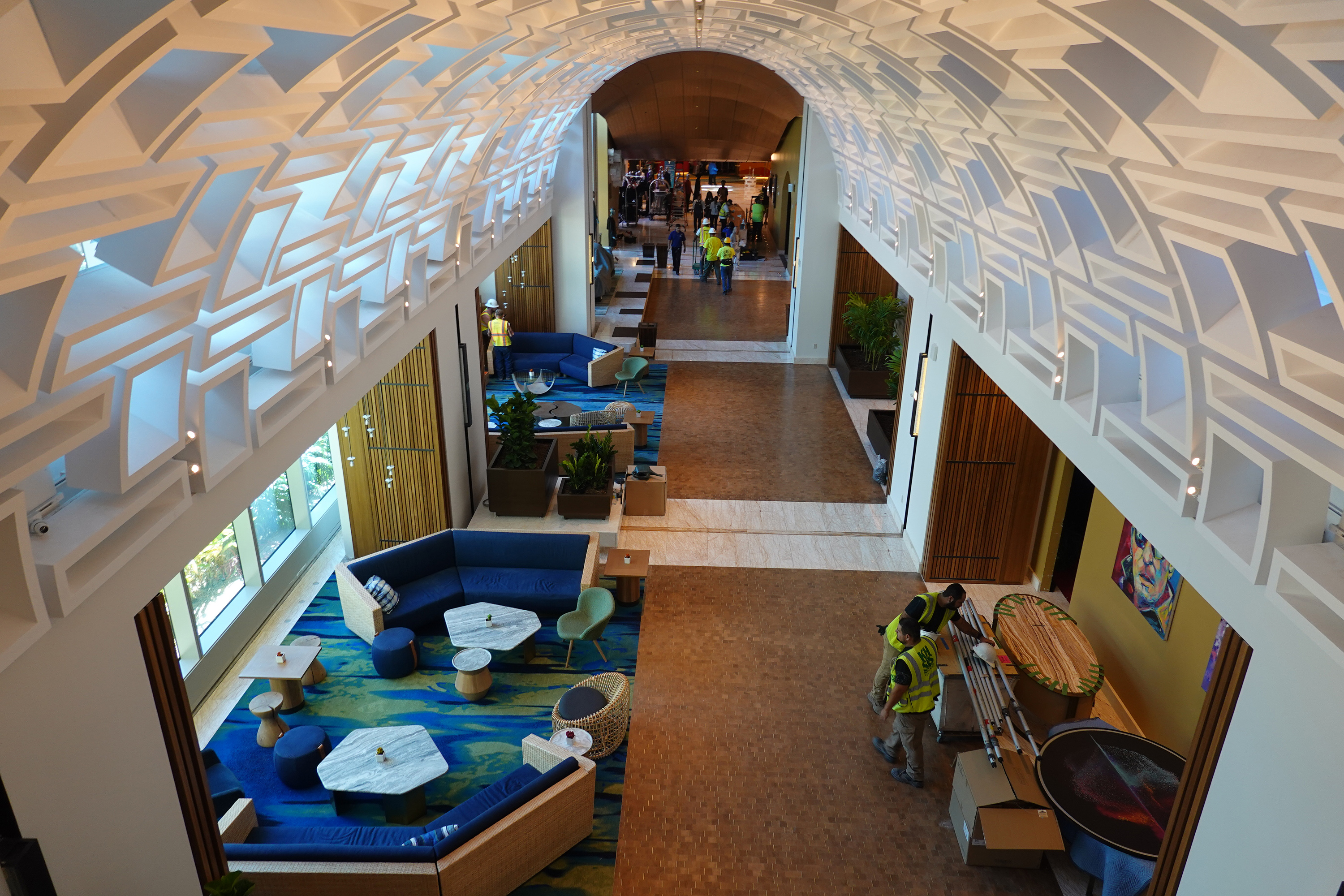 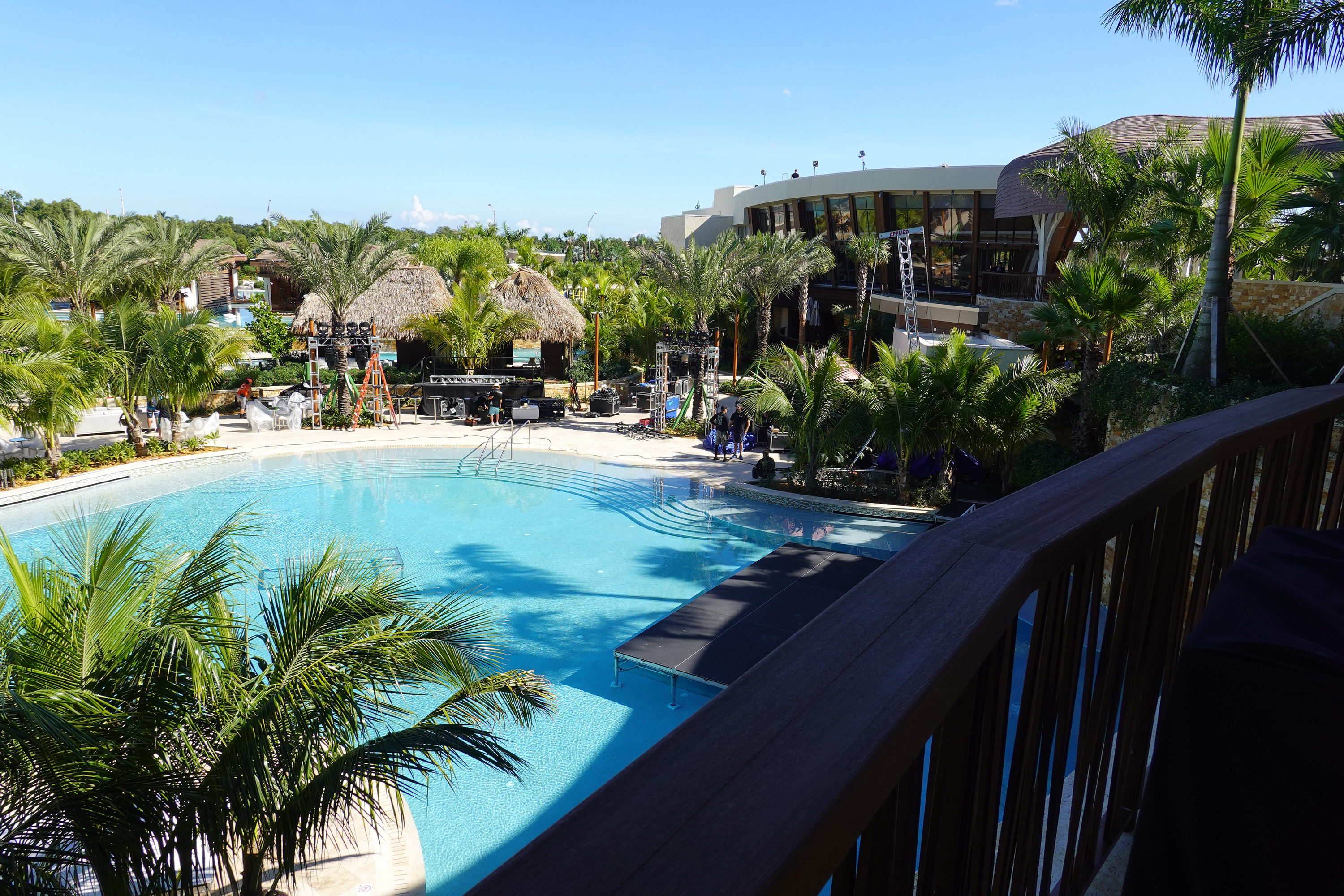 Guests will enter the hotel through a large dome called the Oculus, but it is outside where the excitement happens.

A 13-acre lagoon-style pool – equivalent to nine football pictures – will be open to guests with waterfalls, cabanas and butler service.

There will also be 3,000 slot machines, 193 table games and a 46-table poker room, plus 30 new restaurants lounges and bars.

Next door to the guitar-shaped hotel is the Oasis Tower, which has an additional 168 guest rooms with swim up suites and private pool.

He said: "The Hard Rock brand is stronger today than it ever has been," adding it now "represents more than food, beverage and a place to stay."

Other strange-shaped hotels include one like a bum-hole or one with rooms in old wine barrels.

You can even stay the night in a hotel shaped like a beagle.