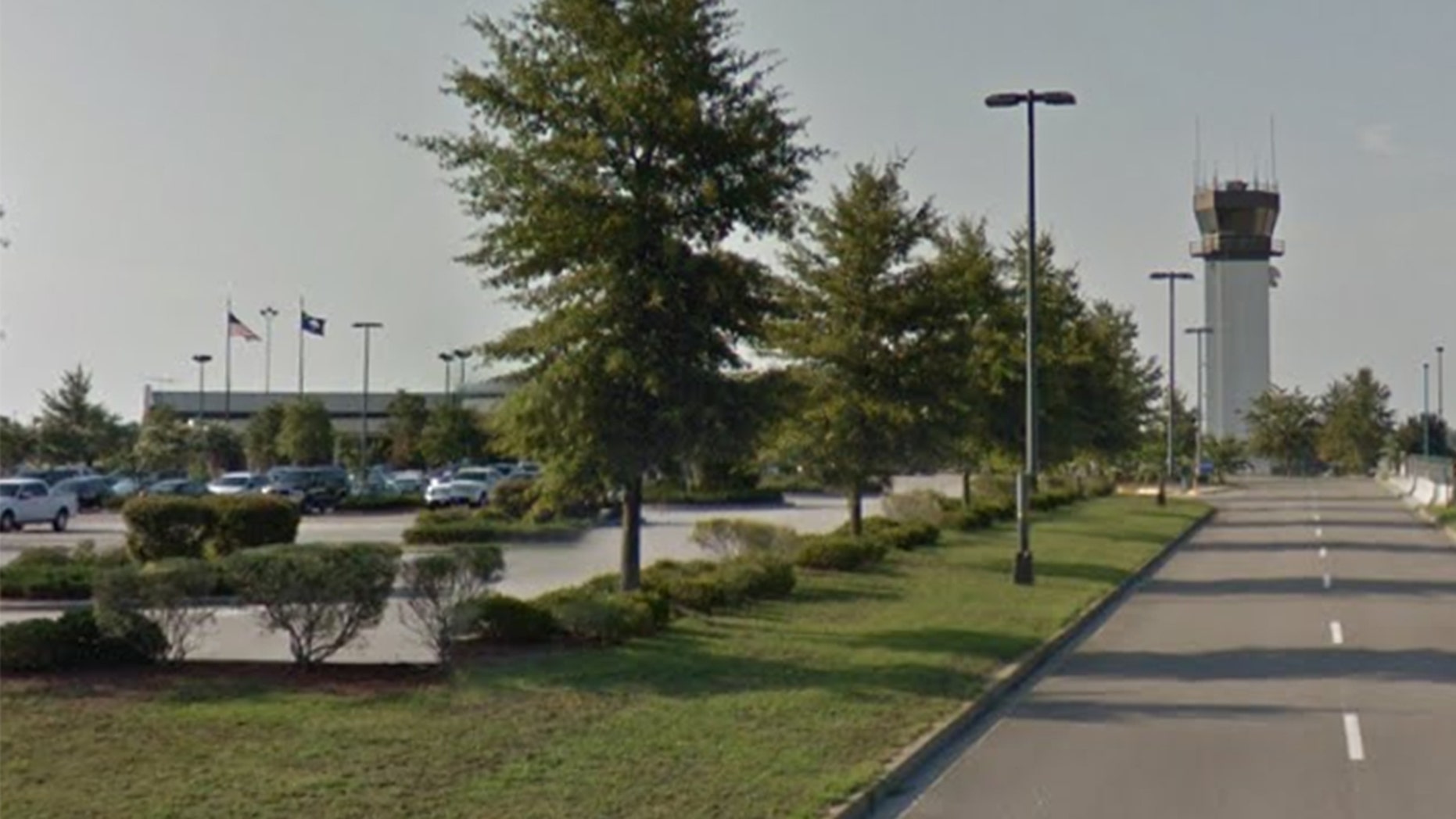 The unnamed suspect has since been hospitalized for evaluation for her antics at Florence Regional Airport, officials say.
(Google Maps)

One woman is facing charges of indecent exposure for traipsing through the grounds of a small South Carolina airport almost entirely naked, which effectively canceled flights for hours. The unnamed suspect has since been hospitalized for evaluation.

On Feb. 10, an “unclothed” woman attempted to enter a securely gated area of Florence Regional Airport around 11:20 in the morning, WBTW reports.

AIRCRAFT SLIDES OFF SNOWY RUNWAY, ACROSS FIELD AND INTO HIGHWAY

Maj. Mike Nunn of the Florence County Sheriff's Office said that the suspect ran onto the tarmac and into nearby woods, as per WLOS. The woman was clad only in underwear, according to airport public safety officer Lee Marsh.

After learning of the half-naked trespasser, officials with the Florence Regional Airport Dept. of Public Safety contacted the FAA Tower with the request that air traffic be deferred until the woman was found, ABC 15 News reports

"The safety of our passengers is our number one priority and we take every measure to comply with FAA rules and regulations that are in place for their safety," Connie Anderson, executive director at Florence Regional Airport, told the outlet of the scene.

After about 30 minutes of searching, dogs with the sheriff's canine unit found the woman in a storm ditch north of Runway 27, WBTW reports.

Meanwhile, Marsh said that Florence airport was closed for more than two hours during the search. An American Airlines flight from Charlotte was sent back and canceled, along with a flight headed to Charlotte.

Nunn said the woman was taken to a hospital for evaluation and isn't expected to be charged.