A PASSENGER was left fuming after being served a "disappointing" sandwich during a nine-hour flight.

Air China passenger Florian Kowatz was travelling from Beijing to Vienna when the meal was served to him. 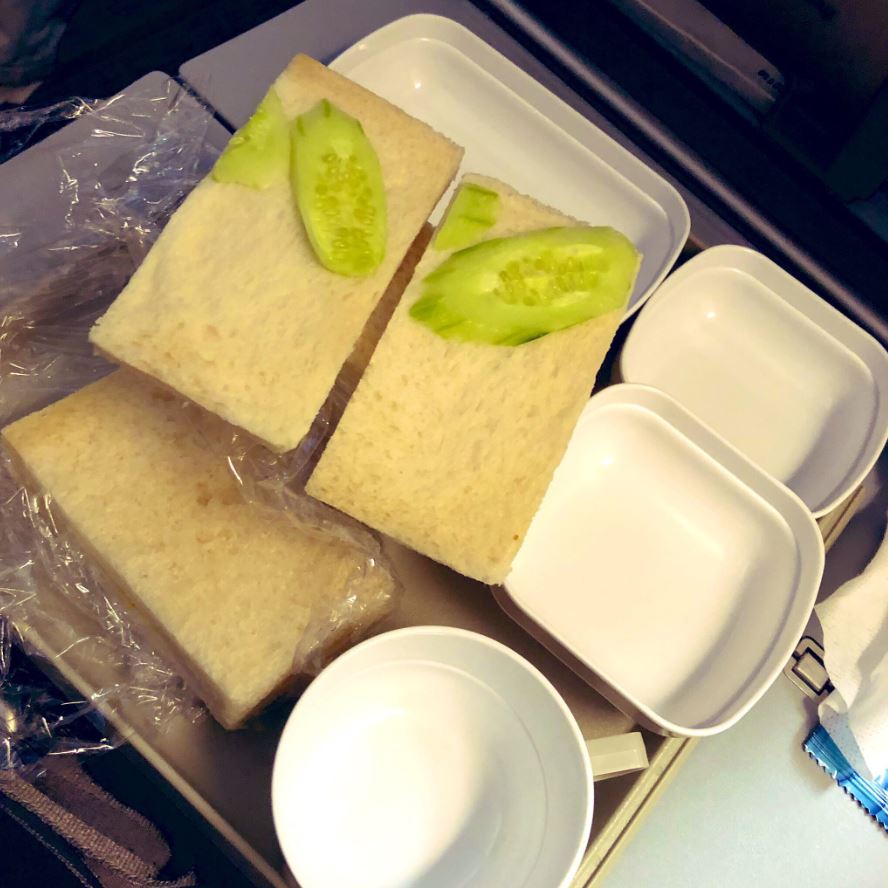 Florian, who owns a brand strategy company, booked a vegetarian meal for the long flight.

However what he was given was a measly looking sandwich with just two pieces of cucumber inside along with a small smear of butter.

He tweeted: "Dear @airchina — your vegetarian meal option on a flight to Vienna from Beijing. Less than disappointing."

Social media responded with laughter at the lack of fillings in the sandwich.

Dear @airchina — your vegetarian meal option on a flight to Vienna from Beijing. Less than disappointing. pic.twitter.com/kPcQcIzwb1

Not that hard to make a vegan sandwich. They should at least put some carrots, hummus or guacamole… I don't know… SOMETHING. They could have given you air, that wouldn't have made that much of a difference

@airchina Do you think this is a good vegetarian meal? Just arrived in the flight CA845 Beijing-Barcelona. pic.twitter.com/uZUaPdJreW

The empty sandwich appears to have been a problem before, as another passenger tweeted a similar picture last year of the measly cucumber sandwich while on an Air China flight.

Even worse, a second sandwich he was served was just as disappointing as it contained one piece of lettuce.

"This’s the worst airline dinner ever (this was given for DINNER, not snack)."

It is not the first time an airline has been slammed for offering poor inflight meal options.

Jetstar passenger Nick Mosley was baffled after paying £5 for a sandwich that had a single leaf of lettuce in it, along with a smearing of egg.

Paul Carlin, who was travelling with Emirates, faced a similar problem after his Cajun chicken sandwich had just a tiny piece of meat in it.