A German government plane, with no passengers on board, blocked the runway after a rough landing at one of Berlin’s airports – forcing authorities to divert incoming planes.

The German air force, which operates the government fleet, said the Bombardier Global 5000 jet landed at Schönefeld Airport on Tuesday after turning back because of a malfunction and both wings touched the runway.

It said the crew was undergoing medical checks. 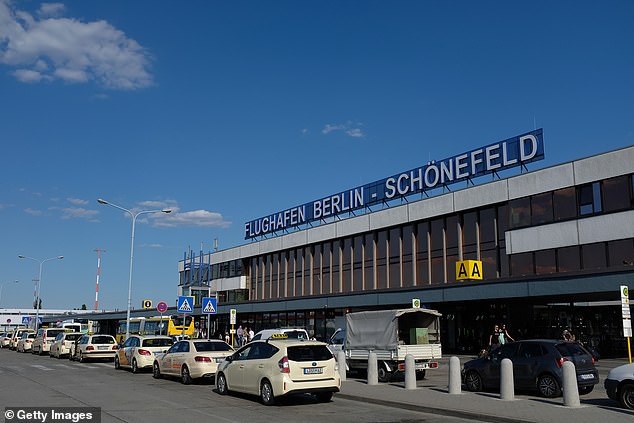 The city’s airport operator tweeted that flights headed for Schönefeld had to be diverted because of an ‘inoperative aircraft’ on the runway and advised passengers to check ahead.

It wrote earlier this morning: ‘Currently operations at Schönefeld Airport is disturbed.

‘Flights approaching are diverted. Please inquire with your airline about your flight status.’

While the German Air Force said on Twitter: ‘The crew is being medically examined. The aircraft headed back to Berlin Schönefeld after a technical malfunction just after take-off.

‘We are investigating the cause of the incident.’ 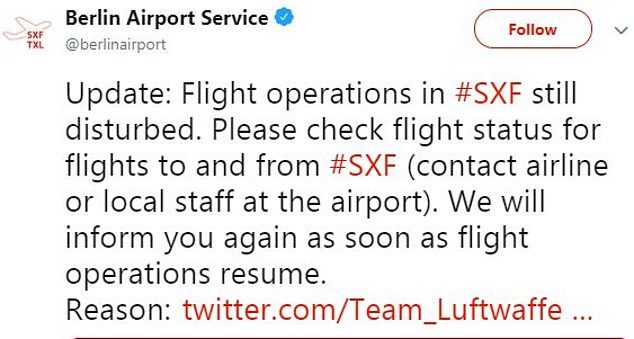 The incident came during the busy Easter travel season.

Some affected flights were diverted to the nearby Tegel Airport in the city while others were been delayed.

Schönefeld is one of two Cold War-era airports that serve the German capital.  A new airport is currently scheduled to open next year.

The German government’s fleet of 14 aircraft has become increasingly notorious for frequent malfunctions, with a string of embarrassing high-profile mishaps in recent months.

In November, Chancellor Angela Merkel arrived late at the Group of 20 summit in Argentina after a problem with her Airbus A340 forced the plane to turn back. Merkel then took a commercial flight.

Other recent mishaps have left the foreign minister stranded in Mali overnight and the president for several hours in Ethiopia.