A POPULAR tourist attraction in Morocco where goats climb trees to eat the berries is a scam according to animal rights campaigners.

The animals are said to have been brought in from other regions of Morocco and coaxed into the trees each day by local farmers. 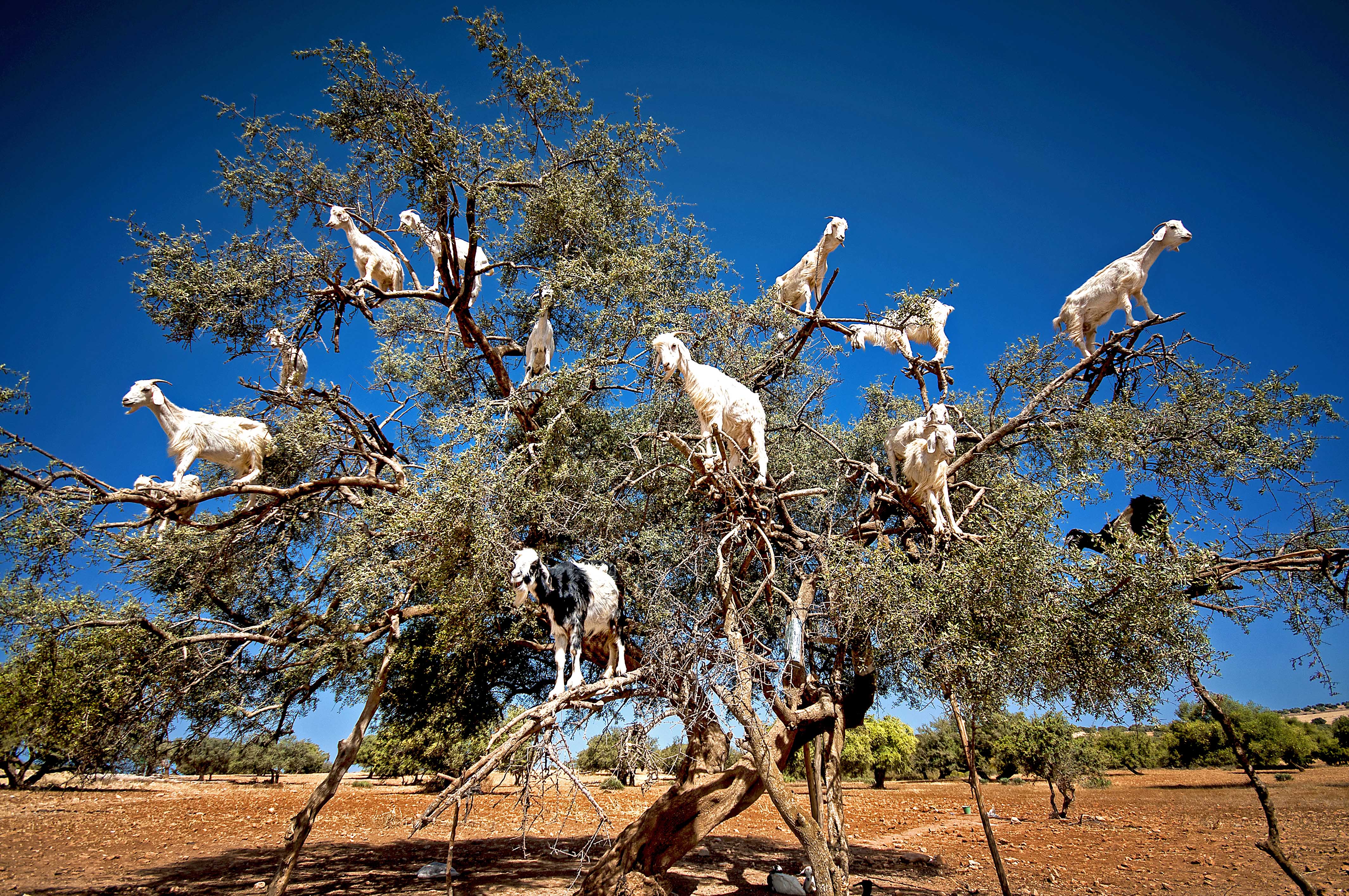 The popular animal attraction, found on the roads between Marrakesh and Essaouira, has long been a photo stop for holidaymakers from across the globe.

Photographer Aaron Gekoski, 38, investigated the "natural phenomenon" for the Born Free Foundation after receiving a tip off the site was not all it seemed.

Aaron, who visited Morocco earlier this year, was told "opportunistic farmers" brought goats in from other areas and forced them into the trees before charging travellers to take snaps.

The photographer, who specialises in documenting cruelty in the wildlife tourism industry, said: "After seeing tourists’ interest in the tree-dwelling goats, some opportunistic farmers decide to manipulate the situation for financial gain. 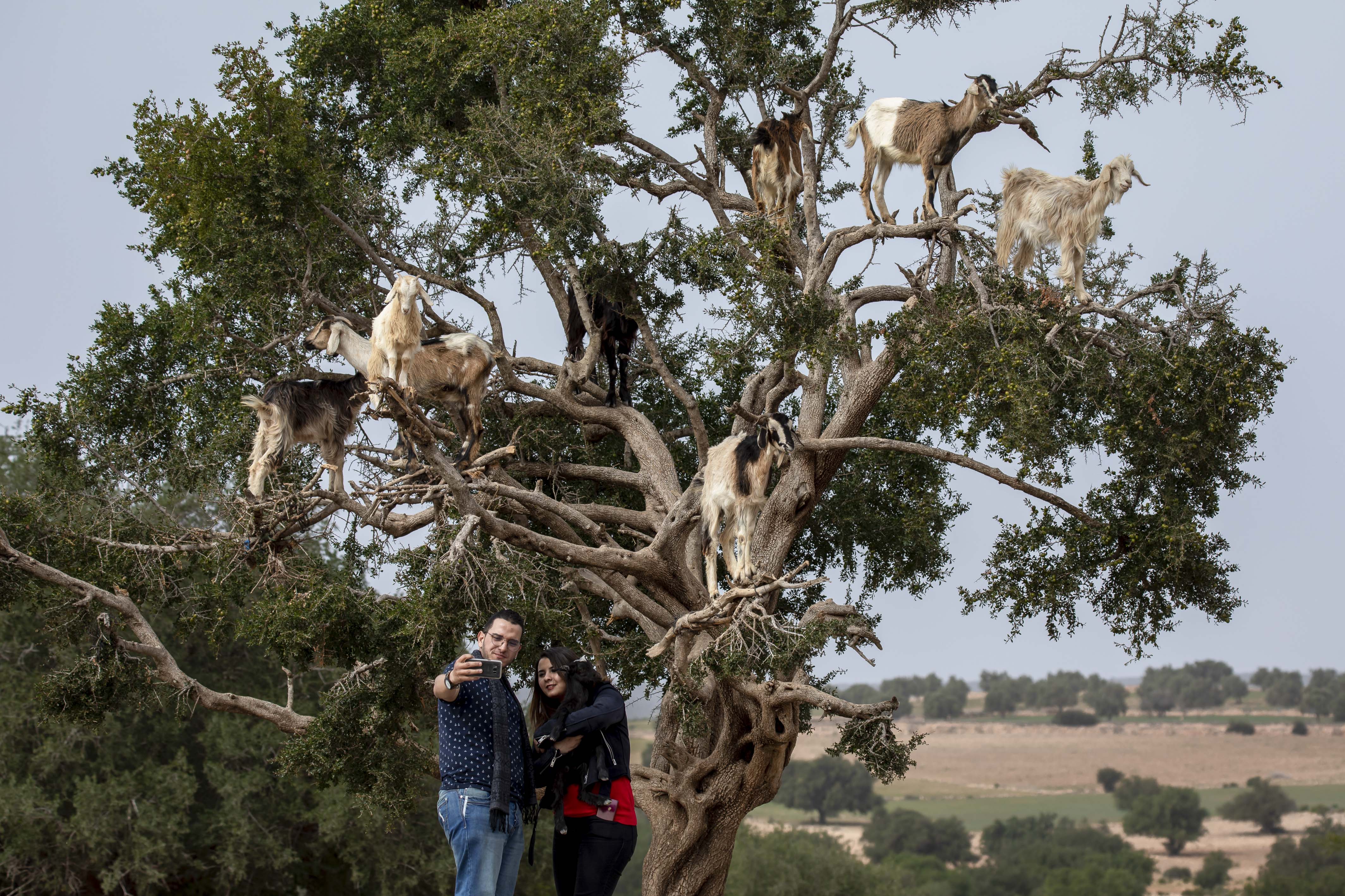 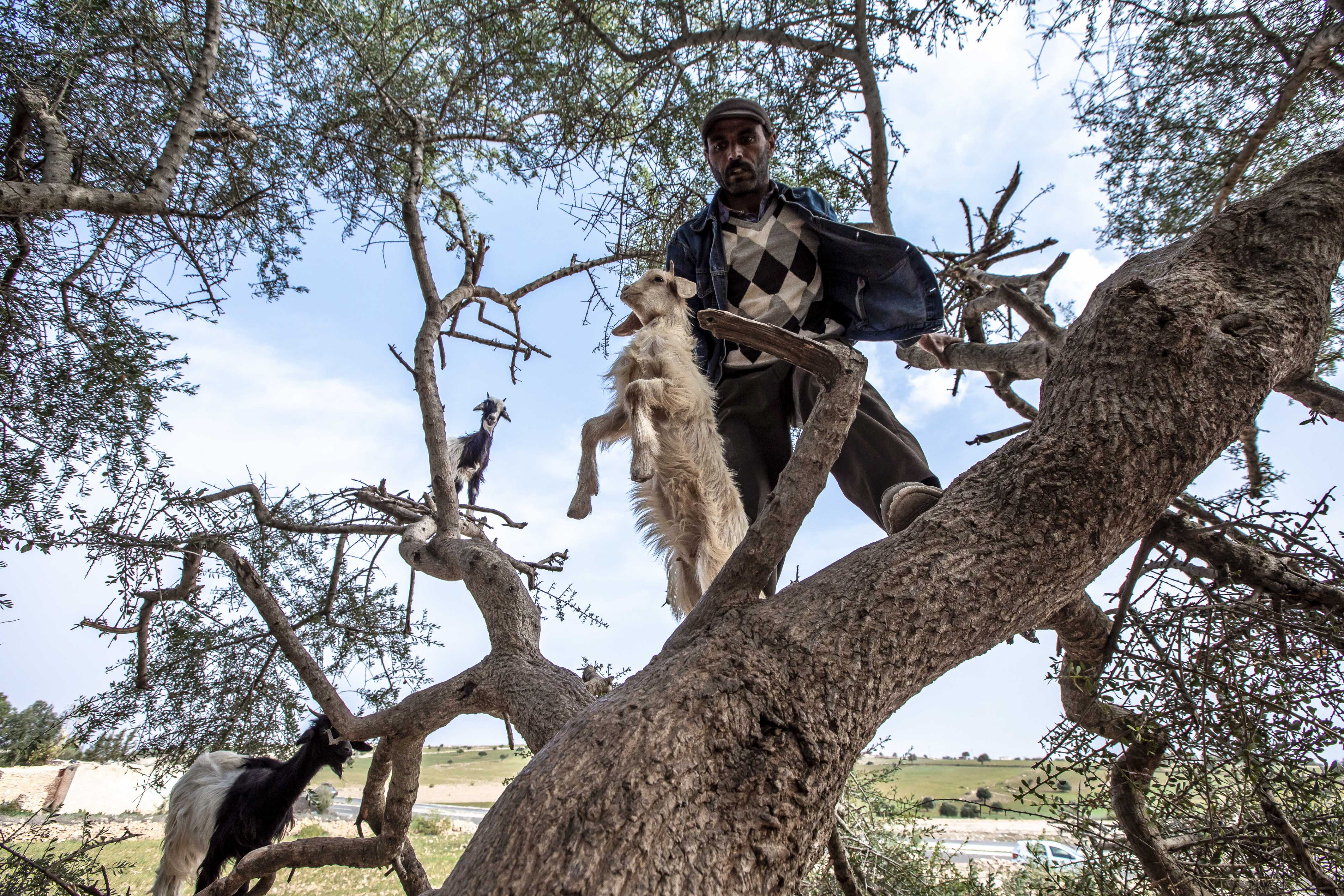 "I heard they even brought goats in from other areas, built platforms in the trees and now cajole the goats into the trees, charging tourists to take photographs.

"They will take the goats home in the late afternoon, before coaxing them back into the trees at sunrise.

"The goats are incredibly nimble and dexterous when it comes to navigating the trees, though generally they just stand in one place, looking rather sick and forlorn.

"All the tourists who visited seemed blissfully unaware though and ‘oohed’ and ‘ahhed’ before taking photos and selfies." 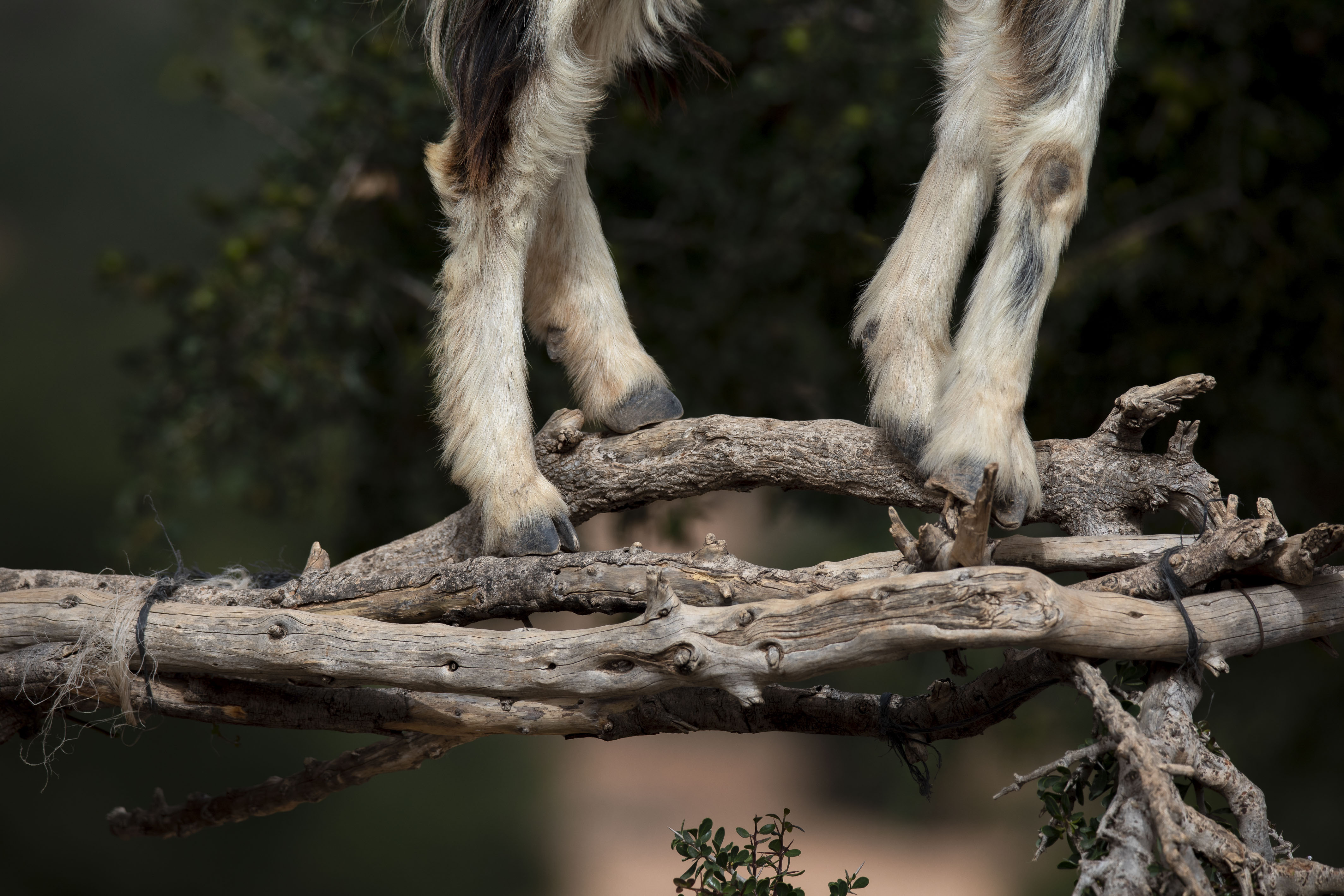 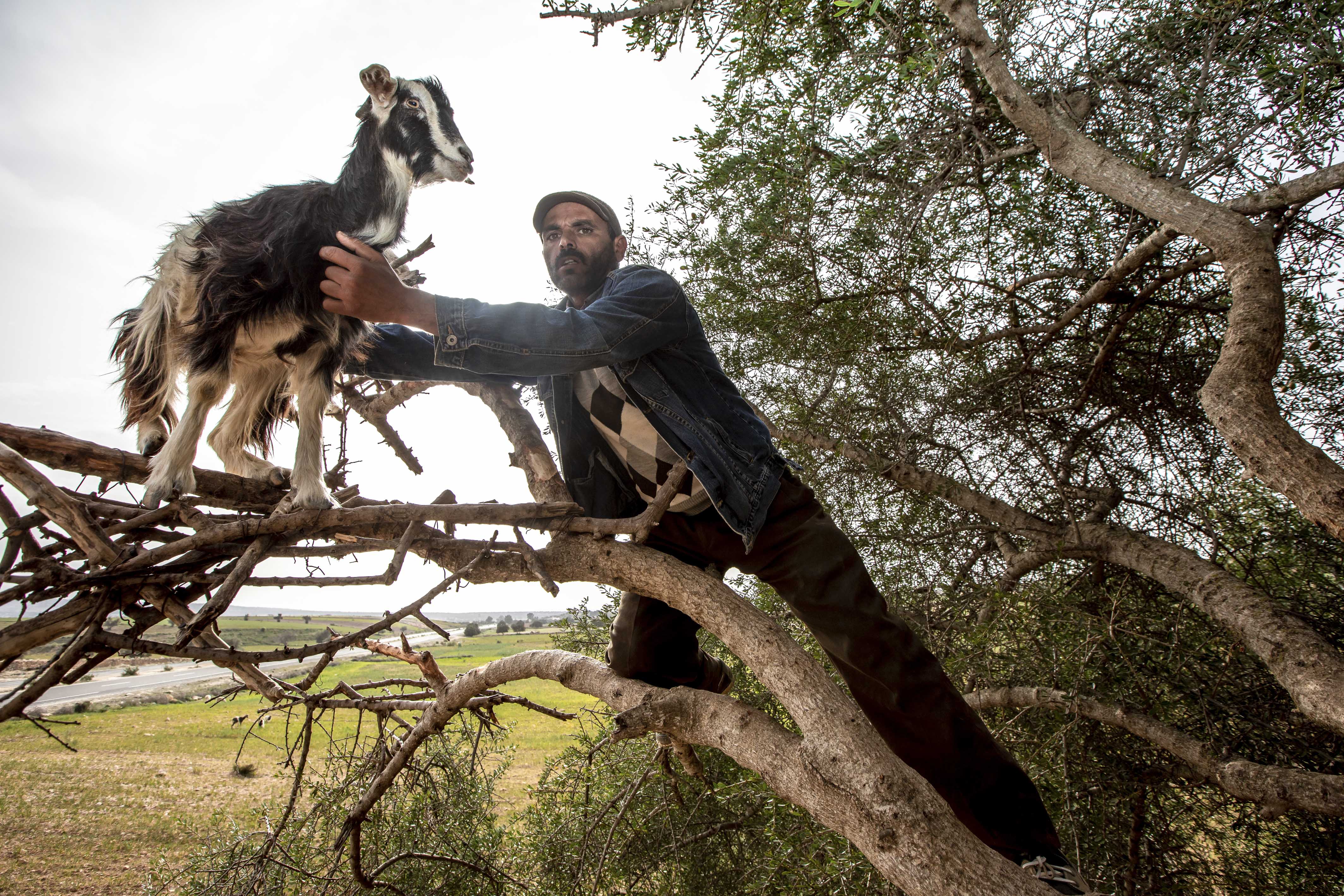 UK-born photographer Aaron heard claims farmers brought multiple goats from entirely different areas and have even erected platforms in the trees for the goats to stand on.

Once tired, the goats are brought down and swapped with another, while unscrupulous vendors charge every tourist for the photos they wish to take before removing all the goats from the trees at the end of the day.

The next morning, the farmers were allegedly spotted coaxing the animals back up at sunrise to start the con again.

Aaron claimed he also heard reports the goats were slaughtered after they had come to the end of their natural lifespan. 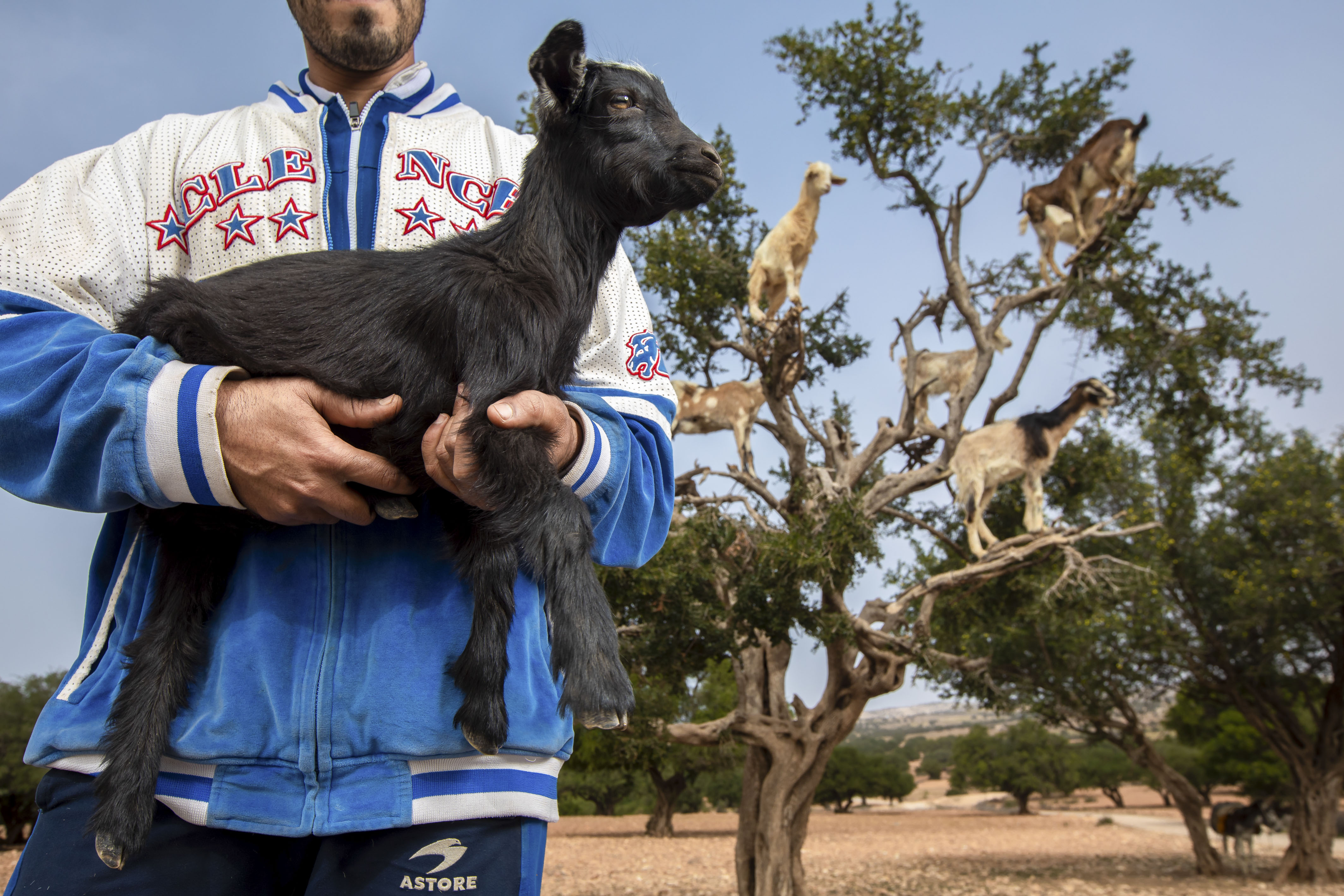 He said: "The goats are often rotated halfway through the day as they get tired.

"It’s incredibly hot work standing in a tree all day and generally the goats are in poor condition and very skinny.

"There were also almost no older goats, which I heard get eaten.

"The farmers will also hand over young goats, known as kids, for photo opportunities in front of the trees. 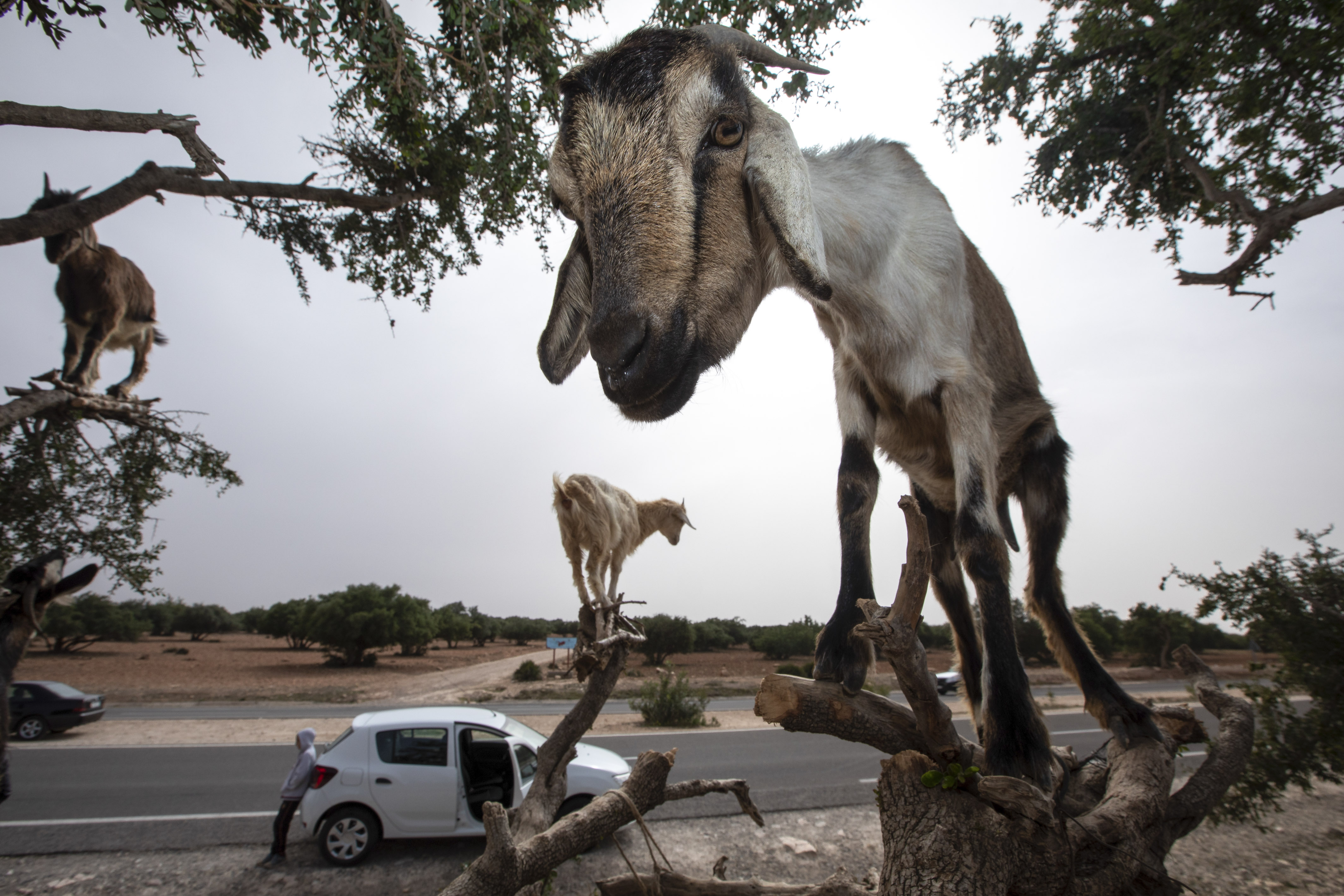 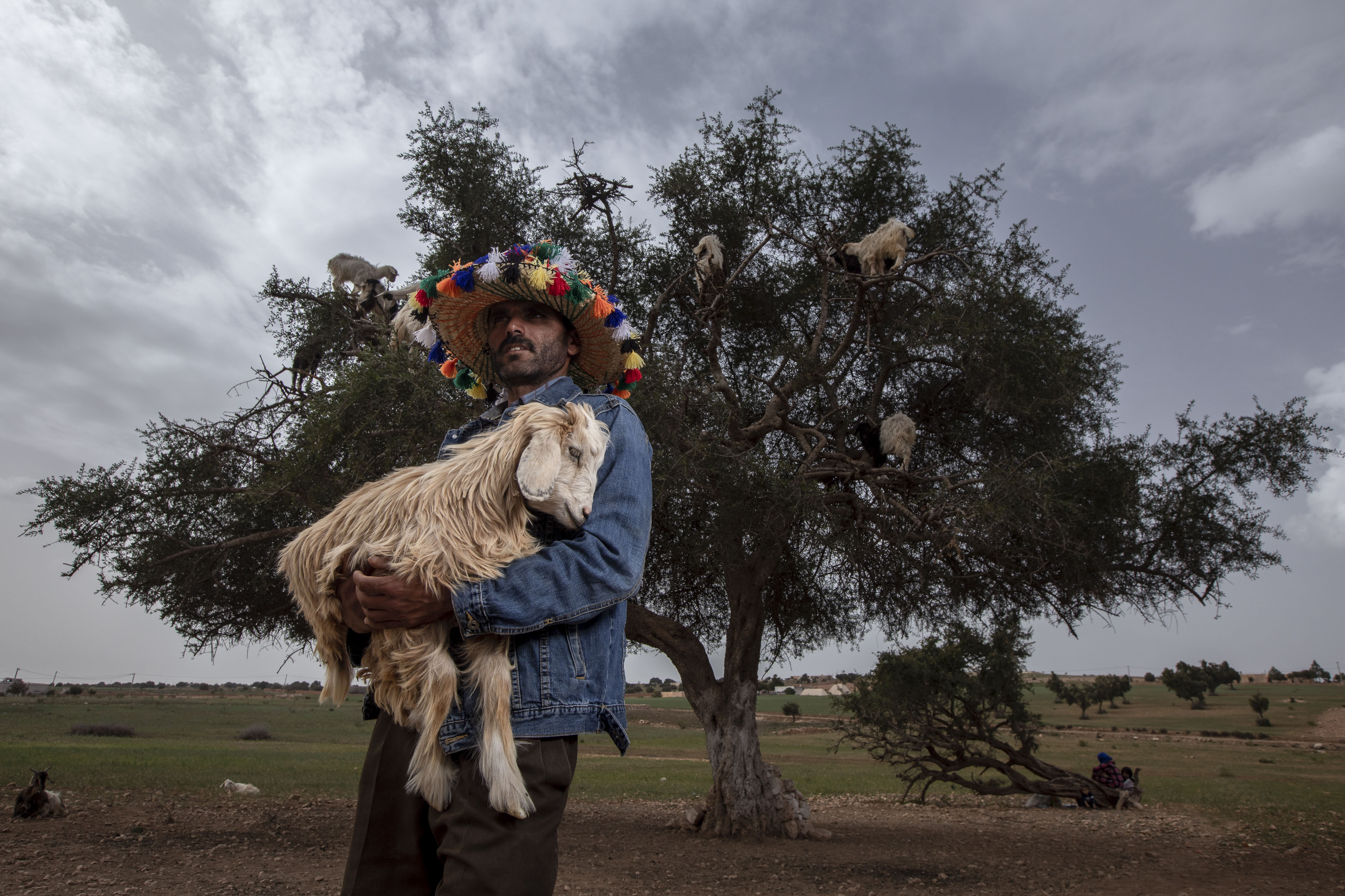 "Also, having so many goats in one place threatens the sustainability of the trees as their hooves damage the branches.

Dr Chris Draper, head of animal welfare and captivity at Born Free, said: "Images of goats in trees have become iconic, suggesting a rural idyll where crafty and agile animals have learned to make the most of their environment.

"Sadly, the reality seems to be that this is anything but natural, and is instead an exploitative set-up, designed to snare unsuspecting tourists to pay to take pictures. 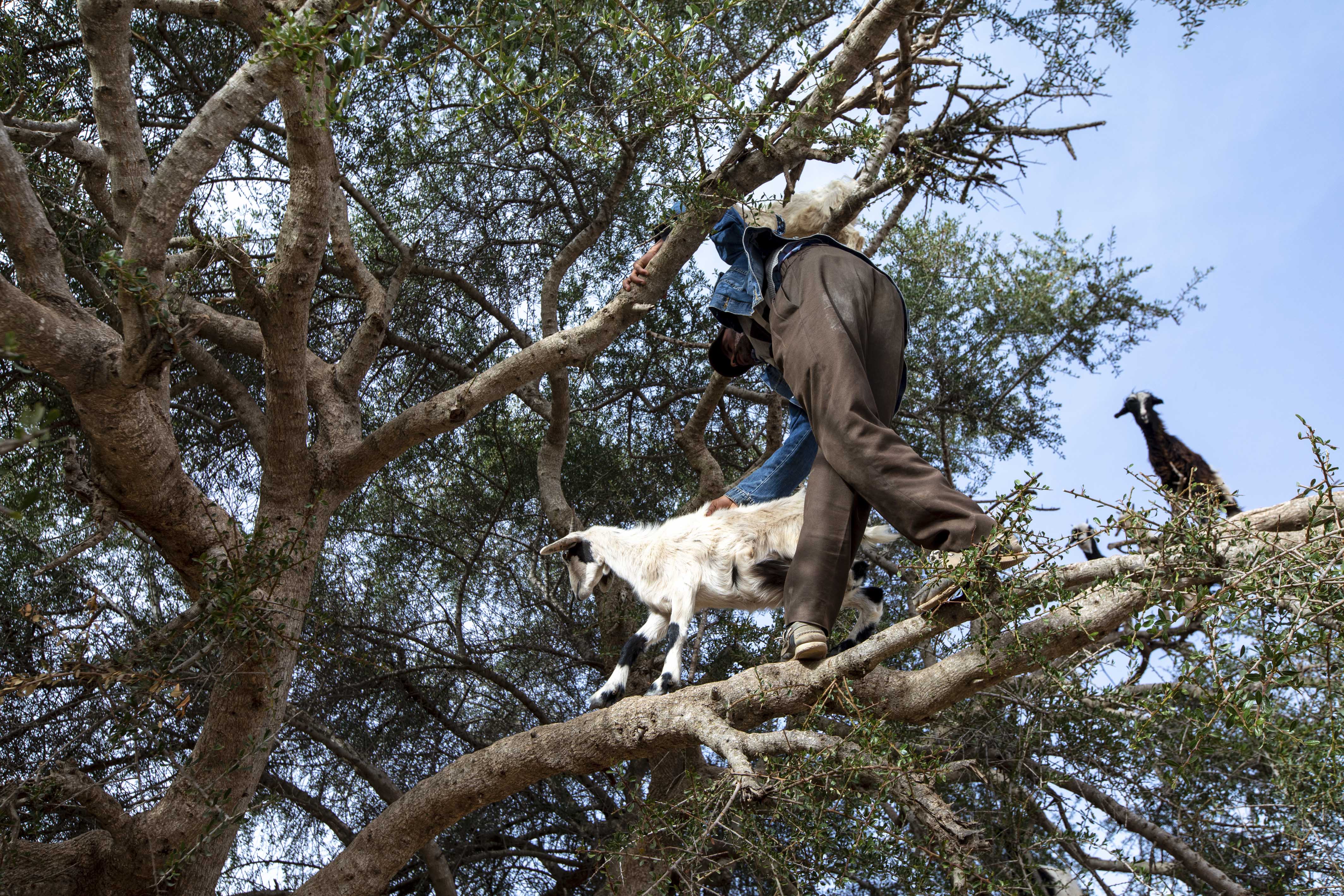 "The animals are unable or unwilling to move from where they are placed in the trees by people.

"This means that they will be unable to move into shade or to forage in a normal manner.

"The situation is likely to be very stressful for the goats, made worse by being placed next to a busy road and with streams of visitors stopping to take a look.

"This is just one of several issues of which we are aware in Morocco where animals are being abused to cater for a demand and provide photo opportunities for tourists.

"Born Free urges everyone to keep an eye out for animals while travelling and on holiday: if something seems too good to be true, it probably is.

"Born Free will soon be launching our new initiative, Raise the Red Flag, to collate public reports of animals in need, and to provide people with the tools to make their voice heard for animals."

Goats are known for their dexterity, with the animals in northern Italy able to scale almost vertical walls.

Photographed at the Cingino Dam, the Alpine ibex goats traverse the rocky terrain for minerals and saltpetre.

In recent years, pilates with goats has also become a popular tourist attraction.