SkyWest flight 3879 was operating as a Delta Connection flight from New York to Houston when the incident occurred. 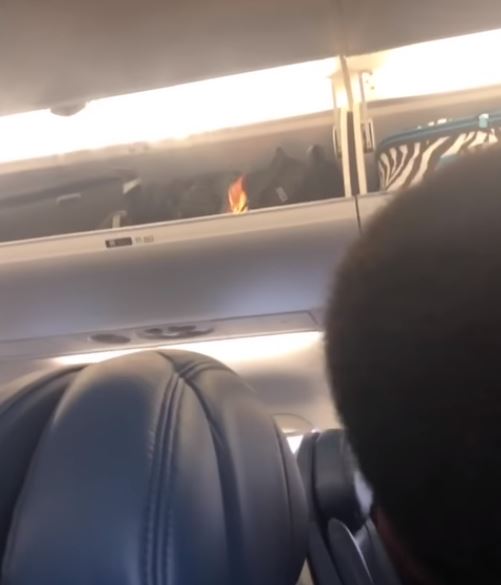 Passenger Rex Sakamoto tweeted a video from the flight.

He wrote: "Fire just broke out on a Delta flight. I was sitting a few rows back but another person was sitting closer and caught video of the flames!

"Apparently a vape pen exploded and caught a bag on fire."

In footage of the incident, a fire could be spotted in the overhead locker with passengers' clothes and bags. 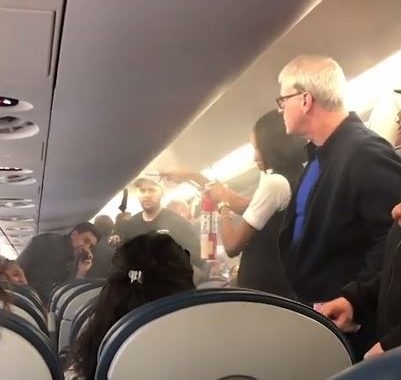 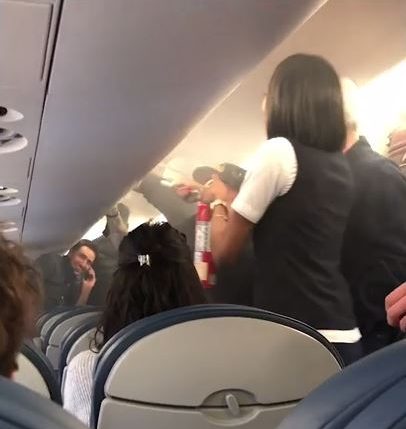 In another video, a flight attendant responded to the flames with a fire extinguisher.

Passengers were spotted dragging their clothes from the top of the locker while the flames were put out.

The fire was successfully extinguished with no-one injured on board.

Some Twitter users called for e-cigarettes to be banned on flights following the incident. 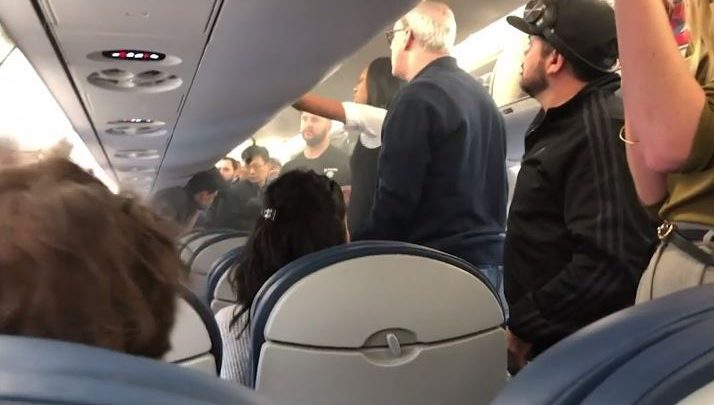 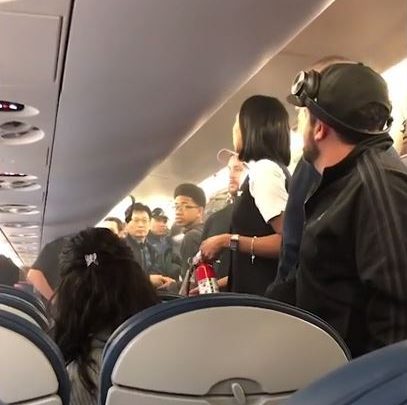 Passengers travelling with e-cigarettes or vape pens are allowed to take them in the cabin, according to Delta.

They must not be checked in and must be taken into the cabin in case they overheat.

Delta confirms that they must not be charged while on board the aircraft and suggests carrying them in "designated carry case to prevent damage and/or unintentional activation".

According to the Federal Aviation Authority (FAA), there have been 225 incidents involving lithium batteries on a plane since August 2018.

Many of the incidents involved e-cigarettes.

Passengers in the UK are not allowed to vape while on a flight, and they must be stowed away in the cabin, Sun Online Travel previously reported.

Taking e-cigarettes abroad could even result in a ten-year prison sentence, depending on the country.

Brits should leave them at home if travelling to Thailand, where it is banned to carry them.