Set on the planet of Batuu, the 14-acre themed-land will feature characters including Rey, Finn, Kylo Ren and fan-favorite Chewbacca. 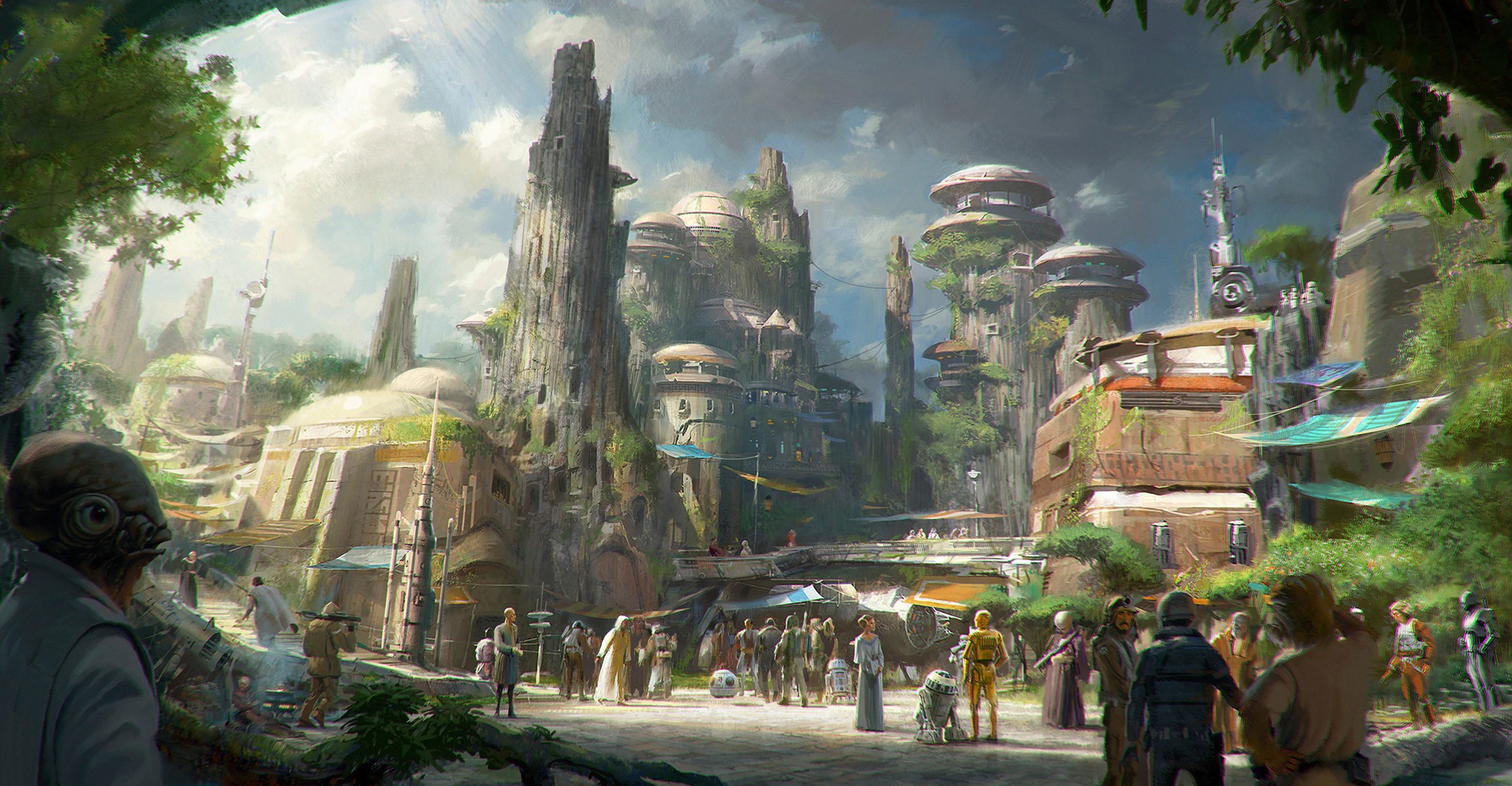 Galaxy's Edge is set to open this summer at the Disneyland Resort in Anaheim, California, then in the autumn at Disney's Hollywood Studios in Orlando, Florida.

He said: "You will not think you're in a theme park.

"Every cast member will be in character, the food and beverage and language will be in story. The merchandise inside the shops won't be in boxes that say Disney on them.

"Everything is very, very immersive." 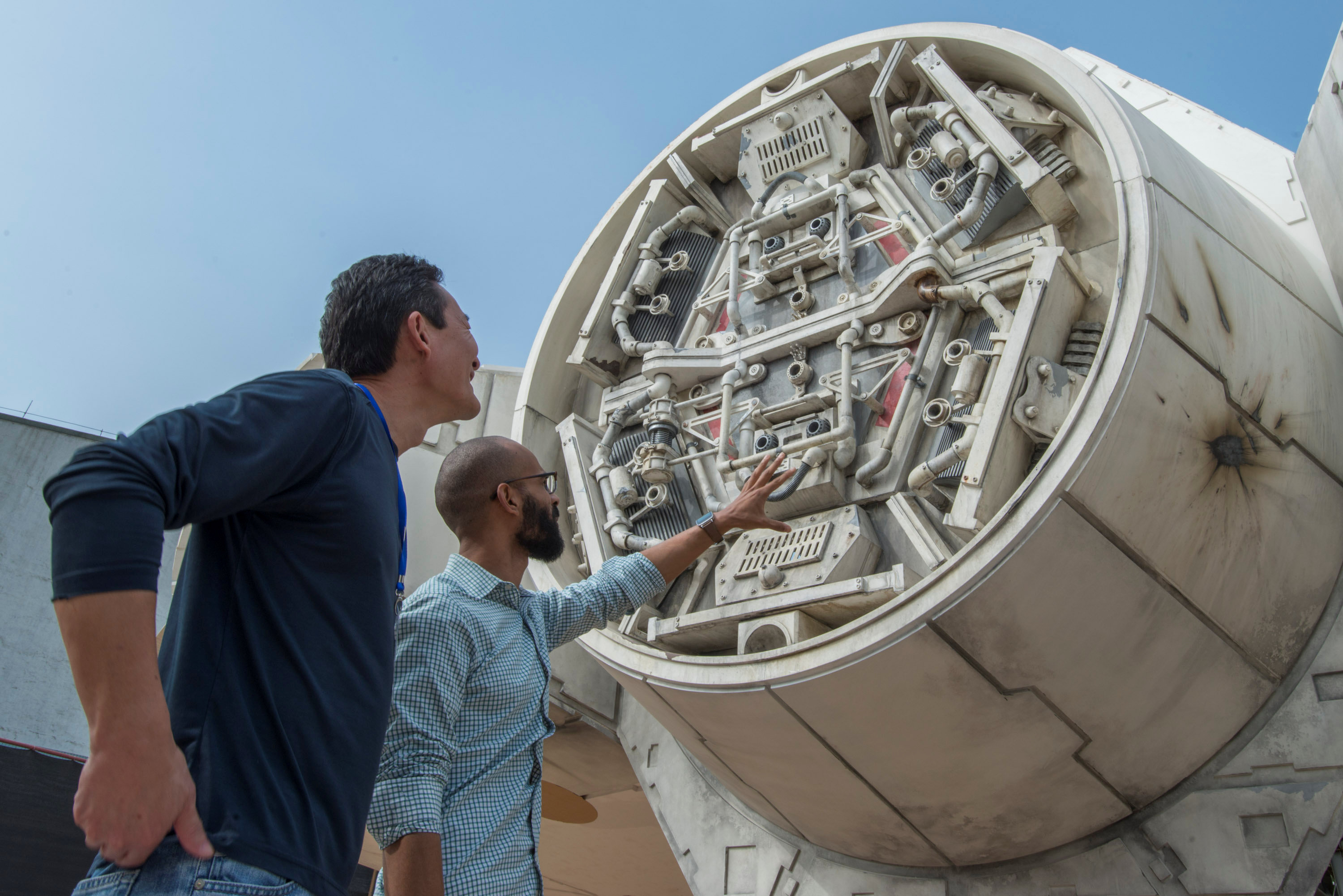 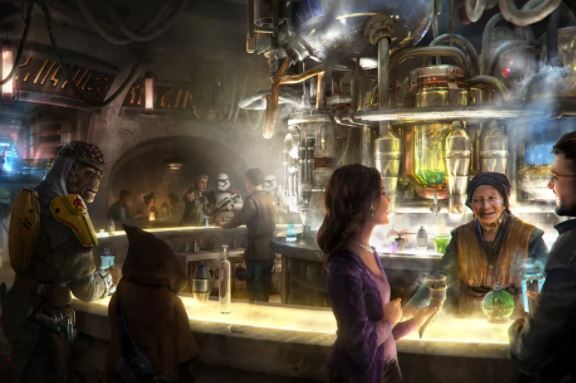 Olga's Cantina, for example, is offering iconic classics such as blue bantha milk as well as the green milk drunk by Luke Skywalker in The Last Jedi according to Eater.

The cantina will be the first location to serve alcohol to the general public in Disneyland's 60-plus year history. It's the place to come and unwind, but officials say it's also known to have some of the most disreputable characters in the galaxy.

Other meal options include smoked kaadu ribs and Tip-Yip, which were chicken-like birds in the series.

Guests who want a unique experience will be able to create their own lightsaber and droids. 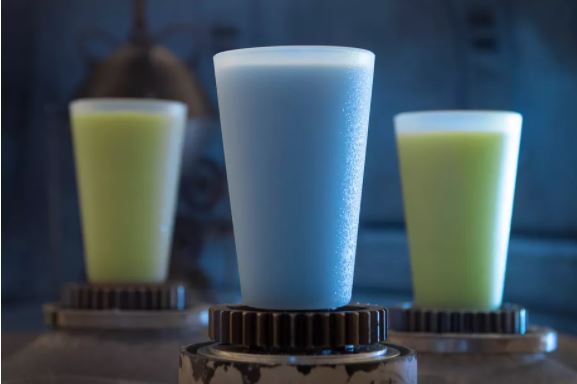 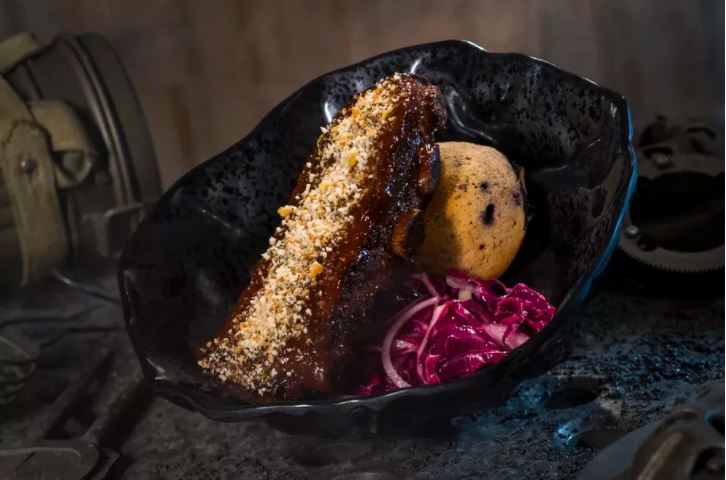 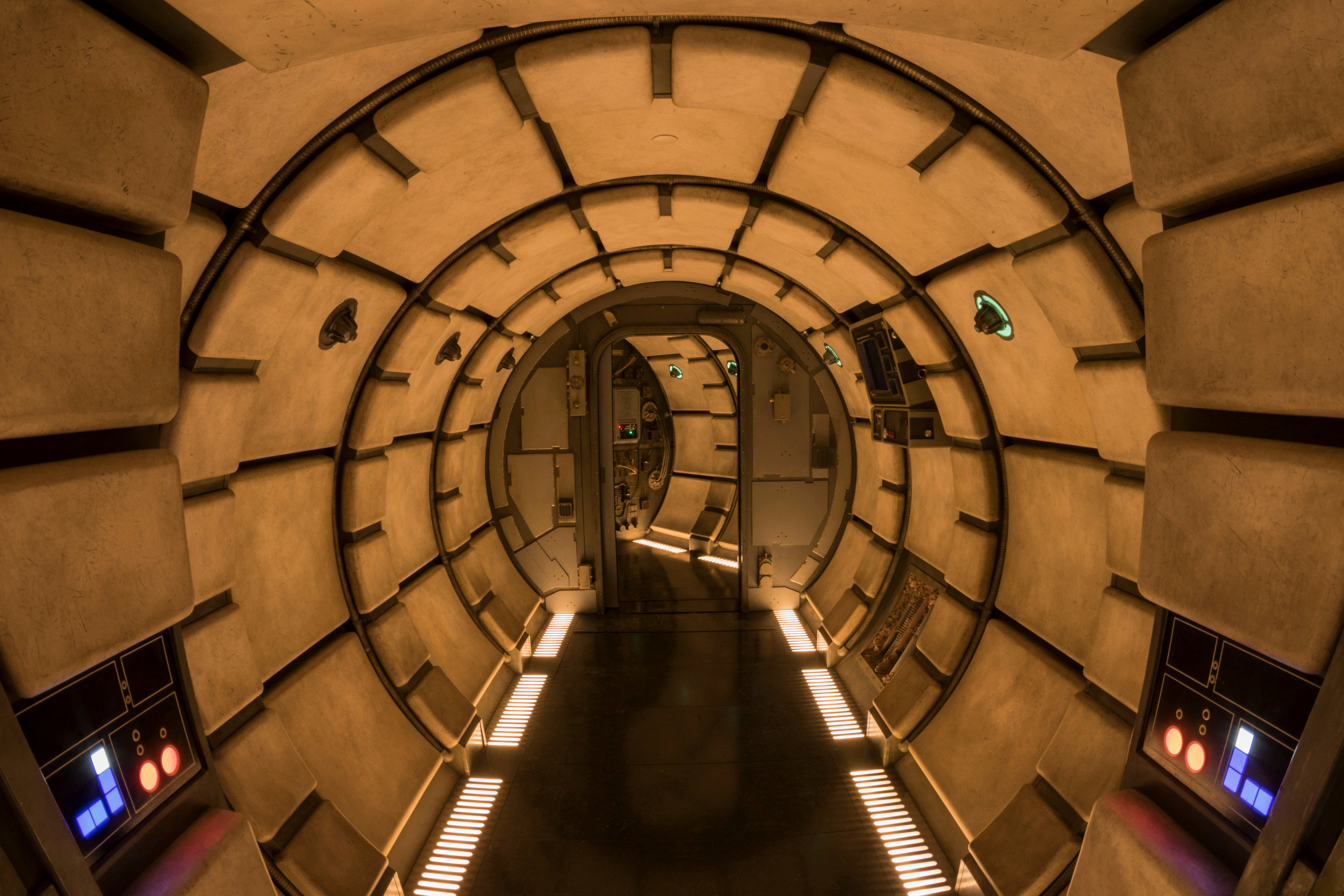 Meanwhile, Savi's Workshop will allow anyone to build their own lightsaber, customising the entire weapon, and take it home.

Guests will also need to leave their creations stowed away for rides and busy parts of the park for safety reasons.

At the Droid Depot, visitors can use a number of parts to create an astromech droid, which will be similar in appearance to R2-D2 and be able to be controlled by remote.

In a behind-the-scenes tour, park officials took The Associated Press on a tour of Batuu, an uncharted region of lush trees and spires.

The land is filled with smugglers and traders hoping to avoid the First Order, the successor of the evil Galactic Empire.

Galaxy's Edge is also the first land within a Disney park designed to integrate with the app.

It can help translate Star Wars languages and scan crates to discover contents within them and even be used to interact with droids, media screens, door panels and drinking fountains. 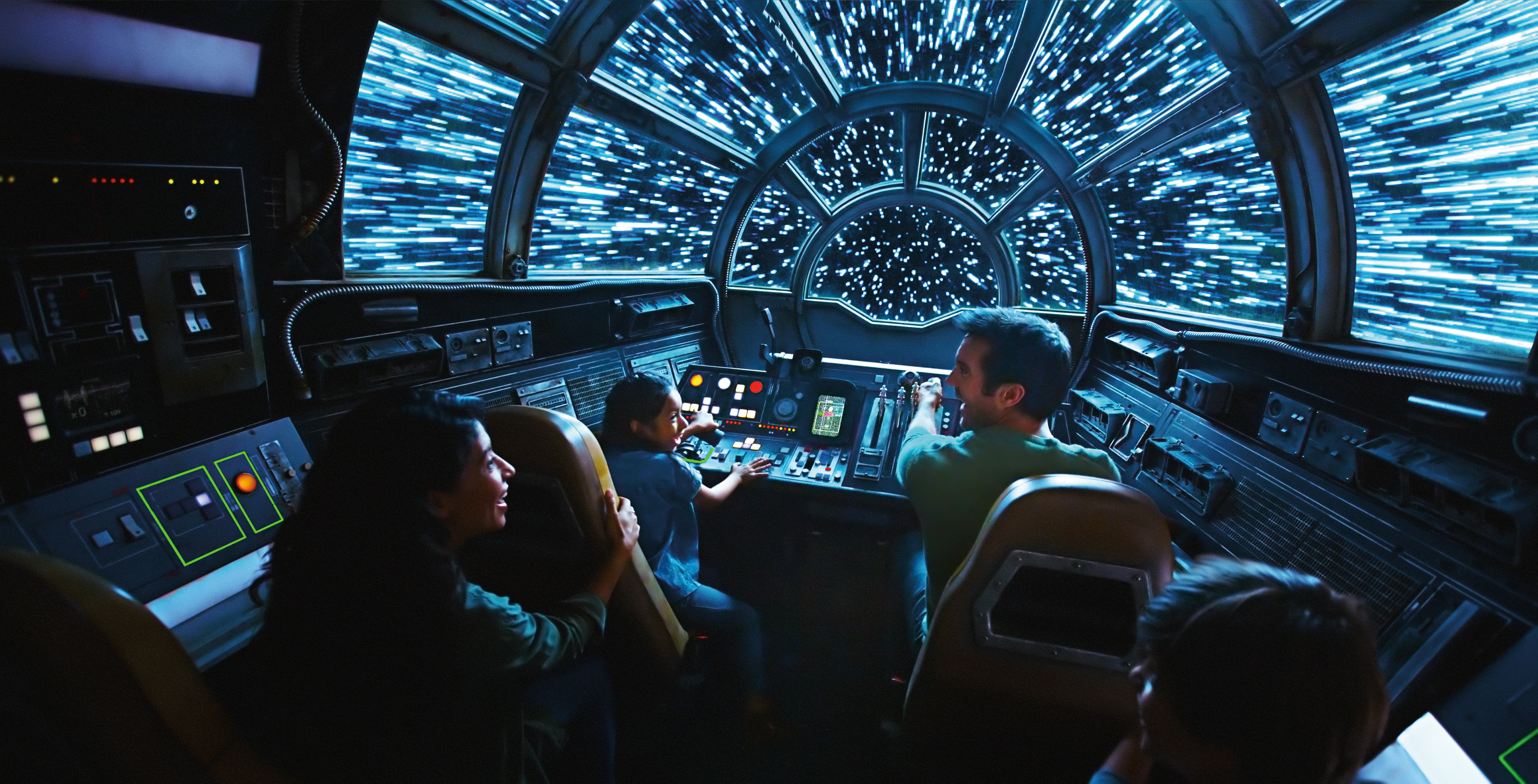 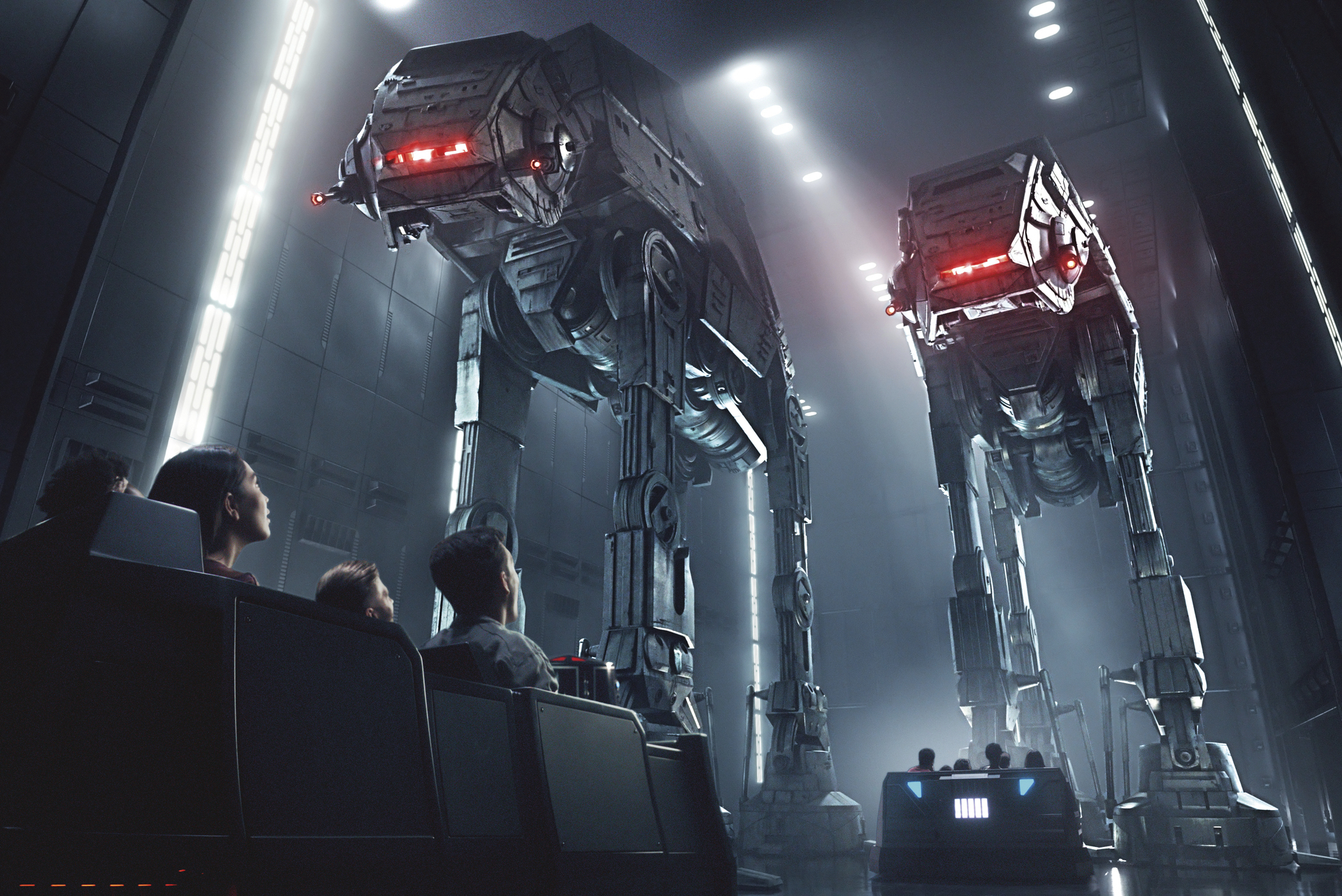 Disney have also revealed new information about the two rides – Millennium Falcon: Smugglers Run and Rise of the Resistance, as well.

On Millennium Falcon: Smugglers Run, the spaceship is the exact replica of the ship from the films, measuring more than 100 feet long.

Inside the cockpit, a team of six people can operate the spacecraft during an interactive experience that, just like the movies, will get a little bumpy.

Modelled on an encounter with First Order fighters, the ride puts guests in the role of pilots, gunners or flight engineers to ensure their mission is completed. 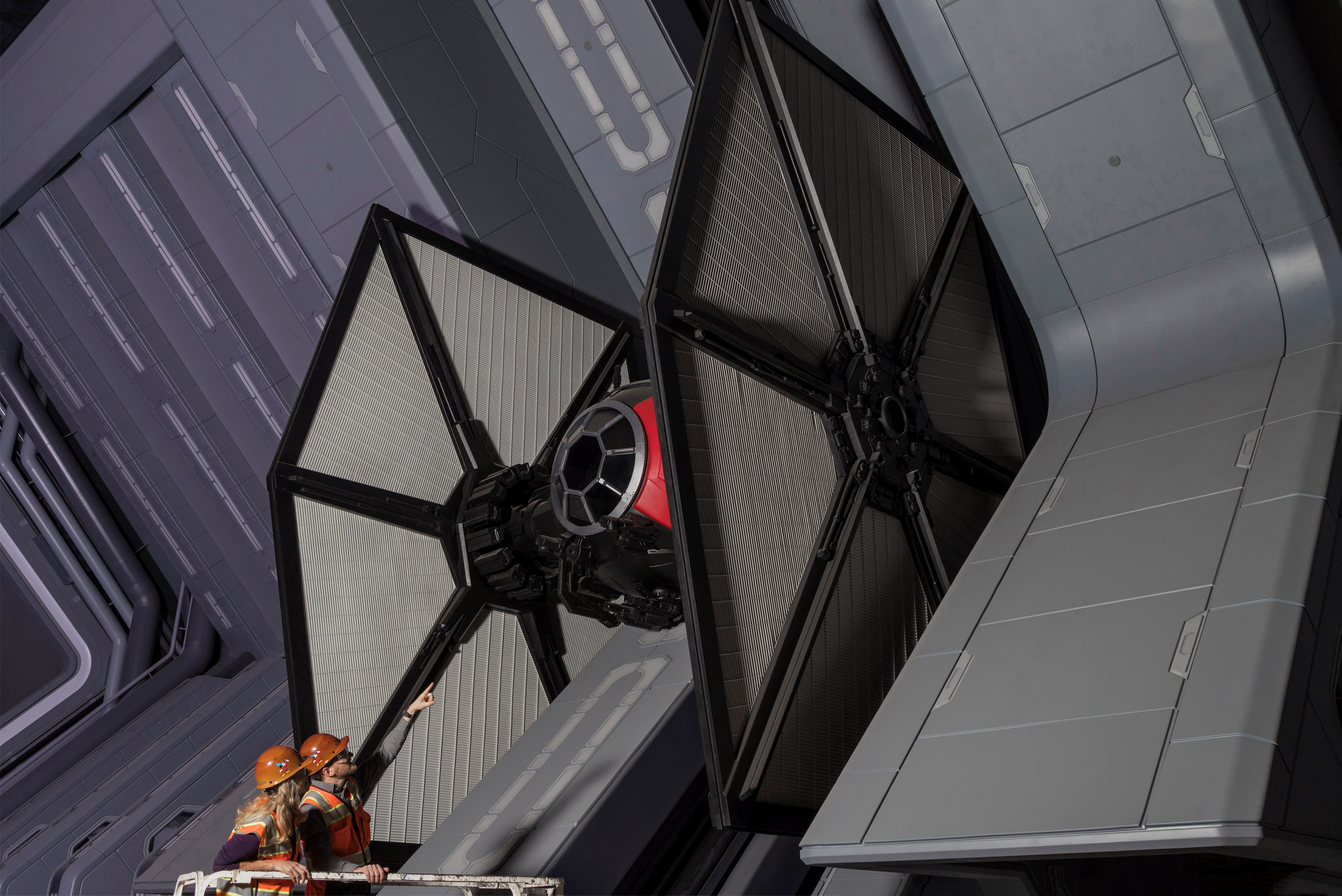 On Rise of the Resistance, guests play as new Resistance recruits and go on a journey on a full-size starship.

A hologram image of Rey will appear with a message before guests board their ship that takes off from Batuu. It will then head into the orbit, only to be intercepted by a nearby Star Destroyer.

This sets up a climactic battle against military members of the First Order, who will probably give you a piece of their mind.

Executive creative director at Walt Disney Imagineering, John Larena said "They'll bark at you. They might say 'Move along, move along. You're going into detention.'"

Resistance guests will be thrown into a detention cell where they could run up against Kylo Ren, before having to figure out an escape.

Entry is included with a park ticket, but guests will pay an additional cost to create their own weapons and droids.

Guests could be forced to wait up to six hours to go on the Millennium Falcon ride, Sun Online Travel previously reported, although guests can use their FastPass to skip the queues.

Disney World families can even rent a Millennium Falcon buggy for their children to push them around the park.