Our columnist, Jada Yuan, is visiting each destination on our 52 Places to Go in 2018 list. This dispatch brings her to two places: Rotorua, New Zealand, which took the No. 45 spot on the list; and Fiji, which took the No. 24 spot. They are the 44th and 45th stops on Jada’s itinerary.

The Maori fashion designer Adrienne Whitewood had good reason for being a bit harried when I rang her up while visiting Rotorua on New Zealand’s North Island. “You know Meghan Markle? She’s coming here on Wednesday,” she said, her voice shaking with anticipation.

The Duchess of Sussex and her husband, Prince Harry, were touring Australia and New Zealand the same three weeks that I was. And Adrienne was designing a dress for a friend who would be sitting beside the duchess as the Maori interpreter at her Rotorua powhiri, or welcome ceremony.

I met Adrienne through a happy accident of travel: I’d befriended her cousin in the Melbourne airport. Adrienne isn’t a big-name designer, but she saw an opportunity. In videos that had circulated the globe, I watched her friend, wearing one of Adrienne’s striking, patterned purple wraps, tie a traditional korowai, or woven cloak, over Ms. Markle’s Stella McCartney dress. Adrienne had dressed a singer and a flower girl who greeted the royal couple, too. “It was so exciting,” she wrote in a text message. “It looked so awesome.”

“For me, the irony of it is that the monarchy, if you look back through history, has colonized New Zealand,” Adrienne said over coffee near her boutique, Ahu, “and now they’re promoting Maori culture and indigenous people.”

Some iwi, or tribes, are still in the process of confronting the crown over historical grievances concerning violations of the 1840 Treaty of Waitangi, as part of a decades-long reconciliation effort. Meghan and Harry coming to town to press noses and foreheads in the traditional Maori familial greeting, or to give a speech in Maori, as Harry did, was, as Adrienne put it, “a really big deal for us.”

You don’t have to be a royal to experience a dramatic entrance to Rotorua, though. Simply driving there from Auckland, past sheep and cows walking across grassy hills as if defying gravity, felt like being in “The Lord of the Rings.” Essentially, you are. An hour before you get to Rotorua, you can pull off and take a tour of the Shire on the Hobbiton Movie Set on a former farm — touristy but beyond worth it if you’re a fan.

You will also smell Rotorua before you get there; that’s how strong the geothermal sulfur is. But this city thrives, and is a center of New Zealand’s Maori culture, precisely because of its abundant geothermal activity. Magma is so unusually close to the surface here that pools of mud bubble like caldrons, and street drains emit steam. (Hell’s Gate, Rotorua’s most active geothermal park and spa, is where the Orcs emerged for battle from primordial ooze.) The valley’s warmth, and the large lake from which the city gets its name, were what drew its first Maori settlers from the Te Arawa tribe in the 14th century. In the living Maori village of Te Whakarewarewa, next to the Maori arts and crafts school of Te Puia, people still heat their homes with steam and cook in geothermal pools.

Rotorua’s abundant outdoor activities harken to Maori deep appreciation of nature. A walk along the suspended bridges of Redwoods Treewalk (another Harry and Meghan stop) and zip-lining with Rotorua Canopy Tours involved talks of conservancy and how the companies have worked with the traditional Maori landowners to do as little damage to the land as possible.

I felt most in tune with the earth during a Maori food tour with a chef named Charles Royal and his wife, Tania. They run a business supplying indigenous ingredients to restaurants and events around the world. In the bush behind their house, Charles said a prayer in Maori, then we picked fiddlehead fern, or pikopiko, and a peppery leaf know as horopito. Afterward, they served a small feast in the woods.

Neither Charles nor Tania are fluent in Maori; they come from a generation where the Maori were physically punished for speaking their language. “Growing up, we saw that there was a disadvantage for us when we were at Maori gatherings,” Tania said, “because all of the older people would be speaking Maori and laughing and having fun and we’d be like, ‘What are they talking about?’”

They sent their children to Maori immersion school, because they believe that if you save the language and food traditions, you save your culture. Unfortunately, they still wind up feeling left out at gatherings. “Now our kids are sitting with the old, old people, laughing and talking Maori,” Tania said. “And we still don’t know what they’re saying.”

“A least we broke the cycle,” Charles said. “It’s the best thing we ever did.” 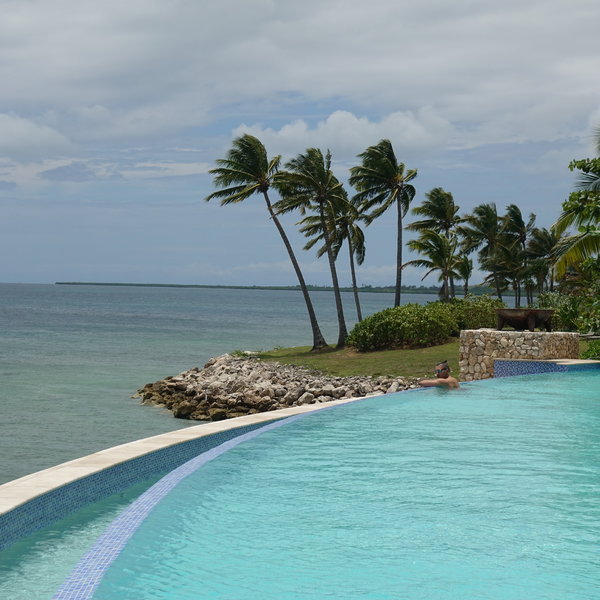 The long way to paradise

Getting to Fiji from New Zealand should have been an easy trip. The island paradise is less than a three-hour flight away.

But by the time I left Rotorua, after grabbing coffee with Adrienne and trying to track down another site where Harry and Meghan were headed, I was an hour behind. I would have made it if I’d had perfect traffic conditions. But there was a downpour, and construction, and many double-tractor-trailers on a two-lane highway. Any leeway I had slipped away.

Once in Auckland, I sat in the Alamo rental car office for two hours, rebooking my flight and finding a place to stay overnight near the airport. I had to forfeit my cheap Fiji Airways ticket because the only flight the next day was sold out. A nice woman working at the rental car counter drove me to my hotel.

Then I nearly missed my new flight waiting at my hotel to print out an emergency write-in ballot I was trying to send back to the states for the midterm elections. I found out 10 minutes before check-in closed that Air New Zealand wouldn’t let me on the plane unless I also had a ticket out of Fiji. I booked it on my phone while waiting in line with one minute to go. The sequence of events had me so frazzled that I lost (and found) my passport at security. And then when I got onboard, the pilot announced that he had to come up with a new flight plan because an ash cloud had erupted over Fiji.

Over the course of this 52 Places journey, though, I’ve learned to embrace mishaps in travel as part of the experience. In Seville, I purposefully slept through a bus ride I’d booked because I needed to recover from a cold. Heading to Bolzano, Italy, I overslept on an overnight bus and wound up in Austria. This was my first missed flight in 10 months, which isn’t a bad average. With each new mishap, though, I feel calmer, more confident that I could handle myself in a real crisis.

As I craned my head from my middle seat in the middle of the plane to look at the blue waters below, I could feel my stress levels drop. After we landed, a group of guitarists played Fijian tunes for us in the passport line. My rental car took me to a roadside oasis in the city of Nadi: Sweet Laisa’s Kitchen, where I had a kind of ceviche in coconut juice, known as kokoda, for 15 Fijian dollars (around $7). After all the effort it had taken to get there, it tasted extra delicious. 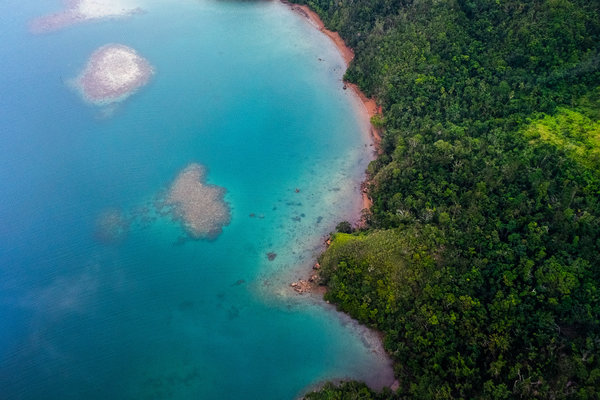 The journey to my hotel, the one-year-old Fiji Marriott Resort Momi Bay, took me down twisting roads without a single car in sight. Cresting one hill, I gasped as I caught a glimpse of the ocean, gleaming, for the first time since I’d been in the air.

Then, while pulling into the driveway, a horse — a magnificent horse — ran across my path, from one banana grove to the other, so fast I almost thought it was an illusion. At check-in, I could see a row of thatched-roof bungalows standing on stilts in the middle of a lagoon. Another set of singers greeted me in song. “Bula!” they shouted. “Welcome home!”

22 and 23: Bristol, England, and Glasgow, Scotland

24 and 25: Tallinn, Estonia, and Vilnius, Lithuania

37 and 38: Emilia-Romagna and Basilicata

Next dispatch: More on Fiji

Jada Yuan is the 52 Places Traveler. She spent over a decade at New York Magazine and its websites as a contributing editor and culture features writer. Her cover stories and features have appeared in Cosmopolitan, Vogue, Elle, Glamour and Bloomberg Businessweek. @jadabird