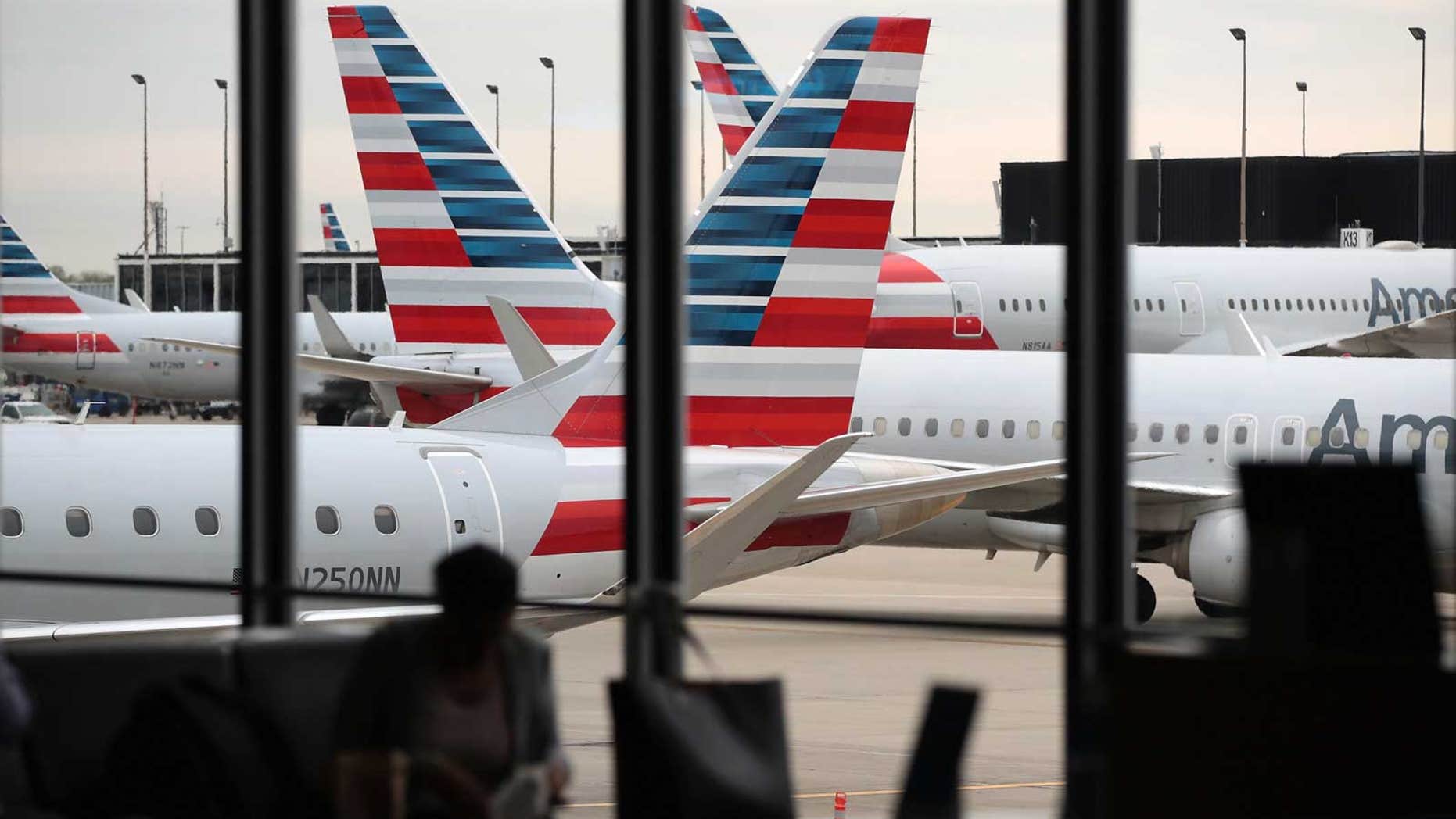 The flight (not pictured) reportedly “experienced a roll during takeoff and hit a runway distance marker with the left wingtip,” the NTSB wrote in a tweet.
(iStock)

The National Transportation Safety Board is investigating an April 10 incident that forced an American Airlines flight to turn around after striking a foreign object during departure last week.

Last Wednesday, American Airlines Flight 300 departed at New York’s John F. Kennedy International Airport at 8:40 p.m. The Los Angeles-bound flight reportedly struck an object during takeoff and was forced to turn around and return to JFK, where it landed at 9:09 p.m.

The flight reportedly “experienced a roll during takeoff and hit a runway distance marker with the left wingtip,” the NTSB wrote in a tweet.

Based on initial reports, the aircraft hit the object and then turned around and landed safely.

"On April 10, American Airlines flight 300 from New York (JFK) to Los Angeles (LAX) returned to JFK after the aircraft struck an object upon departure. The flight which took off at 8:40 p.m. ET, landed safely at JFK at 9:09 p.m. ET, and taxied to the gate. There were 102 passengers and 8 crew members on the Airbus A321 aircraft, and no injuries were reported. We are fully cooperating with the National Transportation Safety Board in its investigation of flight 300,” a spokesperson for American Airlines said in a statement to Fox News.

However, a newly released report claims the flight may have “nearly crashed,” according to a source who spoke to CBS.

"That was as close as anybody would ever want to come to crashing,” the source reportedly said.

Those familiar with the investigation described the scene to CBS, noting the pilot experienced a “loss of control” on takeoff.

Immediately after the incident, a passenger shared a since-deleted photo on Twitter, saying there was a “big chunk out of the wing.”

The investigation is ongoing.