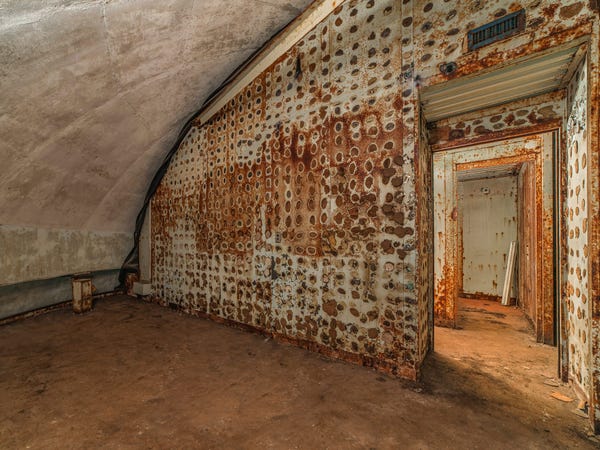 During the Cold War, the United States went into defense mode.

As a result, the government built underground shelters to house defensive missiles and to provide a place of protection in the event of a nuclear incident. Five decades later, some of these bunkers still exist but are completely empty. With their crumbling walls, peeling paint, and rusted railings, these abandoned bunkers remain as a symbol of the Cold War.

Keep reading to take a look inside abandoned bunkers across the US.

In the basement of a school in Washington, DC, there is an abandoned bunker that was once used as a fallout shelter. 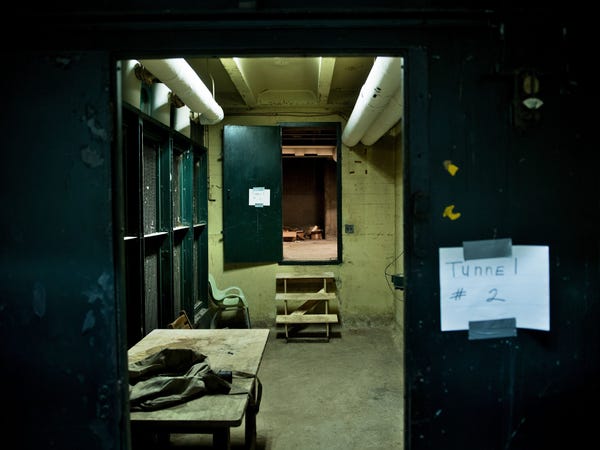 In 1961, President John F. Kennedy sent out a letter to American citizens warning them about the threat of nuclear war. His solution: fallout shelters.

"We owe that kind of insurance to our families and to our country," his letter read. "The time to start is now. In the coming months, I hope to let every citizen know what steps he can take without delay to protect his family in case of attack. I know you would not want to do less."

Congress allocated $169 million to find locations in public and private buildings that would protect communities from nuclear attacks. One of these shelters was built under Oyster-Adams school in Washington, DC. After the Cold War, it remained untouched for decades.

In the basement, three steps lead to a green door. Behind the door, you will find the fallout shelter.

The fallout shelter, which dates back to the '60s, is a long, narrow room that is now completely abandoned. 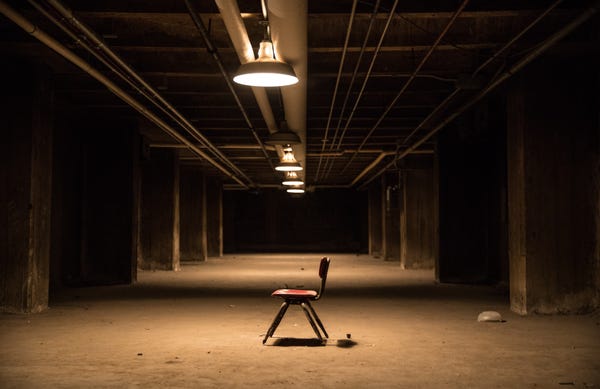 The Cold War lasted 45 years, but the fear of nuclear attack peaked during the '50s and '60s.

On one wall, there are still boxes of survival supplies and tanks of water. 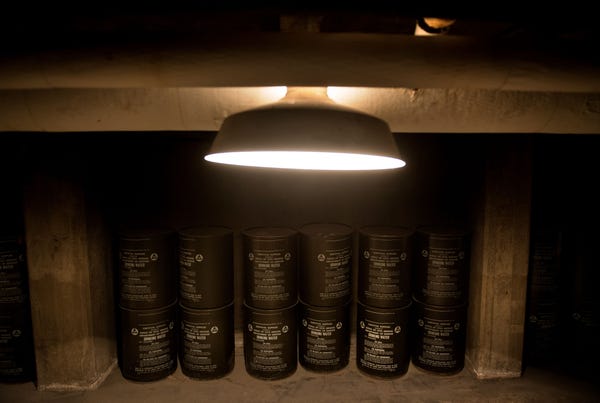 The bunker was designed to serve 100 people for two weeks, which was believed to be enough time to wait out the fallout, in the case of a nuclear attack.

The bunker also has the original sanitation kits, which were meant to be used as toilets. 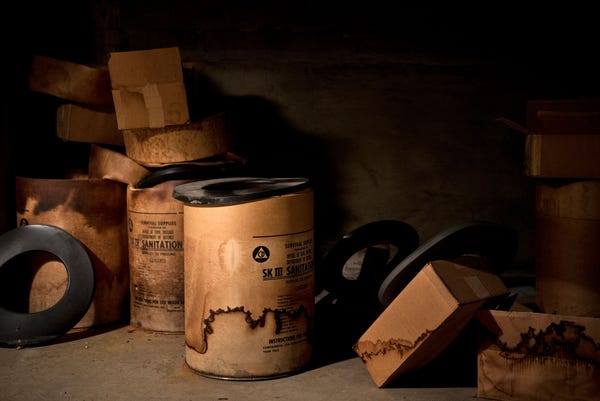 A rubber seat was affixed to the top of the container to make it a more comfortable experience.

Today, these items and the rest of the bunker still stand under the school as a reminder of the Cold War era. 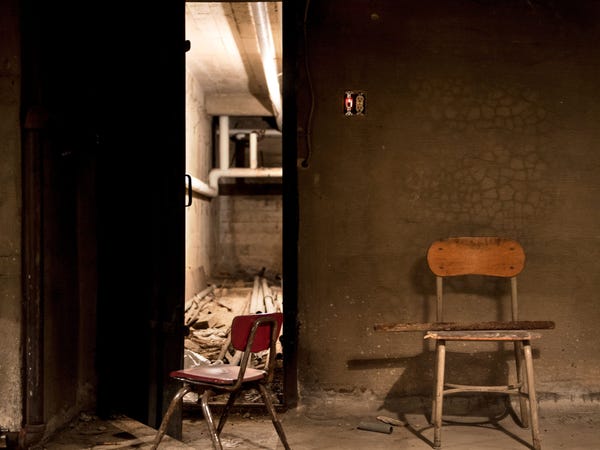 A bunker in North Dakota that once held Cold War missiles is now abandoned and up for sale. 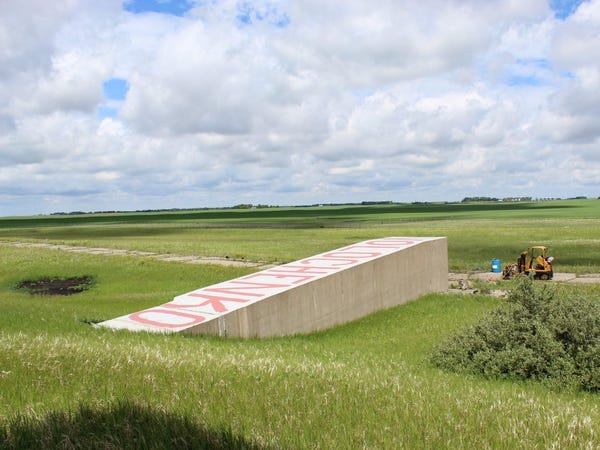 The bunker was decommissioned in the 1970s, and it now lies abandoned on a 50-acre prairie in Fairdale, North Dakota.

The bunker covers 11,000 square feet underground and is officially known as the Remote Sprint Launcher 4. 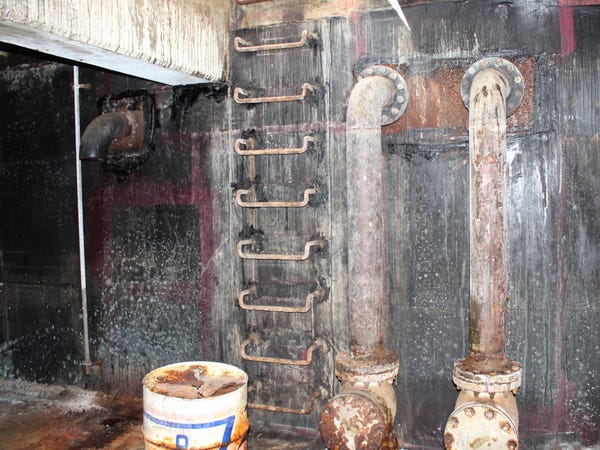 In this bunker, the US government kept missiles, which were ready to launch at a moment's notice. The bunker was built to act as a defense against incoming missiles.

The walls of the bunker are 2 feet thick, but water has seeped into the underground space over the years and damaged most of the interior. 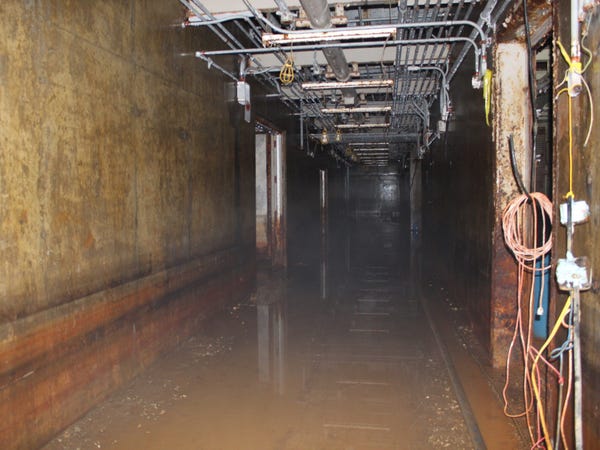 "They're intact, but they show signs of abandonment," property manager David Keller told Military Times about the surrounding buildings. "They're rusty and in need of repair."

Remnants of the bunker's history still remain today, like the 14 missile launch tubes. 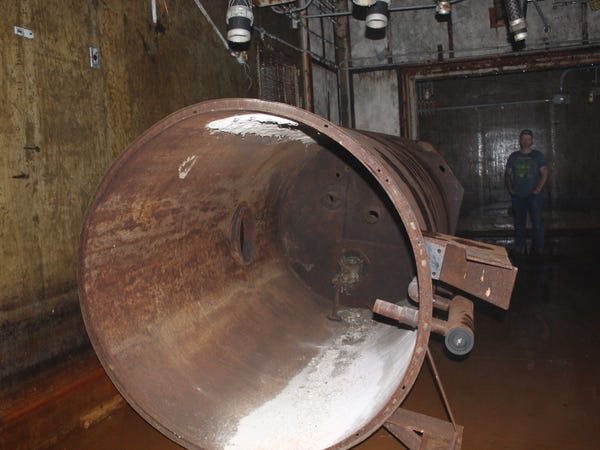 The missiles that were held in this bunker were 30 feet long, weighed 7,700 pounds, and could travel 7,000 miles per hour.

The bunker went up for auction in August 2020 and was advertised as the perfect doomsday bunker for social distancing. 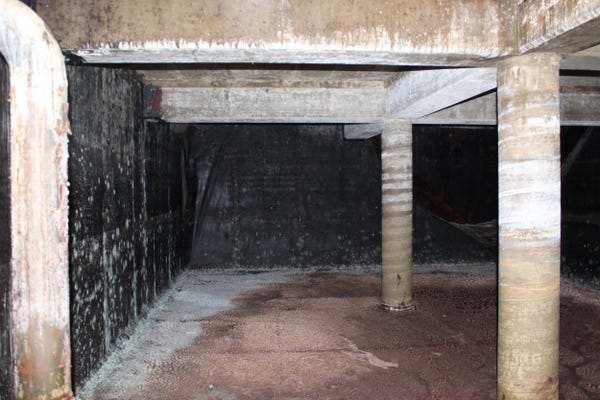 After 70 bidders, the final price was $52,500, but the seller did not accept the offer, according to Business Insider.

An underground missile silo that was built in 1962 is now abandoned in Arizona. 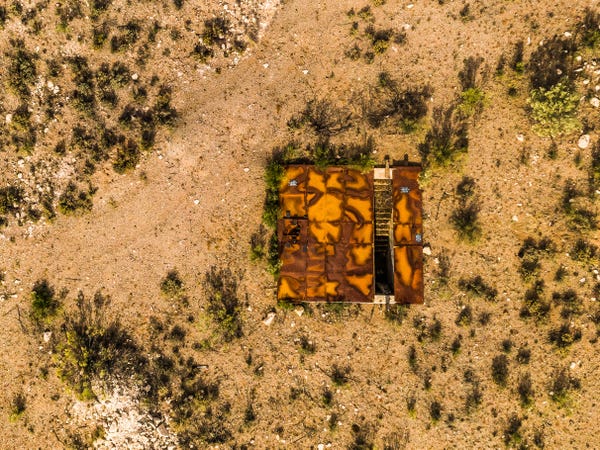 Just outside of Tucson in the middle of the Arizona desert, you will find the entrance to this bunker through a camouflaged doorway on the ground.

The entrance to the bunker still stands today, giving access to the dilapidated command center and decontamination area. 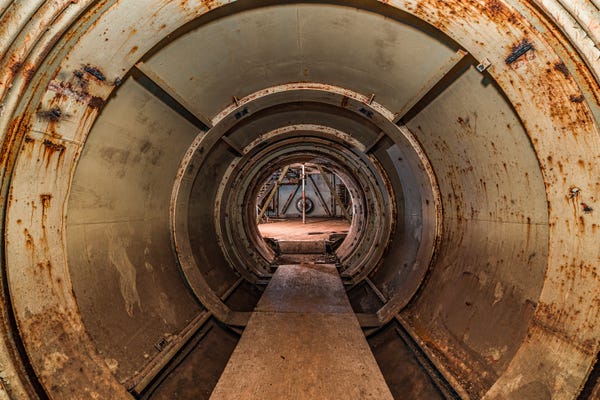 Before the entire complex was decommissioned in 1982, the underground bunker held the country's largest land missile for 24 years. Known as Titan II, the missile was never used.

The durable blast doors are also still standing, but they are rusted. 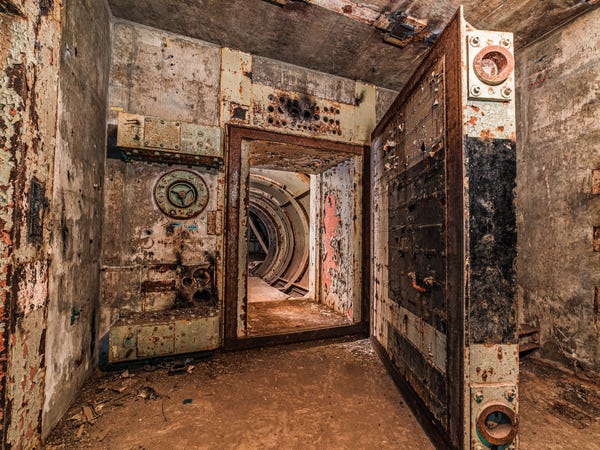 Since the three doors are built to withstand shockwaves, they each weigh 7,000 pounds.

The control room is one of the best-preserved spaces in this bunker. 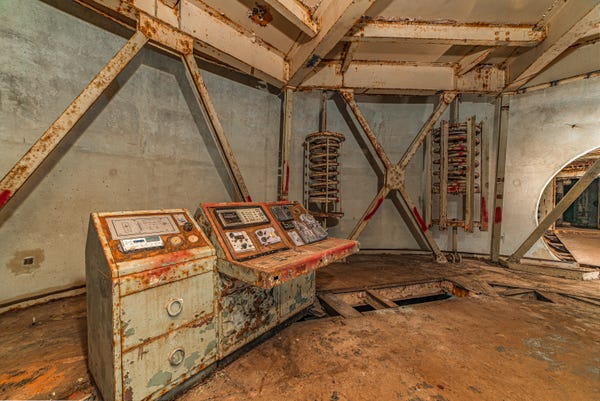 The peeling walls, rusted infrastructure, and damaged floors only hint at this bunker's historic past.

In 2019, the property was put on the market and sold along with the 13 acres that surround it. 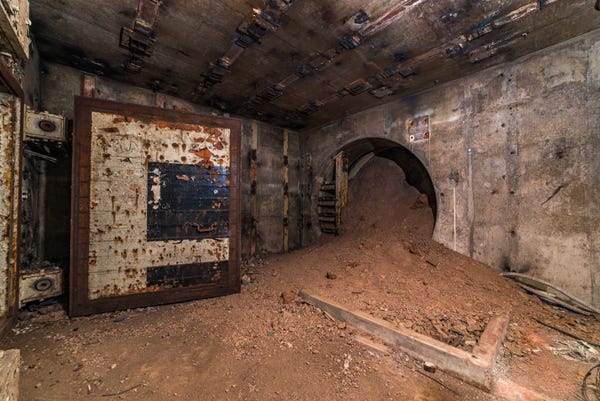 Another bunker in Arizona used to hold a Titan II missile and is now abandoned. 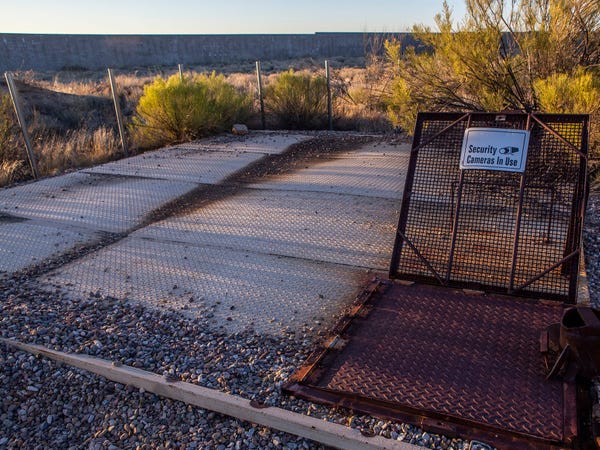 This bunker in Oracle, Arizona, was built in 1962 and also blends in with its desert surroundings.

The missile silo is considered one of the best-preserved missile silos in the US, according to Business Insider. 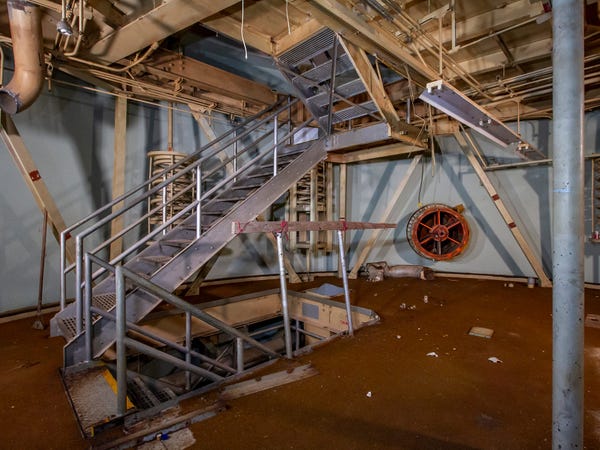 Despite being decommissioned in 1984 and remaining abandoned for decades, the structure is surprisingly well preserved.

Even the signs listing the bunker's rules can be read decades later. 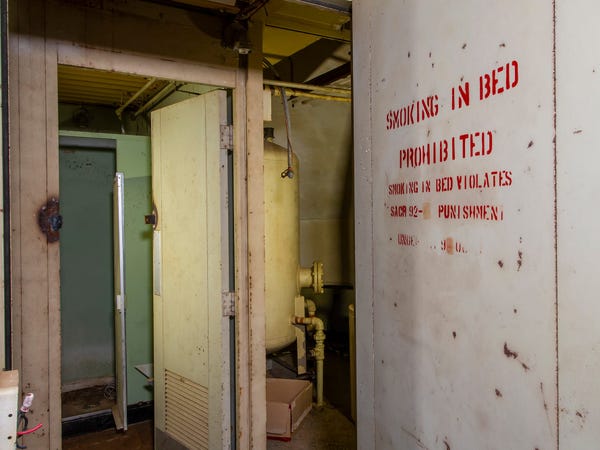 The sign on the door reads, "Smoking in bed prohibited."

Although abandoned, the bunker is still hooked up to the city's water supply. 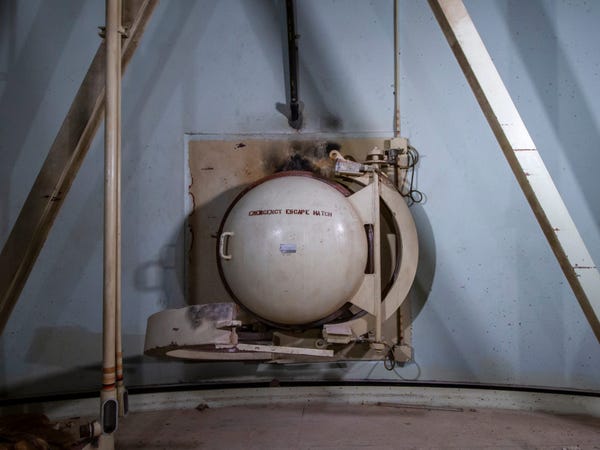 Even though it was left neglected for decades, the well-preserved bunker remained connected.

This year, the bunker and its complex — which are known as Titan II 570-1 — went up for sale and sold. 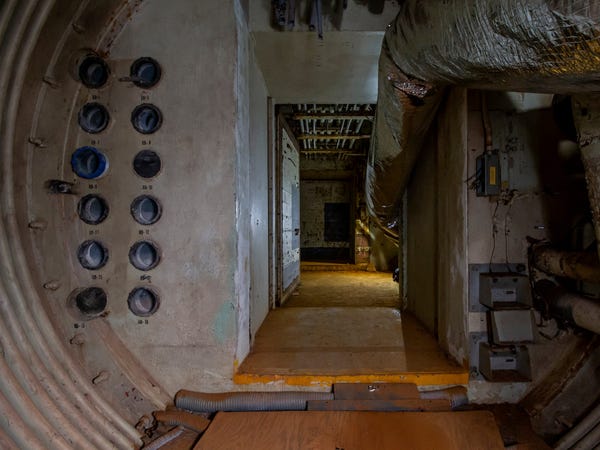 The bunker sold for $500,000, according to Business Insider.