Until I moved to Canberra just over a year ago, a grown-up and a young professional, I’d never even had a sleepover at a friend’s place.

I’d never stayed up late in PJs at a girlfriend’s home, binging on junk food, watching scary movies. No chance.

During my uni years, if there was a party somewhere else in Sydney, Mum was constantly calling or messaging me two or three times a night to ask what I was doing and when I’d be coming home. 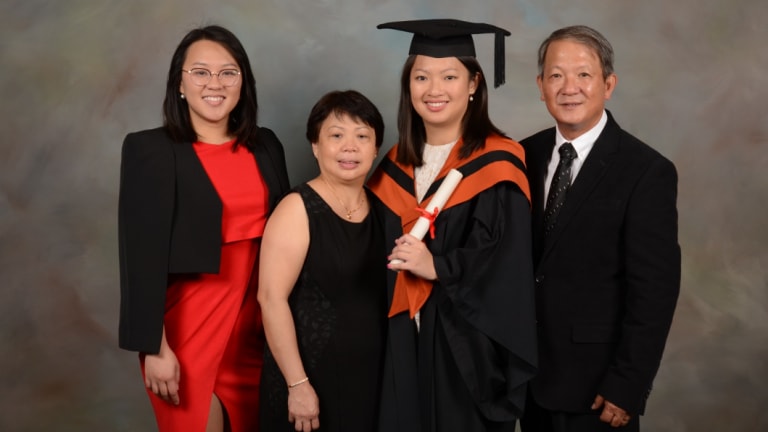 The Nguyen family. Fairfax reporter Han Nguyen, third left, with her sister Duyen, mum Chi and dad Sang at her graduation in May.

I’d have to use the excuse of there not being enough trains so I could extend my midnight curfew till 1am or 2am.

Then Mum or Dad would be waiting at the train station to drive me home – a trip I’d usually spend on the receiving end of a lecture about staying out too late. That is strict parenting by anyone’s standards. And I’d be lying if I said I hadn’t wished plenty of times to have parents like other people I know, you know more normal ones. 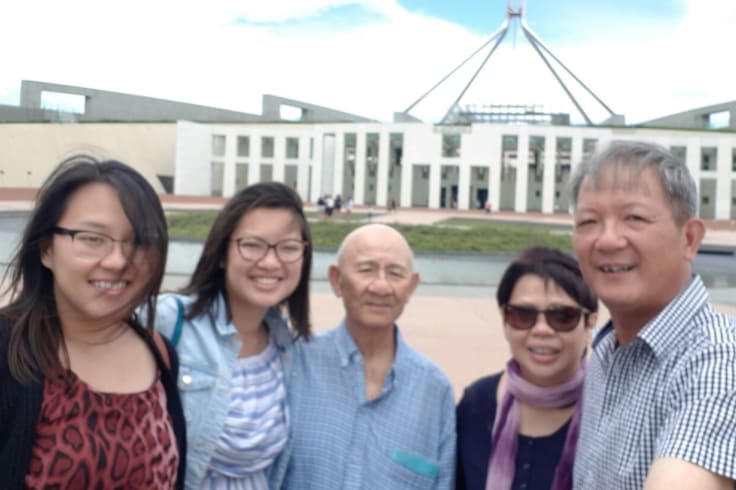 When I landed my first job at The Canberra Times, it was a big deal to tell my strict, Catholic, Vietnamese-migrant parents. They didn’t know whether to be happy their daughter had landed a full-time job before finishing university or upset I wanted to move out of home so young. I was 21 at the time.

They asked me to reconsider taking the job, even though I really wanted it. We argued and didn’t speak to each other for about a week. There were a lot of tears.

It wasn’t until dad turned to grandpa for advice that things settled. Grandpa told him to let me go, so Dad let me go.

My first reaction when I moved out was freedom. My own place, no curfew. For the first time in my life I could feel and act like an adult – and I could eat whatever I wanted. Mum never made pasta, something that I love.

But it wasn’t till I was on my own I realised how good I had it. Mum used to cook (made sure I had lunch so I didn’t have to spend money and could save) and clean for me, Dad did my washing and ironed my clothes. I didn't have to pay board or bills.

That’s the thing about strict and overbearing parenting. It’s often infused with so much love and concern (and perks), that children can spend half their lives wanting to escape it but then find themselves missing it when they’re free.

I know a lot of children of migrants or first generation Australians will relate to this. Like me they’ve always had to put up with the questions, "Why are your parents so strict?" or "Why can’t you go to sleepovers or stay out late?". They’ve had well meaning but generally unhelpful advice offered to them: "You’re an adult now, so you can do whatever you want". Yeah, not really.

If this kind of strict parenting is hard for you to understand, it’s maybe helpful to think about where parents like mine have come from.

In many cases Asian migrant parents are blue-collar workers who’ve fled their war-torn homes or just wanted a better future for themselves and kids. Dad was a boat person and left Vietnam in the 1970s when he was in his teens. Mum came to Australia when she was in her 20s via sponsorship.

My parents met when they worked as factory workers. They got married, had my sister and I, and opened a bakery. After a number of years, the 3am starts took a toll so they sold the shop and Dad trained to be a bus driver and Mum found work as a factory worker packing chocolates.

My parents have fought hard to make sure my sister and I could have a good life. They never let their limited English get in the way of them getting a job or let any racism they encountered set them back.

The older I get, the more I appreciate all this, and the more I understand how high the stakes were to them in a country that presents so much opportunity but is so different to their old one.

While there were times growing up I hated the way they controlled what I did – and times I still do – moving to Canberra has really made me appreciate that I wouldn’t be where I am today without them. Who knows, maybe I needed a tighter rein on me. Deep down I think I’m a wild child at heart, so maybe I’d have gone off the rails under more typically "Aussie’" parenting.

I think that’s why, hard as it can be to talk to my parents about some things, I’m now ready to express my gratitude. To say thanks to them for working so hard to give me and my sister the best upbringing they could, for working overtime most days so you could take us out or to afford the Bratz dolls I really wanted when I was younger.

To thank them for pushing me to achieve my best, even though I’d push back. For supporting me when I made the decision to quit my casual retail job to do free internships for a year while I studied.

For giving me a roof over my head and in return only really asking that I be home in time for dinner.