Your New Year’s resolution to drink less coffee just got a little bit harder. On Thursday, Starbucks announced that they’re expanding delivery in the U.S. Soon, a whole lot more people will be able to get their Vanilla Lattes with an extra shot of espresso, almond milk, and no whipped cream (or whatever other complicated or non-complicated order) without actually leaving their homes.

The news was revealed as part of Starbucks Investor Day. In early 2019, Starbucks will begin offering delivery service for a quarter of its U.S. stores. According to Business Insider, Starbucks has over 14,000 locations in the U.S., so that’s a lot of locations offering delivery. Starbucks notes that this change comes after success with trying delivery in Tokyo and Miami with the orders delivered by Uber Eats.

Miami.com reported on the service beginning in September and said that 112 South Florida stores were participating. The site also reported a $2.49 booking fee on Uber Eats when the reporter looked up the service themselves. Uber Eats’ booking fee varies by location, but it’s clear that getting Starbucks delivered is significantly more expensive than picking it up yourself, and not just because of tipping. 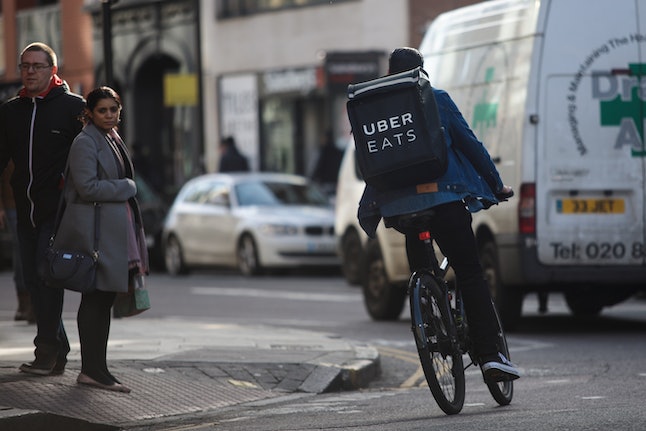 Starbucks previously tested out delivery in 2015, including a delivery service only available in the Empire State Building where the Starbucks location on the ground floor delivered to the people working in the building. With this trial, Starbucks was keeping the service in-house and calling it Green Apron Delivery.

The Empire State Building service came in October 2015, and two months later, Starbucks tried out delivery in Seattle, this time with Postmates, as reported by GeekWire. With this trial, customers had to order via the Starbucks app. The service got orders delivered within an hour, but had a hefty delivery fee of $5.99. As GeekWire pointed out, this service made more sense for offices that needed to order a large amount of drinks; although even still, there was a maximum order of eight items at a time.

Those in need of coffee (or tea or that unicorn thing) can still order Starbucks through Postmates in a ton of U.S. cities, it’s just not part of an official partnership. Postmates also uses a delivery fee. When Miami.com compared prices between it and Uber Eats, it found that the delivery fee was going to be $6, like with the Seattle Postmates test. Like Uber Eats, the Postmates fee can vary. 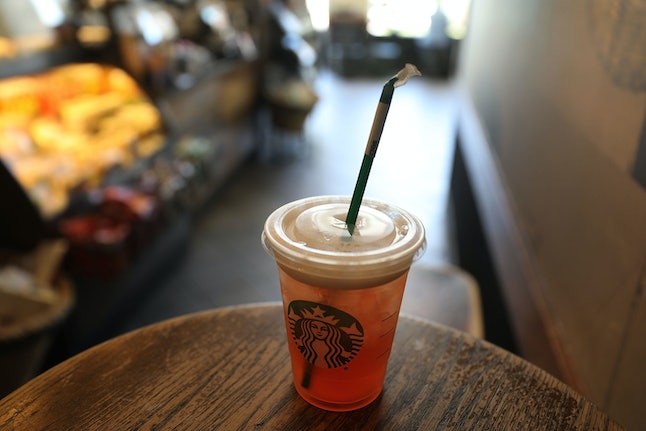 In addition to revealing the new plans to expand delivery in the U.S., Starbucks explained that they’ve already had success with delivery in China. Unlike the delivery in Tokyo and Miami, in China the orders are delivered through the service Ele.me. The company explains that since starting delivery in China three months ago, it now is available from 2,000 locations in 30 Chinese cities.

If you want to try getting your Starbucks delivered — and likely with a lower fee than you would have with Postmates — keep your eyes out for whether the service comes to your city in the next few months.