The budget supermarket is selling the turkey, bacon and cranberry rolls in packs of three (or 314g) for £2, or you can currently pick up two packs for £3. 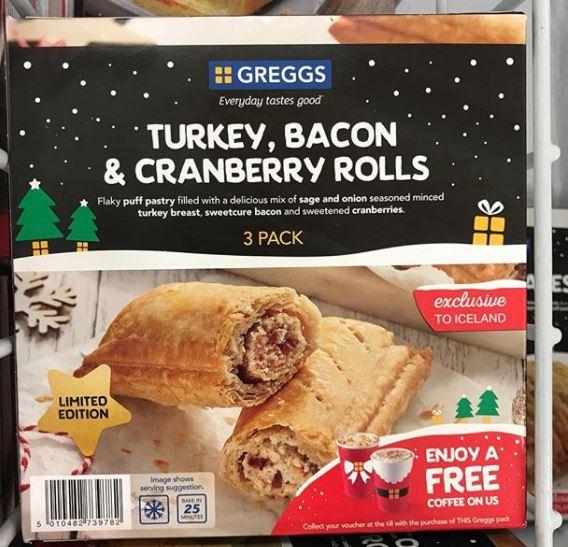 Meanwhile, Greggs is selling the festive rolls weighing 101.8g each for £1.

In other words, if you're really craving the flavours of Christmas, you can pick up six rolls at Iceland for the same price as three at Greggs.

But we don't know how long the offer is going to be available for, so we'd advise you to head to the stores as soon as possible if you don't want to risk missing out.

The rolls can currently be found in Iceland stores only, as spotted by Instagram account Kev's snack reviews, but they'll also become available online on December 3.

As expected, the rolls contain quite a high amount of calories at 301 calories for one at Greggs.

Iceland hasn't clarified how many calories their frozen treats contain, but we'd expect it to be very similar.

If you're a Greggs fan, you'll also be delighted to hear that the bakery chain revealed news of its Christmas menu a whole month ago.

Apart from turkey, bacon and cranberry rolls, this year's menu include festive bakes, pigs in blanket baguette as well as a cheese and chutney toasty.

But the chain has also quietly axed two of its Christmas menu items from last year – and some fans won't be happy.

If you're not bothered to leave your home to still your Greggs cravings, the bakery chains has started rolling out a home delivery service.

Or if you're vegan, the bakery chain is also testing sausage rolls free of animal products as part of a massive pastry shake up.