Would your little adventurers eat boiled tongue and fish paste? Those are just two of the not-so tempting treats in a new book of Famous Five recipes… so we asked tiny terrors to try them

They chased down smugglers and spies — but these unlikely antics are not the only difference between the Famous Five and children today.

Unlike our digitally savvy youth, Enid Blyton’s plucky band spent hours outdoors without parents interfering, had no fancy technology and did not care about their appearance.

And the food they ate was plain, treats homemade and convenience food non-existent. Not that siblings Julian, Dick and Anne, their cousin George and Timmy the dog ever went hungry — each story is punctuated with celebratory feasts.

Today, they’re remembered almost as much for their innocent joy over wholesome picnics as for their adventures, published yearly between 1942 and 1963. 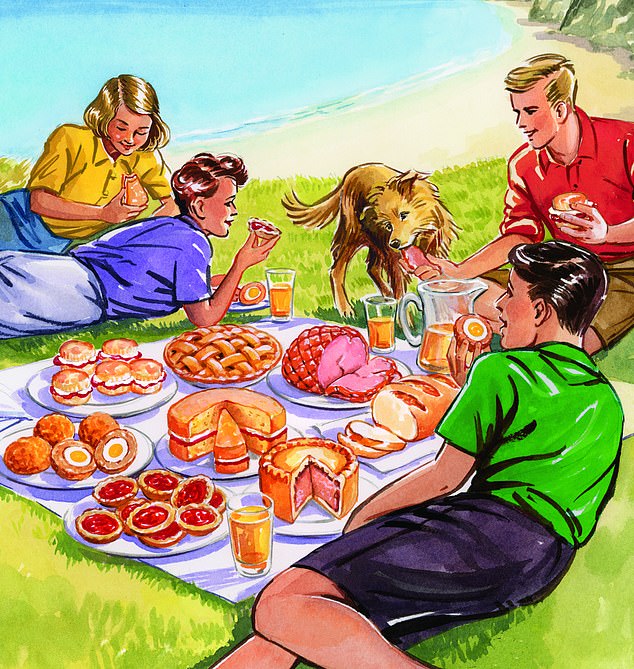 Back then bananas were an exotic luxury and sugar rationing, which ended only in 1953, limited consumption to about 32g a day (the average child now eats nearly double this, at 61g). Processed food was rare and home-grown fruit and vegetables were available in abundance. Little wonder childhood obesity had yet to become a national crisis.

The dramatic shift in our eating habits is highlighted in a new recipe book, Five Go Feasting, crammed with recipes from the stories.

But how would modern children react to dishes once considered rare treats? And how easy would they be for a busy working mother to make?

I went back in time by cooking a selection of recipes — to see if my daughter Rosie, eight, and son Felix, six, would actually eat any of them… 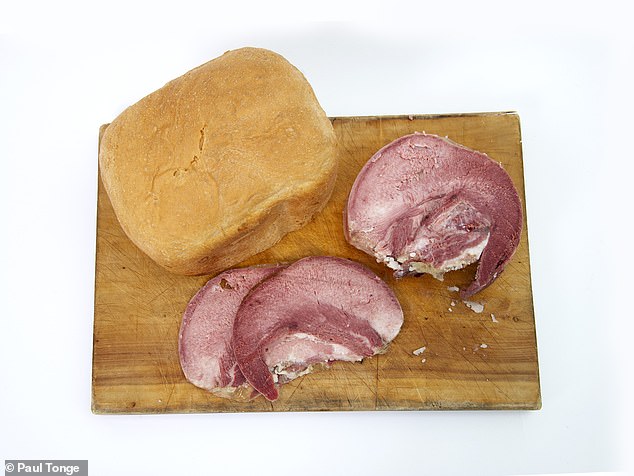 Once a pantry staple, tongue — on thickly buttered white bread — appears in three Famous Five books. Now so unfashionable my supermarket doesn’t even stock it, I order ox tongue from a butcher online.

Too squeamish to open the box when it arrives, I call my mum, who plonks the unappealing meat into a pan and leaves it to boil for three hours.

‘Oooh ham!’ says Felix, when I serve the result with a healthy side order of deception. He wolfs it down, but Rosie’s not convinced. ‘It’s spicy and tough,’ she says, and when I confess they’re eating cow’s tongue, their verdict is: ‘Gross!’ 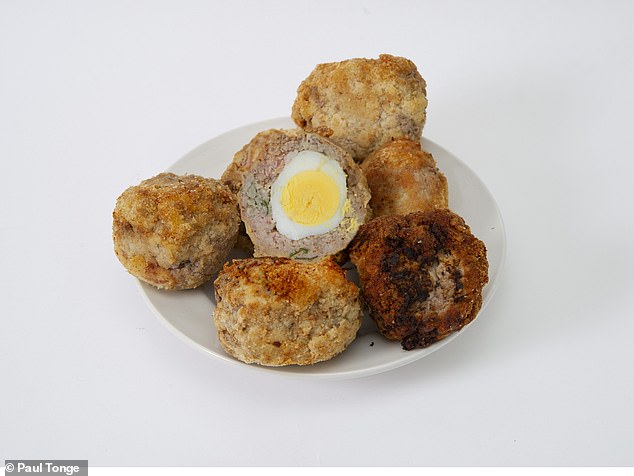 For the Five, hard-boiled eggs were the equivalent of crisps; they get very excited about egg salad. Blyton may have been using creative licence, as eggs were rationed to one per adult a week until 1954.

I wrap mine in minced pork before coating in egg yolk for my breadcrumbs to stick to. It is a painstaking process — and as I put the first ball into the frying pan, it falls apart.

After three hours’ work I have a batch of presentable Scotch eggs — and I’m nearly in tears. But both children are wowed by the ‘amazing’ result and ask for seconds which (nearly) makes it worthwhile. 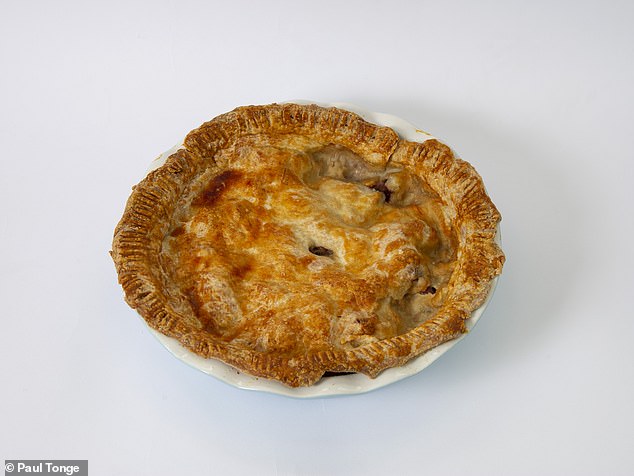 This is the Five’s ultimate savoury treat and takes almost a day to make. I order a ham hock from a butcher, boil it for 90 minutes then put the chopped meat, veal and hard-boiled eggs in a hot-water pastry case made with lard, which I cook from scratch.

I find the pie quite chewy, but Felix devours it. ‘Your homemade cooking is the best ever, Mummy,’ he says, mouth full. I’m almost speechless with pride. 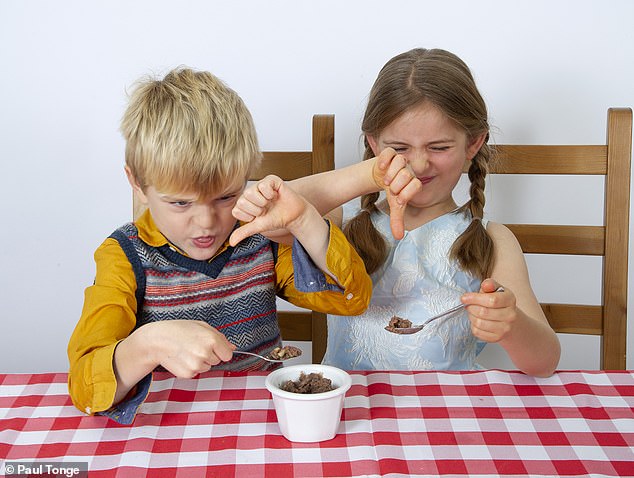 Devoured by the Famous Five at picnics, this was a handy way to store fish, which was not rationed, but in short supply.

The recipe is easy. I crush up anchovy fillets with garlic cloves and a splash of white wine vinegar. But the brown gunge that results is hardly appealing and is too ‘pongy’ to eat, say the children.

‘What’s the worst smell that you can imagine?’ asks Rosie. ‘Daddy’s old socks,’ I say, off the top of my head. ‘Well, it’s that, times a hundred,’ she retorts.

Not even insisting George — her fictional heroine — would be disappointed convices her. One for Timmy the dog, perhaps? 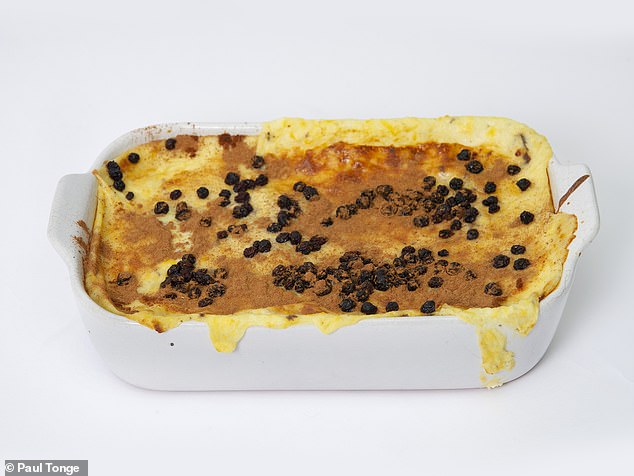 This warming dessert uses just one tablespoon of sugar. I mix cornflour with milk, adding eggs, and stir together with the sugar and dried fruit.

Simple enough, right? But the mixture I put in the oven is strewn with lumps (albeit masked by currants and cinnamon). Rosie won’t touch it, and Felix judges it too ‘bumpy’. 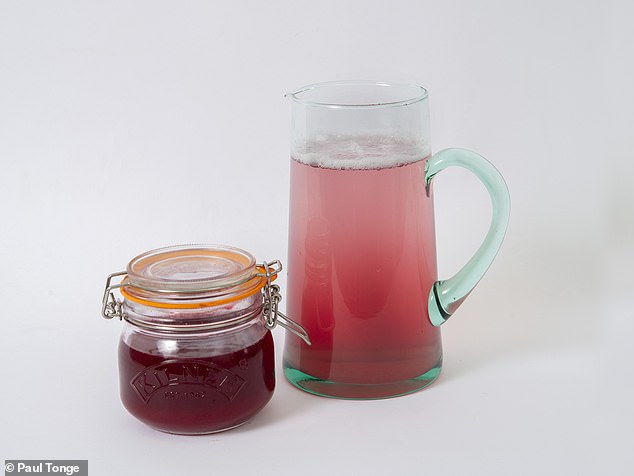 Before shop-bought squash, this was a huge treat. Anne — the only Five character who does her fair share of food preparation — serves the drink ‘diluted with icy-cold spring water’.

To make it, I boil four punnets of raspberries to a pulp, add 200g of sugar and reduce the mixture by a third. I treat it as a cordial, mixing it with water, which Rosie describes as ‘sweet and dreamy’. Felix likes it ‘so much I drank a whole glass without breathing’. Of course, it’s not as healthy as water, but feels more wholesome than a fizzy drink. 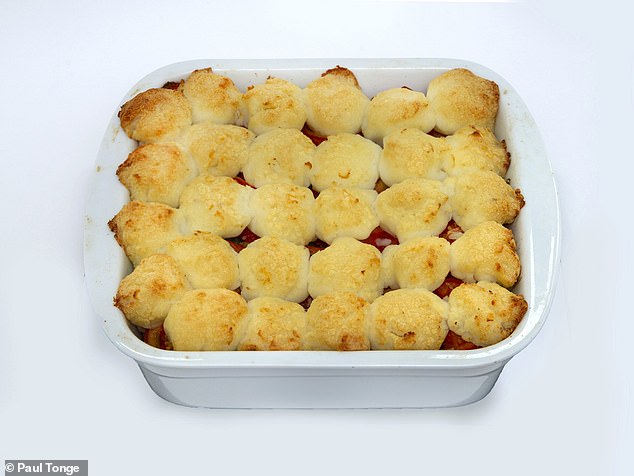 With meat scarce (rationing meant an adult could buy the equivalent of just two chops a week between 1940 and 1954), this vegetable dish would have been a frequent Famous Five dinner. Easy to make by covering boiled vegetables with a layer of sliced tomatoes then potatoes, it’s presumably designed to fool people into thinking they’re eating meat.

It certainly does the trick with my vegetable-averse children. Wowed by the golden, mashed potato topping, Rosie and Felix tuck in, barely noticing the mountain of vegetables underneath.

‘I love it, it’s just like shepherd’s pie,’ says Felix, blissfully unaware this is the first time he has ever eaten boiled cabbage. 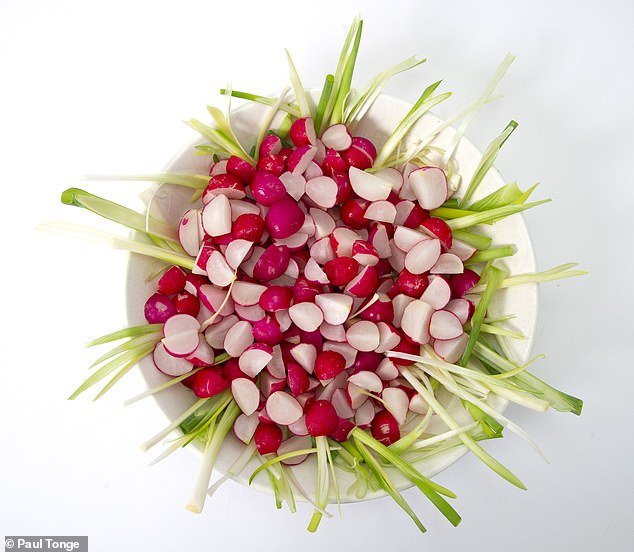 Chocolate bars and sugary drinks? Pah! Thanks to sugar rationing, Forties children ate lots of salad and snacked on vegetables, including ‘fat red radishes’. These were a treat for the Famous Five, served alongside crisp, tangy spring onions.

For my version, I top and tail both and add a dressing of oil, lime and mustard.

Rosie and Felix love spicy foods such as curry (which, of course, would have been alien to most Fifties children), so I am optimistic that they’ll enjoy these strong, home-grown flavours.

The first signs are promising. ‘The colour! It’s the most beautiful thing!’ says Rosie.

‘And the taste?’ I ask hopefully. ‘If you liked radishes it would be wonderful,’ she says, as she swallows a morsel with a grimace. 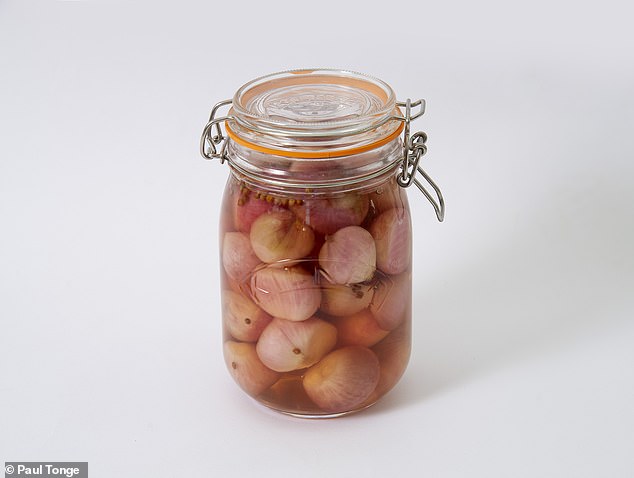 Antonia’s son Felix described pickles as ‘Yuk, too winky!’ because of the sour taste

Pickling vegetables helped prevent waste by dealing with gluts of produce from gardens and allotments — and also provided the Five with a favourite snack, eaten straight from the jar.

Halfway through peeling a pile of pungent shallots, my eyes streaming, I feel nothing but pity for their long-suffering cook, Joanna, who mischievous Dick awards the OBCBE (‘Order of the Best Cook of the British Empire.’)

After salting the onions in a brine solution overnight I put them in a homemade pickling vinegar of malt vinegar, sugar and spices and leave them for a week. It’s a lot of effort, which doesn’t appear remotely worth it.

After one bite, Felix announces: ‘Yuk, too winky!’ — by which he quite rightly means that they are horribly sour. 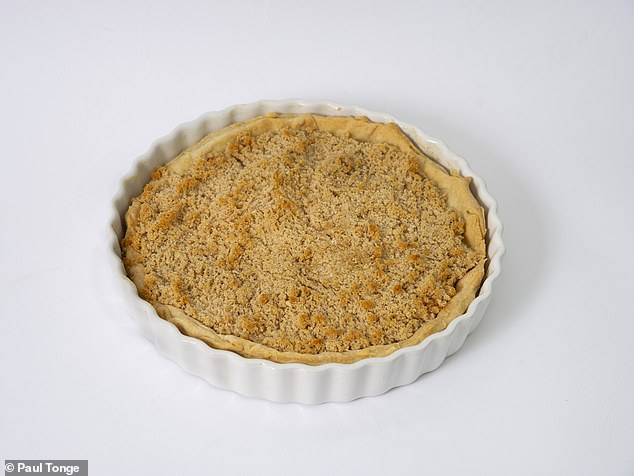 A relatively cheap treat and a savvy way to use stale bread, this pudding was beloved by Timmy the dog, who ‘sat waiting for any scraps that might descend his way’ from the dinner table above.

I pile a homemade, shortcrust pastry case with a breadcrumb and syrup mixture, then bake it.

I expect the children to love it. In fact, they’re underwhelmed, claiming they ‘like’ it but expressing none of the enthusiasm they did for my Scotch eggs.

Closer inspection reveals the syrup levels seem stingy, and the resulting pudding is essentially a bowl of dry and slightly sweetened crumbs.

I conclude, shamefully, that in an age in which children eat more sugar than ever, perhaps it simply wasn’t rich enough for their modern palate. 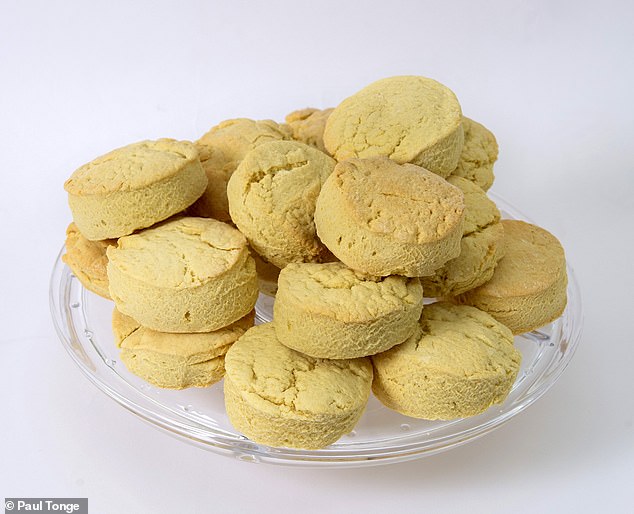 George’s mother, Aunt Fanny, was famous for her ‘hot scones…just out of the oven’.

Mercifully easy to make, I assume that because the Five grew up in Dorset, which is nearer Devon than Cornwall, we should put the clotted cream on before adding the jam.

Not that either Rosie or Felix notice — this is the grand finale, the treat they’ve been waiting for, and after they gulp down every last crumb there’s only one word I hear: ‘More!’