An international gambling website has posted odds for potential replacements for the late “Jeopardy!” host Alex Trebek, who died on Sunday after a battle with pancreatic cancer. Among them include former show champion Ken Jennings, ABC News chief anchor George Stephanopoulos and astrophysicist Neil deGrasse Tyson.

SportsBetting.ag, which based in Panama, listed Jennings as the favorite to land the job. Adam Burns, who is a sports book manager at the website and at BetOnline.ag, told CBS News that Jennings was a “no brainer.” Jennings, who went on a 74-game victory streak worth $2.52 million and is considered one of the best Jeopardy contestants of all-time, was hired as a consulting producer earlier this year.

The odds are adjusted in “real-time” and tend be “volatile,” said Burns, who said he keeps an eye on news articles and names that trend. For instance, Twitter users were petitioning for LeVar Burton, the host of the popular kids’ show, “Reading Rainbow.” In a matter of hours, Burton jumped from the middle of the pack to having the third best odds – behind Jennings and Stephanopoulos.

One of the surprising names on the list is Mr. Trump, who CBS News has projected will lose the 2020 presidential election. As of Thursday, Mr. Trump had the worst odds to become host by a large margin.

“It was pretty much the highest odds I think I could enter my system….And believe it or not, people bet on it,” Burns said.

Other names on the list include actor Neil Patrick Harris, “The Price is Right” host Drew Carey and ESPN senior writer Mina Kimes. Former contestant James Holzhauer also made the list — but he had the second-worst odds of the group.

Burns said they didn’t put up the bet immediately out of respect for Trebek.

The beloved host began running the quiz show in 1984, earning six Daytime Emmys and taping over 8,000 episodes. Before his death, Trebek taped shows that will run through Christmas Day, the show’s Twitter account said Monday. Trebek was remembered fondly by fans, former contestants and many others following his death. 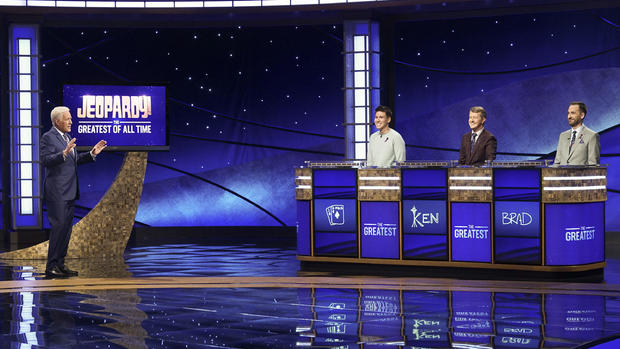