Surprise — the Gargoyle King mystery is still up and running on Riverdale. Although the series supposedly unmasked the enigmatic serial killer a few episodes back (and then unmasked a second one shortly afterwards), Wednesday night’s new episode confirmed that the real Gargoyle King is still at large. It also introduced us to the creepy new character named Kurtz, who is deeper into Gryphons and Gargoyles than anyone else. So, just who is Kurtz on Riverdale, and what might he really be up to?

Spoiler alert: This post contains plot details from Riverdale Season 3 Episode 13, "Requiem for a Welterweight." Even though Riverdale seemed to reveal the truth about the Gargoyle King when Jughead found out Tall Boy was under the mask, most fans knew that there must be more to this strange mystery than just another one of Hiram Lodge’s paid lackeys. Not to mention, Riverdale already used a fake-out Tall Boy reveal with the Black Hood thing last season. The game of Gryphons and Gargoyles has been shown to be strangely prophetic, as gameplay coincides with real life, and it is also somehow connected to the town of Riverdale (the kingdom within the game is an anagram for Riverdale). The Gargoyle King also seems to have a cult-like control over his followers, which is another thing the Tall Boy reveal did not illuminate.

With so many unanswered questions about the Gargoyle King, it should come as no real surprise that the mysterious killer is still on the loose. Jughead learned this on Wednesday night’s new episode. After the Serpents’ numbers dwindled due to Toni and Cheryl’s new gang the Pretty Poisons, Jughead sought to recruit the Ghoulies into his fold, only to learn that pretty much all of the Ghoulies had defected to join the Gargoyle Gang. Journeying into their headquarters, Jughead finally met the Gargoyle Gang’s leader, a young man named Kurtz. 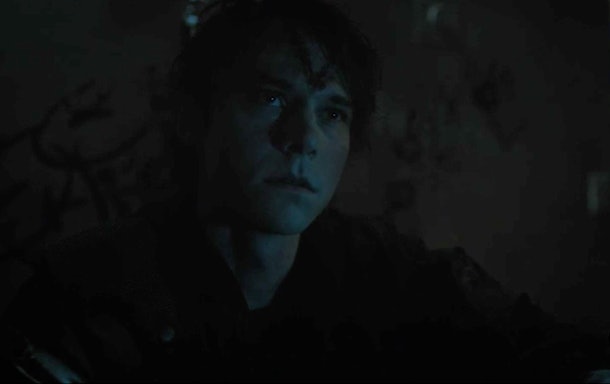 It became immediately evident that Kurtz is the most obsessed with Gryphons and Gargoyles than anyone we have met. He loses it when Jughead calls Gryphons and Gargoyles a game, claiming instead that it is a prophecy and that he has a connection with the Gargoyle King. The creepy speech seems to confirm that Tall Boy was never the true Gargoyle King, but an imposter who dressed the part to carry out Hiram’s plans, similarly to how Moose’s father used the disguise to punish his son.

Jughead and Kurtz are going to be spending a lot more time together, despite Jughead’s wishes, because Gladys Jones ends up recruiting Kurtz and the rest of the Gargoyle Gang to join the Serpents. It is also beginning to look like we may see all the Season 3 stories finally tie together, because Betty discovers that the Farm’s mission involves killing or nearly killing members in order for them to "ascend," which is the exact same thing that the Gargoyle King does. With Jughead closer to the Gargoyle Gang and Betty now much deeper into the Farm, it is only a matter of time before we learn how the two mysteries are connected, right?