At the moment, only 14 models have been bestowed with the honour of being a VS Angel, here's all you need to know… 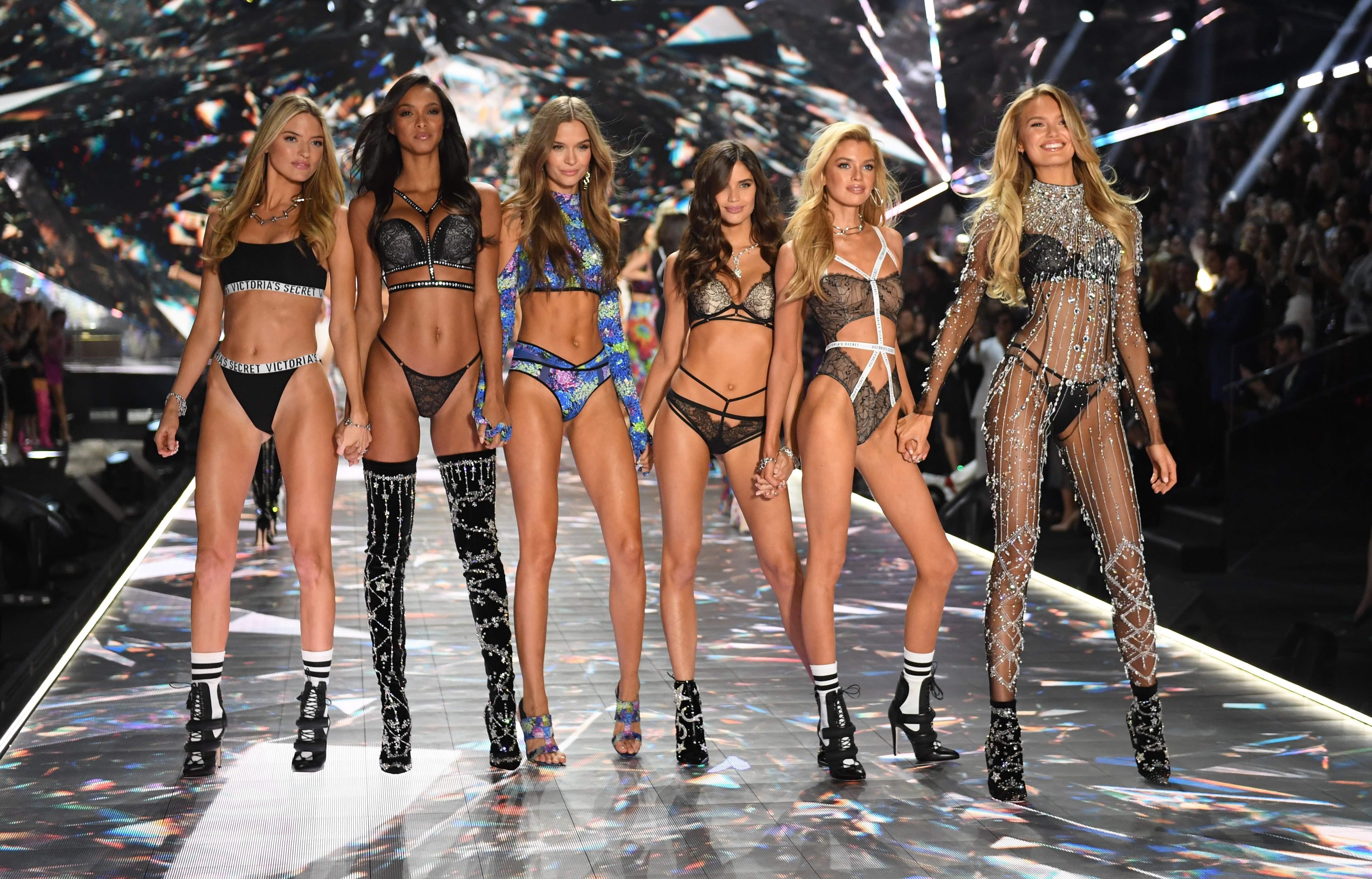 What is the difference between a Victoria's Secret Model and Angel?

In this year's fashion show, there were 49 models who graced the runway, and a lot wore wings.

It can be rather confusing for those who don't know it already, but wings don't equal Angel status.

Kendall Jenner and the Hadid sisters are often mistaken for being Angels, however they are just models.

There are only 14 current Angels, and there's only ever been 36 models in history who have signed a contract to be an official face of the brand – these are the Angels. 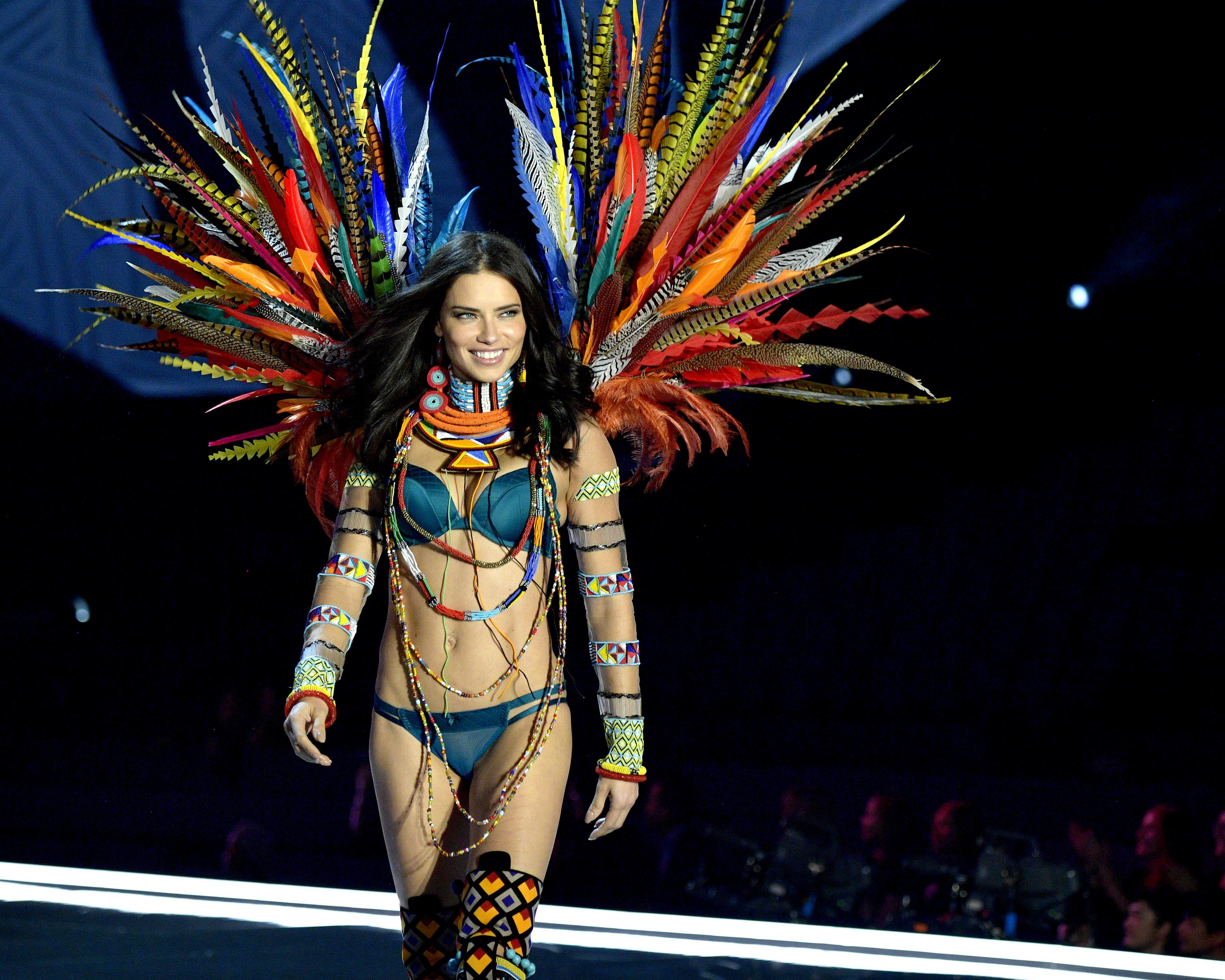 Those who have signed the special VS contract have certain obligations to the brand that other runway models might not, and are expected to give Victoria's Secret priority.

Ex-Angels such as Karlie Kloss, Miranda Kerr and Doutzer Kroes have all left their roles as Angels to pursue other opportunities.

Kerr told the Sydney Morning Herald that the contract is pretty intense, promising three months of work a year to VS at a bare minimum.

Who are the Victoria's Secret Angels? 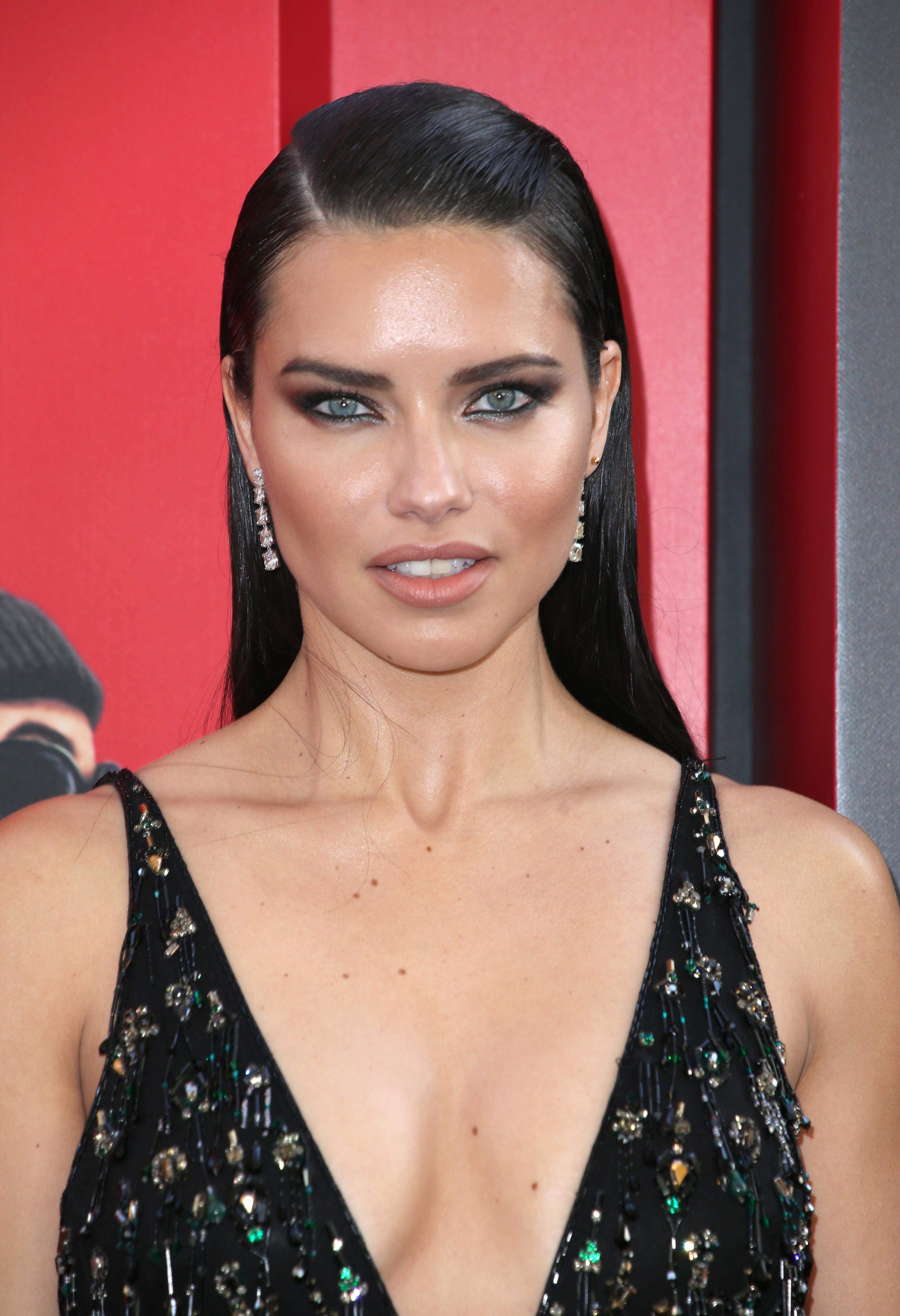 Brazilian Adriana is the longest serving Angel, having worked for VS for 18 years.

The mother-of-two has been named the most valuable Victoria's Secret model in history.

Since 2014 she has consistently been one of the world's highest-paid models, only beaten by Giselle Bundchen, Kendall Jenner and Chrissy Tiegen. 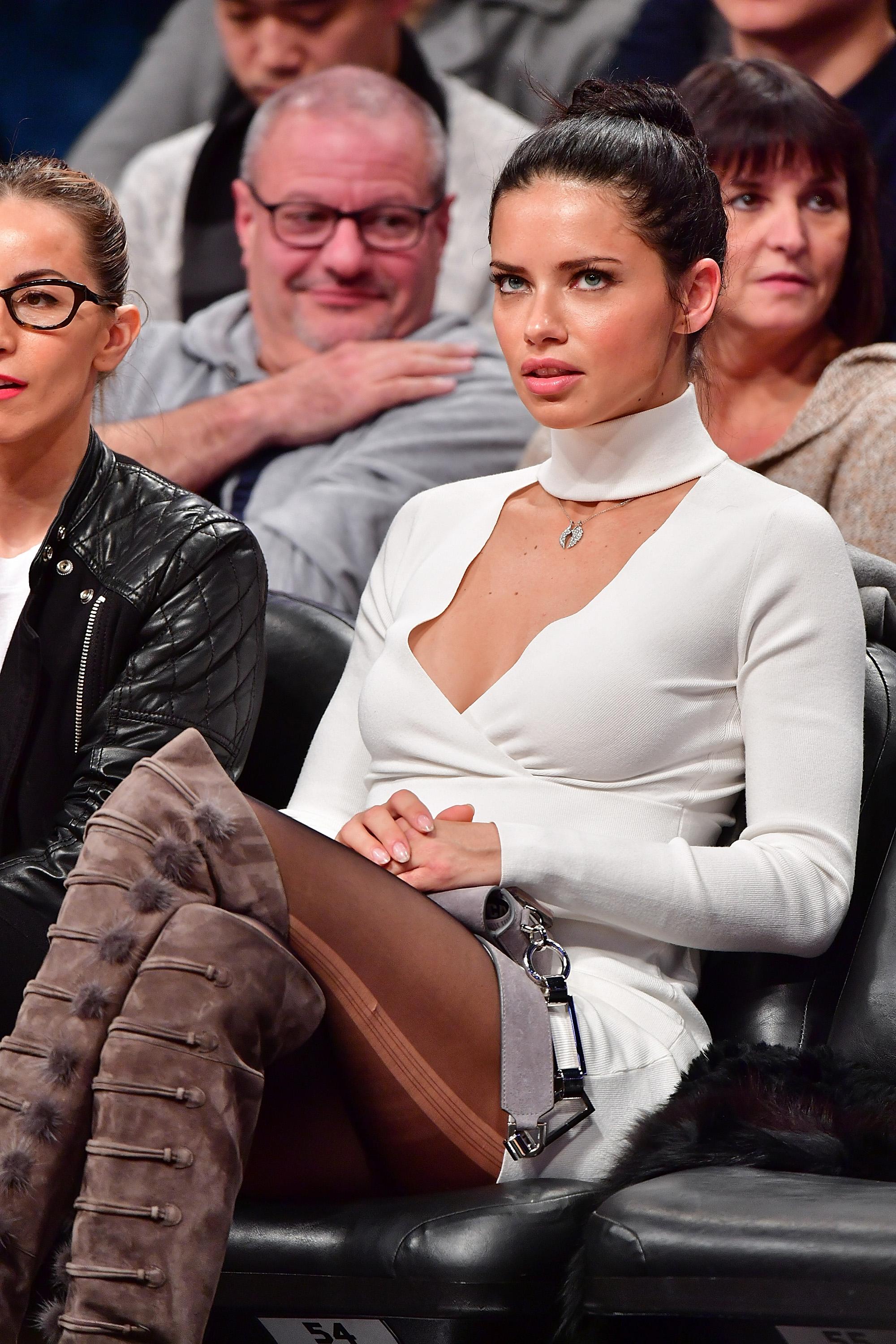 At the 2018 VS fashion show, she confirmed that it was her last VS runway walk and broke down whilst closing the show. 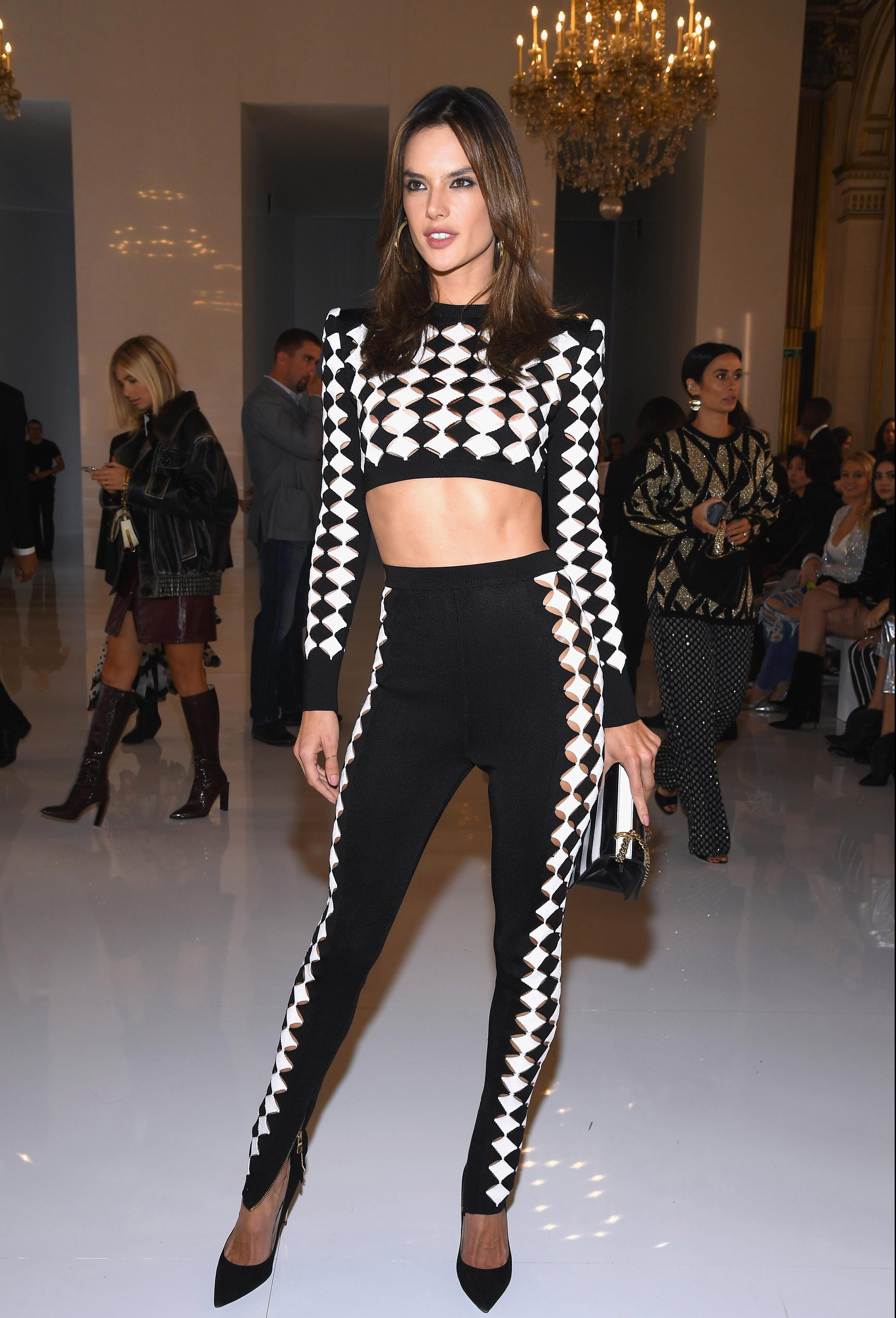 Alessandra walked her last show for Victoria's Secret in 2017, but she is still considered an Angel.

Modelling since the age of 12, the Brazilian beauty also signed her VS contract in 2000, and walked 17 shows since.

She was chosen as the first spokesmodel for Victoria's Secret PINK in 2006, and has had a lot of defining catwalk moments for the brand. 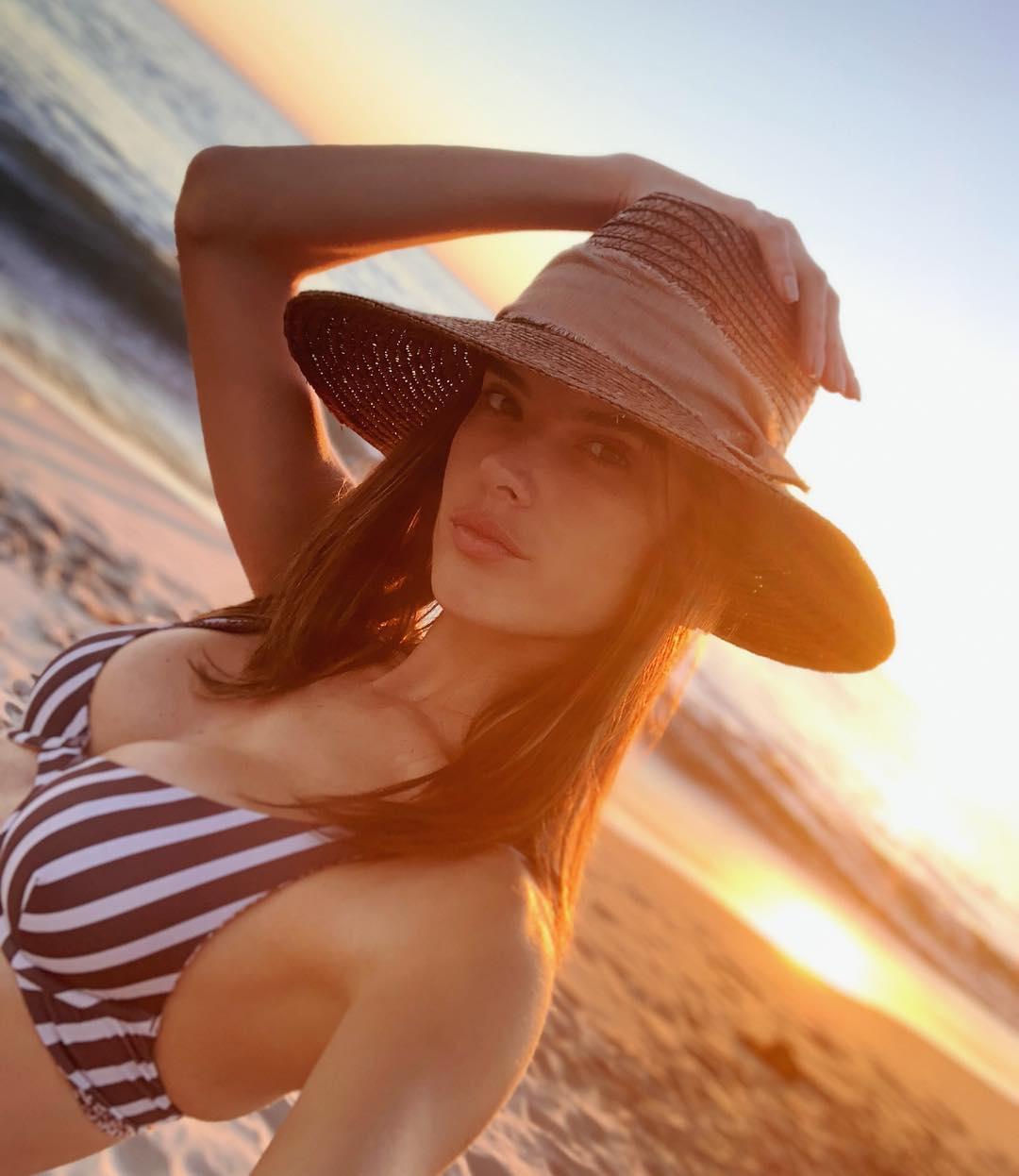 In 2005, Alessandra walked the VS show in lingerie made entirely of sweets, and the walked the 2008 show only  three months after giving birth to her first child.

Whilst pregnant with her second child, she walked the 2011 show with the heaviest wings ever made (30lbs).

Namibian Behati was the first PINK contract model, when she was signed in 2008. 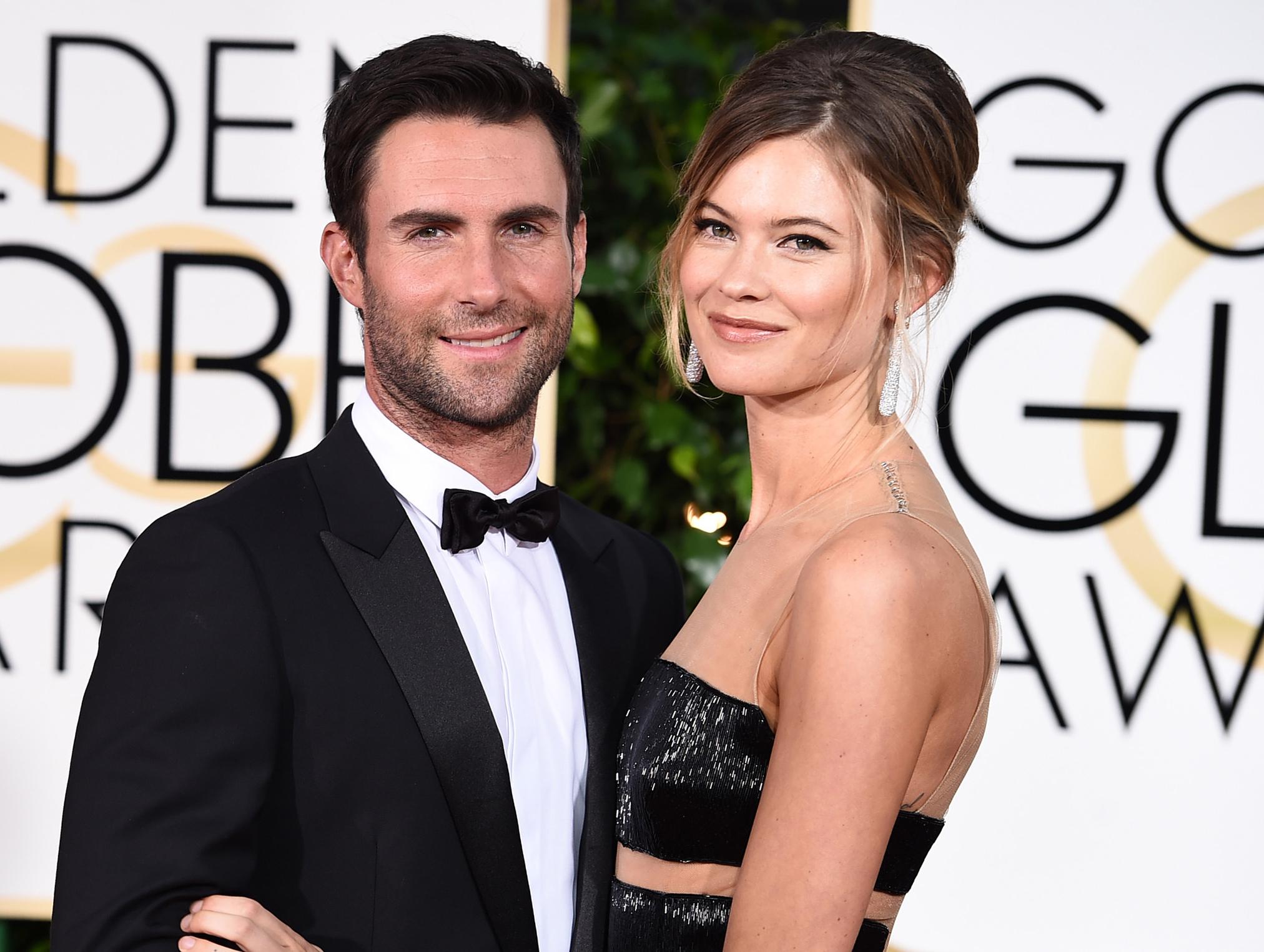 Having walked 10 Victoria's Secret Fashion Shows, she opened the shows in 2014 and again in 2015.

The 30-year-old was signed as an official VS Angel in 2009, and designed the Behati Loves Pink swimsuit collection for VS in 2010.

After a two year maternity leave, popping out two children in that time with husband Adam Levine, the African model returned to the catwalk for the 2018 show. 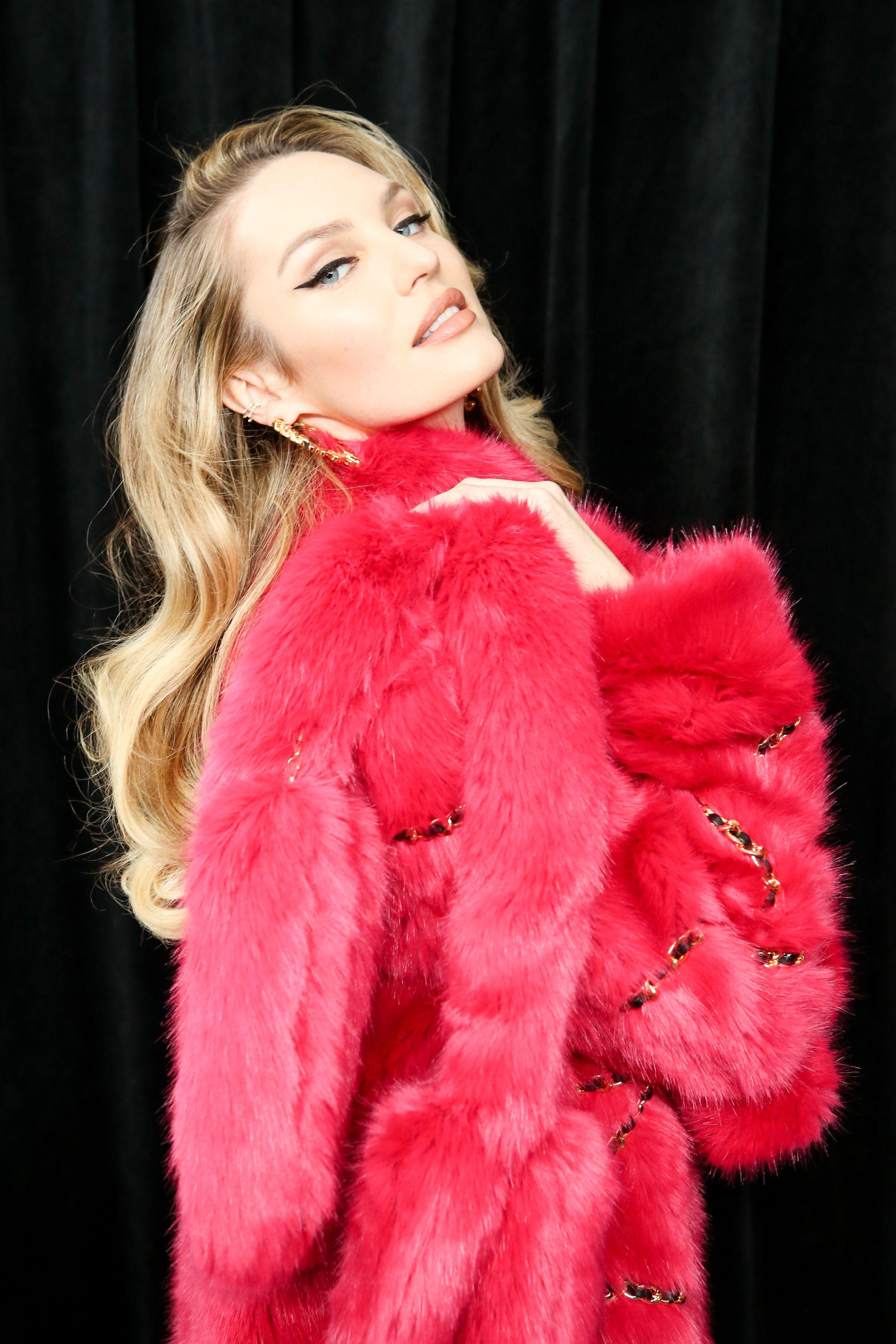 Thirty-year-old Candice Swanepoel has been among the top 10 highest earning models consistently since 2010, the year she became a VS Angel.

In 2013, the mother-of-two was selected to wear the Fantasy Bra, which was worth 10 million that year. 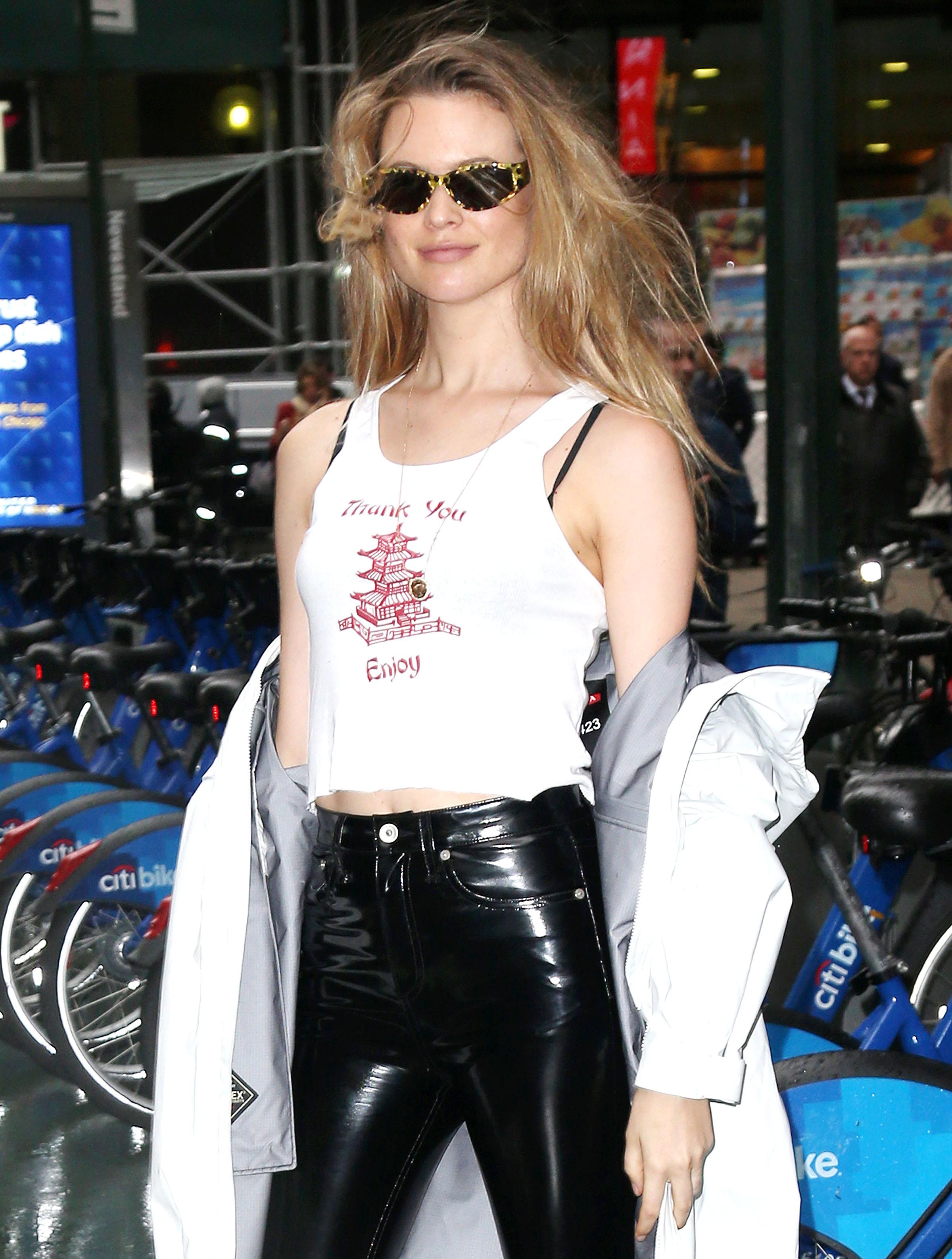 It featured over 4,200 precious gems, including rubies, diamonds and yellow sapphires set in 18 carat gold with a 52 carat ruby in the centre.

The South African native is fluent in Afrikaans, English and Portugese, and has two sons with her boyfriend of 13 years, Hermann Nicoli. 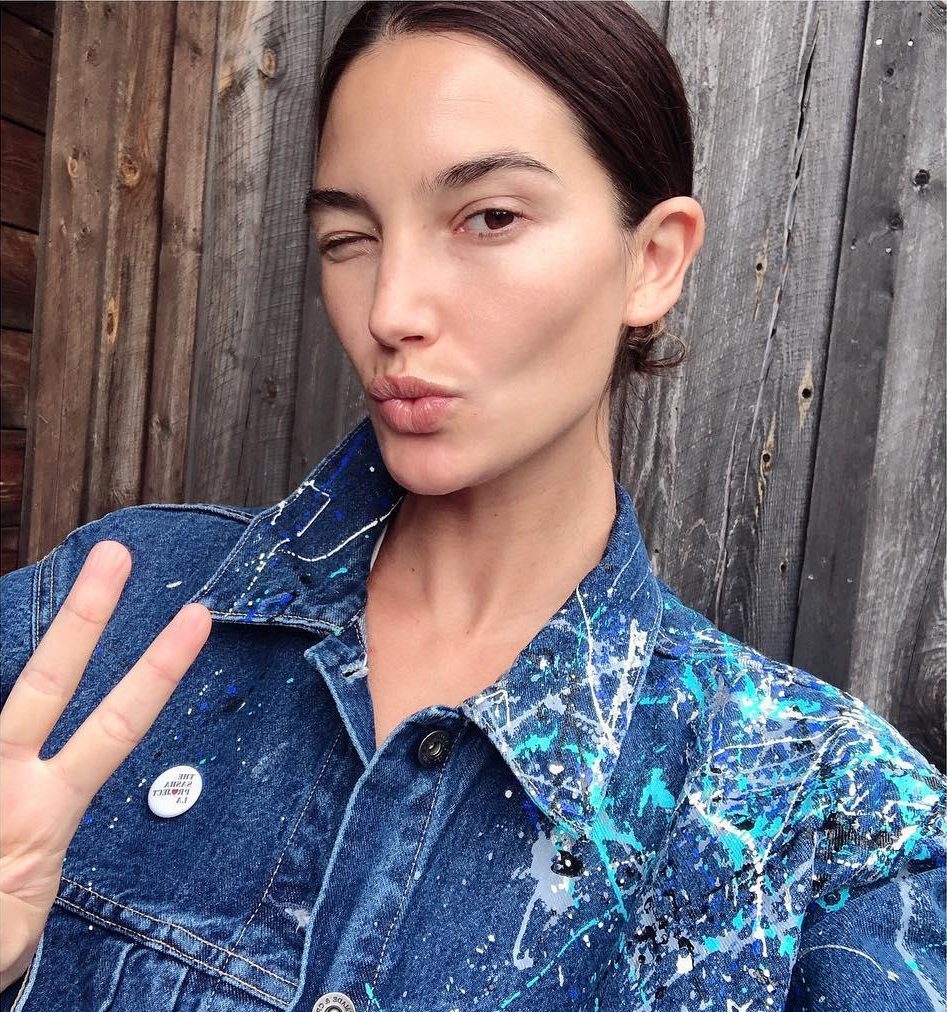 American Lily started her career at the age of 16, modelling for Abercrombie & Fitch.

Her mother is ex-Playboy Playmate Laura Lyons, and her entire family have always been very fashion-orientated.

Her sisters Saffron and Ruby are also models, and her brother Miles is a fashion photographer.

Aldridge walked her first Victoria's Secret Fashion Show in 2009, and was signed as an Angel in 2010. 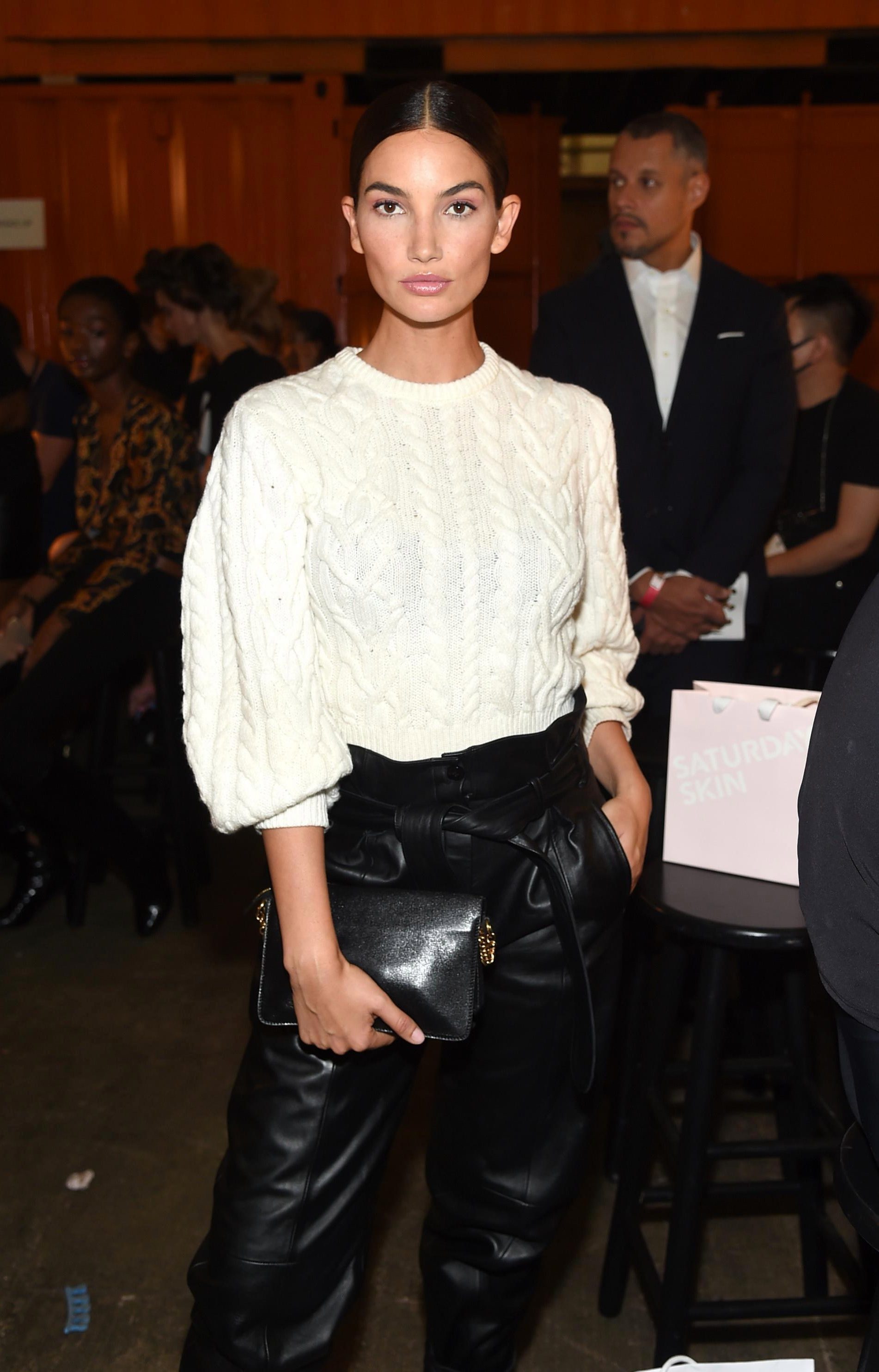 She is also known for her work as a Sports Illustrated model, debuting in 2014 alongside Chrissy Teigen and Nina Agdal for the issue's 50th anniversary cover. 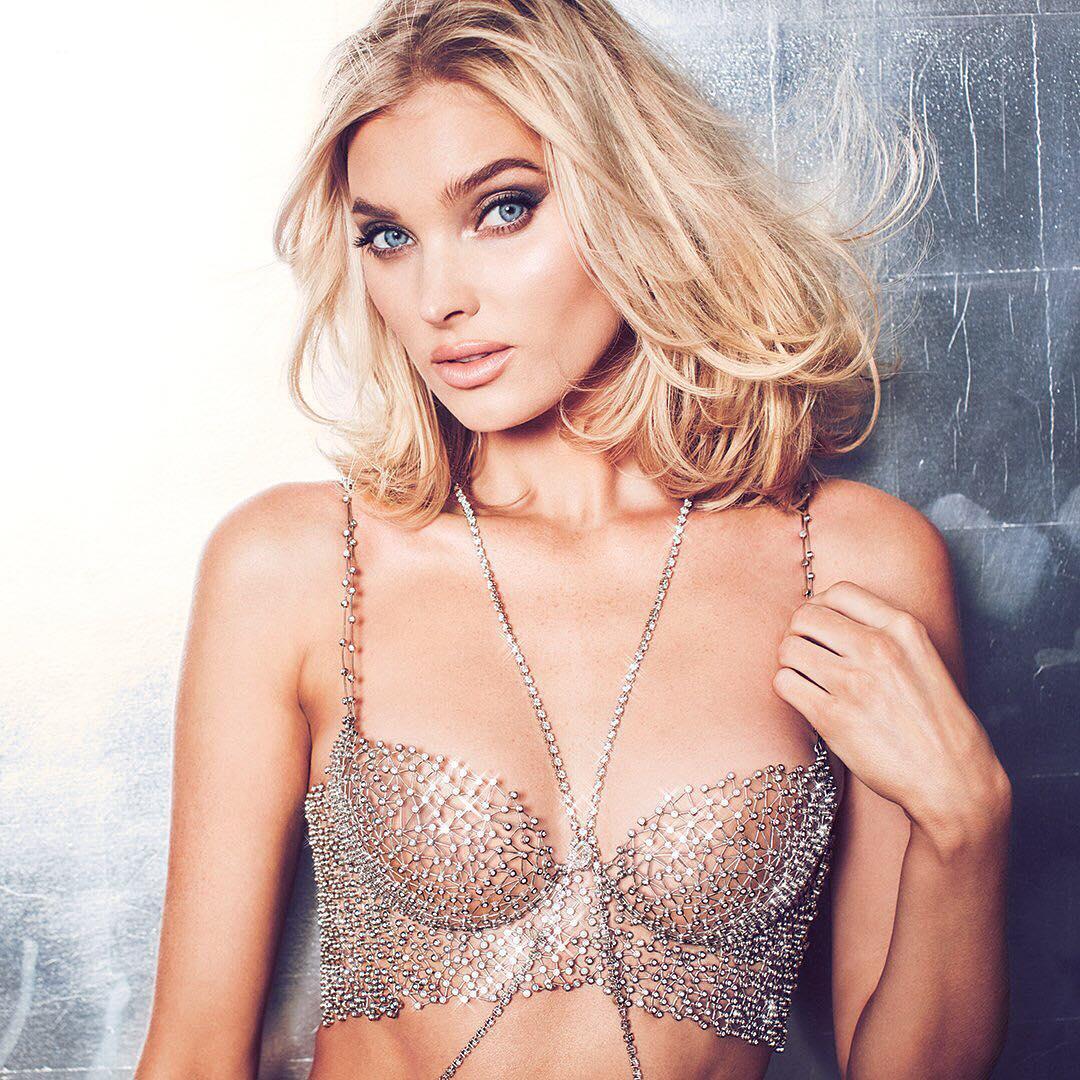 Swedish Elsa hails from Stockholm, and has worked with brands such as Dior, Dolce & Gabbana, Guess and H&M.

Hosk opened the show in 2016, and was chosen to wear the Dream Angels Fantasy Bra in the 2018 fashion show. 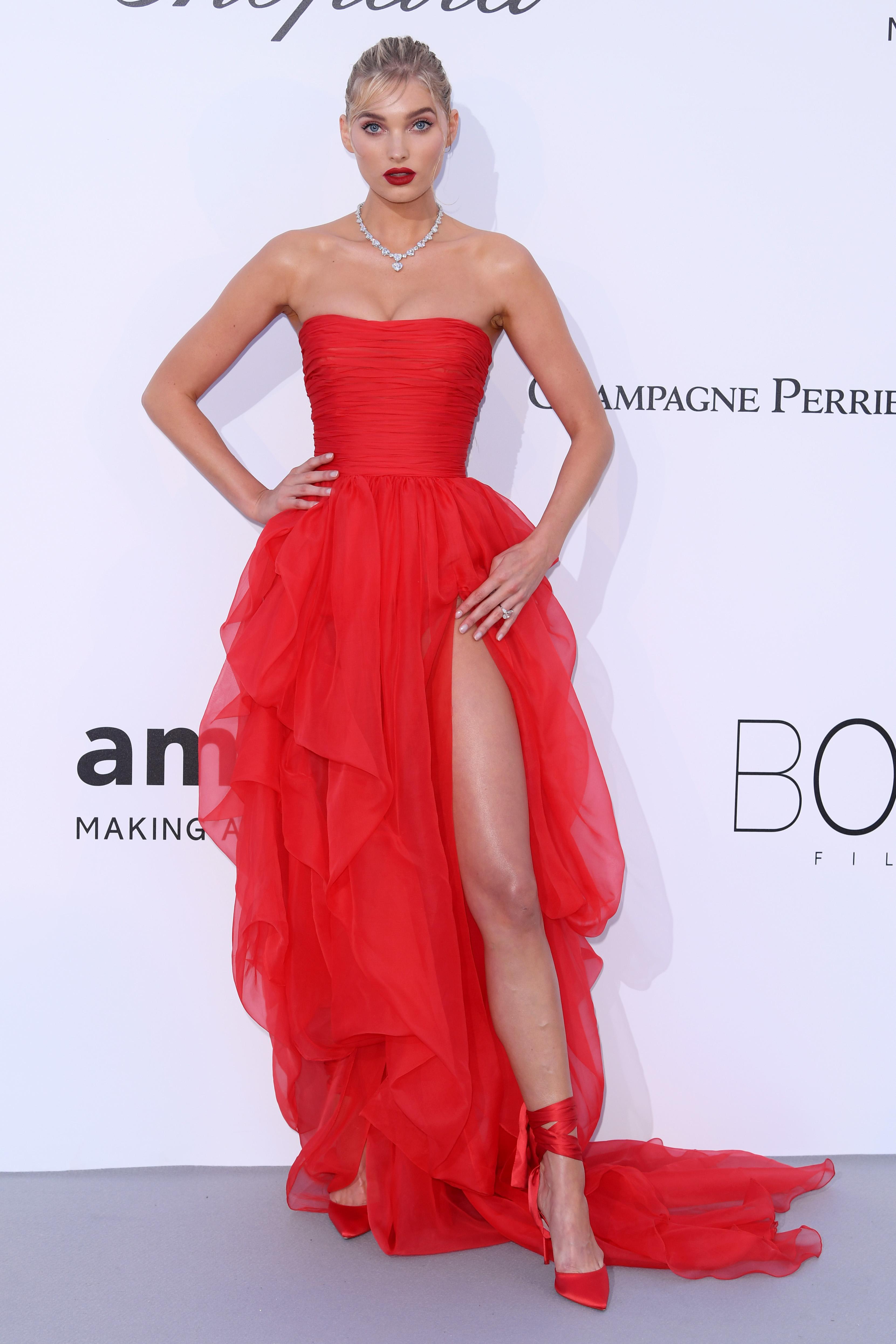 She has been compared to the Disney character, Queen Elsa from Frozen, although she denies the character was made in her image, despite undeniable similarities and the same name.

The thirty-year-old does a lot of work in support of the anti-human-trafficking organisation FAIR Girls.

Californian Jasmine has been modelling since the age of 15, and her eight-year-old sister is also a model.

Tookes is of African, Central American and British descent, but was born and raised in Huntington Beach.

In 2012, she was one of eleven new models to be selected for the annual VS Fashion Show. 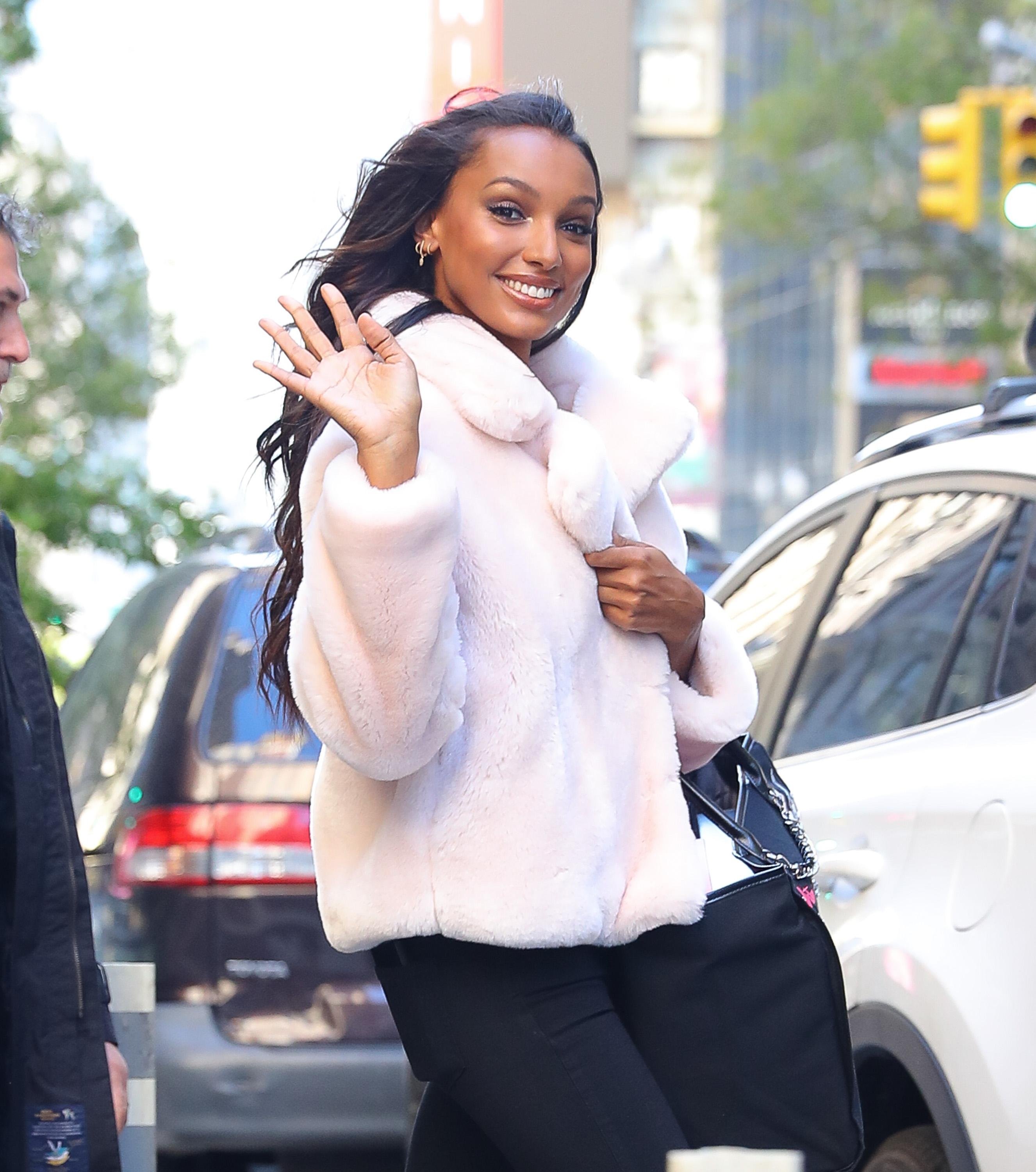 She was also signed to the brand in 2015, and has since walked for Burberry, Moschino, DKNY, Herve Leger, Jason Wu, Louis Vuitton, Calvin Klein, Tom Ford, Prada, Miu Miu and more.

In the 2016 show, Jasmine was the Angel who donned the Fantasy Bra.

Danish model Josephine is only 25 but has modelled for pretty much everyone and appeared on the cover of some of the world's biggest magazines.

Born in Copenhagen, Skriver was conceived via IVF, to a gay father and a lesbian mother, who each had their own partners but chose to have two children together.

She has done a lot of work for the LGBTQ+ community, and has spoken openly of her unique upbringing stating that "Until I started school and people told me I was different and told me I was weird. 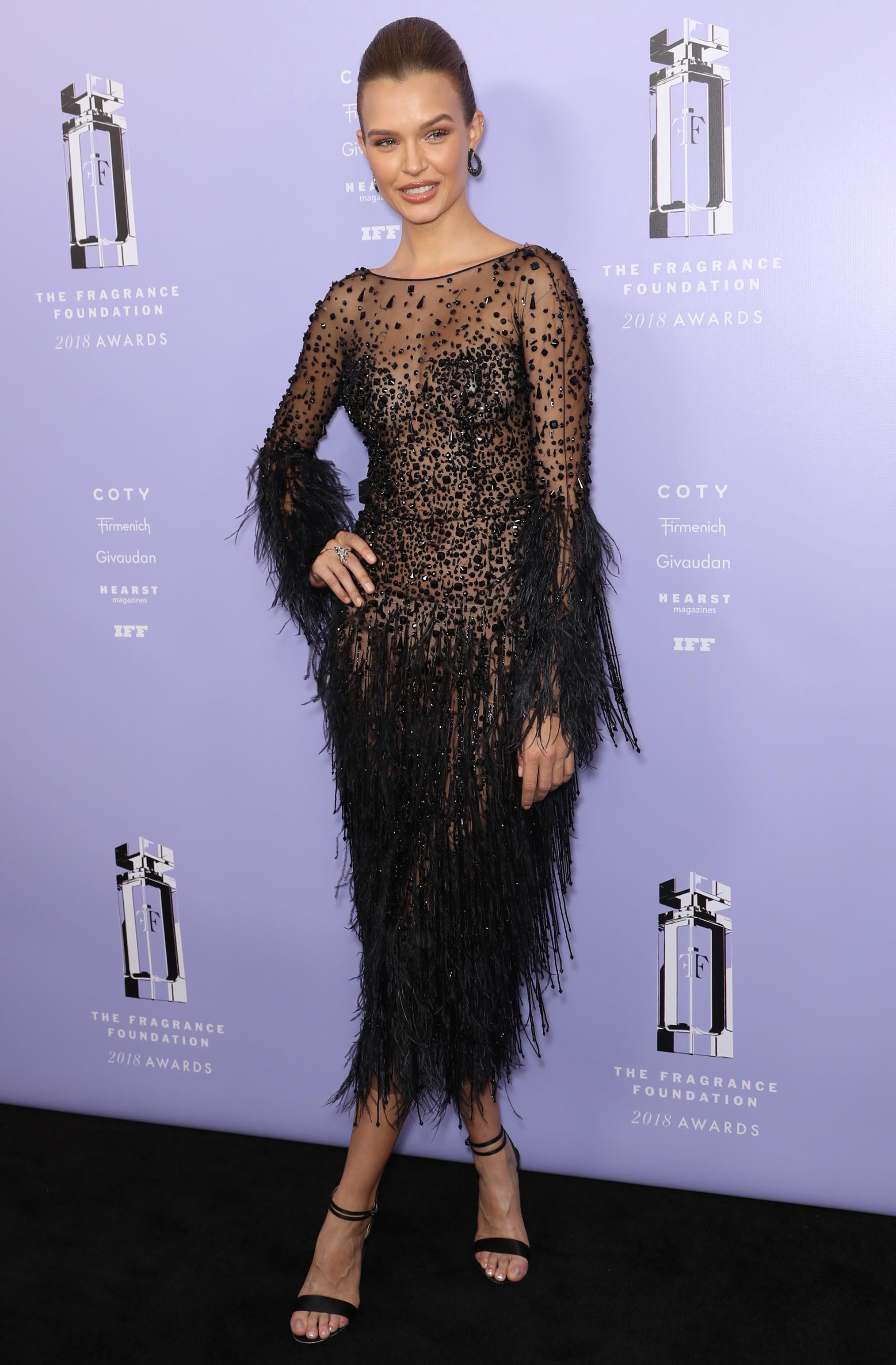 "But I was such a proud kid that no one ever really bullied me."

She lives in Tennessee with her boyfriend, musician Alexander DeLeon. 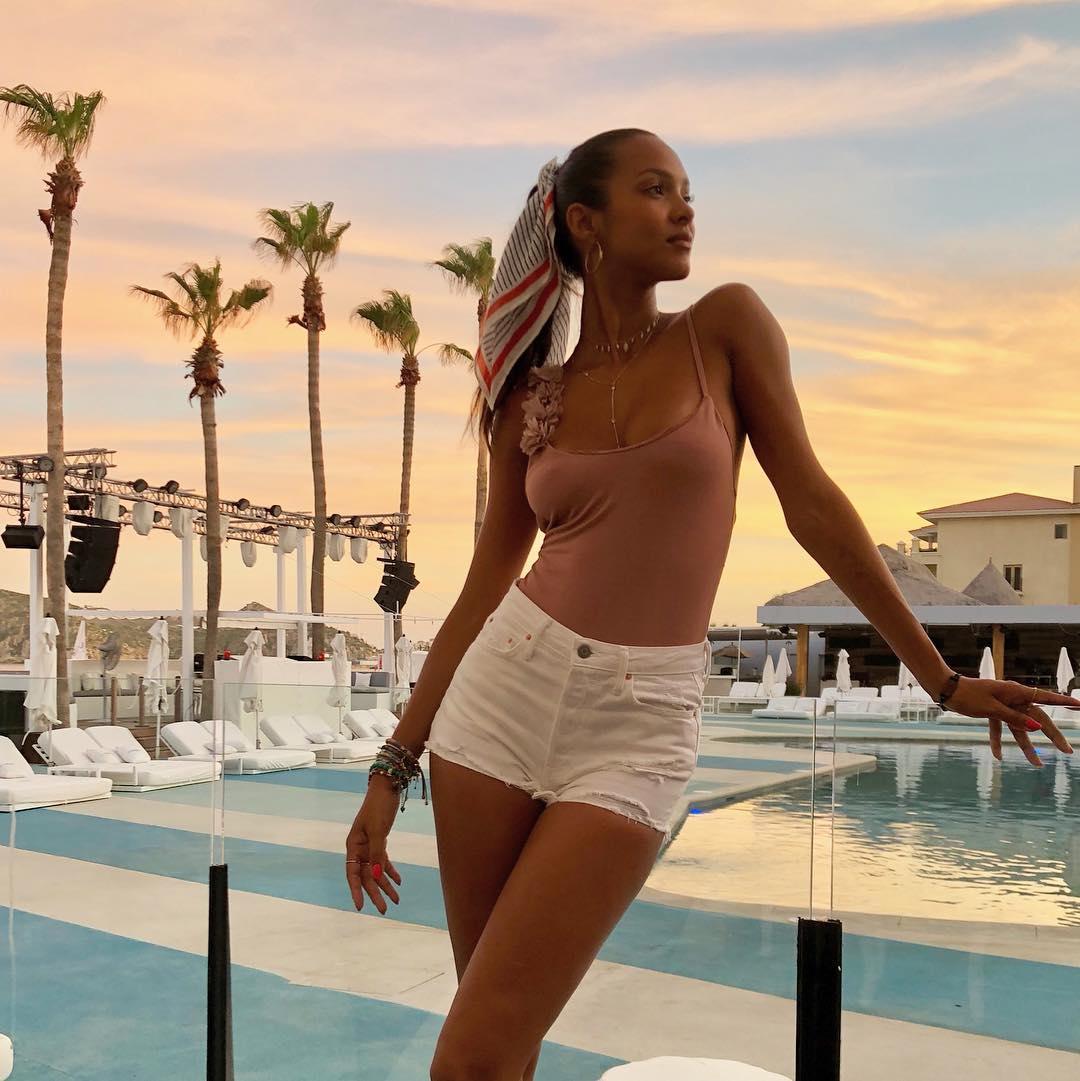 A mother to a nine-year-old son, Ribero only started working as a model after his birth.

Starting off modelling in Brazil, her career took off and in a year she was walking the runway for Chanel, Louis Vuitton, Gucci, Versace and more.

In 2010 she walked her first Victoria's Secret Fashion Show, and has walked every year apart from 2012, which she had to pull out of due to an ankle sprain during rehearsals. 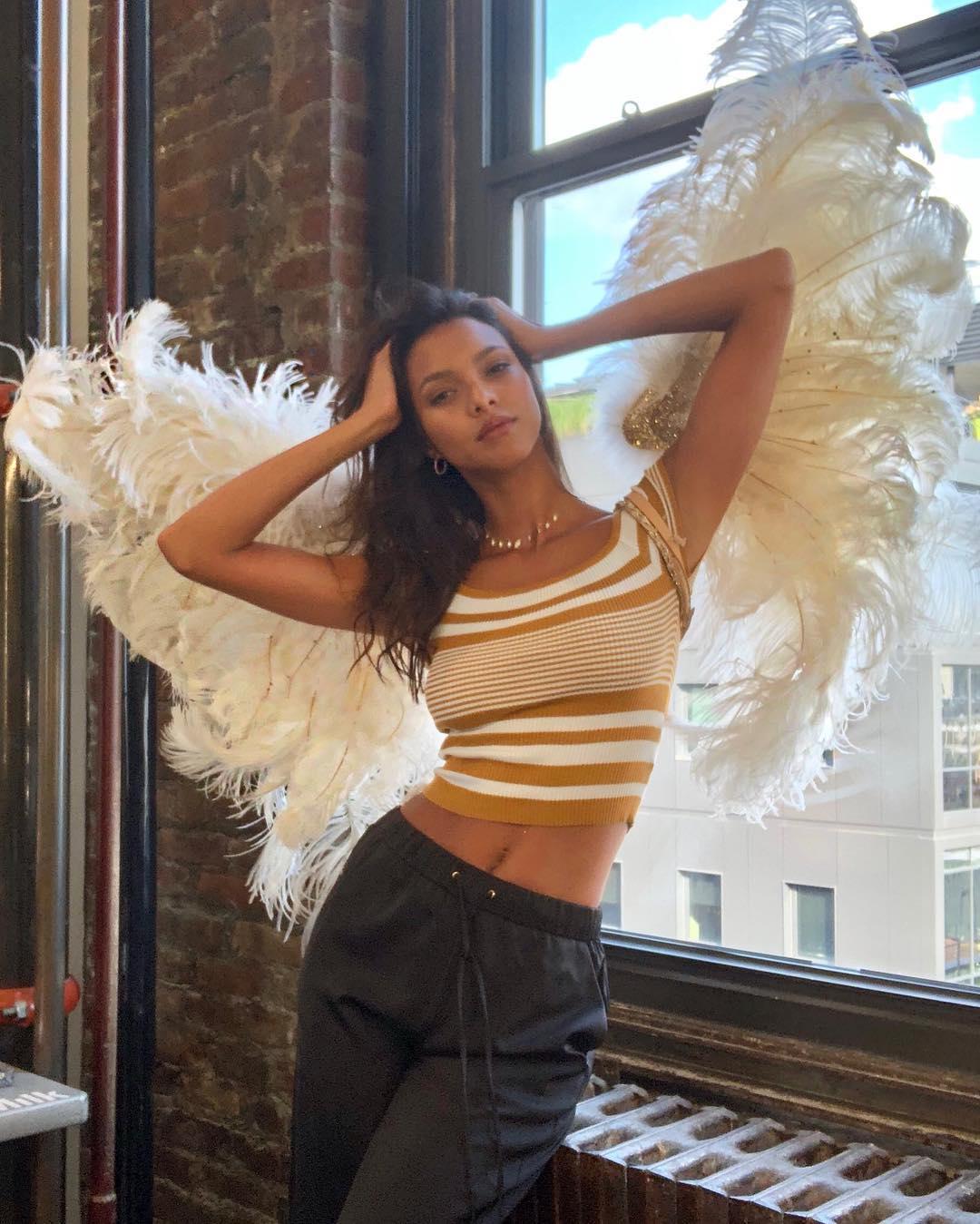 In 2015, she was named an Angel alongside a number of the other currents.

Lais wore the Fantasy Bra in 2017, when the show was held in Shanghai, China. 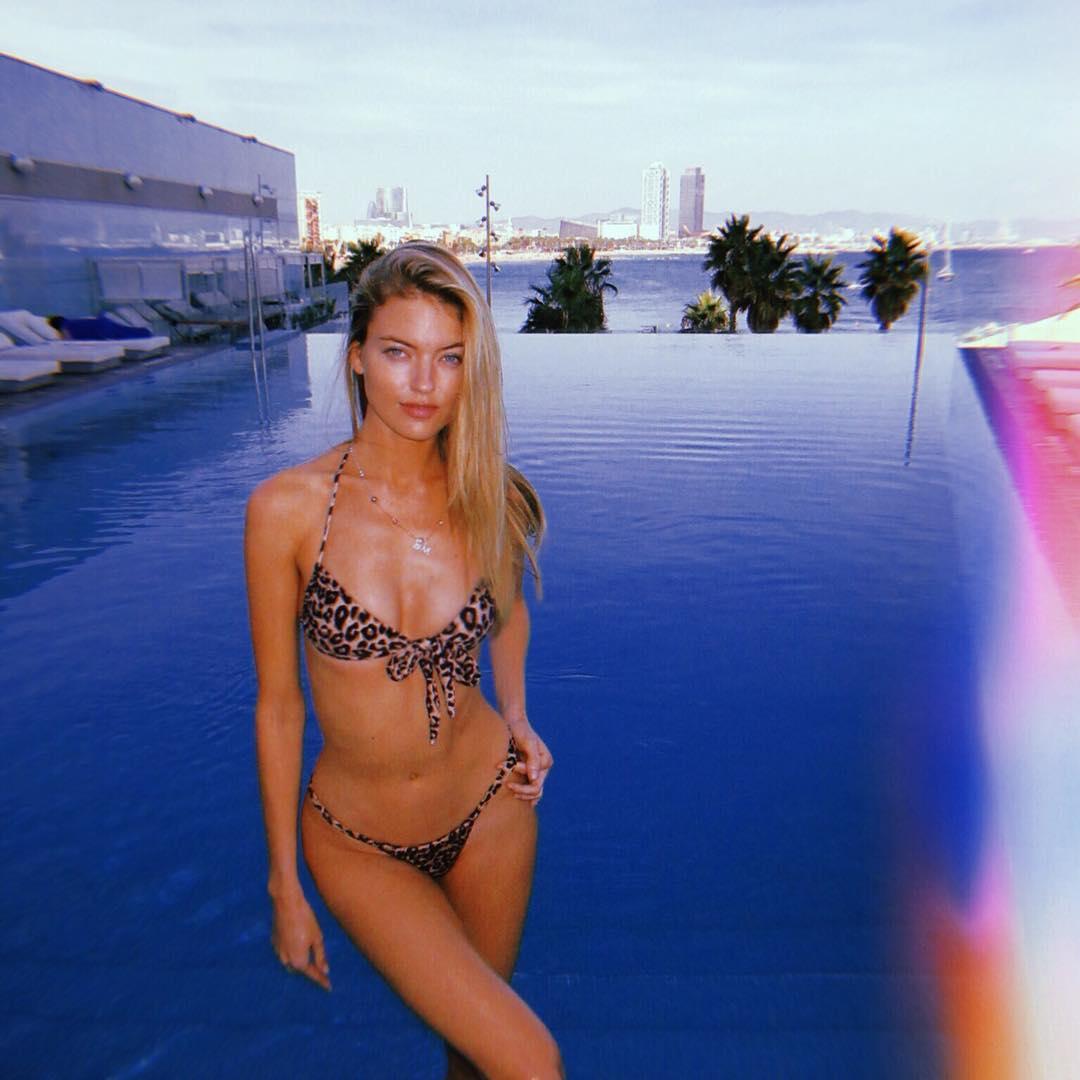 She was discovered by a photographer from her state, who introduced her to agencies in New York, and she was immediately signed by IMG Models. 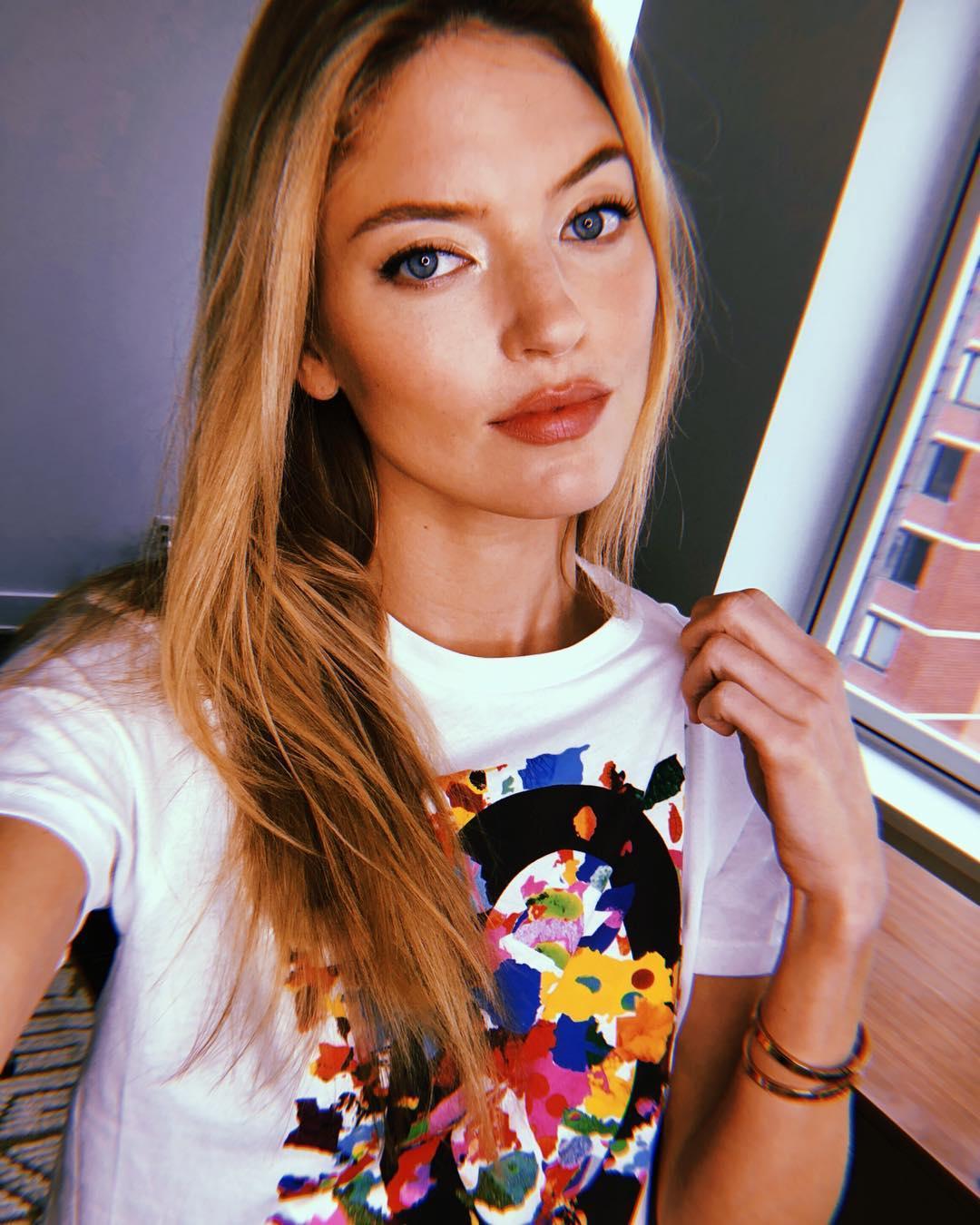 2013 was the year she walked her first Victoria's Secret Fashion Show, although she had previously modelled for shoots for the brand.

She was another one of the 2015 Angel signings.

Romee is one of the youngest Victoria's Secret Angels and she is from the Netherlands.

Also signed in 2015, Strijd only started modelling in 2011 when she was signed with DNA Model Management. 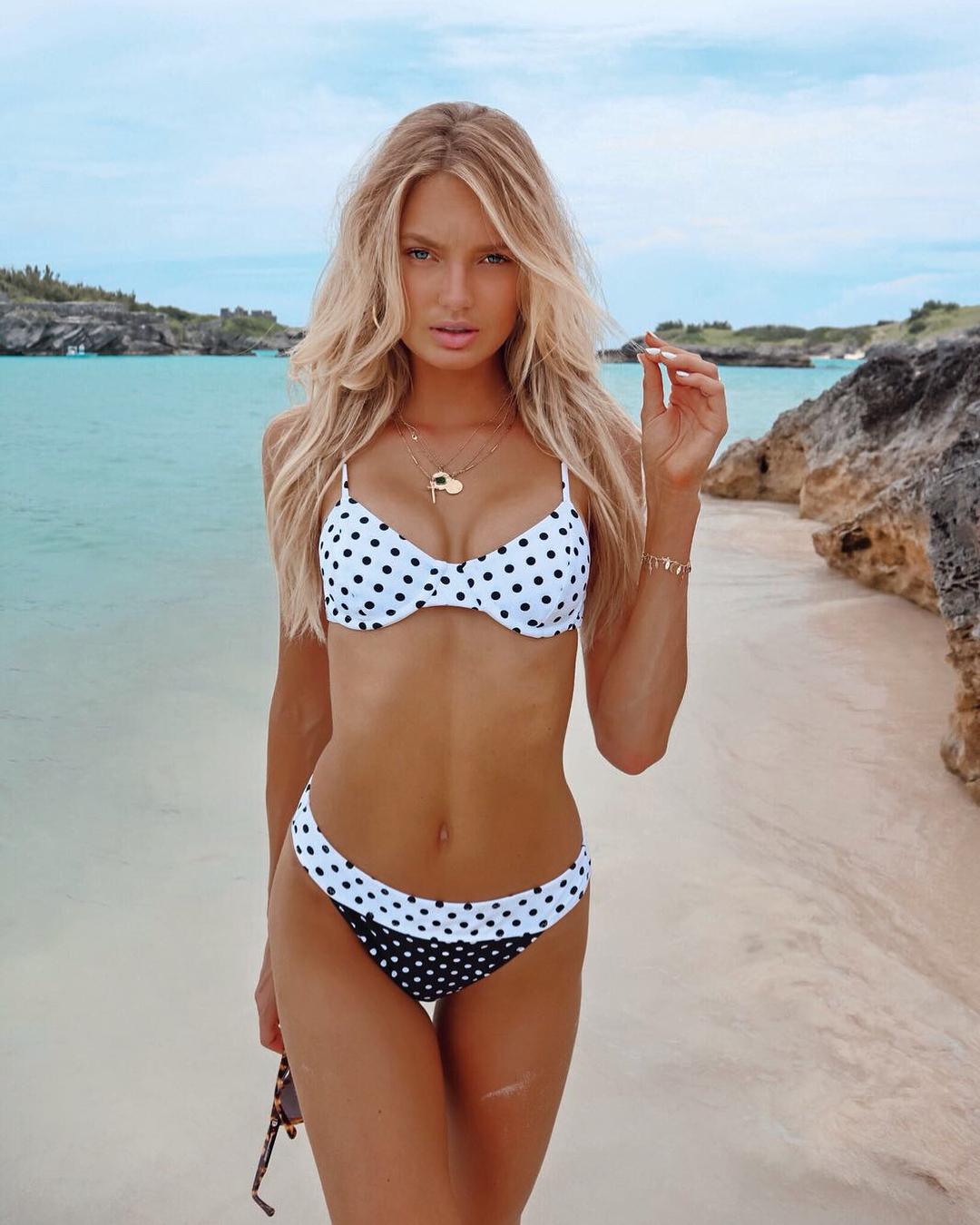 Since then, she has appeared in editorials for British, German, Spanish and Dutch Vogue, French and Dutch Elle, Spanish Harper' Bazaar, Dutch Marie Claire and French Madame Figaro.

2014 saw her chosen as one of the newcomers at the Victoria's Secret Fashion Show, and she was signed to them less than a year later.

She is now represented by IMG Models, since March 2017. 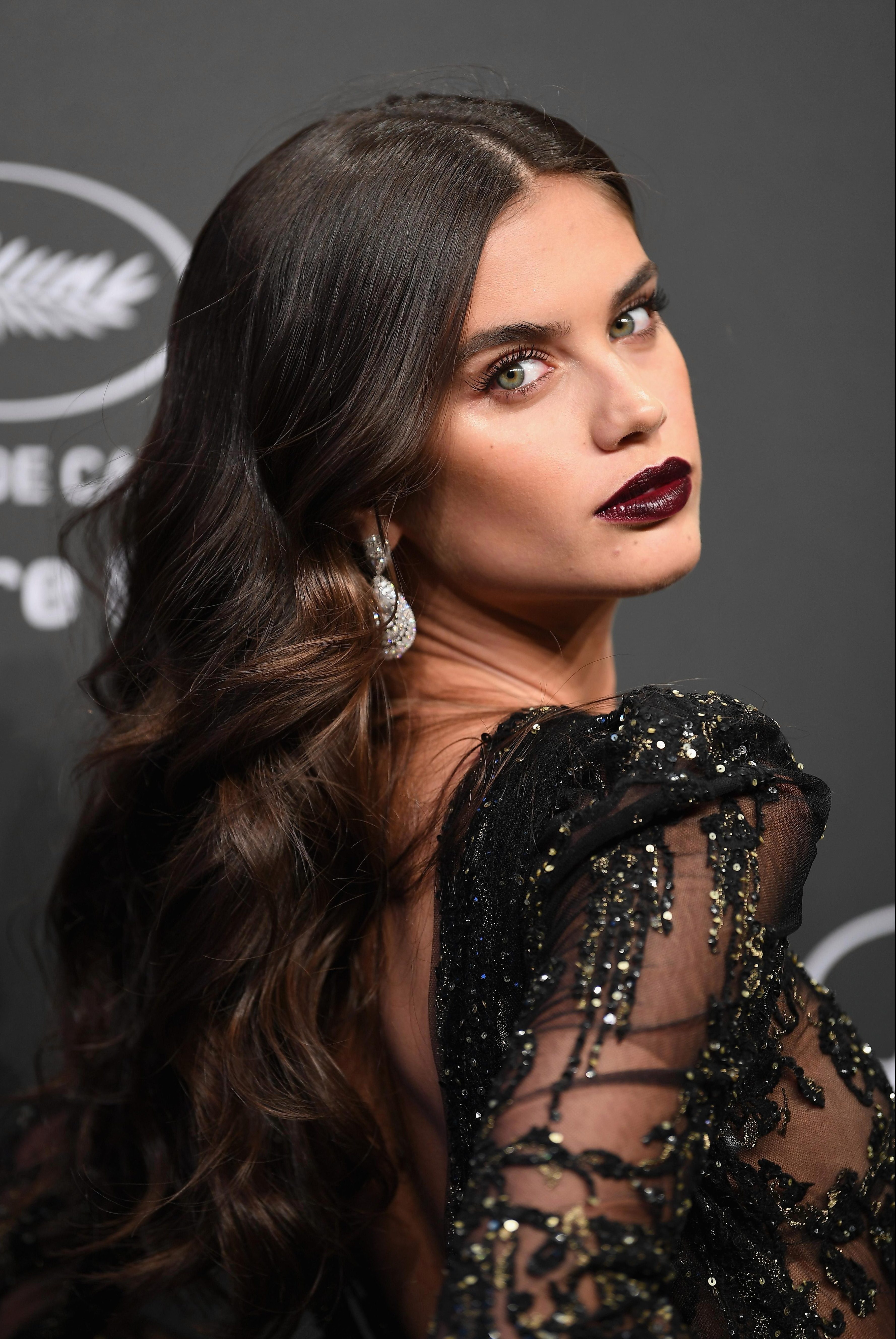 Discovered at the tender age 15, Sara has big dreams of becoming a Victoria's Secret model.

After two failed auditions to walk in the Fashion Show, she was chosen in 2013, where she walked in one segment. 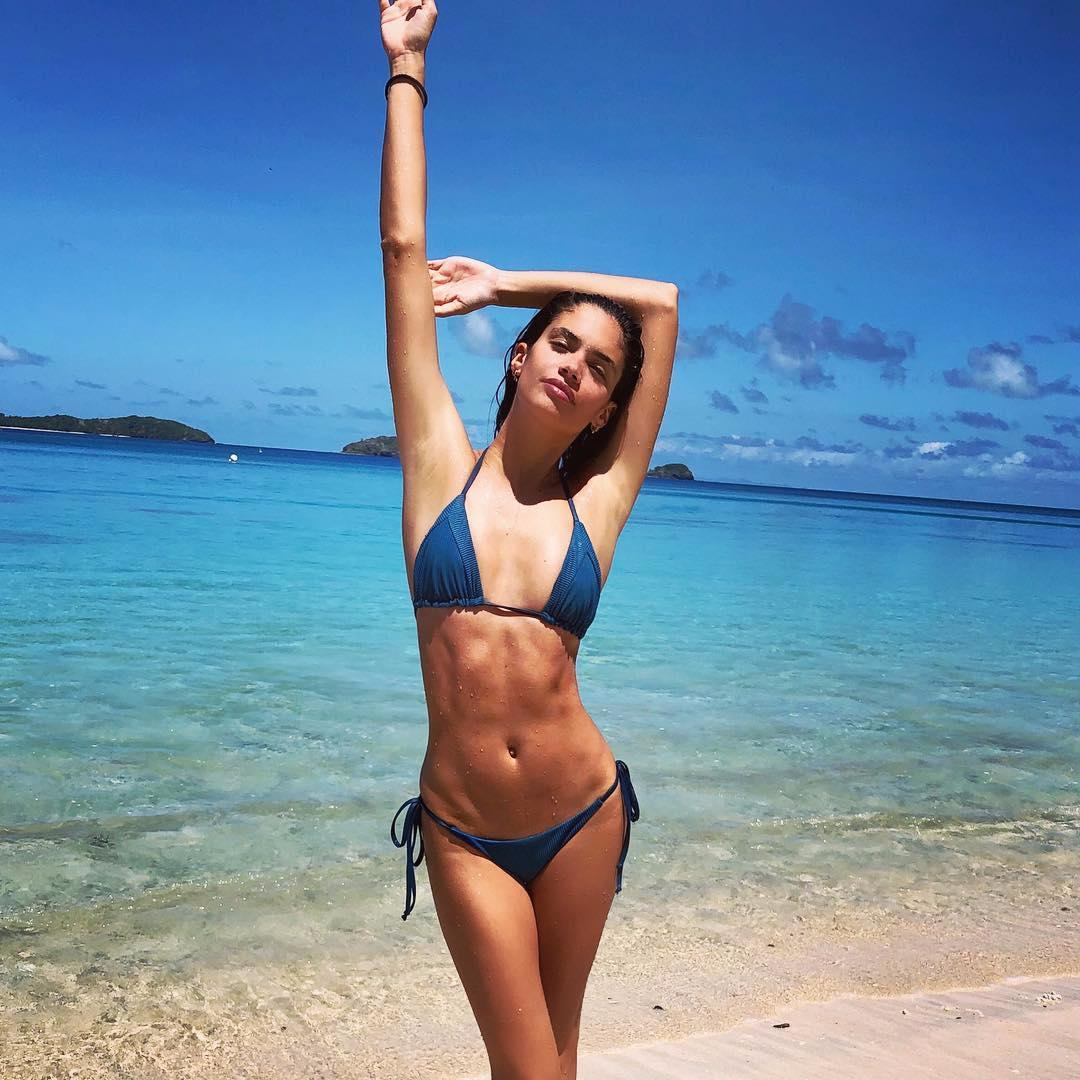 The Portugese model is an ambassador for Moroccanoil, and is the face of Si Passione by Georgio Armani.

Belgium-born Northern Irish model Stella was another one of Victoria's Secret's 2015 Angel signings.

Stella lived in Belgium with her Northern Irish parents until the age of 13, then moved to Australia for a year, before ending in New Zealand, which has given her a very unique accent. 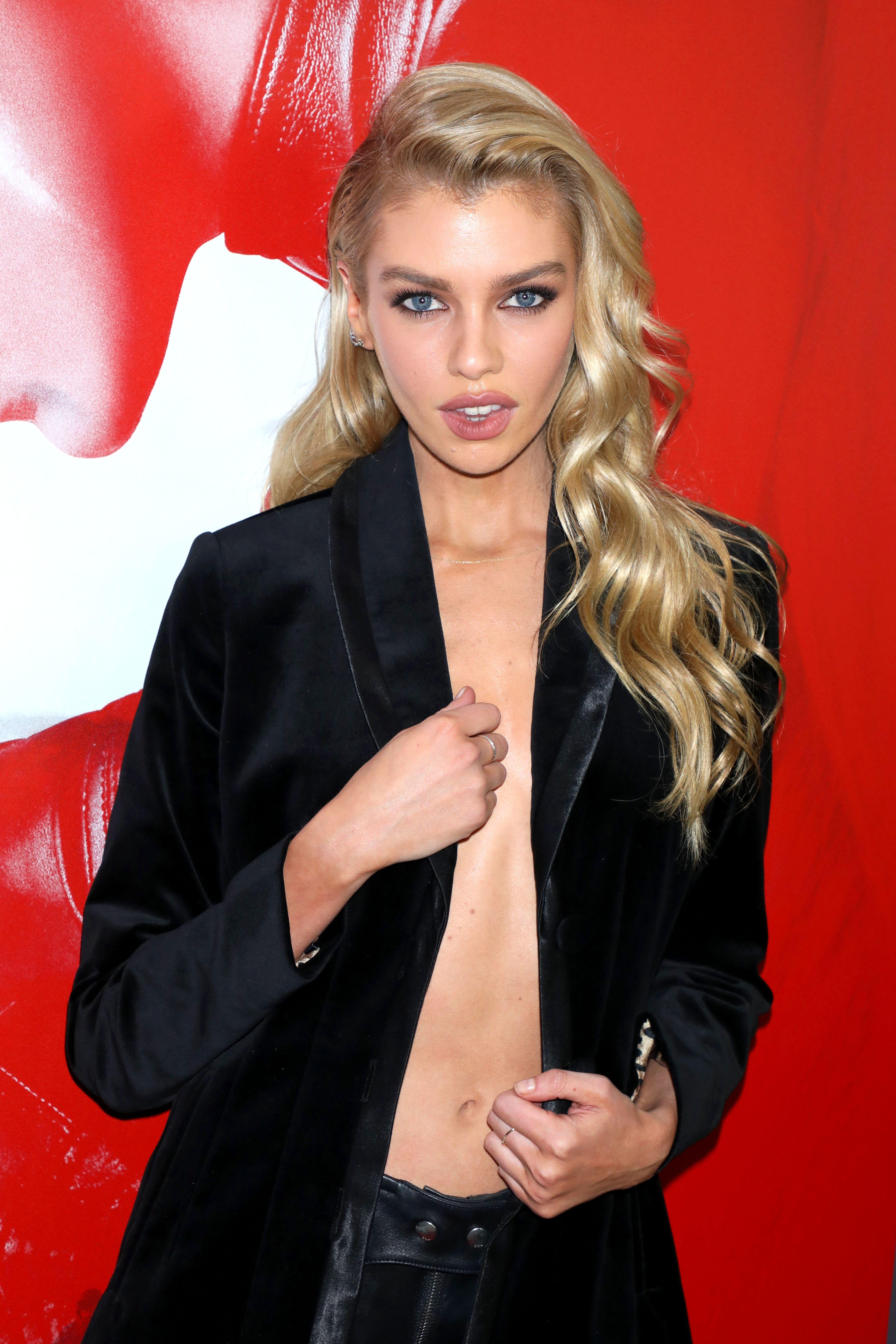 She is also known for being the face of cosmetics company Max Factor, and has been dating Twilight actress Kristen Stewart on and off since 2016.

The youngest of the Angels, Taylor is only 22 years old. 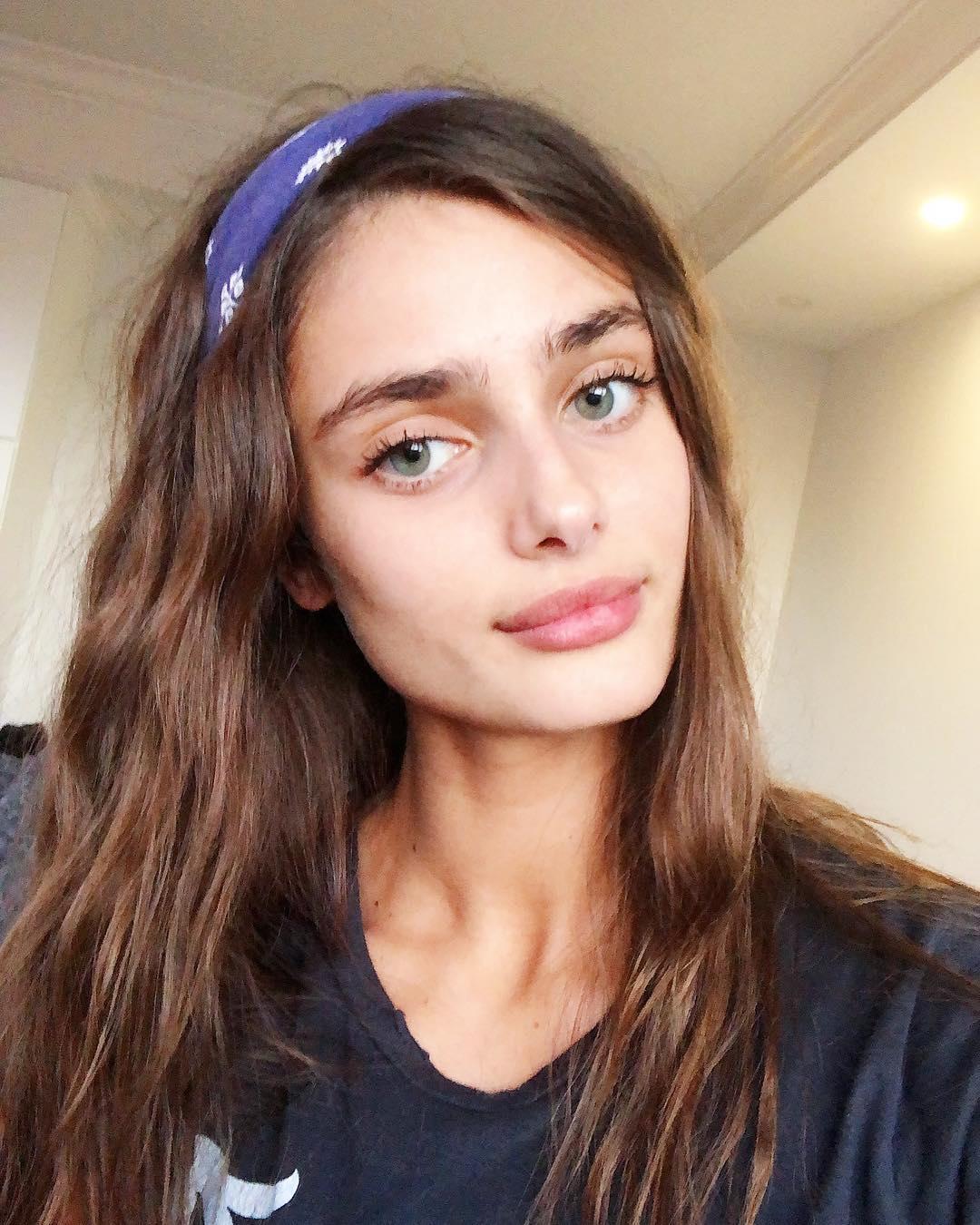 2014 was the year she first walked the Victoria's Secret Fashion Show, and she was the youngest model on their rotation.

After being voted 2015's Most Promising Model by Couturesque readers, she was soon made into an Angel by VS.

Hill has over 3.6 million followers on Instagram, making her one of the world's most followed models.