The Beatles were arguably the most famous band of all time. During the 20th century, the group had musical hit after musical hit. They reached worldwide fame, and to this day, the band still remains a household name. Although some of the band members have passed away, they left behind mega fortunes. But which member of The Beatles has the highest net worth? Here they are, ranked. 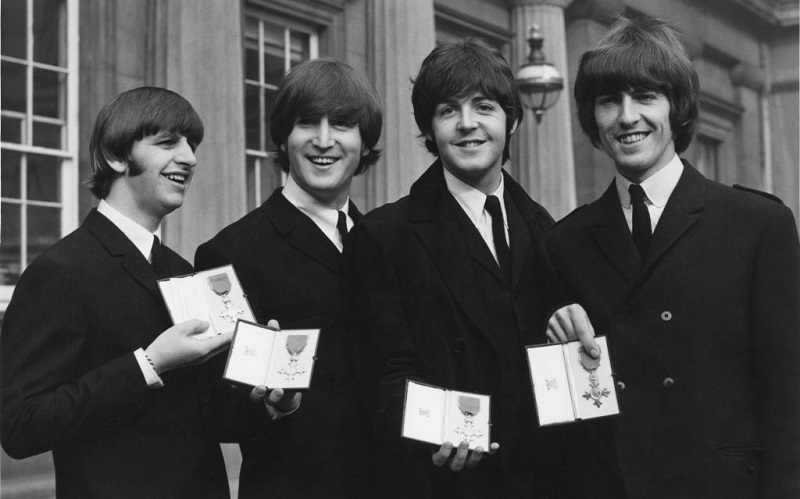 Ringo Starr was the band’s drummer. Starr had been a member of several bands before he joined the Beatles, but none of them worked out (it turned out to be for the best). John Lennon invited Starr to join the band in 1962, and he accepted the offer — which would forever change his life. Although Starr was primarily the band’s drummer, he did sing lead on a few songs, such as “With a Little Help From My Friends” and “Yellow Submarine.” He wrote several songs for the band as well, plus did some vocal backing on various hits. Today, Starr is worth an estimated $350 million, making him the wealthiest drummer in the world.

George Harrison not only had an extremely successful career with The Beatles but also went on to have a rewarding solo career. He made plenty of music with the Beatles, but released his solo album, All Things Must Pass, in 1970. The album sold six million copies. Harrison also became a member of The Traveling Wilburys after The Beatles split; he performed alongside other musicians including Tom Petty and Bob Dylan. Unfortunately, Harrison didn’t live to see the later years of his life. In 2001, he lost his battle with lung cancer and died at 58 years old. However, he left behind a massive, $400 million net worth.

John Lennon was more well-known compared to band members Starr and Harrison. Lennon wrote most of The Beatles’ music –plenty of it alongside Paul McCartney — as well as recorded songs on his own. Lennon was responsible for some of The Beatles’ greatest hits but also went on to have a successful solo career once the band split in 1970. He partnered with his wife, Yoko Ono, to release new music. The songs were loved by critics but didn’t see as much success among the public as The Beatles’ songs had. Lennon’s life was cut short in 1980, when he was shot outside of his New York City apartment. He died before arriving to the hospital, but he left behind a fortune worth $800 million.

Paul McCartney is the wealthiest Beatle of them all. Perhaps
McCartney’s most successful moment was when he wrote the hit song “Yesterday.”
It has since become one of the most covered songs of all time. McCartney did plenty
of songwriting during his time with the Beatles and after. Plus, he embarked on
a solo career that sees him still making music today. He branched out from rock
to other genres, even joining Rihanna and Kanye West in 2016 for the song “FourFiveSeconds.”
Today, McCartney has an estimated net worth of
$1.2 billion.