They’re meant to be for the community to share transport tips and discuss pony shows, but behind the tranquil façade, it’s all kicking off on our village Facebook groups. Stuart Heritage reports from the front line

Two years ago, my friend Adam moved to a village in deepest East Anglia. Having been a South London borough councillor, he was excited about trading in the hustle and bustle of the big city for something more sedate. But as soon as he arrived, he made the mistake of joining his village’s community Facebook group. 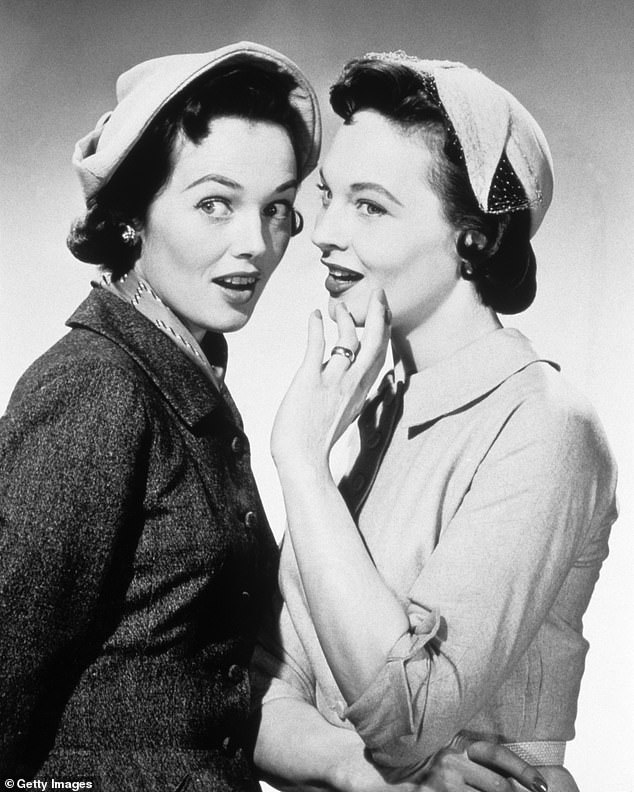 ‘Well, you know me, dear – I’m not one for rumours, but…’ Unless you live in a hut on a hilltop, it’s almost guaranteed that your community has its own Facebook group. And it’s probably been through its fair share of strife

The big summer event was the annual pony show, organised by the parish council association. ‘It wasn’t anything very professional,’ says Adam. ‘We had categories such as most attractive pony and fastest trotter.’ Nevertheless, events at the pony show conspired to tear the village apart. Questions were raised about whether one winner deserved its prize. ‘There was clear disquiet about the choices that the judges had made,’ Adam recalls, ‘and it all kicked off on social media.’

What began as mild criticism on the Facebook group descended into what Adam calls ‘strong language and questions about anyone’s ability to make judgments on anything at all, let alone the merits of a pony’. His village was at war. Things got so contentious, with decades-old grudges bursting wide open, that the administrator of the group was forced to resign. The Facebook page closed down. Another group, specifically designed to exclude the key pony-show offenders, opened in its place. ‘Quite an unpleasant episode,’ Adam remembers. ‘But the ringleaders of the dissent have been excommunicated.’ Things have since returned to normal and an uneasy peace hangs over the village. But another pony show is planned for this summer…

Would things have turned so brutal if Facebook had never been invented? It’s possible, although any squabbles would have been consigned to the relative privacy of the committee room. Being online, though, amplified these gripes so loudly that they became all anyone in the village could talk about.

This is not an isolated incident. Unless you live in a hut on a hilltop, it’s almost guaranteed that your community has its own Facebook group. And it’s probably been through its fair share of strife. With local newspapers in decline, residents are increasingly turning to these groups for their local news. If a road is closed or (in the case of my local Facebook group) a dog walker has been scared out of the woods by teenagers with catapults, the community Facebook group is where you’ll hear about it first.

But this is the internet, where polite discussions can ignite into seething flare-ups without warning. My local group is a hotbed of barely controlled fury. Almost every post, no matter how innocuous, quickly descends into spiteful pettiness. Last week a woman asked the group how much a taxi would cost from the railway station to the hospital. After three successive replies told her that a bus would be cheaper, the poor lady yelled: ‘As I have said many times on this post, no buses. I am aware there are buses.’ Then someone posted a picture of a bus and nobody has heard from her since.

The first thing you see when you join my local group is a note from the administrator, warning people not to use bad language or personal insults. It drips with the weight of trauma – ‘some members cannot heed previous warnings’, it sighs – and yet the second comment underneath is a blustery ‘Oh, for goodness sake!’, decrying all the PC censorship they’re forced to endure. And the same is true of other towns and villages around the country; if they’ve got a Facebook group, it will almost certainly have a list of rules forged in the heat of past arguments.

But while this petty behaviour is common, it seems to hit fever pitch in villages. Towns and cities have two things working in their favour: an overwhelming amount of stuff to do and a relatively fluid population. Village residents may have been there for decades and barely anything happens. Adam thought he understood how community associations worked from his time in London, but he was surprised by the ‘long memories and lack of distractions’ he found. ‘In a village,’ he says, ‘small things can become big quite quickly.’

When big things do happen, villages have a habit of making an almighty meal of them. Five years ago, residents of a Kentish village started a Save Manston Airport campaign to rescue it from proposed closure. But a split quickly formed around the direction of the group and, as happened with Adam’s neighbours, a splinter group started a competing Facebook faction, also with the intention to save Manston Airport. All the inter-group bickering sucked the life out of the campaign and soon afterwards Manston Airport closed.

To find out what drives this bizarre behaviour, I spoke to internet psychologist Graham Jones. ‘Normal social activity includes a great deal of nonverbal communication, all of which is missing online,’ he explained. ‘When people are face-to-face in the real world there are many methods by which their more negative comments would be prevented: they would be inhibited by the facial expressions of the person they are speaking with, for instance. Online, such inhibitory factors don’t exist because we can’t see the reactions of people to what we type.’

Clearly, this is true. Look at how I interpreted the posts in my own Facebook group: the bus lady I mentioned didn’t yell anything – she typed words online and I projected my own tone on to them. Now imagine my interpretation replayed a thousand times over and you can understand why the internet has become so problematic.

Jones argues that, although Facebook groups might seem to bring us together, the opposite is often true. ‘The internet increases the perceived distance between people. We have a less emotional connection to others online, even if they live in our area. The mere fact we are typing on a computer or a smartphone widens the apparent gulf between individuals, further lessening the emotional connection. As a result, it’s ever easier to be more negative.’

Which isn’t to say that these groups are purely a force for bad. If nothing else, they’re a great way to weed out community weirdos. Last month a Gloucestershire man made the news when he used the Quedgeley, Kingsway and Hardwicke Facebook group to make an urgent call for condiments. ‘Anyone got any vinegar they could pop around? Gotta be quick thou [sic], want my dinner by 8 thanks,’ he wrote. Only two people replied, one of whom suggested a supermarket trip – this made him furious. Two hours after his original post he wrote: ‘Not only did I not get anyone to get off their bone-idle a**** to deliver me some vinegar, I had to have cold chips I waited that long. I hate Kingsway.’ Were it not for Facebook, he’d just be a man in a room shouting about vinegar. Now, though, everyone can keep tabs on him.

But another friend of mine who lives in a village in the Northwest can’t find a bad word to say about hers. Someone in her group suggested offering art classes in the village hall and it instantly became oversubscribed. Another recent post was a warning to drivers that a colony of ducks had taken up residence on a particular corner. ‘I really feel connected and informed by the groups and closer to my community as a result,’ my friend told me. And when one woman who was locked in her house (her husband had left first and her door key was in her car) posted her predicament on the local Facebook page, someone managed to retrieve an emergency key from its hiding place outside and release her.

These groups are a fascinating microcosm of their community. Now, when I idly contemplate moving to an appealing part of the country, I’m just as likely to sneak into its Facebook group as I am to look up houses on Zoopla. One nearby village’s page is cartoonishly cute, consisting of polite conversations about fêtes and notices about buckets of flowers left by front gates for passers-by to help themselves. But I’ve gone off the notion of moving to a certain hamlet ten miles north because, although the place is pretty, its Facebook group is full of people complaining about the council and – worse! – typing ‘should of’ instead of ‘should have’. 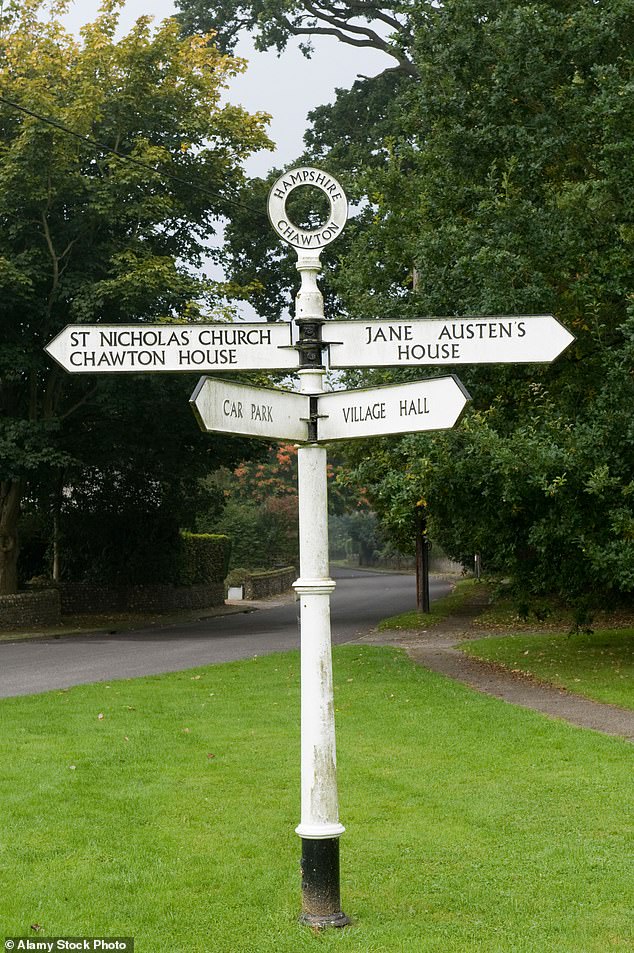 With local newspapers in decline, residents are increasingly turning to these groups for their local news. If a road is closed or a dog walker has been scared out of the woods by teenagers with catapults, the community Facebook group is where you’ll hear about it first

A seaside town half an hour away from me has one of the best Facebook groups ever. It consists of old photos of the town and the occasional advert for a yoga class. Better yet, nobody ever replies to anything. You get the sense that if you lived there you would be untroubled by curtain twitchers and gossip. It sounds perfect.

When I asked Adam if he had learnt anything from the pony-show debacle, he said, ‘The advice I’d give anyone joining a village group is to sit back, listen a lot and try not to get dragged into things too quickly. The less you engage on that platform the better. It’s an uncontrollable beast.’