There’s a lot to love about Pamela Adlon’s Better Things, the slice-of-life comedy about the all-female Fox family. It’s an unflinching look at modern parenting, working, aging, and the frustrations and delights that come from existing as a human being stumbling through life. It’s less about the drama and major twists commonly found in other television series and more about the joy, anger, and love to be found in life’s smaller moments. And the upcoming third season of the FX comedy (premiering Thursday, Feb. 28) is adding yet another layer of insightful commentary on life by focusing even more on oldest Fox sister Max (Mikey Madison) and her unconventional coming-of-age journey as she heads off to the college and becomes independent for the first time.

"Throughout all of the seasons, there has been this underlying factor of Max growing up and trying to figure herself out, but it’s even more pronounced this year," Madison tells Bustle at the 2019 Winter Television Critics Association press tour. Of course, as with everything for the Fox family, things don’t go smoothly. It’s not a spoiler to say that Max, along with her mother Sam (Adlon) and two younger sisters Frankie (Hannah Alligood) and Duke (Olivia Edward) hardly if ever follow a traditional path in life. And it was important to Madison that she bring as much pathos and reality to Max’s arc this season because of how honestly it treats Max’s journey to figure out if college is right for her.

Madison, 20, is just a few years older than her on-screen alter ego and says she identifies with a lot of what Max is going through. "She’s in this weird transitional phase between a girl and a woman, which I think I’m in right now and everyone goes through," she says. "It can be so difficult and weird at times. She’s very unsure of herself and very insecure and she’s just trying to figure it all out." 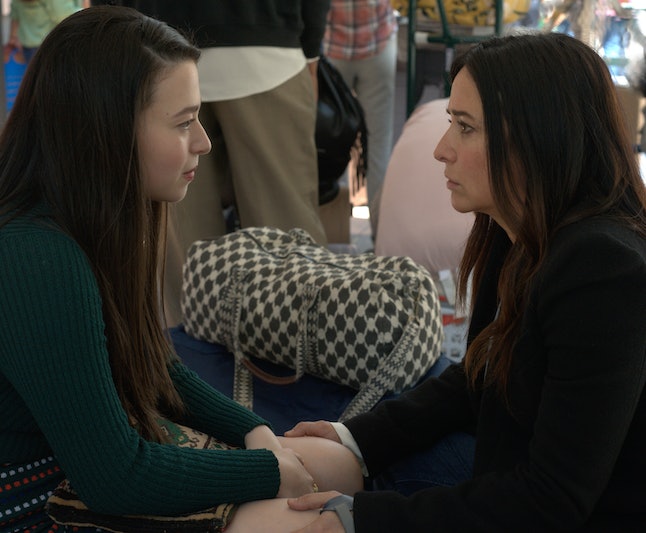 While they may be in the same stage of life, Madison knows she couldn’t be more opposite from the extremely "emotional and volatile" Max. "I welcome those differences and find the middle ground between how we’re different and how I can see that we’re similar," she says. "She feels things so incredibly deeply. She’s not very internal, so she shows everything; that means I get to play with those emotions on such an external level, which can be so fun."

And this season, that meant taking her commitment to the role to the next level. As Max struggles with the decision of what kind of future she wants for herself, it affects her in a physical way. "I had to gain weight," Madison says. "I got to play with how that shows so many unspoken things throughout the series of how uncomfortable she is. It made me as Mikey feel unsure of myself and that helped with the character a lot." While Madison loved getting to go even deeper with Max this season, she says the weight gain was her biggest challenge.

"Getting into the physicality and characteristics of Max this season was tougher than usual," she says. "I always welcome her unpredictability and dramatics, but definitely the weight gain added a new level to that. I did it myself. There were some things done with costume, things were made to be slightly more unflattering just because it’s a journey through college and coming back home, there is this physical change with her."

The fact that young teenager Max gains weight this season but it’s not called out or leered at in an objectifying way is just another testament to how important it is to have a woman helming a project about women. Adlon once again directs every episode of this season, and she made sure to keep Max’s weight gain a personal story.

"It’s unspoken — I think there’s just like one line that references it," Madison says of how it’s just something that Max deals with on her own. "It adds so much vulnerability to her because she’s so uncomfortable in who she is. She has no idea who she is and her body is changing on top of that. There’s all these different things that come together to create this inner conflict for the character." 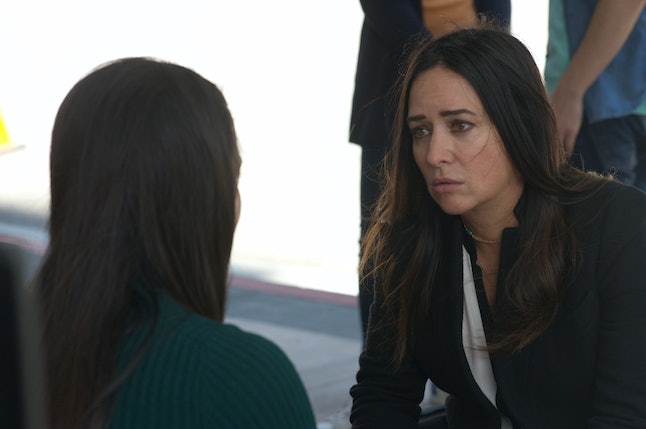 Better Things has always been unique in how it allows each character to carve out her own path, and through Max, it now tackles the universal experience of going off to college and becoming independent for the first time in yet another unconventional way.

"I think whether you go to college or not, it’s just becoming an adult and figuring out who you are and also who you want to be and just tip-toeing through that journey," Madison says of how others will be able to relate to Max this season. "It’s a lot of feeling things out. A lot of people go through that journey of self-discovery and Max is trepidatious about it."

And while the experience of young adulthood can vary from person to person, Madison hopes that other young women can learn from Max’s choices. "Max is so incredibly hard on herself, and at times when I was going through things like that, I [could] be really hard on myself too," she says. "I wish I could tell Max just to trust herself and her instincts. She’s following more of a creative path instead of a college-driven path, which is something that I’m doing as well. I hope people feel empowered by it and seeing that she’s unsure about her life, [if] they also feel unsure [they know] that’s okay."

Getting to showcase a more "creative" path for her character than the traditional four-year college degree was important to Madison, as it more closely mirrors her real-life career path than what she normally sees in pop culture.

"Before I was an actor, I just figured I would go to college and get a job somehow, but I had no idea what I wanted to do," Madison says of the more "normal" narrative kids are fed their whole lives. "I felt almost a lot of shame not going to college and not getting that education. But then I took a step back and realized I am getting an education, it’s just a different kind."

She smiles and continues, "It’s an education of being on all these sets and playing with all these characters. If I wasn’t an actor, I would probably be [studying] psychology right now because I feel like there are a lot of parallels between the two. There’s nothing wrong with not going to college. It’s always there if you want it." With an open mind like Madison’s, Max could certainly learn a thing or two.