The phrase is as recognizable as please and thank you – everyone knows that when you’re going door to door collecting candy on Halloween night, you’re meant to shout, “TRICK OR TREAT!” when the homeowner arrives at the door bearing candy. But what does trick or treat actually mean? Does anyone dole out tricks instead of sweet confections? And most important of all, is there a way to ban people from handing out fruit on Halloween night?

As it turns out, the history of Halloween – and trick or treating – is stranger than you may realize. Though when you really think about it, allowing little kids to travel door to door demanding free candy is a pretty weird tradition. 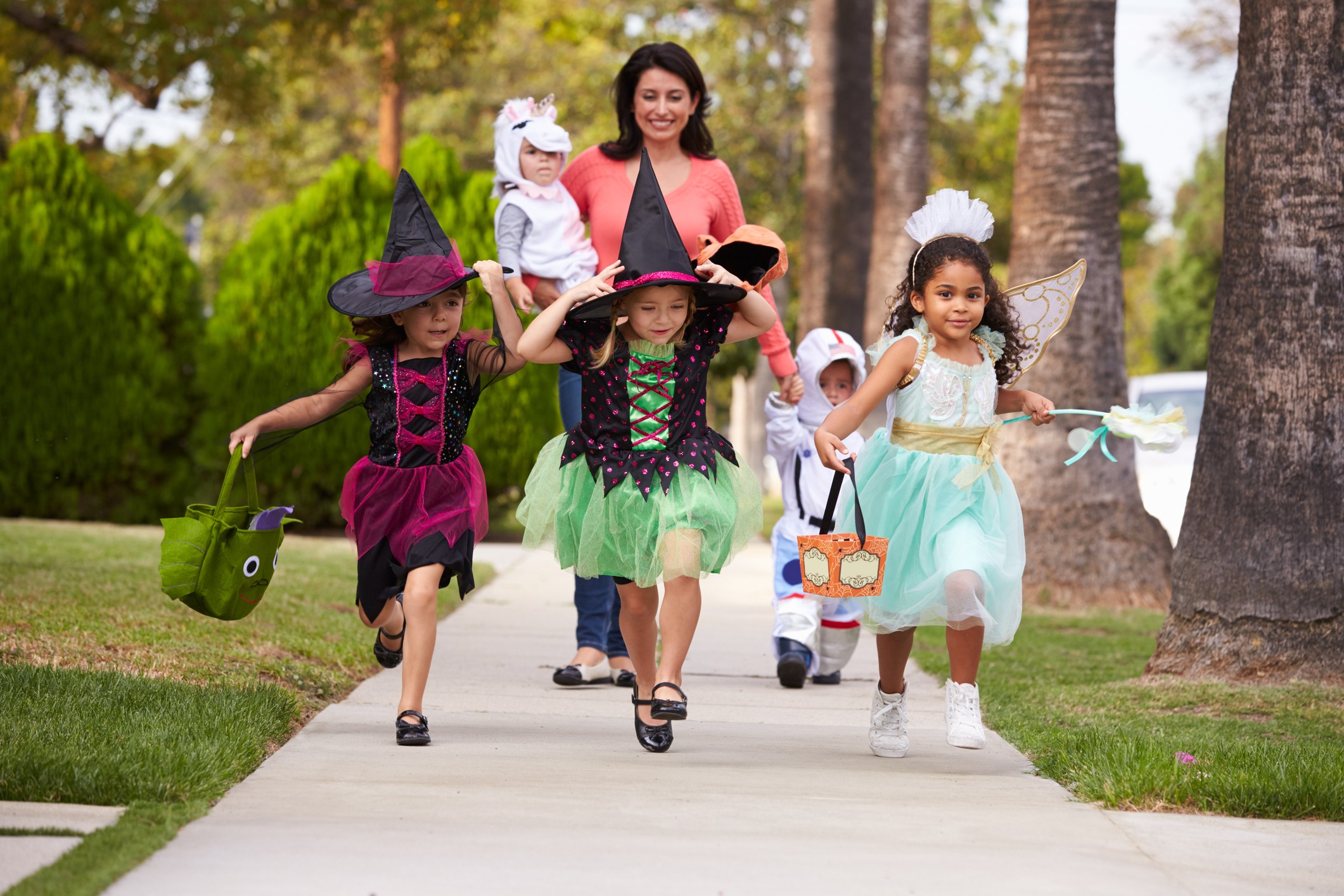 Demons and angels on Halloween night

The practice began as part of the Celtic tradition of dressing up as evil spirits at the end of the year during a festival called Samuin (or Samhain). They believed that at year’s end the worlds of the living and dead would collide, allowing demons to roam amongst the living freely. That’s where dressing up as demons came into play – disguising as one would help you blend in and not get caught by one. The demons would be tricked into thinking you were one of them.

The more modern version of trick or treating has roots in Catholicism when they changed the demon dress-up activities into a more Christian-based activity. The church created “All Hallows Eve” followed by “All Soul’s Day” and “All Saints Day” around the Halloween holiday. In the Middle Ages, children and poor adults participated in “guising” (short for disguising) and went door to door begging for food or money in exchange for songs and prayers. They dressed as angels and saints, not demons. But this practice wasn’t called trick or treating yet – it was known as “souling” and the pint-sized revelers were called “soulers.” Other countries such as Scotland still call it souling in modern times.

Trick or treating in the United States

The first settlers from Europe brought plenty of customs to America but trick or treating wasn’t one of them. That tradition didn’t become popular until the 1920s and 1930s, though it was temporarily halted during World War II due to sugar rationing.

It turns out trick or treating isn’t as popular in the rest of the world as it is in the United States. A 2006 survey found that about half the population of the United Kingdom keeps their porch lights off and refuses to participate in Halloween festivities. 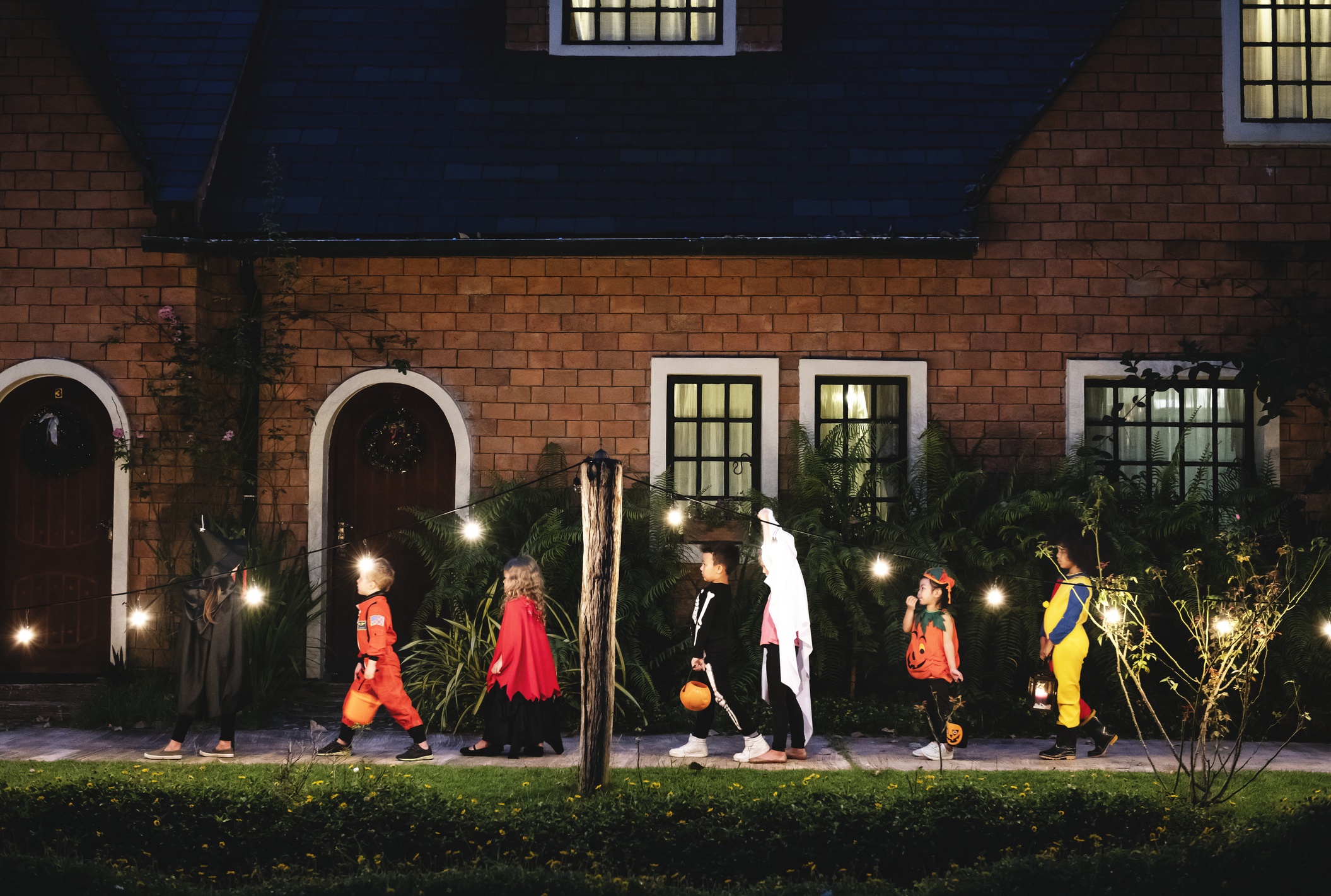 The origin of the phrase

But what about the actual phrase? The earliest known reference to “trick or treat” appeared in the November 4, 1927 edition of The Blackie Times in Alberta, Canada and said:

“Hallowe’en provided an opportunity for real strenuous fun. No real damage was done except to the temper of some who had to hunt for wagon wheels, gates, wagons, barrels, etc., much of which decorated the front street. The youthful tormentors were at back door and front demanding edible plunder by the word “trick or treat” to which the inmates gladly responded and sent the robbers away rejoicing.”

There are other early references to the phrasing, too. The Oregon newspaper The Oregon Journal from November 1934 said:

“Other young goblins and ghosts, employing modern shakedown methods, successfully worked the ‘trick or treat’ system in all parts of the city.”

Some believed that trick or treat was a thinly veiled threat. They thought the candy procured was just a means of protecting the homeowner from becoming the victim of a prank. The Reno Evening Gazette put it this way in 1938: “Trick or treat was the slogan employed by Halloween pranksters who successfully extracted candy fruit from Reno residents. In return, the youngsters offered protection against window soaping and other forms of annoyance.”

Love it or hate it, the tradition continues, and it’s more popular than ever. Happy Halloween!