Even as he prepares for his glam-sounding second wedding, Karl Stefanovic may be tempted to regard himself as something of a PR victim.

In the world of the women's mags there may as well still be a "kick me" target on his back, despite it being more than two years since he left the marital home. 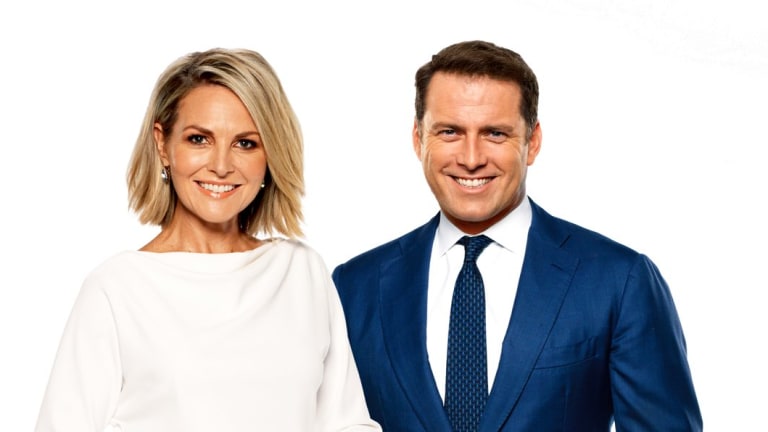 The enduring, close coverage of all things Stefanovic suggests an odd and ongoing fascination with the fortunes of this one guy even though his only "crime" is getting divorced.

The latest batch of news stories asks whether he will be back at Georgie Gardner's side next year (yes), and why he reportedly hired a personal reputation manager.

Scrutiny has been so intense, Stefanovic could be forgiven for wondering why he has been in the gun for so long.

He tried to make amends with women viewers, whose desertion has been blamed by TV commentators for Today's ratings issue.

He has let people in, via press interviews, on how much he suffered emotionally after leaving his wife of 21 years, the mother of his three children, Cassandra Thorburn.

He has emphasised it was five months before he met and began dating his now-fiancée, shoe designer Jasmine Yarbrough.

And he (reportedly) even hired a fashionable fixer, PR Mitch Catlin, in an attempt to re-endear himself to his public. But even the latter has been seen to backfire, by being reported at all.

Having been feted as a TV It-boy and all-round Teflon man for much of his 13 years on Nine's hit breakfast show, it must be mystifying to Stefanovic that the leak in his public standing is now looking bad enough to potentially sink the ship.

Of all the issues said to have contributed to the shunning of Karl by women (including the Ubergate scandal in which he was outed slagging off his dignified co-host, Georgie Gardner), that he switched life partners, swiftly, has been interpreted as "the straw".

But plenty of men have up-ended a long-term marriage, and been allowed by those around them to move on.

And plenty have chosen a younger woman (though at nine years, the Stefanovic/Yarbrough age gap is hardly huge). None of that is scandalous.

So, what are we to interpret from the particular refusal of women to forgive Karl Stefanovic, a man we don't know and who has done nothing to us, personally?

What lesson is there in this for other high profile men wishing to remain sweet with their public (be it viewers, voters or plain old employees), about how to manage themselves out?

For mine, it really is all about appearances.

For many women, the desire to see another woman's feelings and dignity prioritised, even protected, when she is wounded and vulnerable is primal.

We don't know Cassandra Thorburn – we may not even like each other if we did – but, dammit, we felt her pain when we saw those first pictures of her very recent ex "canoodling" with his new girlfriend and his laddish mates on a boat.

Those first "loved up" images were not orchestrated – far from it: they were the work of nosey paps – still, the opitcs were stinging. And, the subsequent stream of intentionally-posted social media images of their happy-happy new love affair has not escaped lady viewers.

We may not all have been Cassandra Thorburn – being  ejected from what we thought was a forever thing, and left carrying the teens by someone who seemed intent on reliving their carefree days – but plenty of women have supported a friend torn up by that scenario.

And I bet plenty have quietly dreaded going through it themselves.

It may be what "everybody does now", but all of the Instragram good times/romantic glee posted by 44-year-old Stefanovic (and slavishly reported), while we know his ex-wife was probably at home slaving through an English essay with a child that night, does not make you feel warm and fuzzy.

His obvious happiness is not the problem, I'm guessing. It is that he broadcasts fun times with the new flame, voluntarily and widely, while Thorburn picks up the pieces. This is what has pushed any empathy left for someone who needed to exit a marriage, as many do, to the cliff and over the edge.

Take note, divorcing guys who want to move on (which is everyone's right): do it with a bit of discrete class if you want to avoid the kind of sticky fallout endured by poor old Karl.