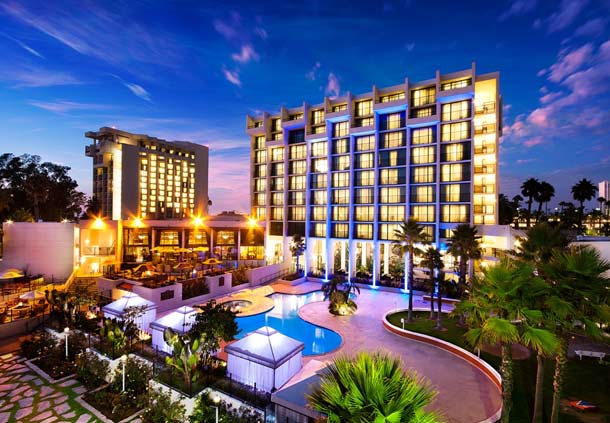 Marriott reports that as many as 500 million Starwood guests’ personal and financial information was breached, USA Today reports. The breach may have captured information over the past four years. This includes data like name, mailing address, phone number, and email address. But also passport numbers, Starwood Preferred Guest account information and reservation data.

Some guests’ had credit card numbers and card expiration dates too, according to Forbes. Those at risk are customers who made a reservation at a Starwood hotel on or before  September 10, 2018. The Marriott data breach is just the latest hack in the line of some pretty large data breaches in the past few years. And possibly one of the largest.

In 2017, hackers nabbed people’s names, social security numbers, birth dates, addresses. And, in some instances, driver’s license numbers through credit reporting service, Equifax, according to the Federal Trade Commission. Hackers also stole credit card numbers for 209,000 people. Plus the personal information for people from the UK and Canada.

Some consumers placed a credit freeze on their report to prevent further vulnerability. And added fraud alerts to their files.

CHICAGO, IL – AUGUST 22: Customers shop at a Target store on August 22, 2018 in Chicago, Illinois. Target today reported a 6.4 percent jump in store traffic for the quarter, the biggest increase in at least a decade. The retailer also reported a 41 percent increase in online sales for the quarter. (Photo by Scott Olson/Getty Images)

In 2013, at least 70 million shoppers had their personal and financial information compromised, Tech Crunch reports. This included names, mailing addresses, phone numbers, and emails. But also, 40 million credit and debit card numbers. Expiration dates and CVV codes were ripped off as well. This includes even PIN data. The breach occurred over a short period of time, November 27 through December 15.

Customers who used credit or debit cards at a Home Depot self-checkout were part of a hack in 2014, Reuters reports. The breach occurred in the U.S. and Canada between April through September. Approximately 53 million people also had their email address stolen.

In 2014, eBay said hackers lifted personal information like customer names, e-mail addresses, addresses, phone numbers and dates of birth, The Washington Post reports. The attack in one month, between February to March. “Cyberattackers compromised a small number of employee log-in credentials, allowing unauthorized access to eBay’s corporate network,” according to a statement made by eBay.

The 2016 Yahoo! data breach is considered to be the largest in the 21st century. The hack included names, birth dates, email addresses, and phone numbers for 500 million people. However, Yahoo! tried to avoid news leaking that they were previously hacked in 2013. That hack impacted 1 billion accounts. Yahoo! updated their statement in 2017 to say 3 billion users were violated.